By way of Butchershole Bottom to Birling and Beachy

Your price
£12.50
Easy Moderate Very Hard
Distance is 22 km (14 miles); total ascent is 872 m; terrain is very hilly with many ascents and descents; surfaces are dirt, grass and tarmac

Twenty-two kilometres, six hills, three villages, two lighthouses, one iconic coastal feature and one aspiring, inspiring new OutdoorLads walk leader: Mr Ian Green. Ian, for whom your support is sought on his assessed walk, will be showing us around the beauties that abound at the termination of the South Downs on a new linear route starting at Polegate and ending at Eastbourne. The route, which partly follows the 1066 Country Way, the Wealdway and the South Downs Way, goes through the uncomfortable-sounding Butchershole Bottom before culminating at the headlining headland. The wide woodland of Friston Forest and the hidden hamlet of Jevington will add to the build-up.

Polegate Windmill: Ovenden's Mill is a grade II* listed tower mill with a white cap and fantail. Built in 1817. Working and open to the public.

Combe Hill: Early Neolithic causewayed enclosure, oval in plan with two circuits of banks and ditches. Dated to 2640 BC. Classic downland sheep-grazed pasture all around.

Friston Forest: Extensive beech forest. The conifers that were once planted are being removed.

East Dean: St Simon and St Jude Church has a Saxon tower and an unusual tapsel gate which rotates and prevents cattle entering the churchyard. There is an attractive triangular village green fringed by flint cottages. The Dipperays is Georgian.

Friston: St Mary's Church is mostly Norman with a C14 chancel. Tudor brasses and monuments to the Selwyn family and the grave of composer Frank Bridge (1879–1941). Friston Place is C17 with a pretty wellhouse in front of the facade.

Birling Gap: A coastal hamlet with a cafe and visitor centre run by the National Trust. A row of cottages have already been lost to the sea; more will follow as the property is not considered worth protecting from erosion. A metal staircase enables access to the beach. The cliffs are biological and geological Sites of Special Scientific Interest.

Beachy Head: Famous chalk headland where the South Downs end. 162m high cliffs. On a clear day views to Dungeness in the east to Selsey Bill in the west. The name doesn't relate to 'beach' but is a corruption of the French 'beau chef' meaning 'beautiful headland'. A landmark to sailors but the rocks below a danger to shipping. Belle Tout lighthouse (1831), superseded by Beachy Head Lighthouse (1902), built at the base of the cliff to avoid being hidden by fog as Belle Tout was.

You are welcome to bring your dog on this walk but bear in mind that the distance, terrain and weather may be exhausting for them. There could be a number of stiles, and fields with livestock and hazards such as roads and cliff tops that necessitate the dog being put on a lead.

Suburban streets will take us away from the station to the windmill in Polegate. More suburban streets will take us to the South Downs National Park, where the 1066 Country Walk will take us up Butts Brow and Combe Hill to Jevington. A footpath will then take us up to Friston Forest to Long Hill, Snap Hill, Friston Hill and Butchershole Bottom. A bridleway and then a footpath past Friston Place. A footpath to Friston, then along Hobb's Eares to East Dean and over Went Hill will take us to the Birling Gap for a drink and perhaps a moment on the beach. The South Downs Way and the Wealdway will then take the group over Beachy Head and down into Eastbourne. 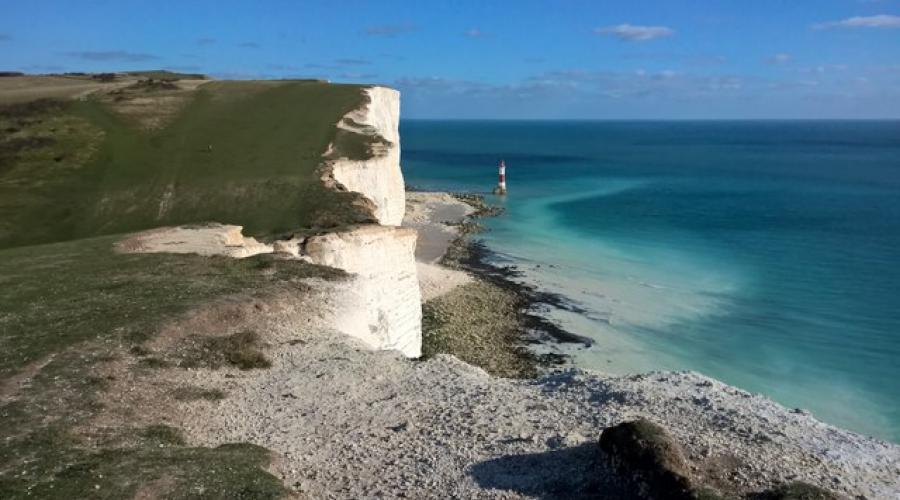 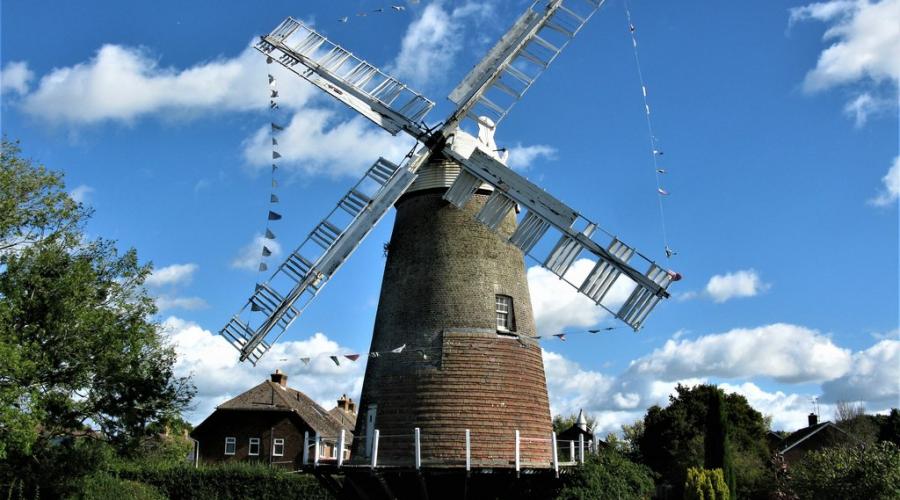 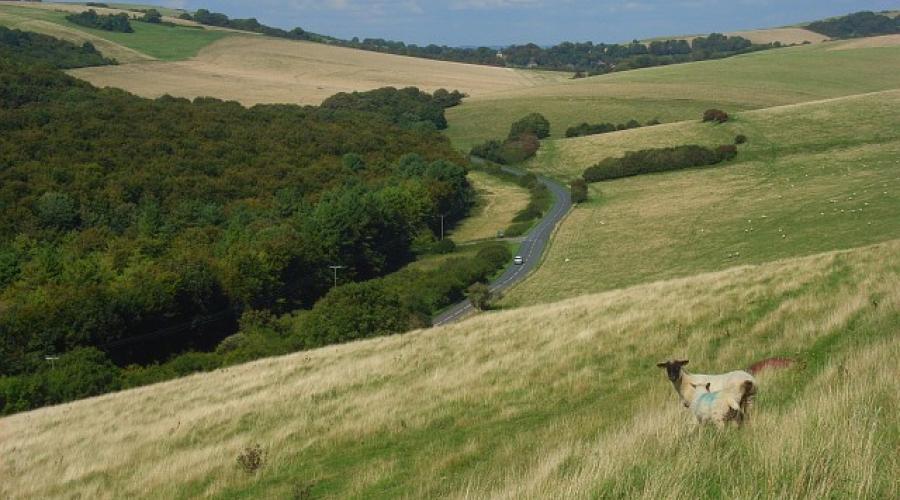 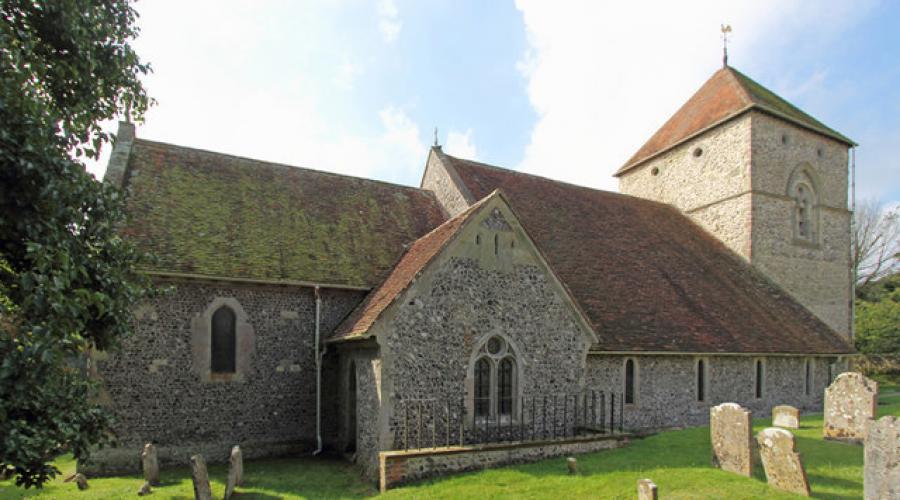 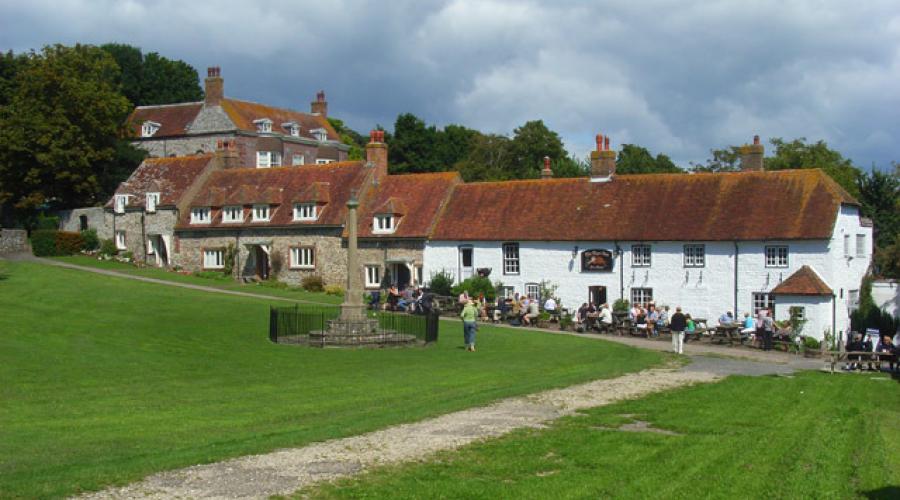 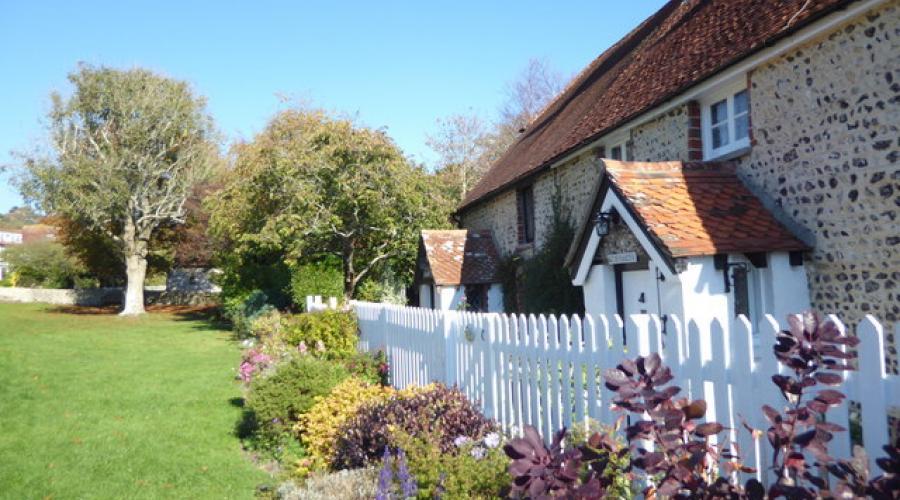 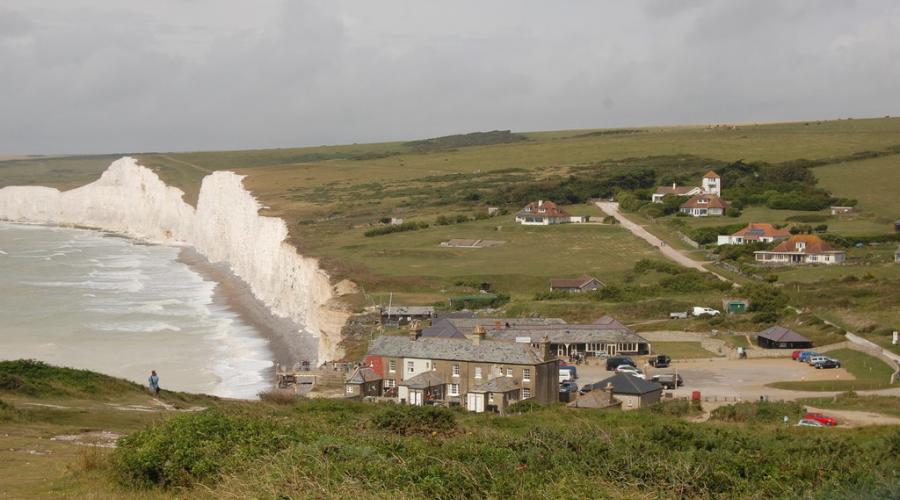 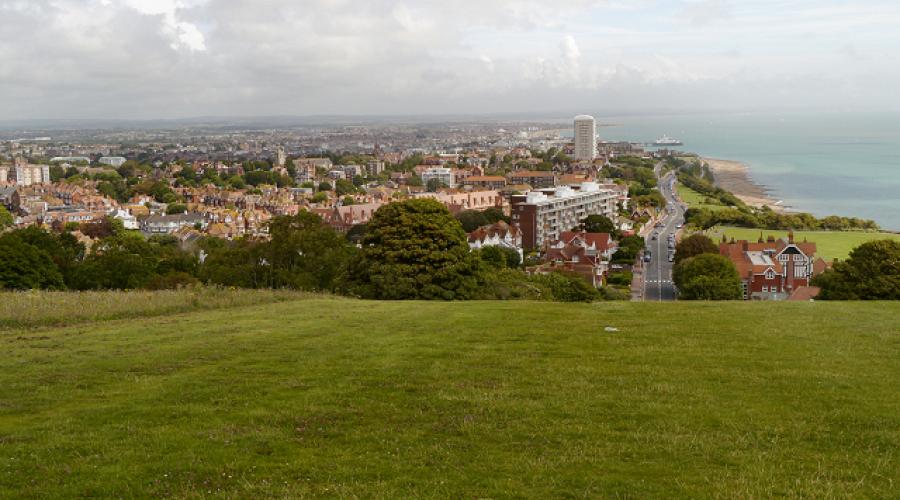 Walking boots or shoes with a good fit, good traction and good support are ideal because there is a lot of ascending and descending. Wear thick socks to prevent blisters. Wear clothing appropriate to the weather (i.e. wet-weather gear, including waterproof trousers if heavy rain is forecast). Avoid wearing jeans to walk in as they become heavy and abrasive when wet.

Consider bringing something waterproof to sit on at lunchtime if the weather has been wet.

Please bring a packed lunch and plenty to drink. There will be an opportunity to buy drinks and snacks at the National Trust Birling Gap cafe in the afternoon. You can get food and drink in Eastbourne at the end.