A Trek to Terwick for Lunch beside the Lupins

Your price
£10.00
Easy Moderate Very Hard
Distance is 23 km (14 miles); total ascent is 532 m; terrain is hilly with some short ascents and descents; surfaces are dirt, grass and tarmac.

Bookings and cancellations are now open until 10 o'clock on Saturday morning.

I'm all for taking time out to admire flowers. The Japanese take holidays to contemplate the cherry blossoms (hanami), their fragility prompting reflection upon the transience of beauty, pleasure and life. The lupins on this walk are rather more robust, but if the spring has been too cold or mild, they might not be at their best. No matter; there will be plenty else to see on this day walk of diversity and delight. The diversity will arise from the geology and scenery, from the pine woods on the rugged greensand hills to the pony paddocks beneath them; the delight from the distant glimpsed views, the early summer flowers and the tiny, timeless corners. Plus, this will be my 90th lead, so I'll bring cake!

Harting Combe and Tullecombe Woods: 'Combe' means a steep-sided valley. The valley is cloaked with dense pine and sweet chestnut woods and heaths of gorse and bracken. Wood duck, goldcrest and firecrest inhabit the woods, and streams run through the deep ghylls (small ravines).

Borden (not Bordon!): Scattered cottages in a tiny wooded valley, more like the Welsh Marches than West Sussex, and with a really powerful and enchanting spirit of place.

Chithurst: 'Church and farms beside the River Rother...lush and intricate in spring, like a Pre-Raphaelite picture. The view from the west door of the church is disturbingly verdant and English, like an over-vivid dream' (Ian Nairn). The place is still remote and inaccessible in the densely wooded Weald, like it has been throughout history. As a result Buddhist monks of Thai Forest Tradition make their home at Cittaviveka, a Therevada Buddhist Monastery which occupies a Victorian manor house. St Mary's Church is a tiny Saxon affair, early 11th century, and still untouched by the 20th, let alone 21st century.

Terwick: St Peter's Church is also small, and mostly 12th century albeit heavily restored. 'Beautifully sited: alone in the fields, with a foreground of hilly meadows and a background of the South Downs at their most majestic' (Ian Nairn). The lupins thrive in a field owned and managed by the National Trust. Read about how they came to be here, but in brief, the field was used for 40 years by the vicar who planted it with lupins and gave it to a parishioner who had always admired them. She gave the field to the National Trust in 1938 on the understanding that lupins be grown there in perpetuity.

Rogate: Located halfway between the hilly heathlands near Midhurst to the north and the South Downs to the south, a nice group of church and cottages by the crossroads on the busy A272. St Bartholomew's Church is 13th and 14th century, but restored in 1875. The White Horse pub has recently reopened.

I welcome dogs on all my walks and this walk is suitable for them as it has few fields with livestock. However, your dog must be obedient and responsive if it is off the lead. One problem is that there are around 10 stiles in the first quarter of the walk, and warm weather may also be a concern.

Leaving Liss via Hatch Lane and Huntsbottom Lane to the east, we'll reach the B2070, we'll walk along its pavement a little way, then cross and descend Rake Hanger. Footpaths will take us southeast to Harting Combe, Fyning Hill and Rondle Wood. Before long we'll be at Borden where we'll follow Green lane east then south to Chithurst. Brier's Lane and Cumber's Lane will lead us westwards to the A272 which we'll cross and then follow footpaths to Terwick Church for lunch (well over half-way) and then, soon after, a pint in Rogate. Footpaths and lanes heading wst will takes us out of Rogate towards Durford Wood, after which we'll cross the B2070 again and then take Stodham Lane and footpaths northwards back to the centre of Liss past the Harold Hillier tree nursery. 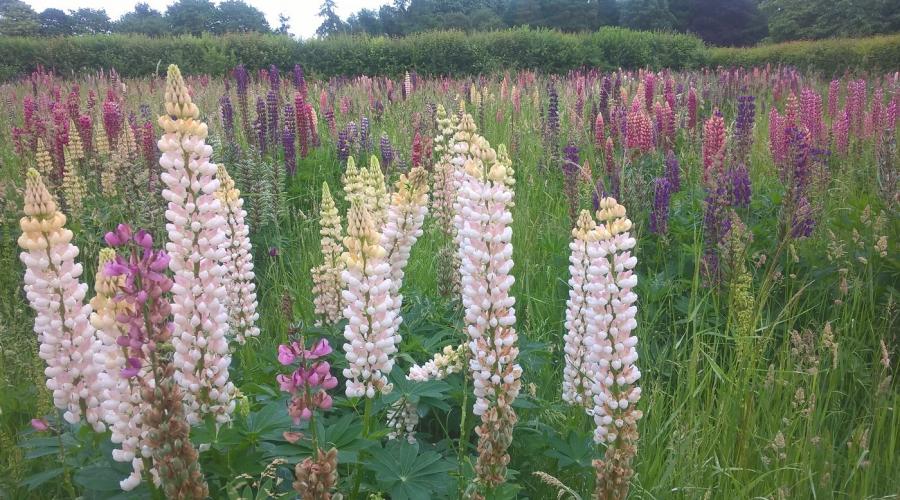 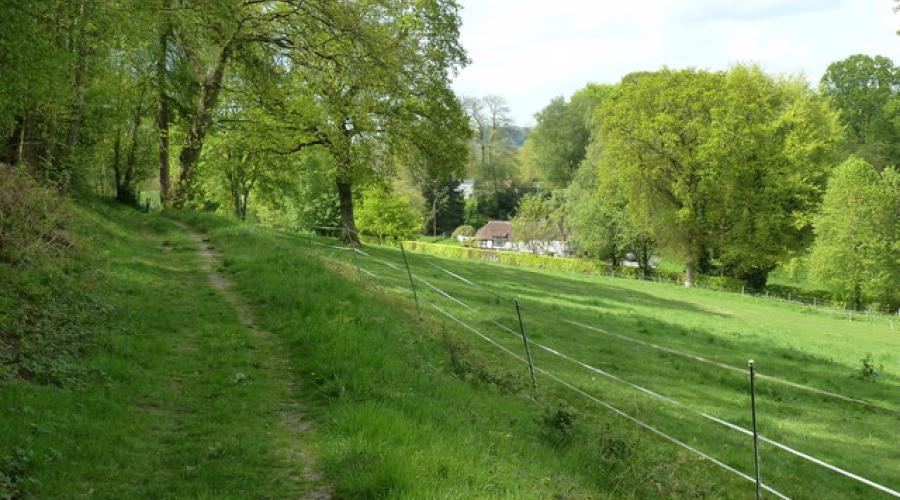 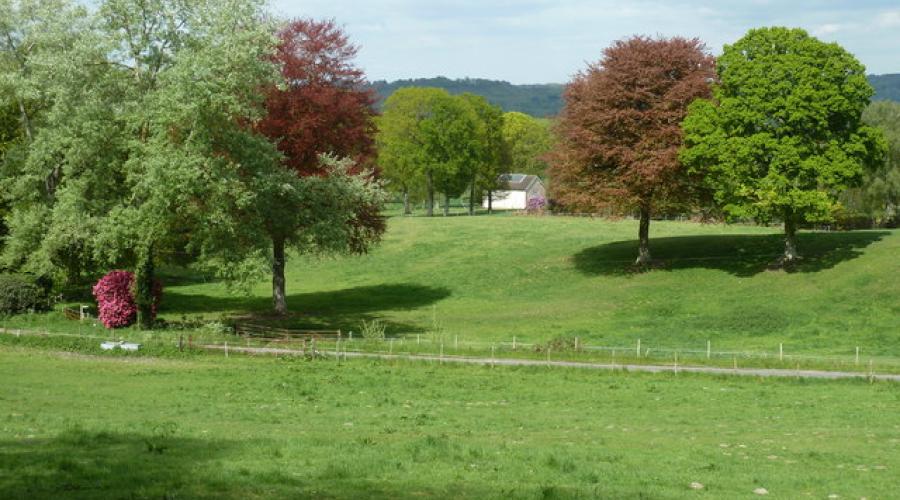 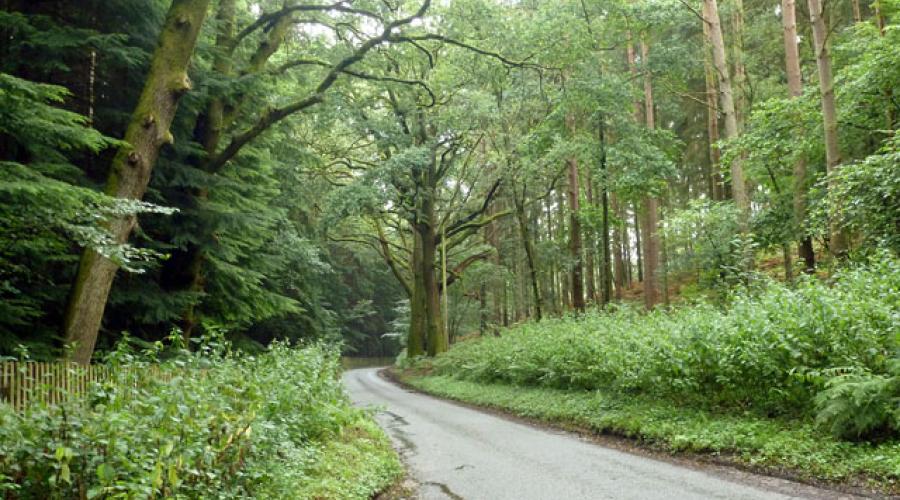 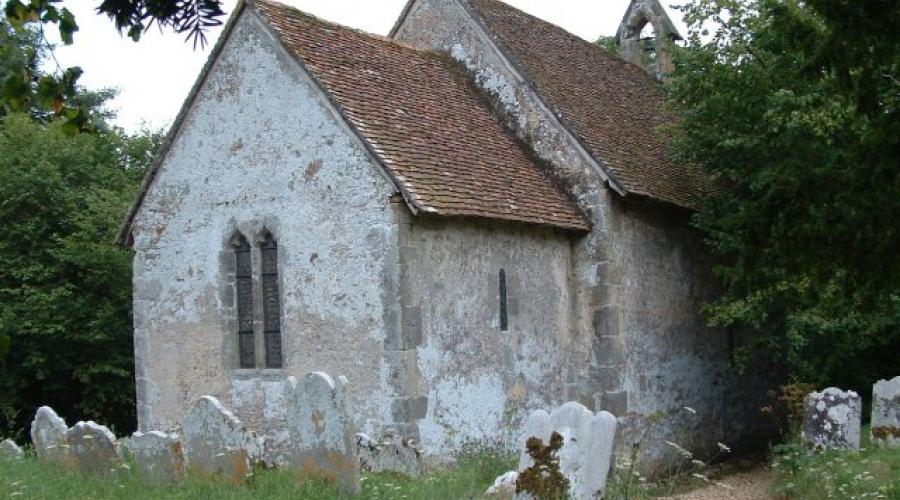 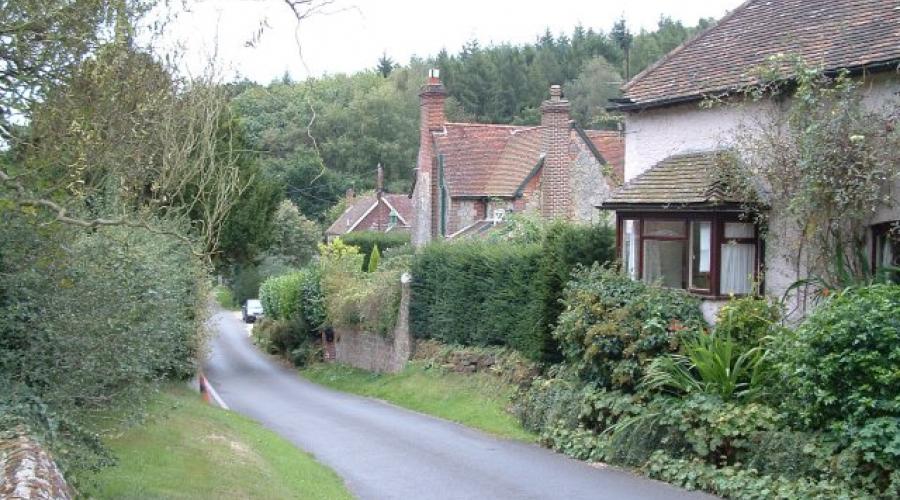 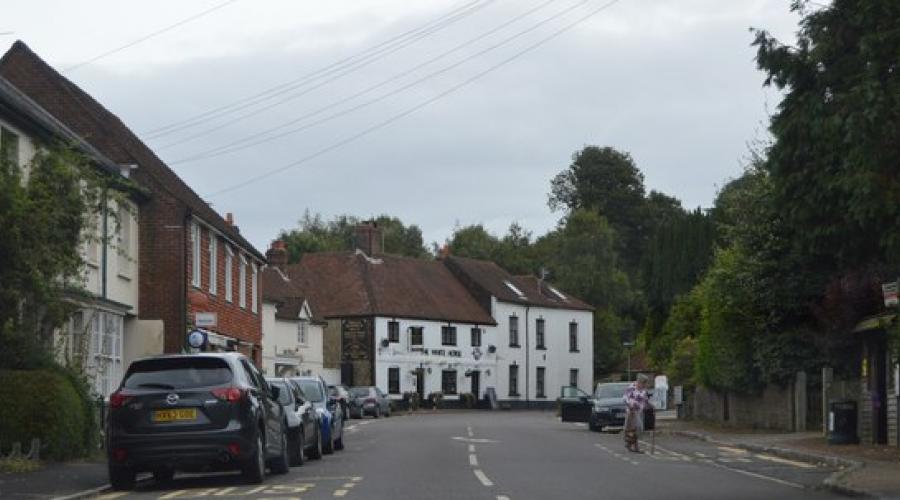 Walking boots and essential to cope with the steep inclines. Wear thick socks too to prevent blisters. Warm-weather wear such as shorts, a hat and a high-factor sun cream may be appropriate (although shorts leave no protection against nettles), otherwise wet-weather gear.

Please bring snacks, a packed lunch and plenty to drink (2 litres is the recommendation). There is a bakery and a Tesco Express in Liss should you wish to get food there. We'll stop for a pint at the newly reopened White Horse at Rogate, and if you're really desperate, The Whistle Stop in Liss. Lunch will be late at 14.00 as it's 14 km (9 miles) round a 23 km (14 mile) walk.