To which can be added a major river floodplain: the Arun at Amberley. In fact, all of Sussex's various landscapes (except for the coastal plain) will be present on this walk, and all looking their autumnal best. It's high time that this leader went back to his 'blue remembered hills', his 'land of lost content' having spent too long exploring the heaths of Surrey, albeit in the company of you splendid chaps. Chalk Scarp: The route will gently climb to Glatting Beacon (245m), before steeply descending to the... Clay Vale: On the flat are Bury, Sutton and Bignor, built of flint, clunch, timber and stone from the... Greensand Heath: At Lord's Piece, Sussex imitates the New Forest with ponies, oaks and bracken.

Bignor Hill and Glatting Beacon: 225 and 245m respectively, some of the loftiest hills and best scenery on the South Downs. Tumuli and antennas on Glatting Beacon, but also a great place for an early lunch.

Lord's Piece/Sutton Common: Like the New Forest, a sandy heath of birch, oak, bracken and gorse, but backed by lovely views to the Bignor and Bury escarpment. A 3500 year old tumulus is present. Linked to Coates Common nature reserve.

West Burton: Hamlet; no church. Cooke's House is a solid late 16th century house with a charming Jacobean doorway in its high wall.

I welcome dogs on all my walks and this walk is suitable for them. It has some fields with livestock, and is of moderate length. However, there may be a number of stiles and there will be a number of roads to negotiate. Dogs must be obedient if they are off the lead.

The South Downs Way will take us out of Amberley, along the River Arun, across the Arun and then up Houghton Down and across the A29 to Westburton Down, Bignor Down and eventually Glatting Beacon where we'll have an early lunch. We'll then leave the scarp and descend to the clay vale by way of Glatting Hanger. Footpaths will take us to Sutton where a lane heading northwest will enable us to pick up the Serpent Trail to go to Lord's Piece. A loop around this will bring us back toward Bignor Park through Decoy Copse and Courthill Wood and then to Bignor. The West Sussex Litweray Trail will take us to West Burton, then Bury where a route back along the Arun, partly the same as outward-bound, will bring us back to the station.

(Picture credits: The View East from the A29 by Barry Shimmon; View from Bignor Hill by Simon Carey; View across field to wood at Lamb Hanger by Dave Spicer; Downland, Sutton, by Andrew Smith; Beside the River Arun, Sussex by Peter Trimming; The Village Street, Bury by Stefan Czapski; Bignor Hill by Trevor Harris; Chalky Bridleway near Glatting Hanger by Dave Spicer; Pigs at Cross Dyke Gap by Robin Webster; Unnamed Lane passes The Yeoman's House by Stuart Logan; Parkland at Lord's Piece by Richard Thomas; Serpent Trail Crossing Lord's Piece by Chris Thomas-Atkin; View of the Pond by the Road at Lord's Piece by Chris Thomas-Atkin (all images licensed for reuse under Creative Commons).) 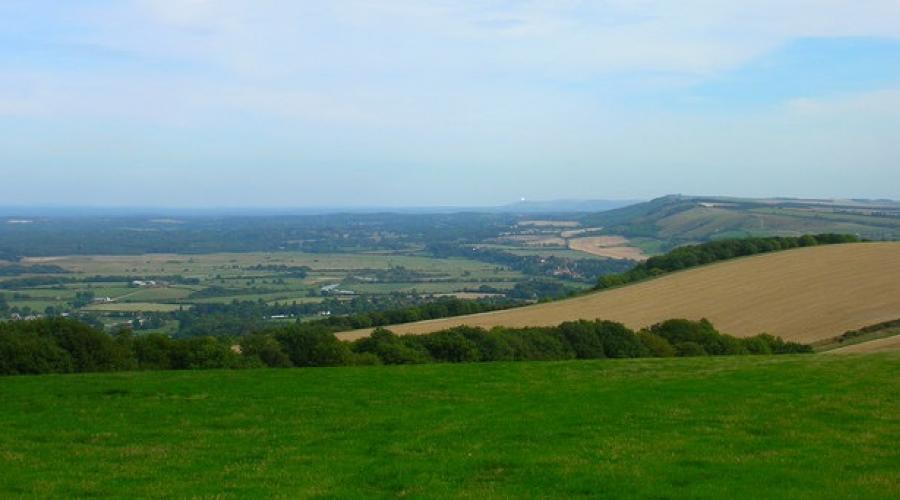 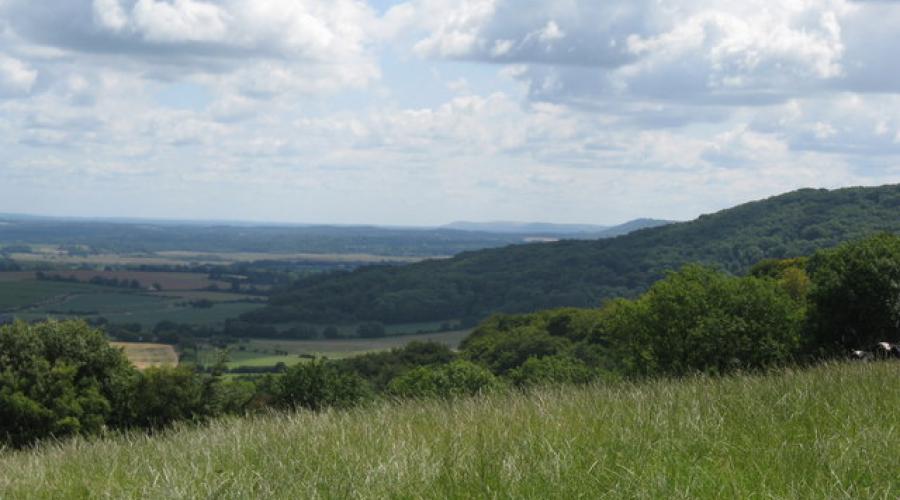 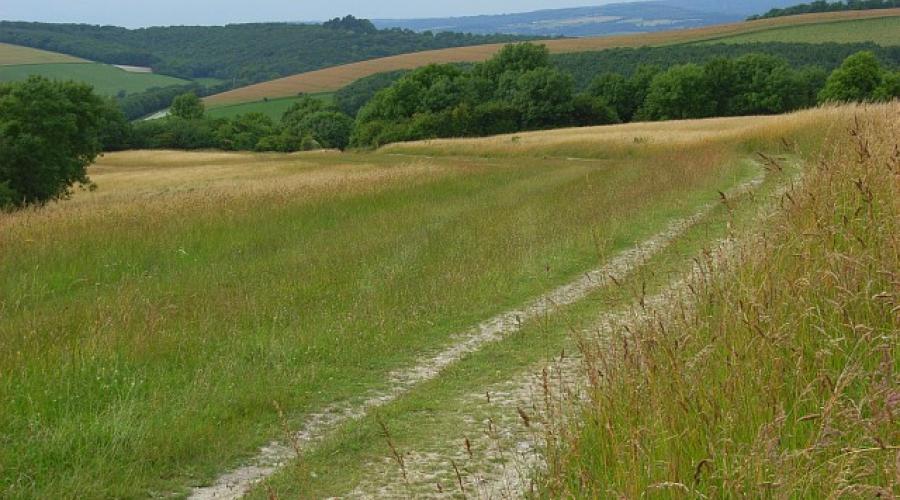 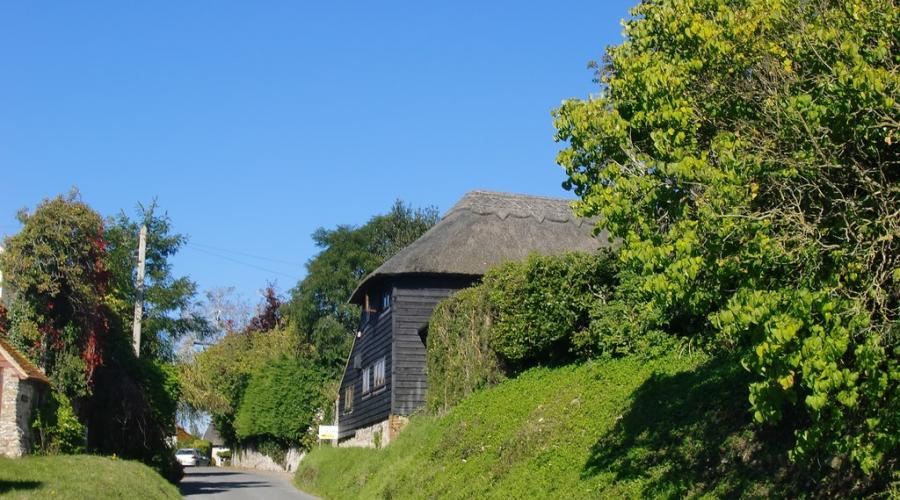 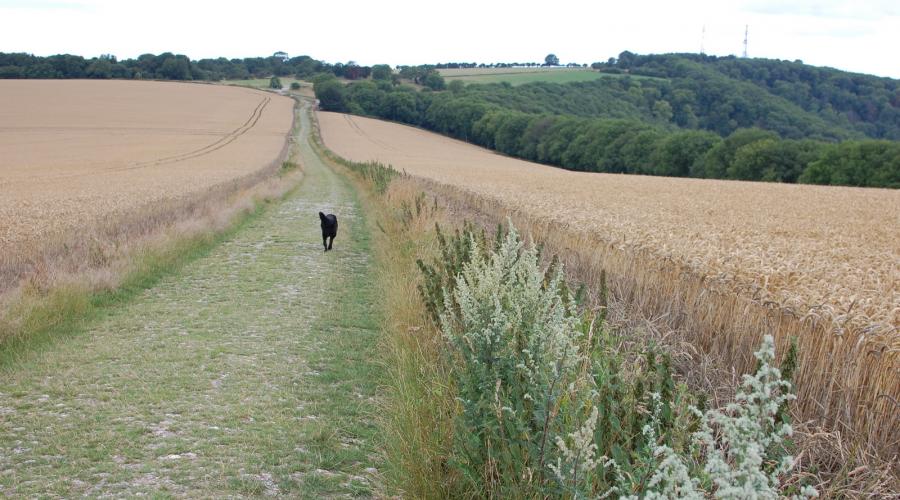 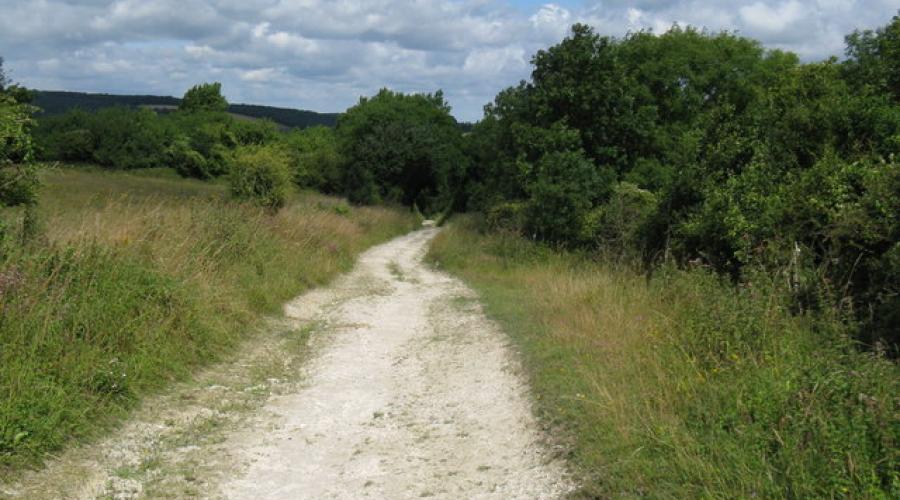 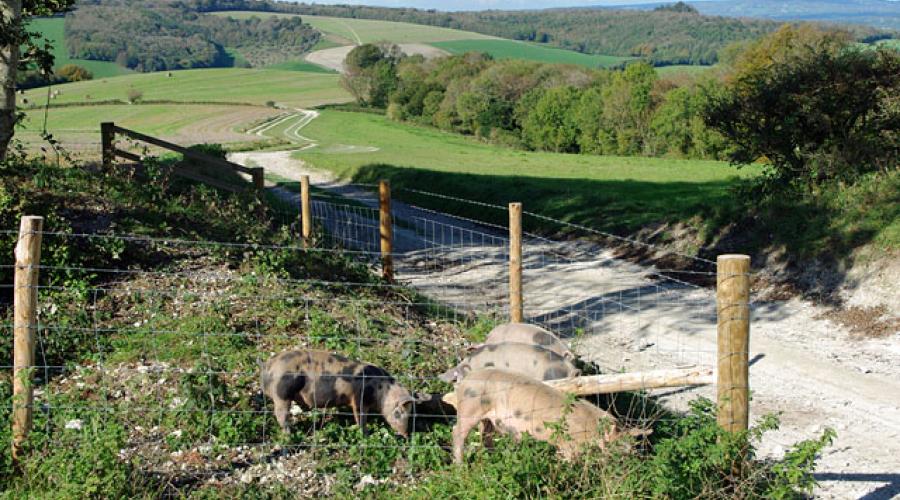 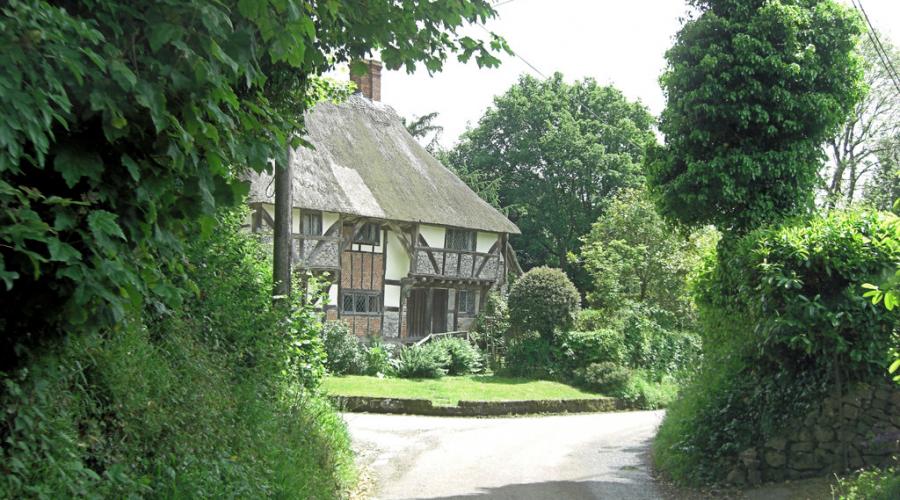 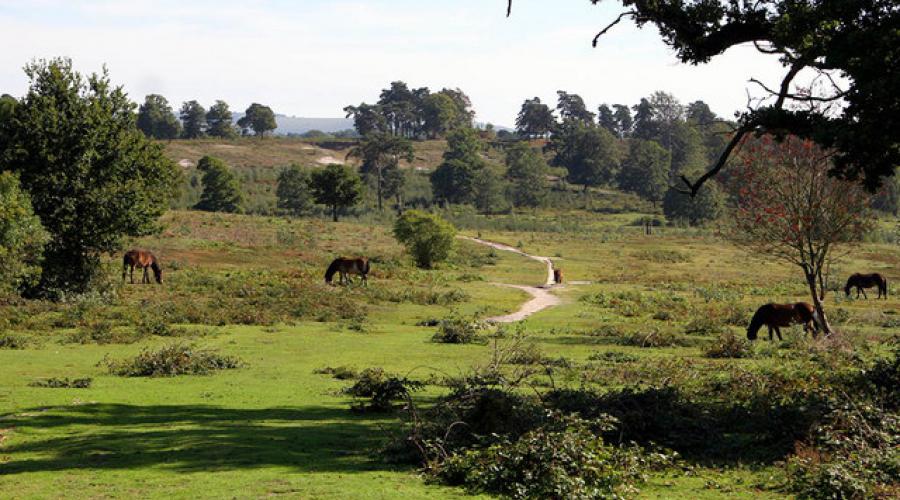 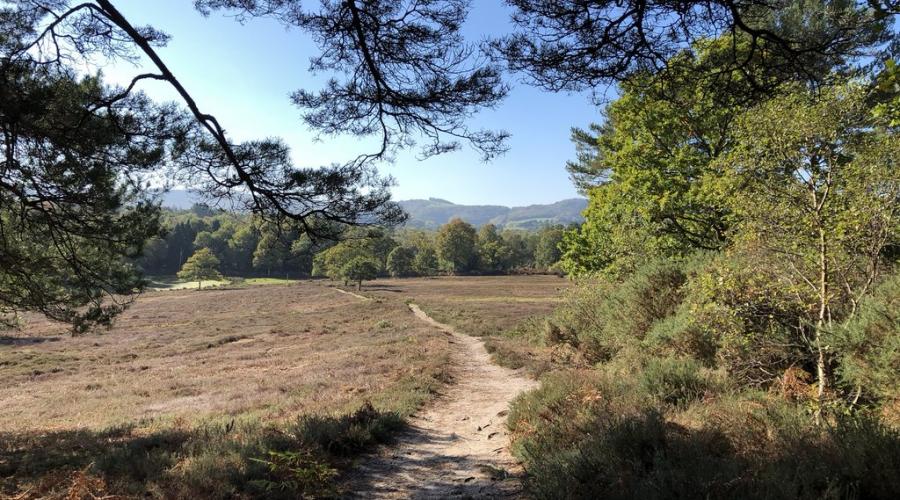 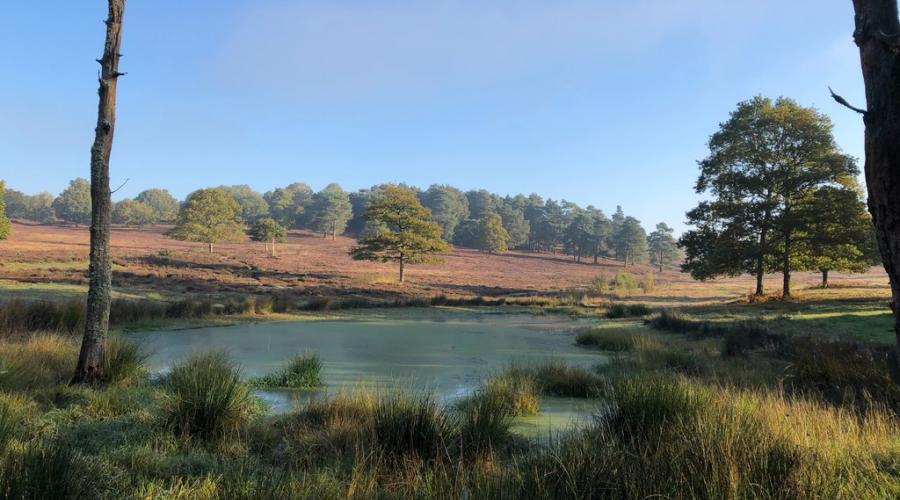 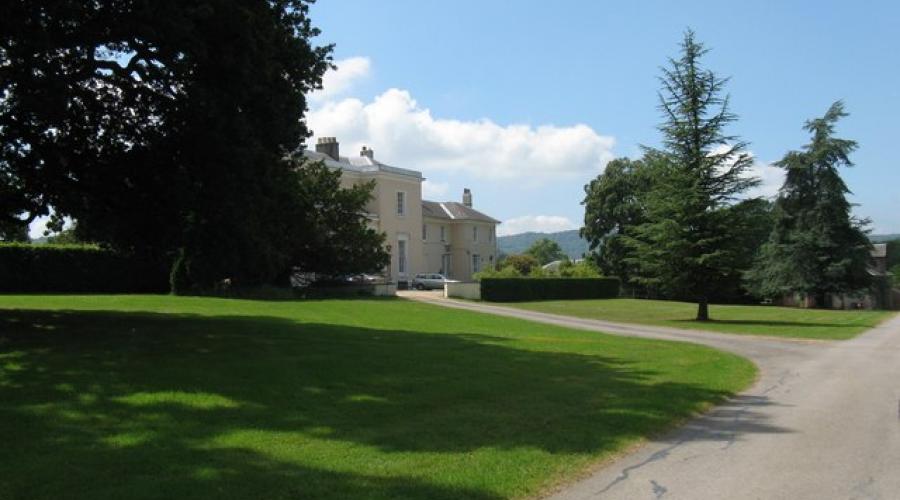 Please wear walking boots with thick socks to cope with the climbing. Bring or wear gaiters if heavy rain has fallen recently, and waterproof trousers and a raincoat if rain is forecast.

Please bring a packed lunch and lots to drink. There is nowhere to buy it on the walk. Refreshment options include The White Horse at Sutton, The Bridge Inn at Amberley and the cafe at Bignor Roman Villa.