Sun, Sea and Sand, with a Soupçon of Suburbia

John Betjeman wrote that the Sussex coastline 'has been made hideous from end to end by the desire of London's overspill to have a house by the sea', but I think I've found some non-hideous bits for a nice flat walk and a quiet swim. Much of the sprawl has pleasant cores of old cottages, farms and churches, which at Felpham remain while those of its neighbour Middleton were lost to the sea. Around many of these old centres are genteel seaside suburbs, many dating from the 1920s which couldn't decide on whether thatched cottagey bungalows or chic art deco villas were the thing, and so built both. Although much of our walk (which includes a hour or more on the beach) will involve navigating these estates, more time will be spent crossing the quiet fields that remain undeveloped.

Barnham: Suburbia, synonymous with the railway junction, but the cul-de-sac to the south with church and manor house is delightful. St Mary's Church has a charming exterior and a rather bare interior. Origins around 1180. C15 French painted panel of St Genevieve. Part of the Portsmouth-Arundel Canal (opened in 1823 but now disused and filled in) is visible including remains of the locks and pivots used for the locking mechanisms. Glimpsed is Barnham Court, a very fine brick house of 1640 in the Dutch manner, possibly by the same architect as Kew Palace.

Felpham: The old village centre has a cheerful 1930s flavour with Tudorbethan building in among the beach cobble cottages. The house of the poet William Hayley, who enticed the mystical poet and painter William Blake to Felpham, is 1800 and stucco; Blake's house, where he lived from 1800 to 1803 is a thatched flint cottage. Blake, voted 38th in the BBC's poll of 100 Greatest Britons, spent his entire life in London apart from these three years in Felpham. St Mary's Church was originally late C12, but the body is C13, although with much C19 restoration.

Middleton-on-Sea: More refined, leafy, grassy private estates, often with a curious mixture of thatched cottages and art deco villas. The village is entirely post-1921, except for a few old cottages that weren't lost to the sea along with the medieval church. We'll have our lunch and swim at Elmer where private estates have meant the beach is quiet and offshore reefs have created tiny sheltered coves where the tide will be low on the day.

Bilsham and Flansham: Secluded farms, cottages and barns, one a converted C13 chapel, set among wheat fields and meadows.

I love having dogs on my walks and this walk is very suitable for them. Dogs are not allowed on parts of Felpham Beach but they are on Elmer Beach which is where we'll have lunch and a swim. Drawbacks of the walk for dogs include some roads to walk along and cross which may be busy, and summer heat which could be exhausting for them. A dog off its lead must be obedient.

Walking down Church Road in Barnham in a southeasterly direction will take us out into the fields and we'll follow  the old canal and other footpaths to Bilsham. Having crossed Bilsham Lane, we'll continue southeast to the suburban development of Middleton and Elmer. At Elmer we can have a picnic and a swim on the sandy beach. We'll then head west along greensward and the esplanade to Felpham and have a drink at the cafe and then, having walked along the high street, take Limmer Lane and well-to-do suburban streets east then north across the B2132 and then further suburban streets to cross the A259 where we'll reach Flansham. We'll then cross fields heading northwest back to Barnham where the same route along Church Road will take us back to the station.

(Picture credits: Felpham Beach towards Bognor by Jeff Gogarty; Middleton Beach by Simon Carey; Along the coast from Atherington to Elmer by Basher Eyre; Barnham, St. Mary the Vigin by Mike Faherty; Track to Barnham by Peter Holmes; View northwards from the Environment Agency bridge by Basher Eyre; Lush meadow just off footpath near Hoe Farm by Basher Eyre; Contrasting ideas of the seaside by Jeff Gogarty; Felpham parish church by Dave Spicer; William Blake's Cottage - Felpham by Colin Babb; Lifebelt on the promenade at Felpham by Rod Allday; Elmer Coastal Defence Scheme by Janine Forbes; Elmer Beach and Coastal Defence Scheme at low tide by Peter Holmes; Footpath 2997 on track north of Ancton Lane by Peter Holmes. All pictures are attributed to their copyright holders and are licensed for re-use under Creative Commons BY-SA 2.0.) 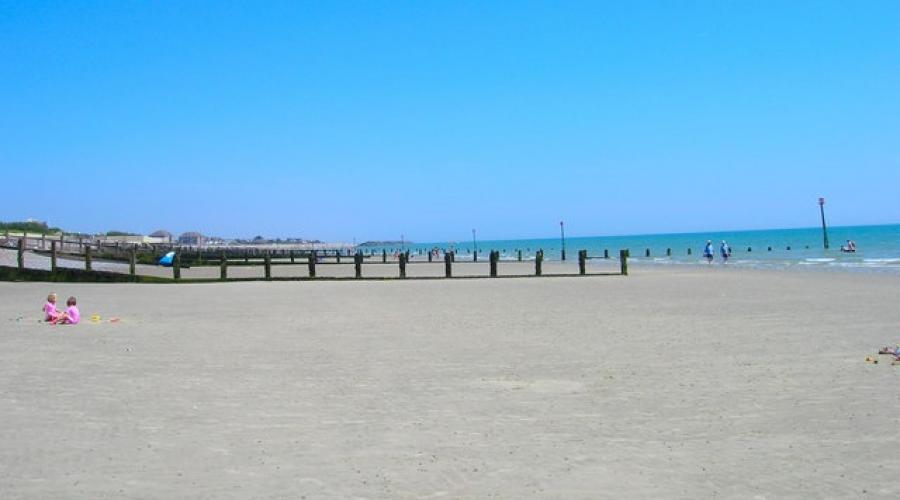 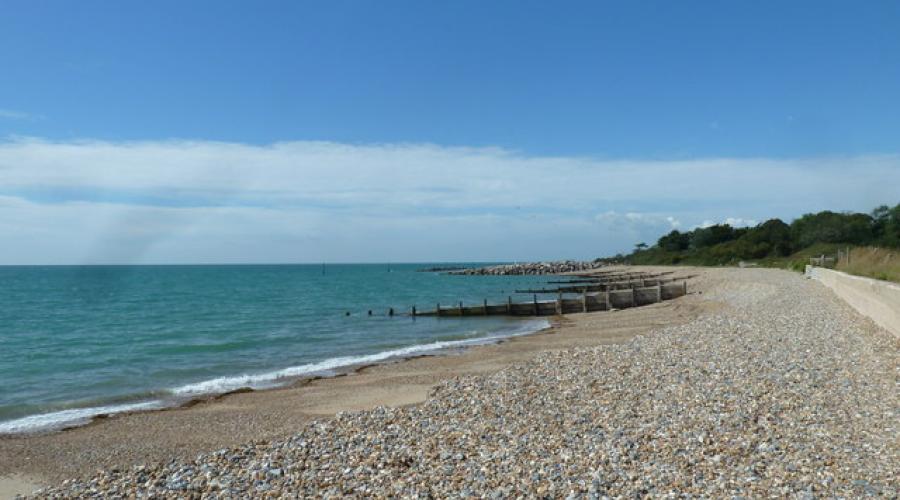 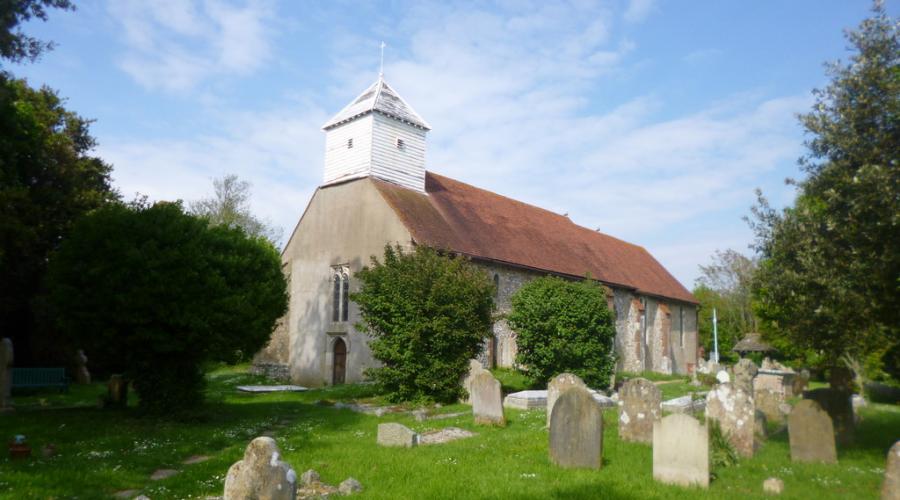 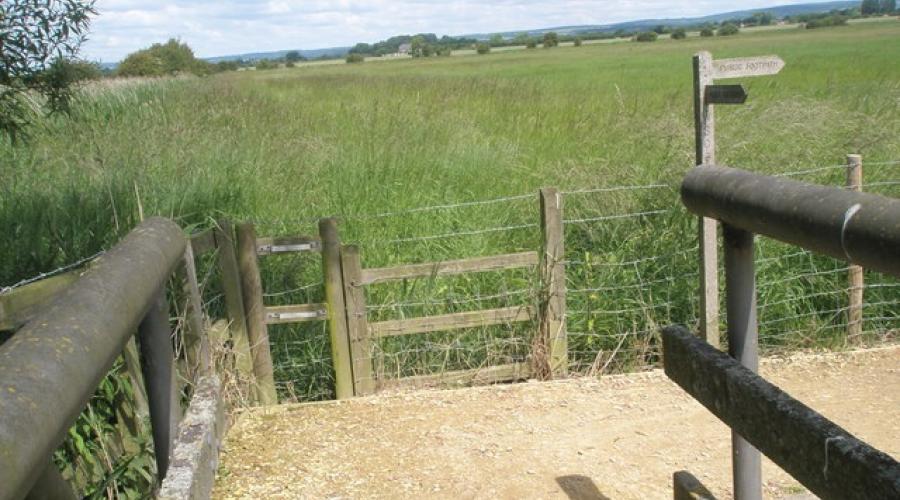 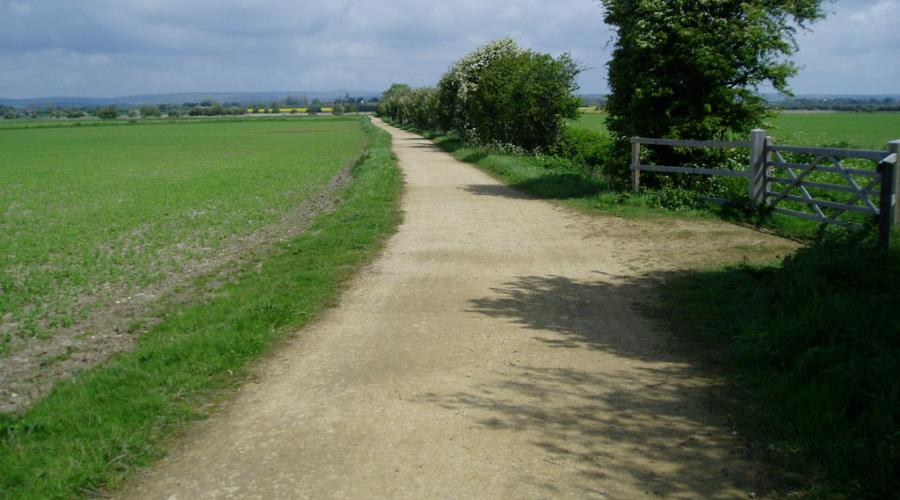 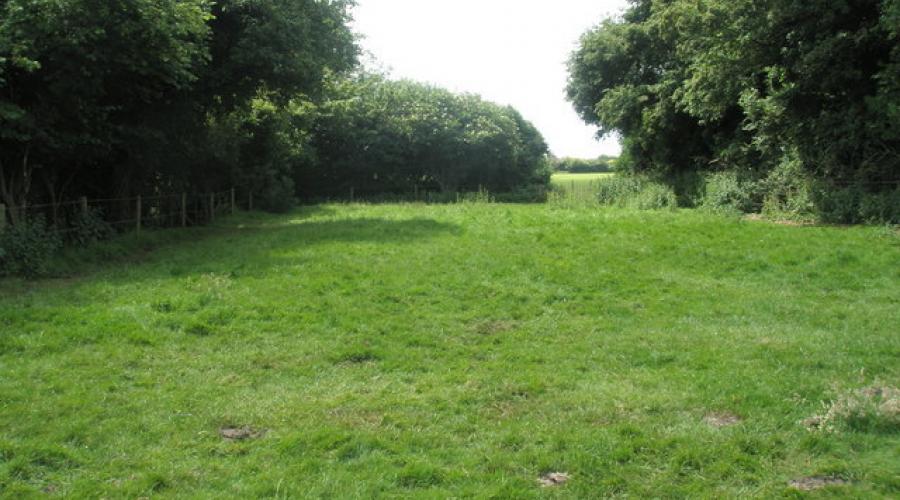 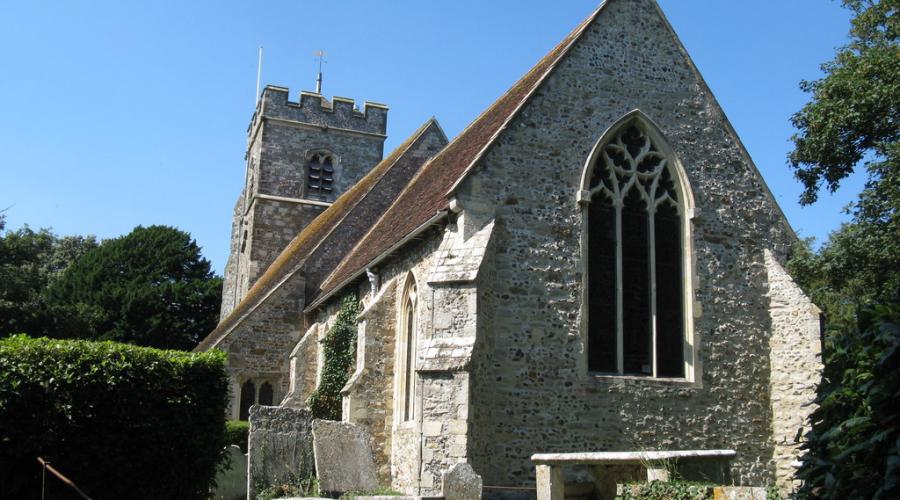 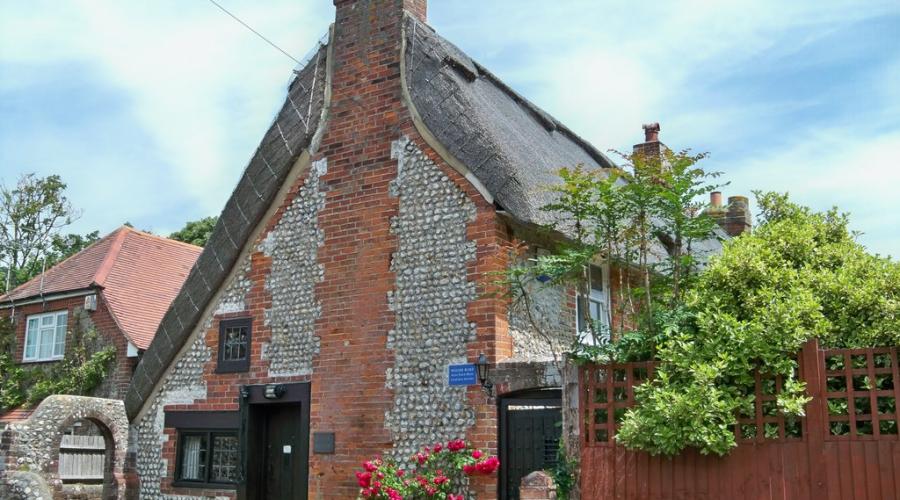 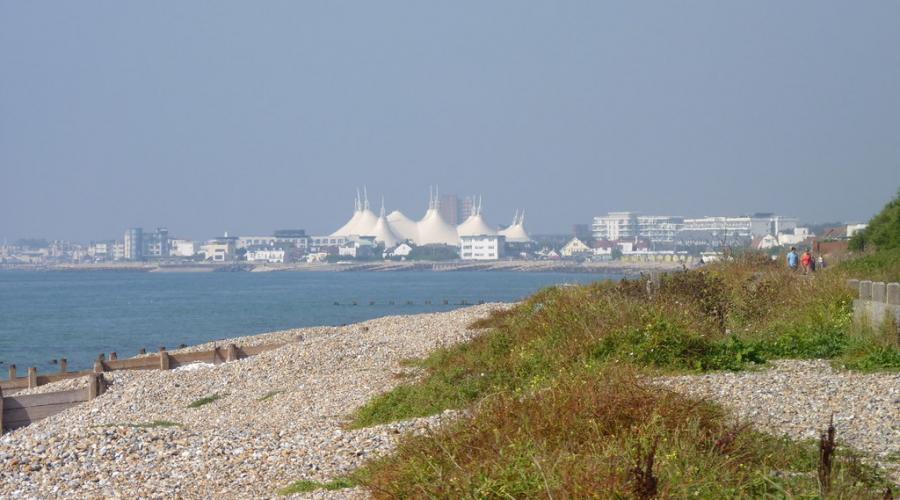 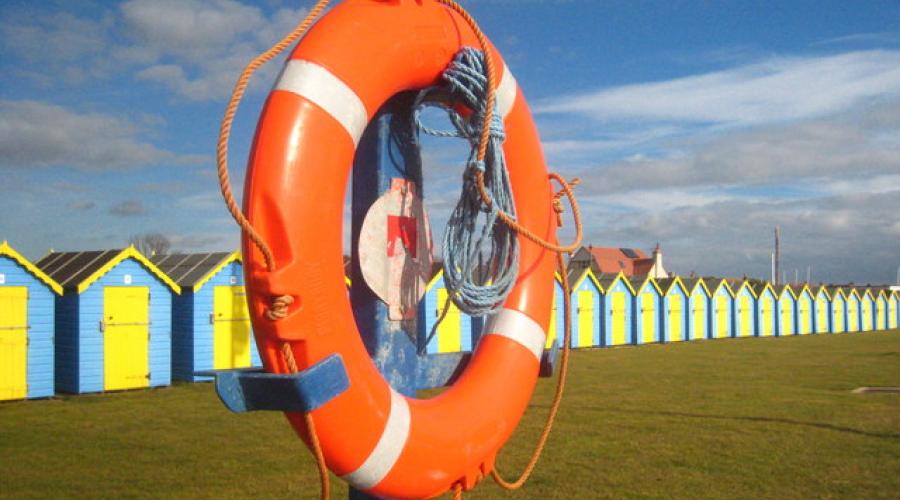 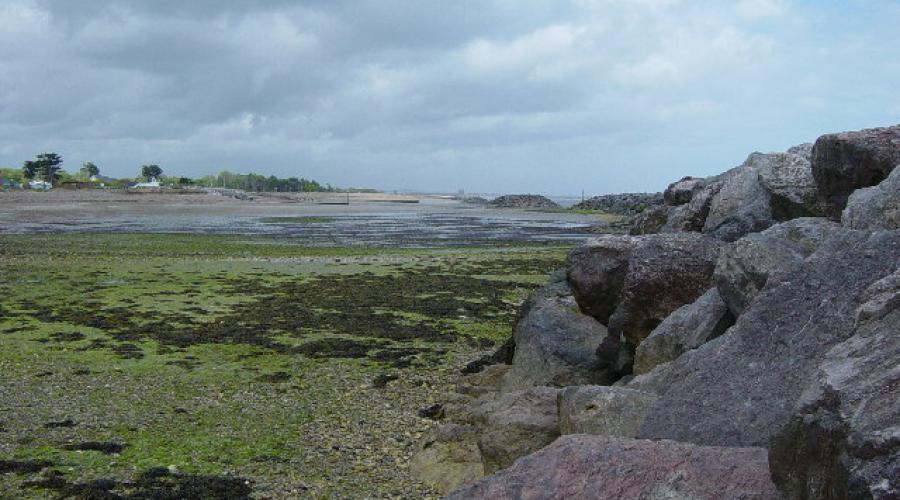 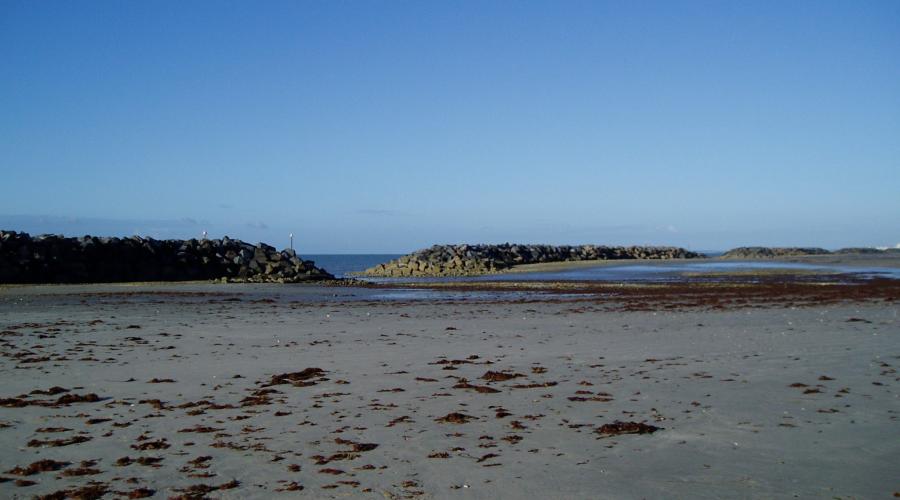 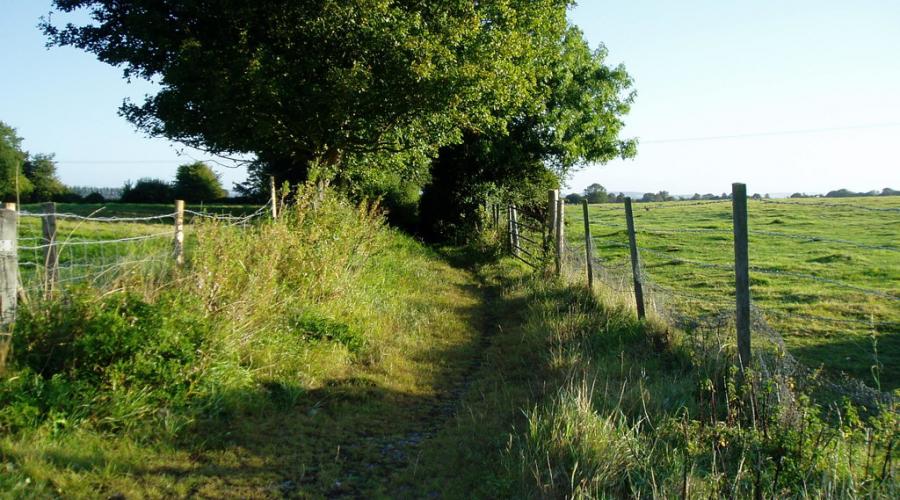 Walking boots or walking shoes will be essential as the walk will be a moderate distance in length although the terrain is flat and made up of gravel and dirt.

Do apply and bring a high-factor suncream and a hat as much of the walk will be exposed with little shade.

Bring swimwear and a towel if you wish to swim. The beach is delightful, sandy and secluded, and the water is comparatively warm.

Please bring a packed lunch and lots to drink (two litres at least) or buy some at the Tesco or Co-Op opposite the station in Barnham.

There will be drinks and ice cream stops before we leave the built-up area.