POSTPONED - Doing the Rounds on the Downs then Pitchin' in..

Your price
£12.50
Easy Moderate Very Hard
Distance is 23.5 km (14.5 miles); total ascent is 411 m; terrain is undulating with some short ascents and descents; surfaces are dirt, grass and tarmac

You couldn't find a walk of greater contrast and interest. From the exhilarating expanses of the escarpment of the South Downs to the serene seclusion of the shady sides of the River Itchen. From downland droveways bordered by wheat fields to sparkling streams fringed with willows. From the calm of St Cross, the finest medieval almshouse in the land (we'll get the dole*) to the commotion of the prosperous and pretty city of Winchester. And by 'pitchin' into the Itchen', I mean that there is a chance for an entirely incidental and optional dip (or at least a paddle) because just outside Winchester a stretch of the Itchen Navigation has been developed for wild swimming.

Winchester: Ancient Roman town, Saxon capital of England and county town of Hampshire, lying in a hollow beside the River Itchen. The Great Hall is 14th century, the remains of Winchester Castle, and home to the 'Round Table' (a likely Tudor piece). Wolvesey Castle was the scene of the marriage of Queen Mary and Philip of Spain in 1554, then ruined by the Roundheads 100 years later. Elite Winchester College is 600 years old. Winchester Cathedral, with the longest medieval nave in the world, is Saxon, Norman, and then the nave is perpendicular gothic. The extensive cathedral precincts are very fine.

St Catherine's Hill: A small but dramatic hill, 97m, overlooking the Itchen Valley and Winchester. The top of the hill is ringed by the ramparts of an Iron Age hill fort and in the centre a copse of beech trees contains the site of the 12th-century chapel of St. Catherine. There is also a mizmaze (a turf maze), probably cut between 1647 and 1710, one of only three in the country. To the south of the hill is a valley of pits where Winchester's plague victims were hastily buried.

Owslebury: An informal group of flint, brick and timber cottages. St Andrew's Church is fundamentally 13th Century but this is only evident in the chancel as the rest is heavily-restored Victorian. We will have lunch in the village and a drink at 16th-18th century Ship Inn (so-named because it was built from a ship's timbers). At Hensting there is a large thatched barn from the C15.

Twyford: On the left bank of the Itchen, beside watermeadows. Quite a large village. St Mary's Church is in polychrome brick by Alfred Waterhouse (architect of the Natural History Museum). Some fine C17 and C18 houses: The Old Rectory, Twyford House, Mildmay House, Twyford Lodge.

Itchen Navigation and Compton Lock: A 10.4-mile (16.7 km) disused canal system that provided a trading route from Winchester to the sea at Southampton for about 150 years. Begun 1665, finished 1710. A navigation is essentially an improved river, with the main river channel being used for some sections, and cuts and locks used to bypass difficult sections. At Compton Lock a fast flow of water through a sluice has eroded out a circular pool which has had its edges reinforced to allow swimming.

St Cross Church and Hospital: A medieval almshouse founded by Henry of Blois, grandson of William the Conqueror between 1132 and 1136. The oldest surviving charitable institution and the largest and finest medieval almshouse in the UK. Grade I listed, the church is a vast and solid Angevin work, five stars in England's Thousand Best Churches. Used for filming in the BBC's Wolf Hall. If we have time, we'll enter (it costs £5 and the money goes to the charity) and we'll receive the dole. (*The dole is a cup of ale and a piece of bread that has been given to wayfarers for nearly 900 years.) Those not wishing to enter are welcome to sit on a bench by the River Itchen.

A wander past the historic highlights of Winchester will bring us to the River Itchen and the Itchen Way, which we'll take, wandering southwest until we reach St Catherine's Hill which we'll ascend using the steps. We'll the pick up the Pilgrims' Trail which will take us over the M3 then southeast all the way to Owslebury for lunch and a pint. We'll then head southwest, past Marwell Zoo (we may see some zebra at a distance), to Hensting where we'll turn northwest following footpaths to Twyford. Here, we'll reach the Itchen Way again which will take us to the swimming spot and then, having gone under the M3, back to the watermeadows near St Cross. The Clarendon Way will take us back to the centre of Winchester.

I love having dogs on my walks, and this is a good dog walk as there is little livestock to be encountered (except for some sheep), abundant arable fields over which the dog can run free and trees to provide shade. However, there will be some roads to cross, short stretches of road walk along and any hot weather could be exhausting for them. 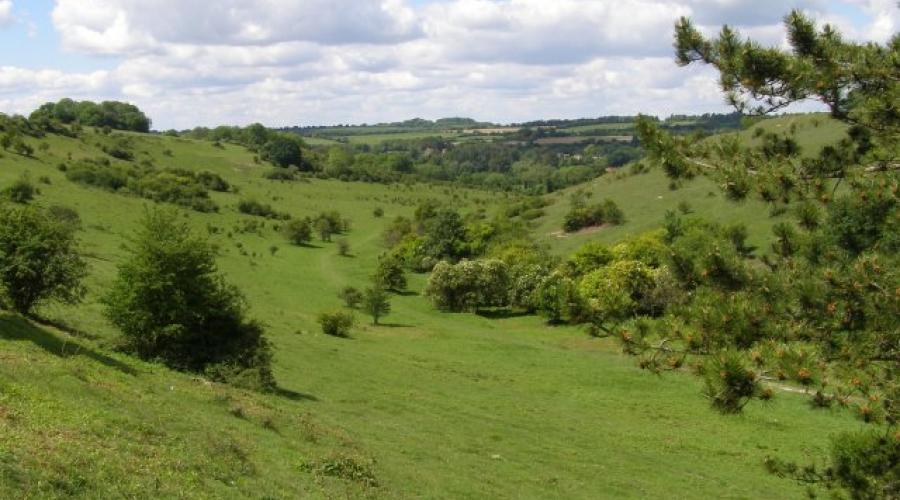 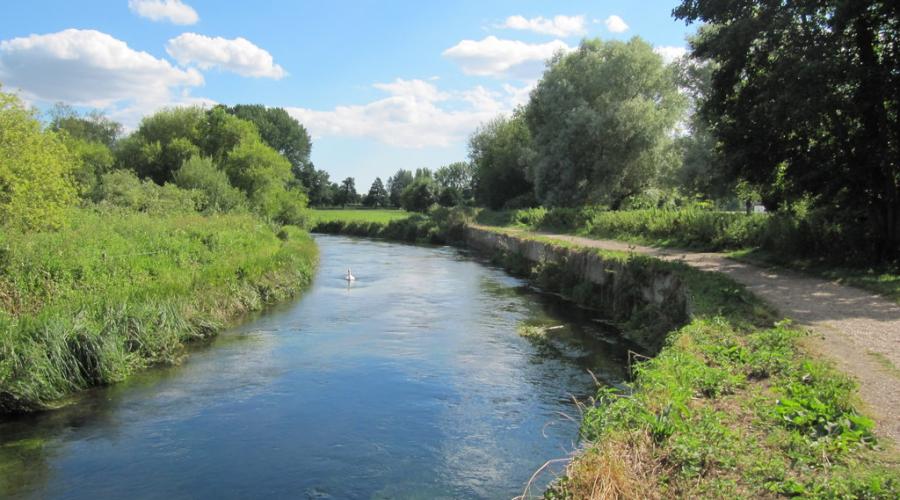 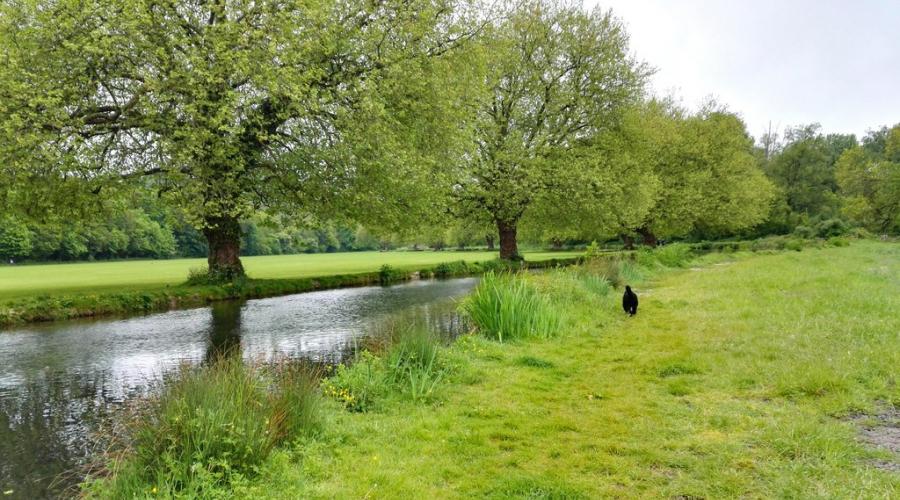 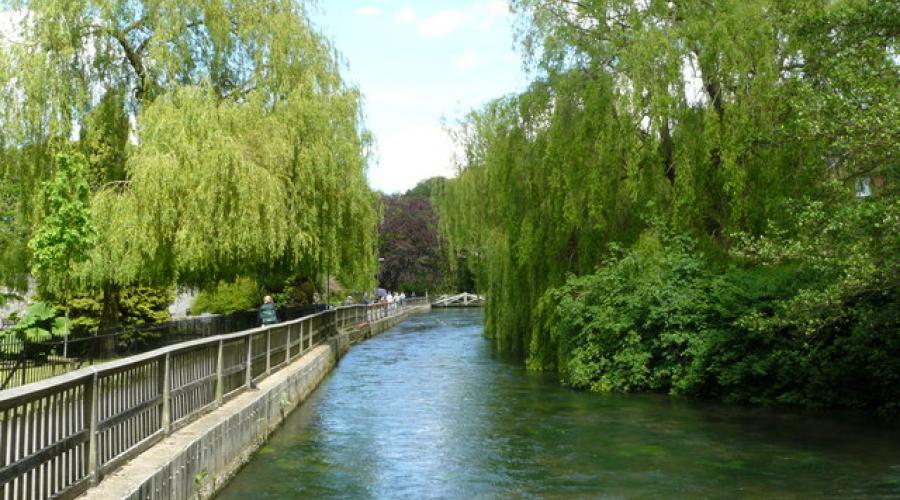 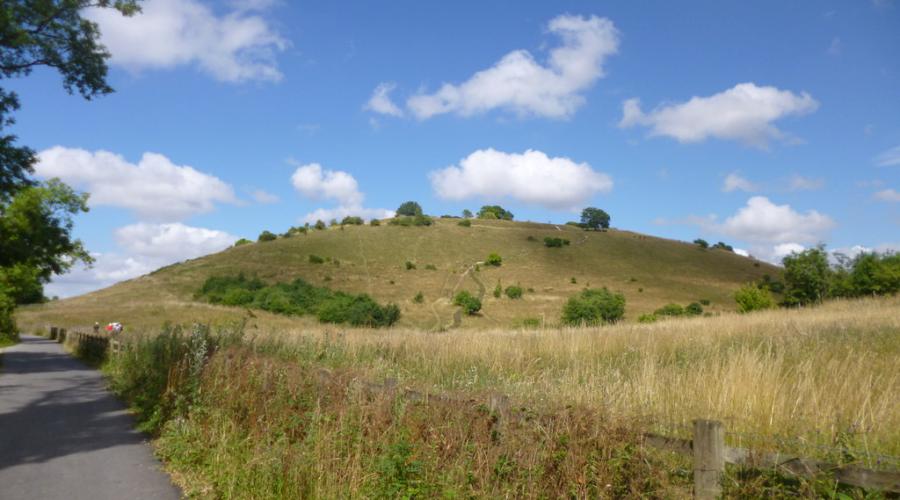 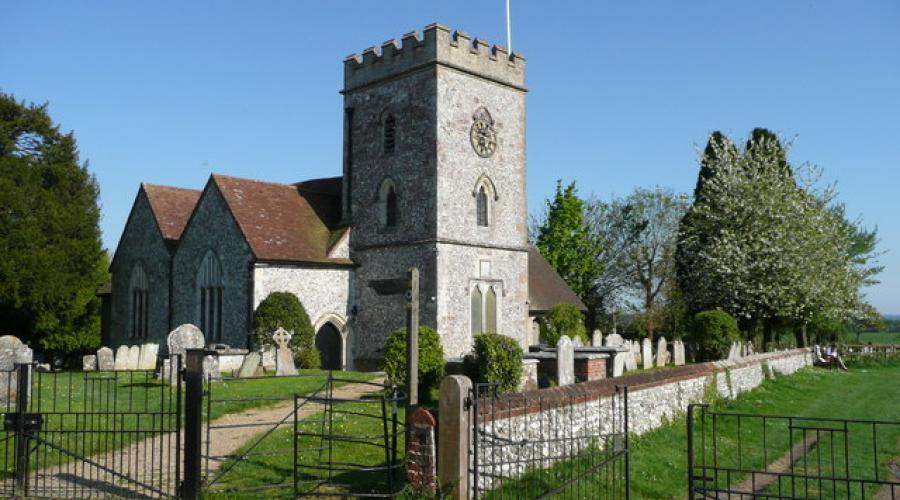 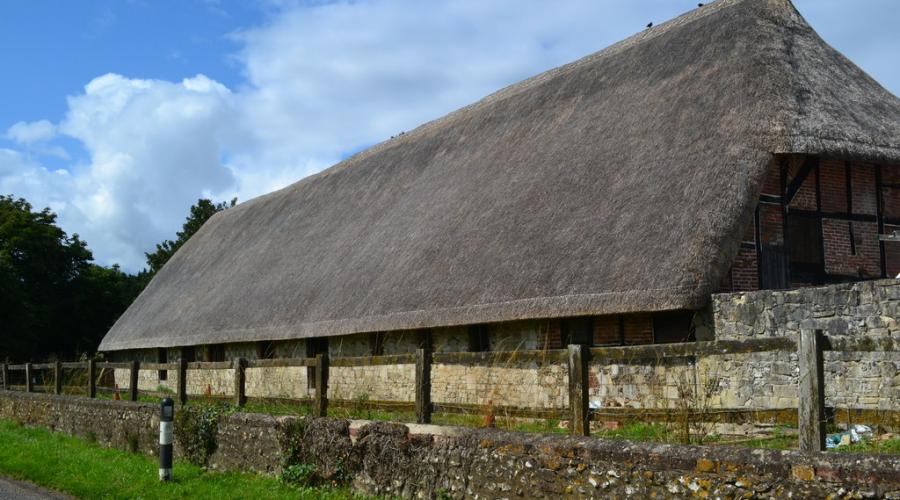 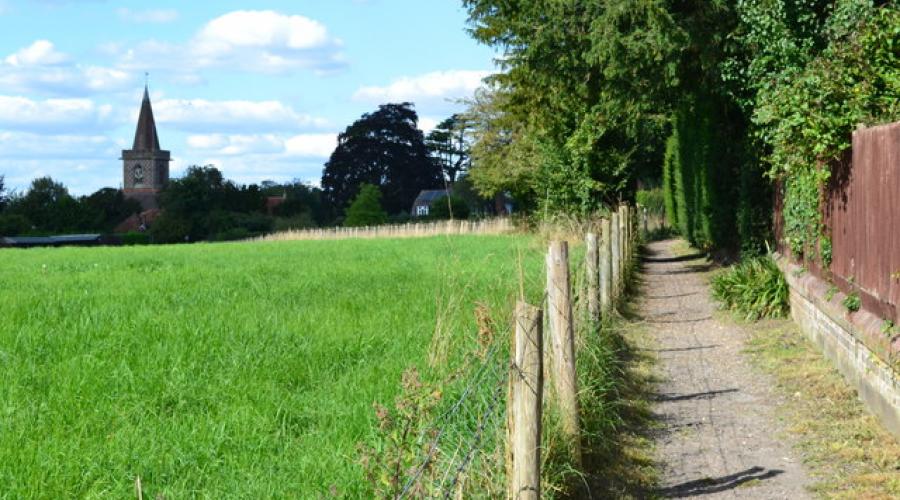 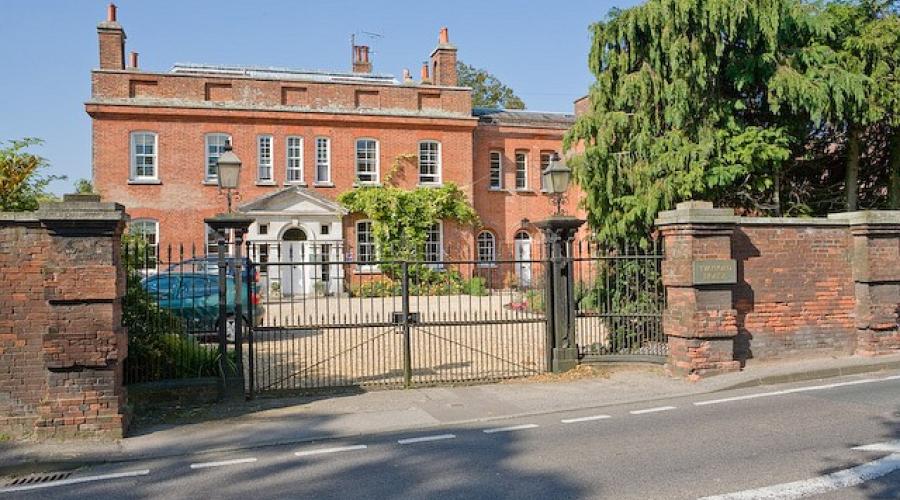 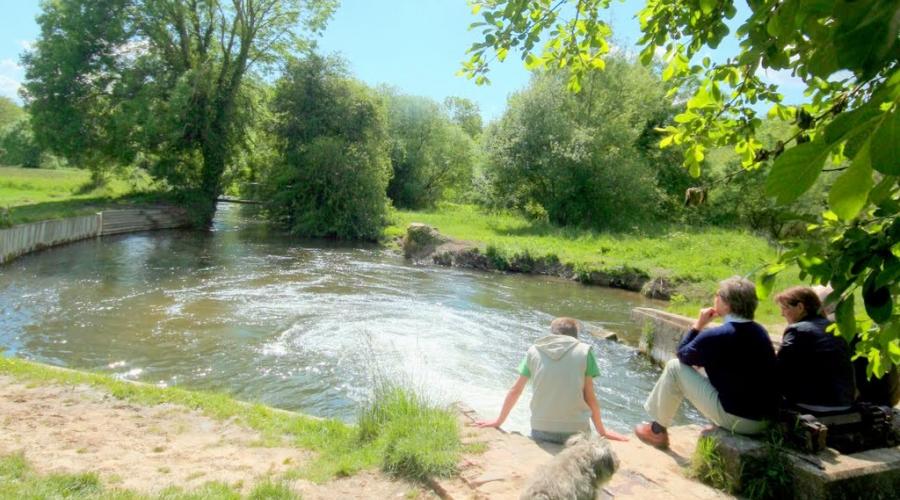 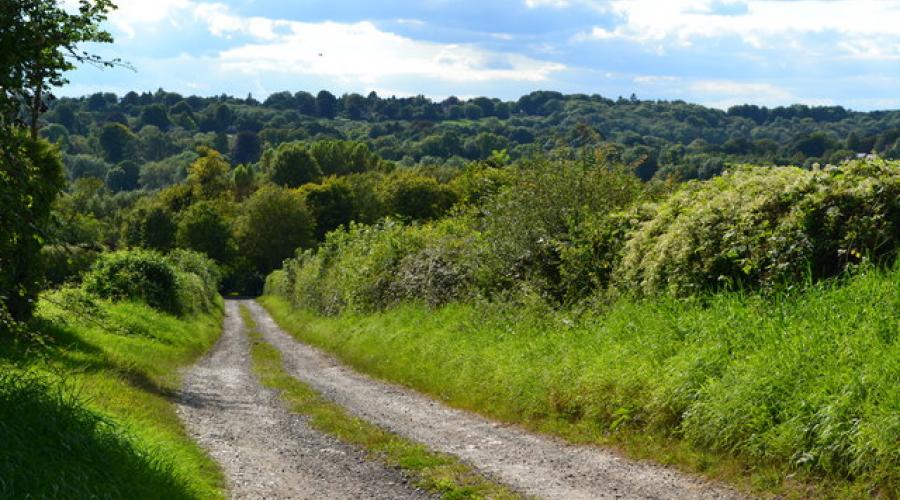 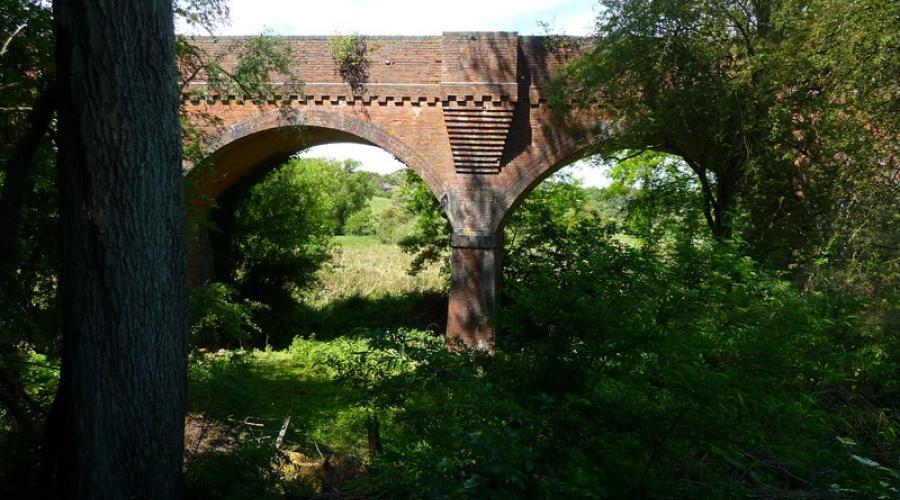 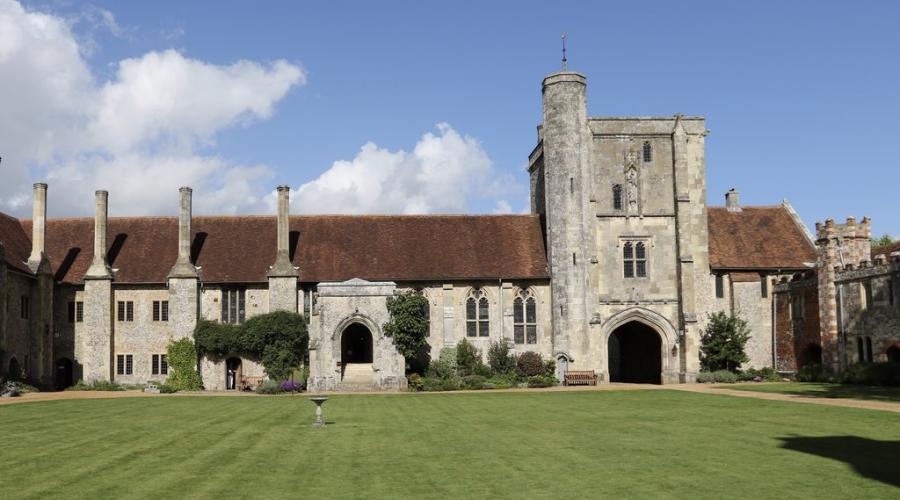 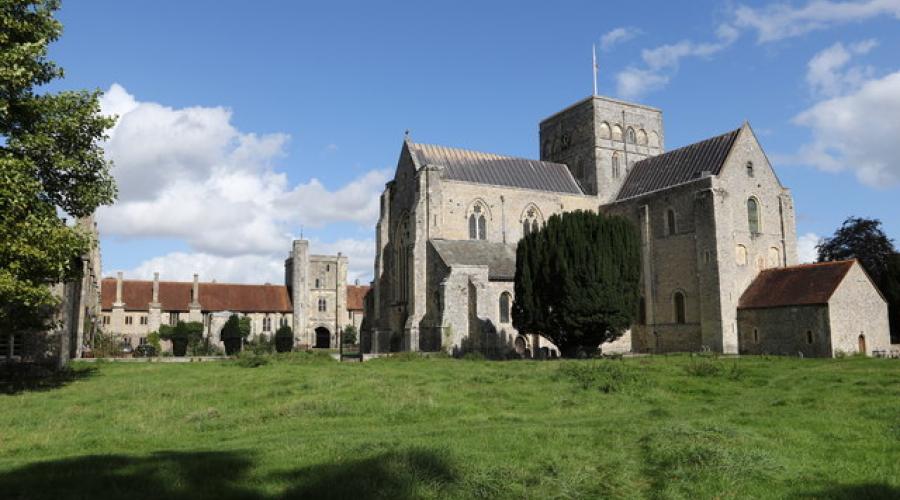 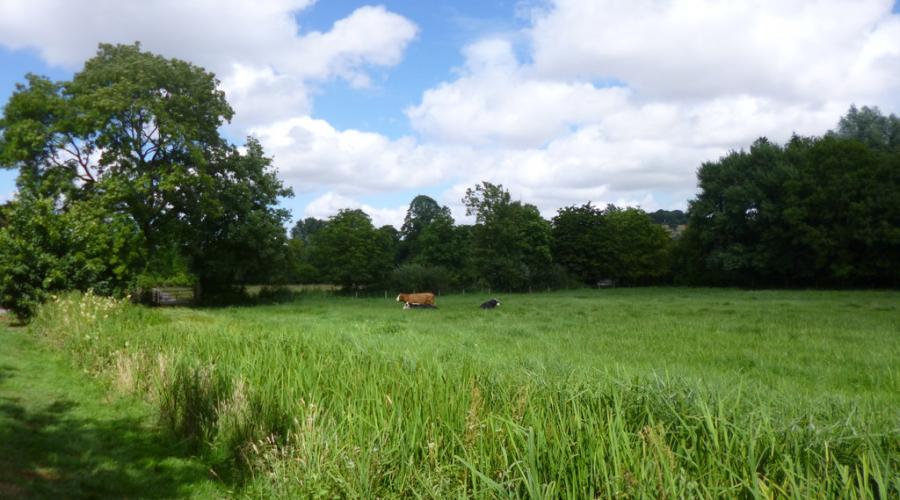 Please wear walking boots or walking shoes. The landscape is hilly with considerable climbing, but good walking shoes should be fine.

Wear clothing appropriate to the weather: shorts, t-shirt and hat if the weather is sunny, raincoat if it is wet.

Bring trunks and a towel if you wish to swim in the river.

Plerase bring a packed lunch and plenty to drink. We could have a drink at The Ship in Owslebury at the midway point of the walk at lunchtime and there will probably be a pub stop back at Winchester.