The North Wessex Downs: Weirs and Wells and Mills and Dells

Your price
£12.50
Easy Moderate Very Hard
Distance is 23 km (14 miles); total ascent is 287 m; terrain is undulating with some short ascents and descents; surfaces are dirt, grass and tarmac.

The green splodge on the map below is the North Wessex Downs Area of Outstanding Natural Beauty. The afternoon half of this walk will mostly be outside of it, but it'll be lovely following the River Test into the attractive town of Whitchurch and passing weirs and watercress beds and mills. Mills aplenty, in fact: for grinding wheat, for making paper, for fulling fabric and for weaving silk cloth. Of course, river plus rain equals mud and flood, but we'll have plenty of gravel and tarmac tracks to walk on or divert on to. The morning half of the walk will be inside the AONB, over the aforementioned Downs and through the chocolate-box village of St Mary Bourne.

Whitchurch Silk Mill: On Frog Island between the Test and the mill race. Built in 1815 and altered to make silk cloth in 1817. Three storeys, brick-built, with an elegant slim cupola. Much machinery inside, including powered looms and a cast iron breast-shot wheel of 1890. See website. Time constraints and cost of entrance fee (£7) will probably prevent us from entering.

Longparish: Three small adjoining settlements along the River Test. Abundant brick and timber-framed cottages and some larger houses. Longparish House is c1700, long and low but with towers added to the wings. The village road was diverted around the park but the line of the old road is marked out by a row of stately lime trees. Upper Mill is a substantial working mill of 1870, Lower Mill is from the C18. Britwell Priors house is Elizabethan and was moved from the Oxfordshire village of Britwell Salome to its present site overlooking the river in the 1920s.

St Mary Bourne: A famously pretty village on the Bourne Rivulet. St Peter's Church: C12 and with fine interior. Including a splendid C12 Tournai font, the largest of the seven in England (Tournai marble is really a hard, black Carboniferous limestone). Many C17 and C18 cottages in brick, flint, thatch and timber-framing. The George Inn is fronted with chequerboard brick and is mid-C19.

(As we're having a packed lunch, the described route will be reversed.) We'll start by heading south through Whitchurch along Newbury Road. This will take us through the centre, over the Test and past the Silk Mill. By heading along a track called The Weir, we'll pass the Fulling Mill. Winchester Street will bring us under the A34 to Tufton and a lane and then footpaths will take us along the Test and over the river to Longparish. A walk northeast along the B3048 and then footpaths and lanes heading northwest over the B3400 will take us past Apsley Farm. An eastwards turn along the Test Way will take us into St Mary Bourne. After lunch, lanes heading east and northeast will head to Egbury Castle Farm. A bridleway south past Bradley Wood will take us past Down Farm and over the A34. A disused railway line will lead us back into Whitchurch and the station. The sun will have set at 16:33 but a torch shouldn't be needed. 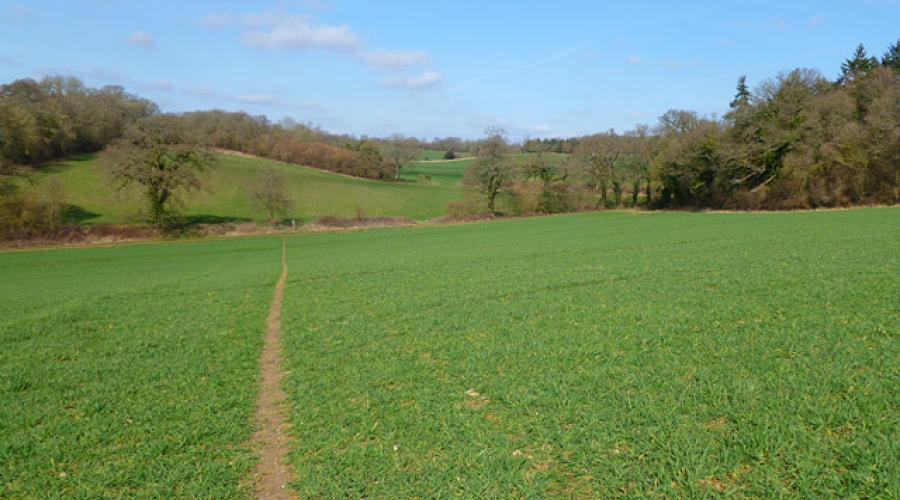 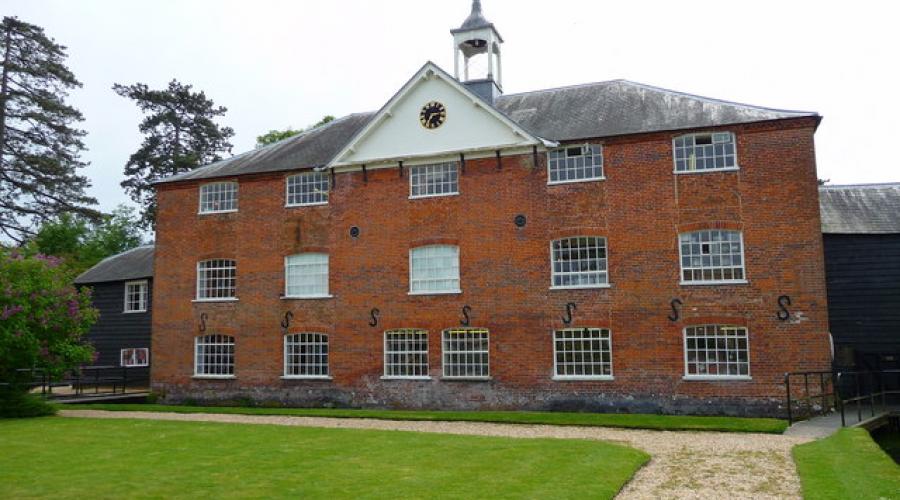 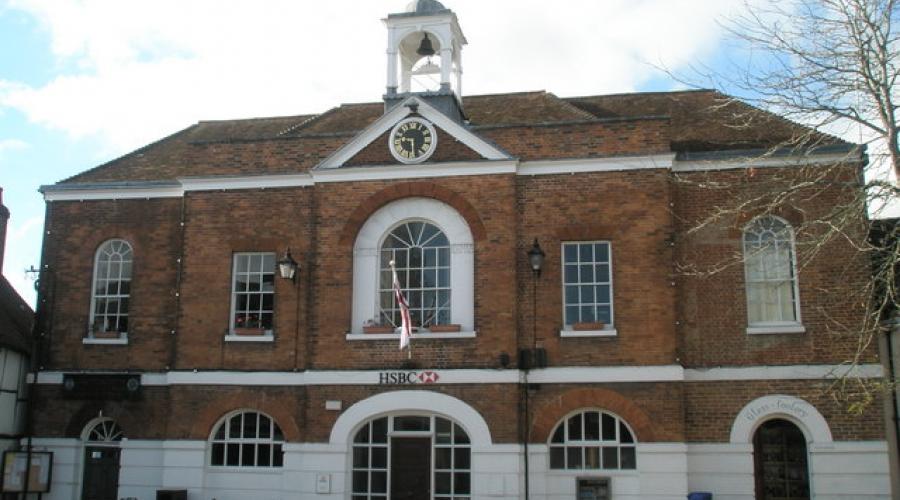 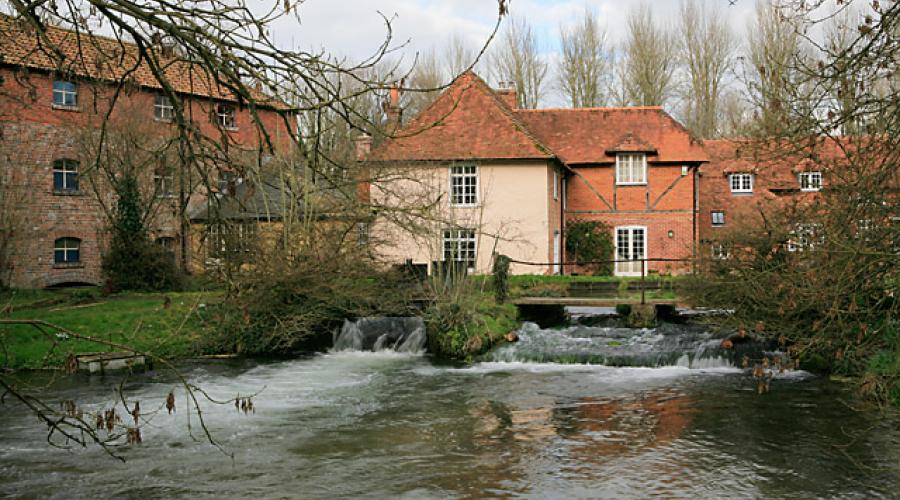 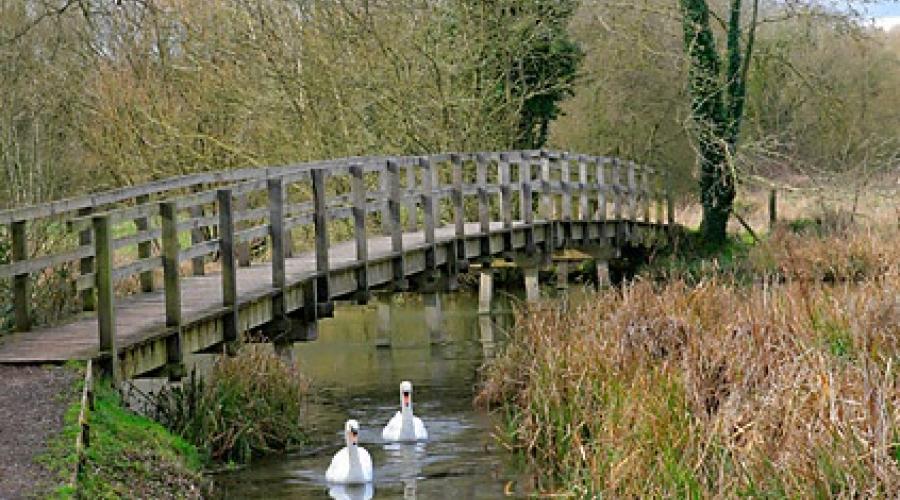 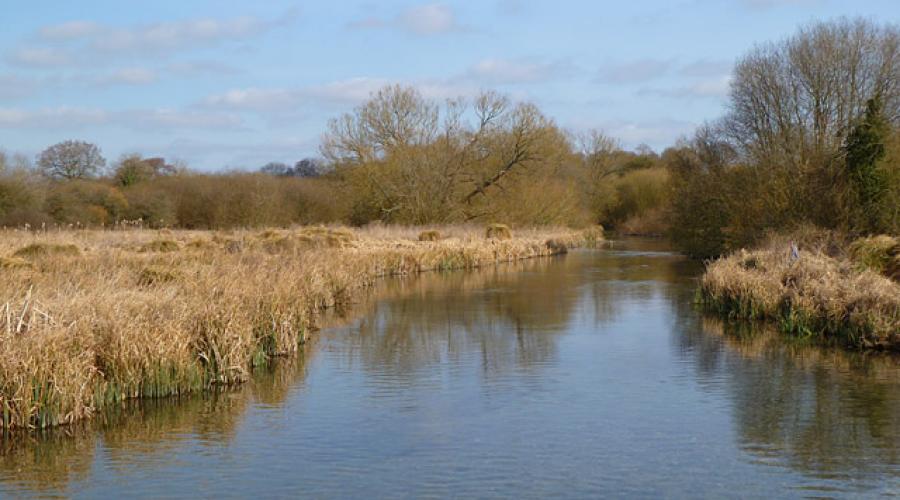 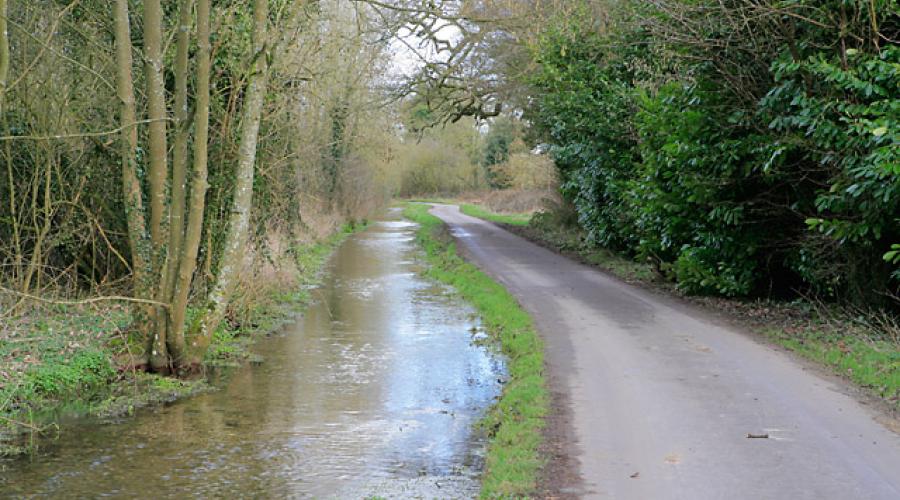 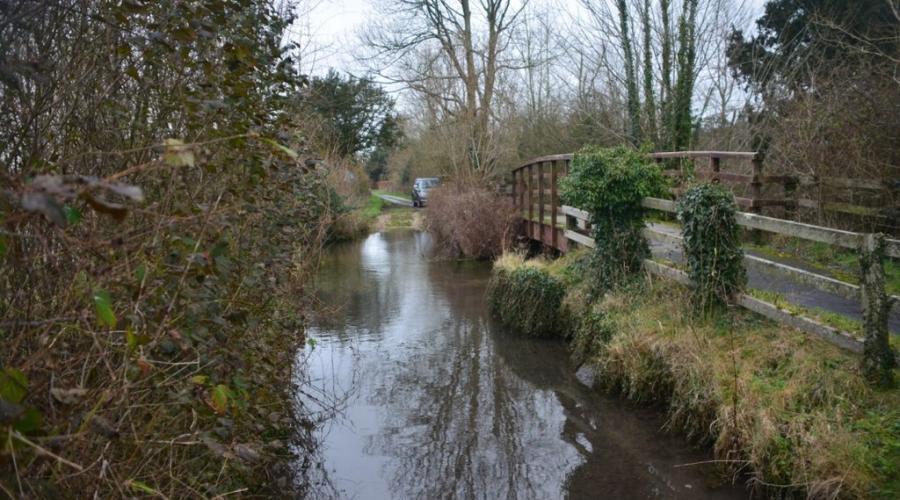 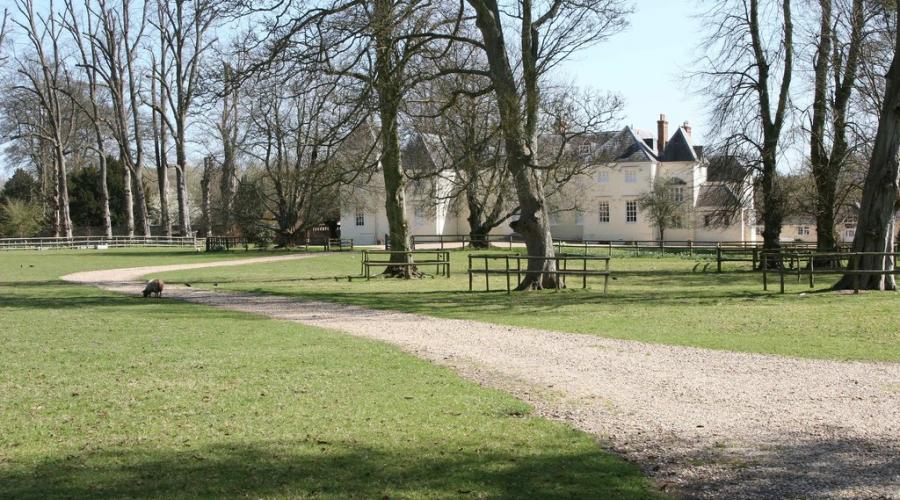 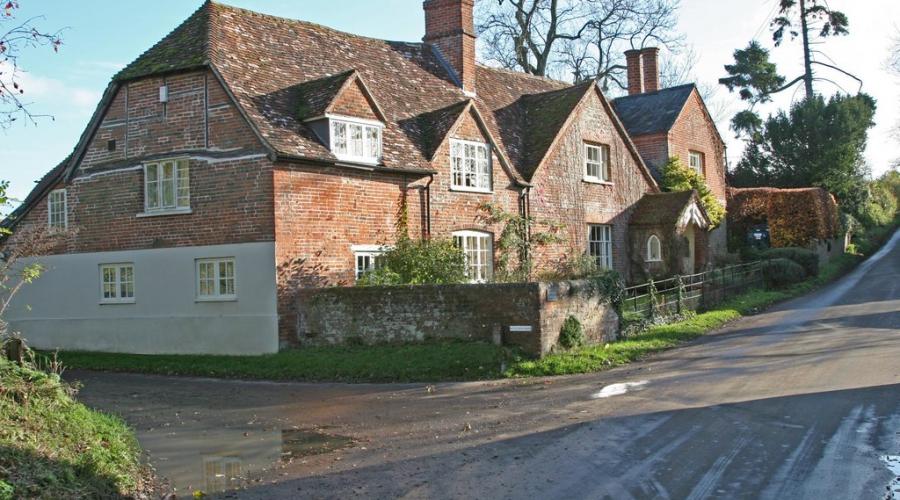 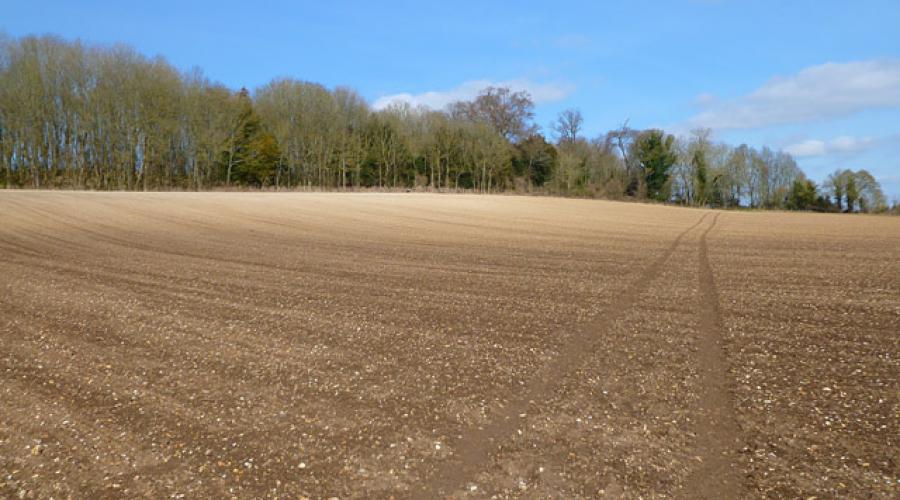 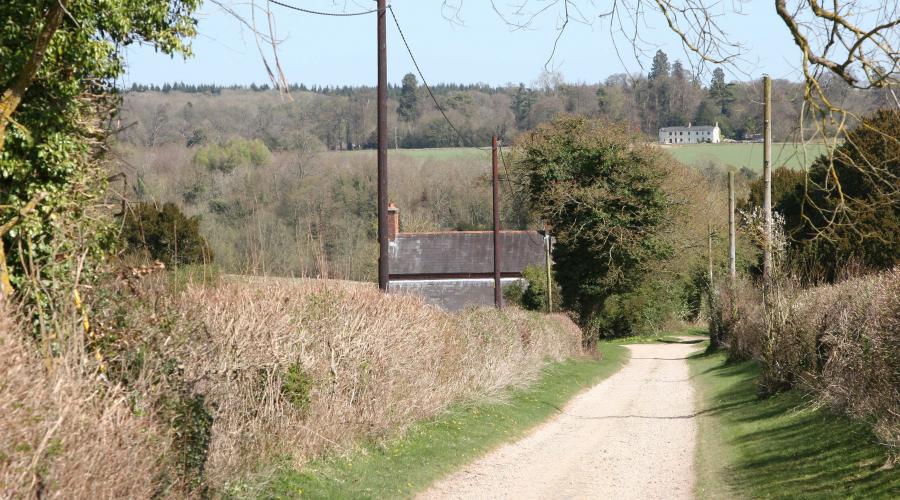 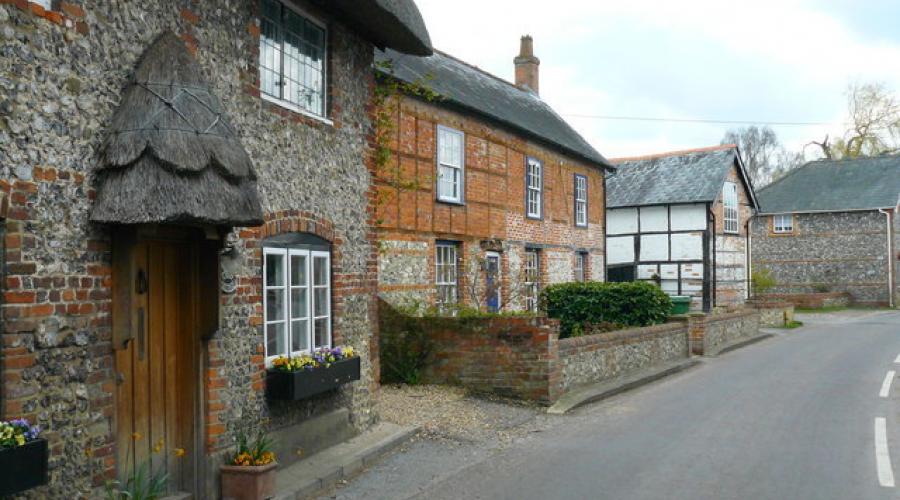 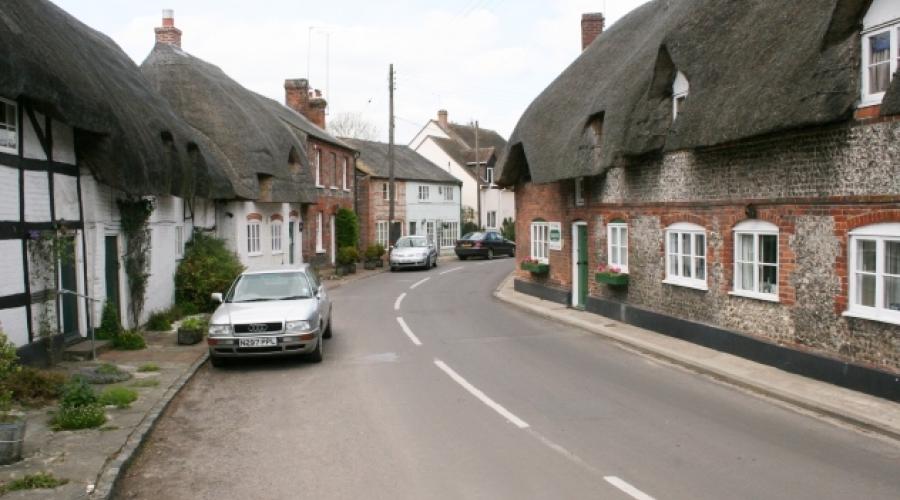 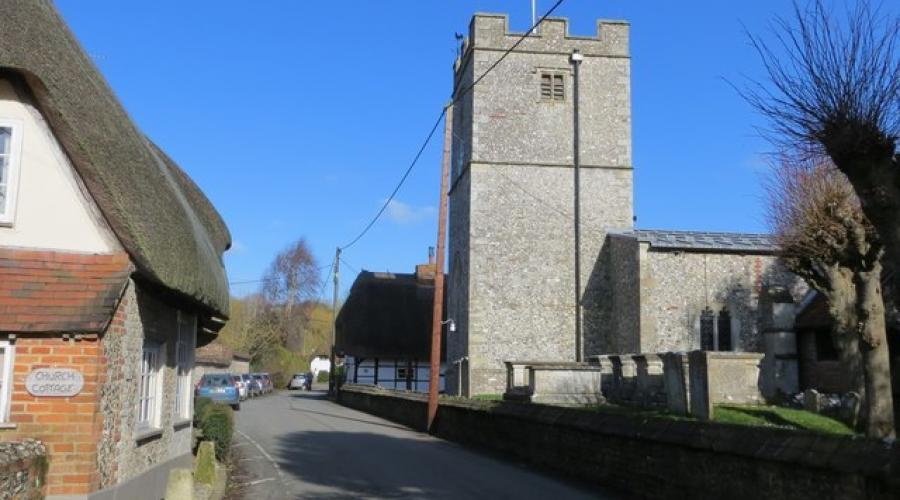 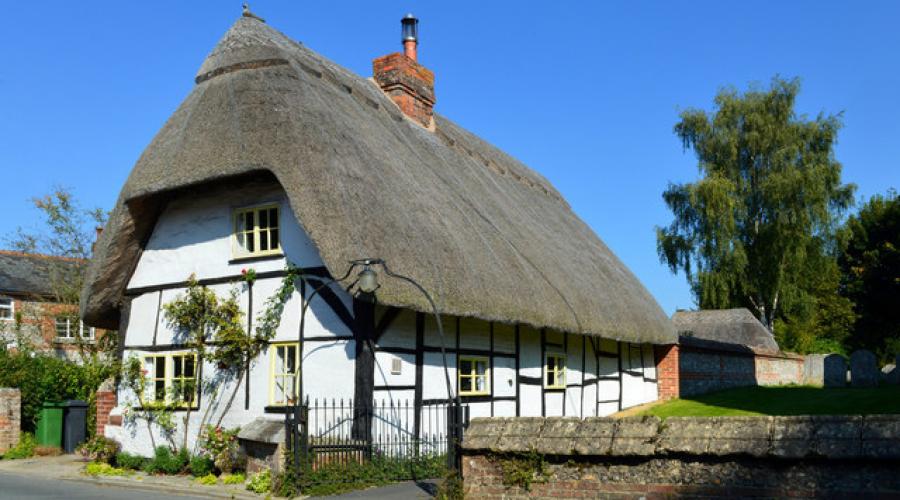 Please bring something waterproof to sit on for lunchtime.

Please bring a packed lunch. We can't have lunch in The George Inn in St Mary Bourne because it is being sold, nor can we have lunch in the Cricketers in Longparish because it is closed while the staff are on holiday, so please bring a packed lunch and plenty to drink and I'll run the walk anticlockwise instead. There are pubs in Whitchurch such as The White Hart for a drink at the end.