High Worth and a High Workout in the High Weald

Your price
£12.50
Easy Moderate Very Hard
Distance is 26 km (16 miles); total ascent is 523 m; terrain is hilly with a number of ascents and descents; surfaces are dirt, grass and tarmac.

The village of Worth, with its mighty Saxon church, could not escape being engulfed by the suburban sprawl of Crawley. The landscape beyond, which is the northwest portion of the High Weald Area of Outstanding Natural Beauty, was more fortunate. The patchwork of small, irregularly shaped fields and ancient woodland, crisscrossed by sunken trackways and studded with sturdy sandstone cottages and manor houses unfurls as soon as the M23 is crossed over. The train service to Three Bridges is fast but the passage of time in the area we'll be exploring is slow. The walk through it will make the heart race with exhilaration and exertion before calming it with beauty and tranquillity.

Worth: St Nicholas' Church: 'one of the most powerful of Anglo-Saxon churches, large in scale and bold in conception' (Pevsner: The Buildings of England: Sussex). Built 950-1050. One of the oldest places (perhaps the oldest place) of continuous worship in the country. Surrounded by woods but right up against the M23. The rebuilding in 1868-71 left alone the three mighty Saxon arches (an early victory for conservationists). Other Saxon features are pilaster strips and two-light windows divided by a column. It would have been 'an extraordinary building to find, even as an abbey, in a simple forest clearing' (Simon Jenkins: England's Thousand Best Churches). The churchyard contains the grave of Robert Whitehead (1823-1905), inventor of the modern (i.e. self-propelled, self-regulated) torpedo in 1866.

Turners Hill: An attractive group on a hilltop site. Some 18th century and many 19th century buildings. The source of the River Medway is nearby.

Gravetye Manor: Now a hotel and never a manor house, built 1598 for a wealthy Wealden ironmaster. Tall and imposing. The main appeal are the gardens laid out by William Robinson in the 1880s in a new 'natural' planting style. The hammer pond now an ornamental lake.

West Hoathly: On a superb hilltop site with a commanding view north over Surrey and south over the Downs. St Margaret of Antioch Church: simple in appearance but not in development. Shingled broach spire over tower and early Norman nave; 12th and 13th century aisles and windows. 17th century manor house, sandstone, handsome and symmetrical. 15th century Priest House, timber framed. Other 15th century buildings such as The Cat Inn, the exposed beams visible inside, the outside tiled.

Worth Abbey Of Our Lady, Help of Christians and Worth School: A vast imitation Tudor house by Anthony Salvin of 1869-72, bought for use by the Roman Catholic Benedictine Order in 1933. Pretty additions by Aston Webb. The abbey church is by Brett and Pollen and of 1965-89 and is a vast concrete drum. Model Farm by Salvin incorporated into Worth School.

I welcome dogs on all my walks and this walk is fairly suitable for them. Although it has few fields with livestock it is long, the weather may be warm and there are many stiles. A dog must be obedient if it is off the lead.

The Worth Way converted railway line will take us most of the way to Worth before suburban footpaths take us over the M23 and into the AONB and back on to the Worth Way. The old railway line will bring us out east, close to Crawley Down before we divert southeast to go to Turners Hill. A walk south through the village and along the B2028 will take us to Selsfield Common where a detour to the south, via the High Weald Landscape Trail will take us through through Pine Wood and Shagswell Wood right past Gravetye Manor. Having walked through West Hoathly and heading out west, we'll pass various farms such as Chiddinglye and Great Strudwick. Heading north on a lane will take us through Paddockhurst Park, then a footpath through Downside Wood and past Worth Abbey, the church at which we'll briefly visit. A route northwest through Worthlodge Forest will take us back to the suburbs of Crawley where suburban streetwalking will bring us back to the station at Three Bridges. 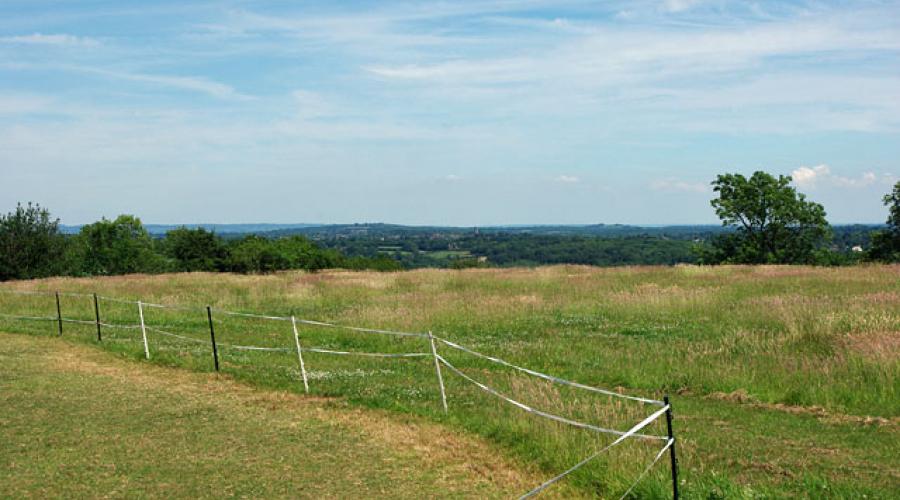 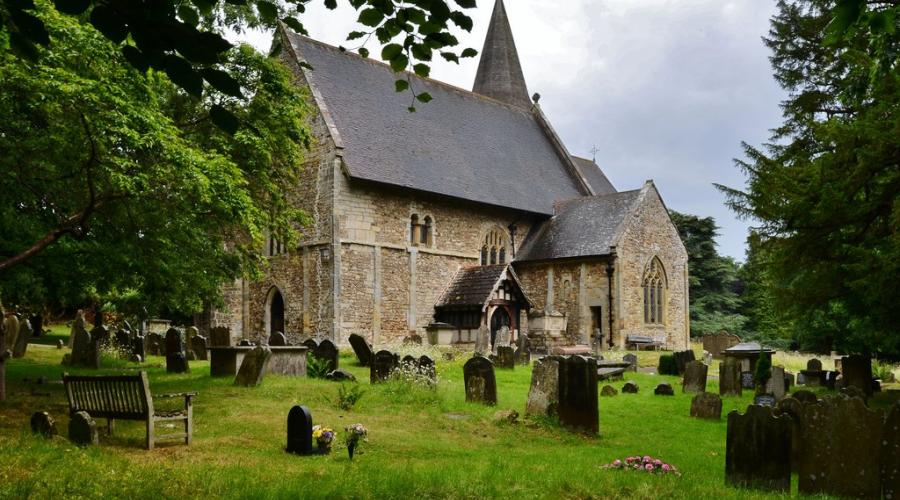 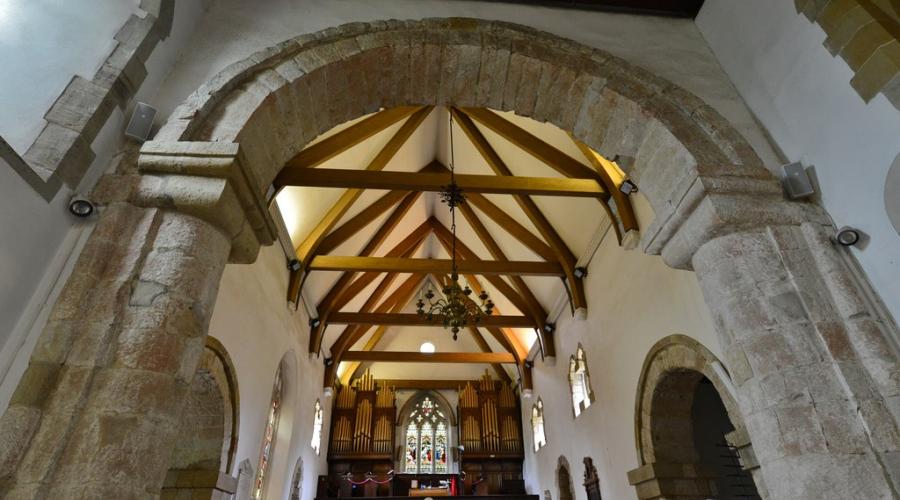 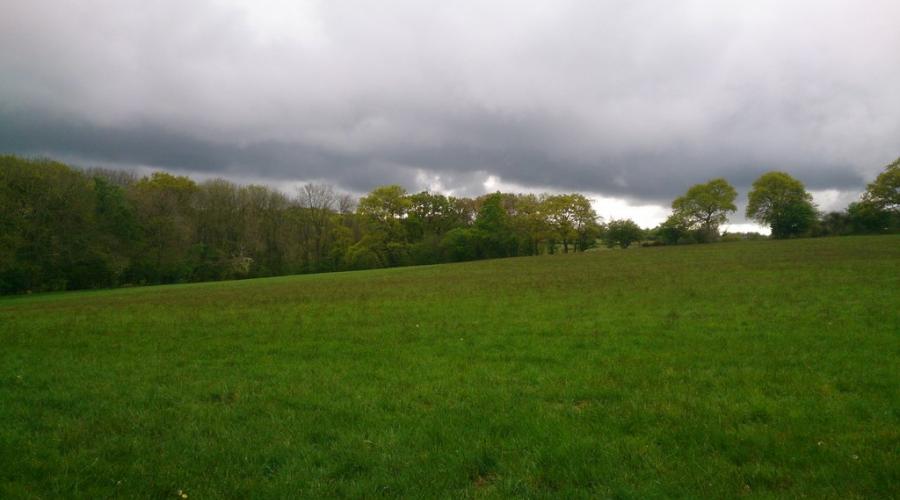 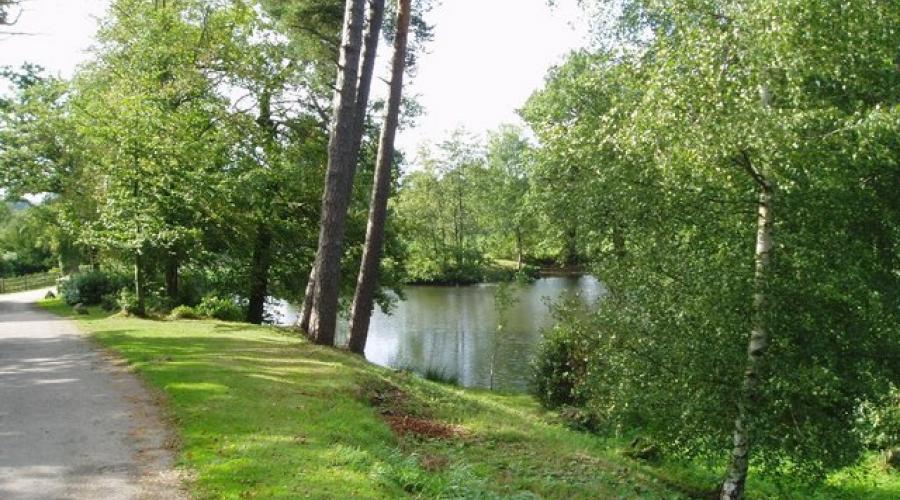 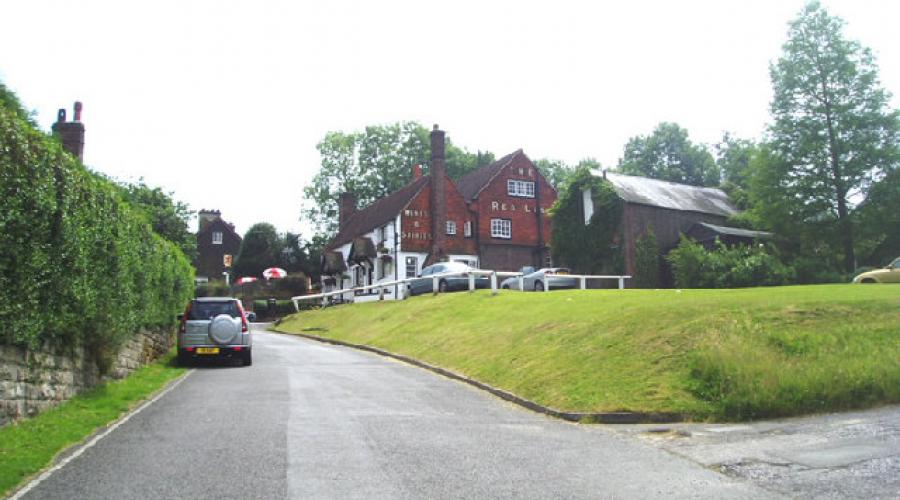 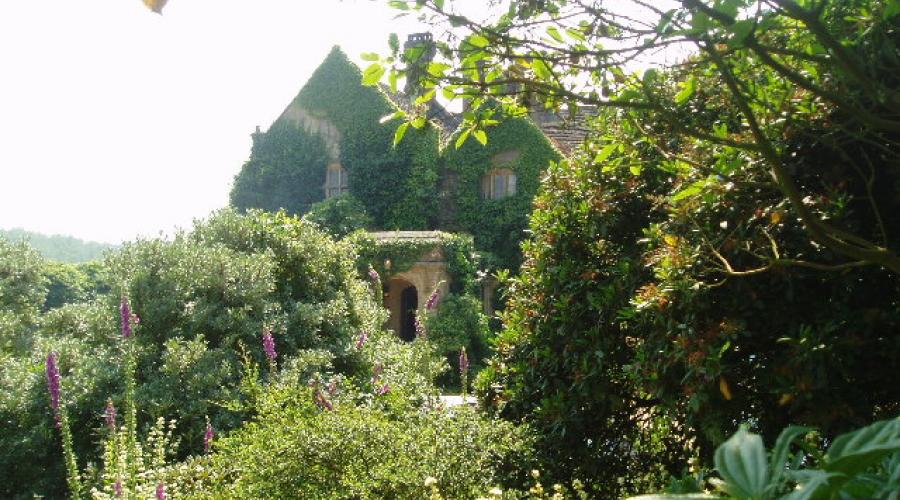 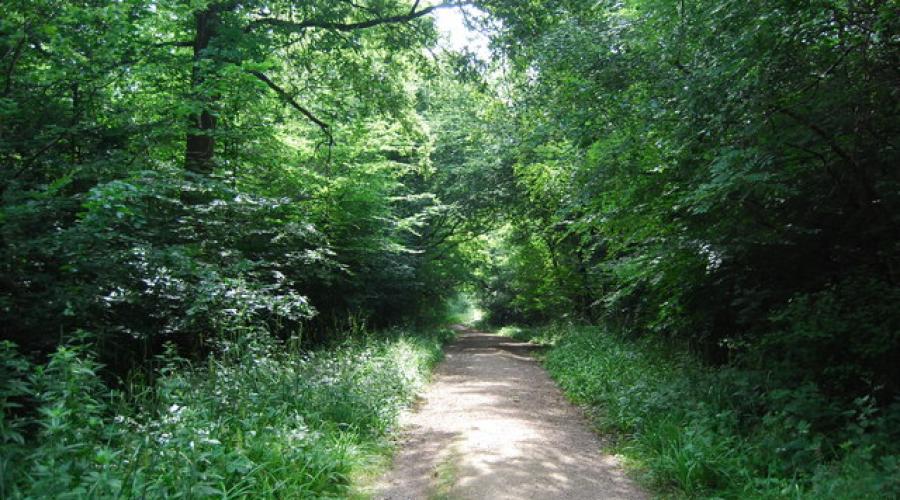 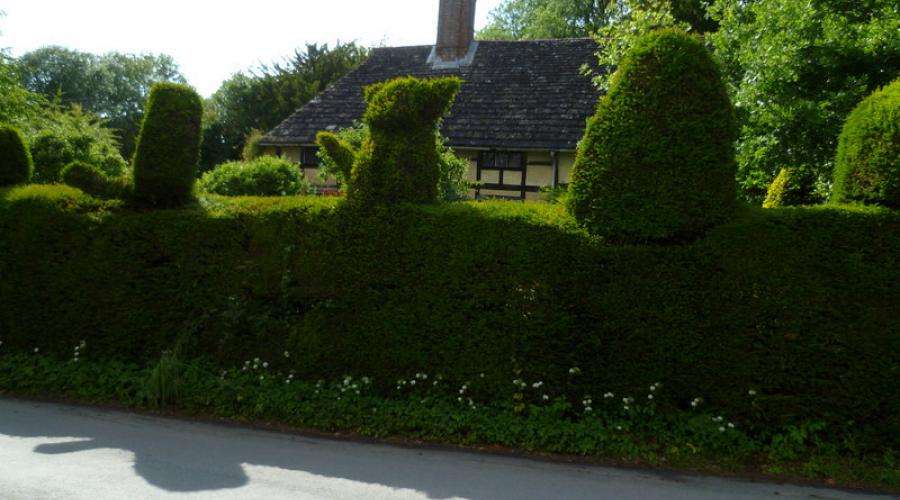 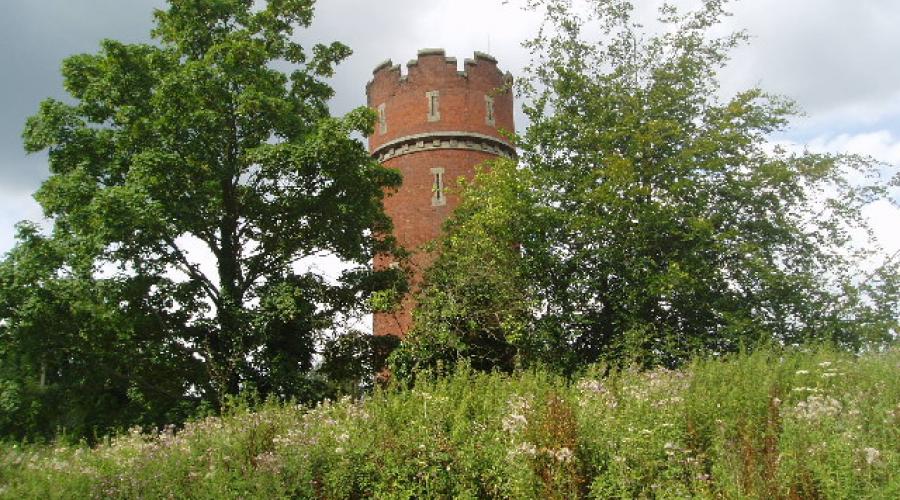 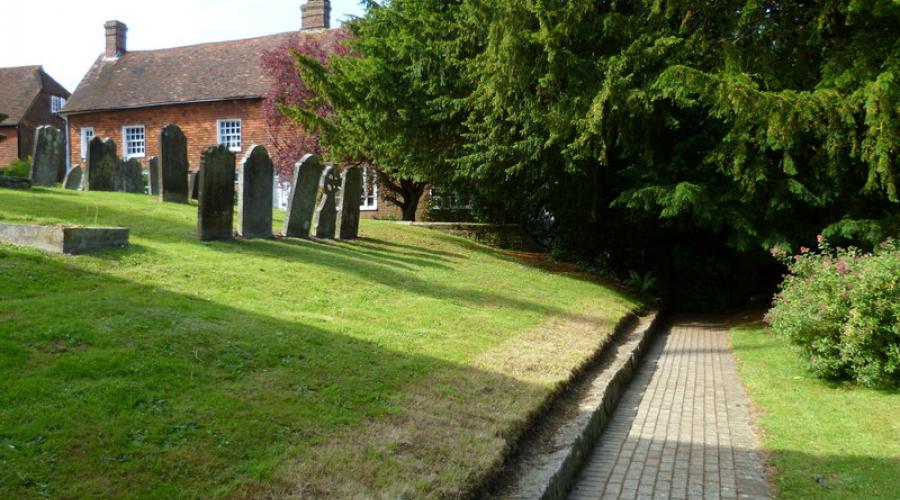 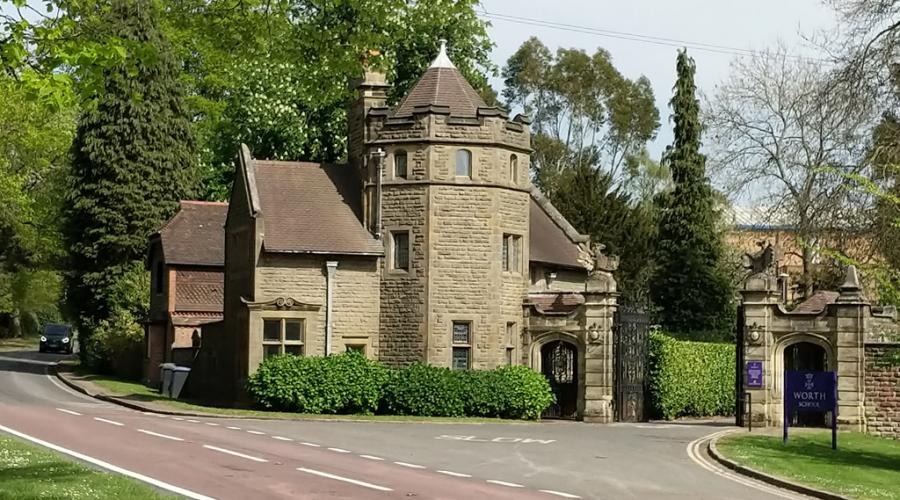 Walking boots are essential to cope with the inclines and declines. Wear thick socks to prevent blisters. Bring a raincoat if rain is forecast. Bring something waterproof to sit on if rain has made the ground wet.

Please bring a packed lunch and plenty to drink. The only place to buy food in Three Bridges before the walk is at the Gregg's in the station. We'll have a drink at The Cat Inn in West Hoathly just after lunch. At the end of the walk, opposite the station, there's The Snooty Fox (if you're dying of thirst and happy to rub shoulders with real people).