'Sweet lovers', Shakespeare tells us, 'love the spring'. But who doesn't? The lengthening daylight, the climbing temperature, the unfurling leaf, the intensifying colour, the gambolling lamb - all lift the mood. Spending time in 'green space' (a garden, a park, a landscape) is proven to do likewise, but being in 'blue space' (a lake, a river, a seascape) is even more effective. On this 110th lead of mine, blue and green space meet: the flat, fertile fields transition seamlessly into the reedbeds, saltmarshes, creeks and salterns of Chichester Harbour Area of Outstanding Natural Beauty. And, if the exhilarating landscape and seascape aren't enough, the villages we'll see are some of the loveliest in Sussex.

Chichester Harbour AONB: 'Chichester Harbour is one of the few remaining undeveloped coastal areas in Southern England...Its wide expanses and intricate creeks are at the same time a major wildlife haven and among some of Britain's most popular boating waters. The massive stretch of tidal flats and saltings are of outstanding ecological significance.' (From Wikipedia). At this time of year, birdlife should crescendo before some species such as Brent Geese depart for northern latitudes.

Warblington: Cemetery, lanes, church and castle. The Church of St Thomas, oldest in the area, is late C12. The tall octagonal turret is a remnant of Warblington Castle, built in 1340. Razed by the Parliamentarians in 1643 with the tower left as a navigation point.

Emsworth: In the SE corner of Hampshire on the shore of Chichester Harbour. An attractive maritime town. Once a medieval port for wine and other goods, it now has a basin for yachts and fishing boats, which fills at high tide and can be emptied through a sluice at low tide.

Prinsted: A suburb of Southbourne, or perhaps the other way round because the bigger place came later. A very pleasant surprise: a Y-shape of lanes with justifiably some of the prettiest cottages on the south coast.

Chidham: 'A cul de sac...on a tongue of land with an inlet of Chichester Harbour on either side of it. Completely unspoilt. One of the nicest of the West Sussex coastal villages: completely wayward too - no formal group, just barns, cottages and bell-gable of the church' (Ian Nairn). The Manor House has a plain C18 front. St Mary's Church is all C13, simple and affecting. Middleton House is handsome, 1759. I must admit to Chidham being my spiritual home. I find the the vast fields and sky so liberating, the cluster of homes so touching.

Bosham: 'Deservedly, the best-known village around Chichester Harbour: a close-packed huddle of cottages at the waterside, as intricate as a Cornish village, but built to a softer Sussex colour scheme' (Ian Nairn). Holy Trinity Church is Saxon, but most is C12 and C13. A daughter of King Cnut is buried in the church, and Harold Godwinson prayed there before setting sail to offer allegiance to Duke William of Normandy in 1064 and thus it features on the Bayeux Tapestry as BOSHAM: ECCLESIA. Brook House is 1743, grade II-listed.

Fishbourne: Nice enough, but battered by traffic on the A259. Mill Lane, leading to Fishbourne Creek of Chichester Harbour, is very pleasant with its thatched cottages and millpond.

I love having dogs on my walks and this walk is very suitable for them with few stiles, busy roads and fields with livestock. Plus, they can splash in the sea and get coated in stinky harbour mud! At some points, the Harbour Conservancy Council insist upon dogs going on leads in order to protect shore-nesting and feeding birds. Any dog off the lead must be under control.

We'll follow the Hayling Billy trail to Langstone, then follow the coastal path (the Solent Way) to Warblington and Emsworth. At Emsworth we'll wander through the town and boatyards and pick up footpaths heading east to Prinsted. The coastal path will take as to Chidham and we'll cross the peninsula and take lanes back to the waterside. Well then go round Bosham Channel to walk through Bosham, then take footpaths heading further east to Fishbourne. At Fishbourne Mill we'll turn inland and head to the station or bus stop.

(Picture credits: Bosham at High Tide by Rhonda Surman (from Flickr); Bosham, Church and Brook House by Michael Coppins; View Across Chichester Harbour at Langstone; Emsworth-panoramio by Ian Pudsey; Historic thatched cottage in Prinsted by Colin Park; Prinsted Sea Defences by Janine Forbes; Millstream Hotel by Peter Trimming; The Old House at Home Chidham by Bob Parkes; Catchwater area, Chidham Creek by Simon Carey; Bosham - Coastal view to 'Raptackle' by Rob Farrow; Crops Near Fishbourne by Peter Trimming; Stream through the Reedbeds by Simon Carey; Unnamed Creek Entering Fishbourne Channel by Simon Carey (all pictures are from geograph.org, except the first, and all are licensed for reuse under Creative Commons).) 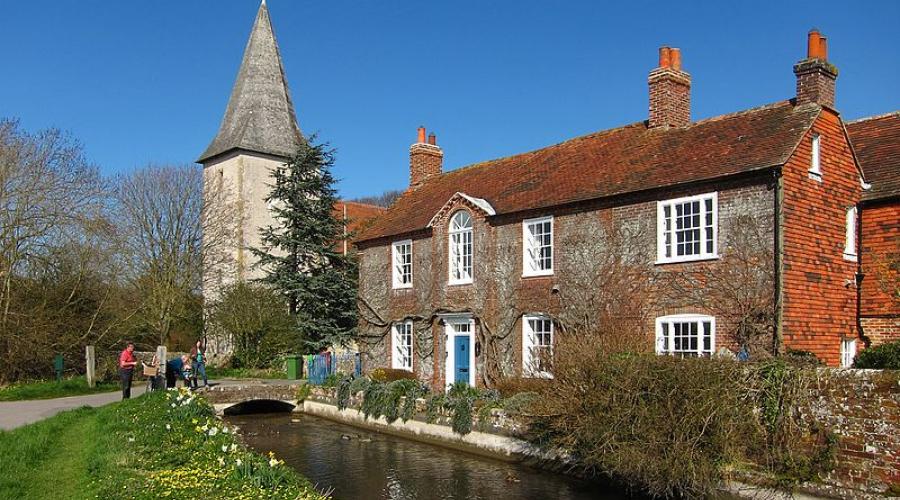 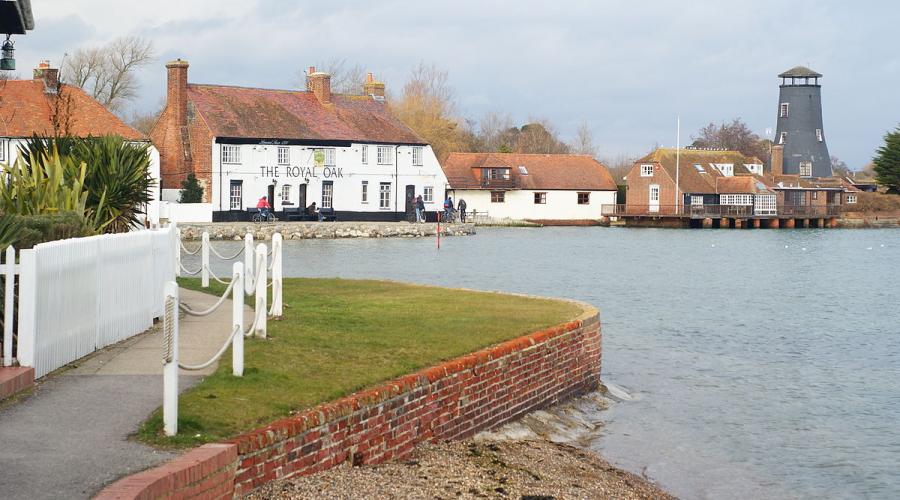 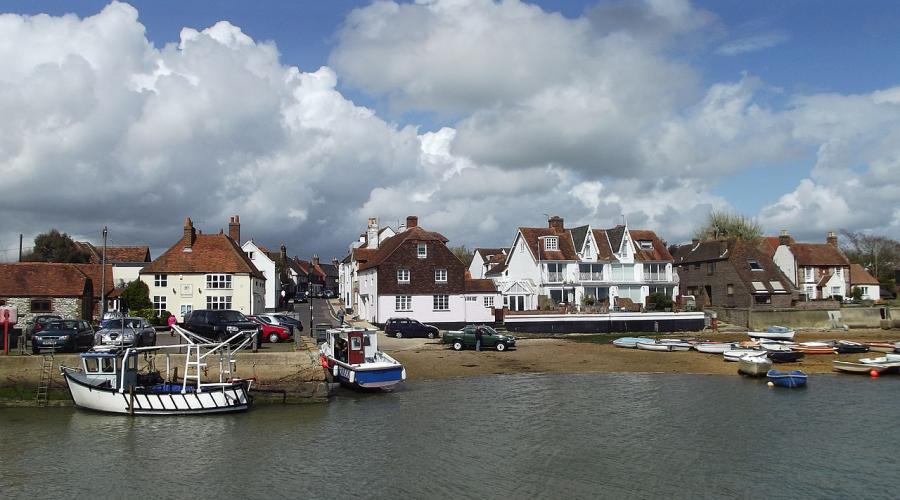 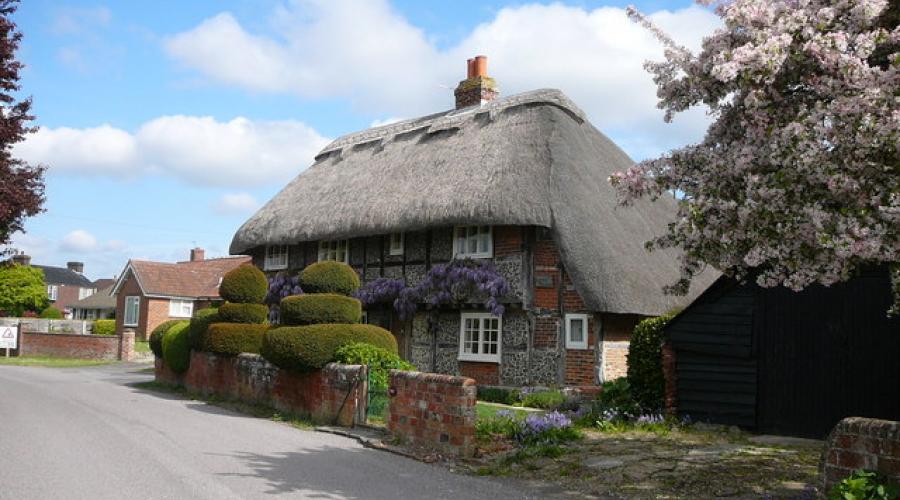 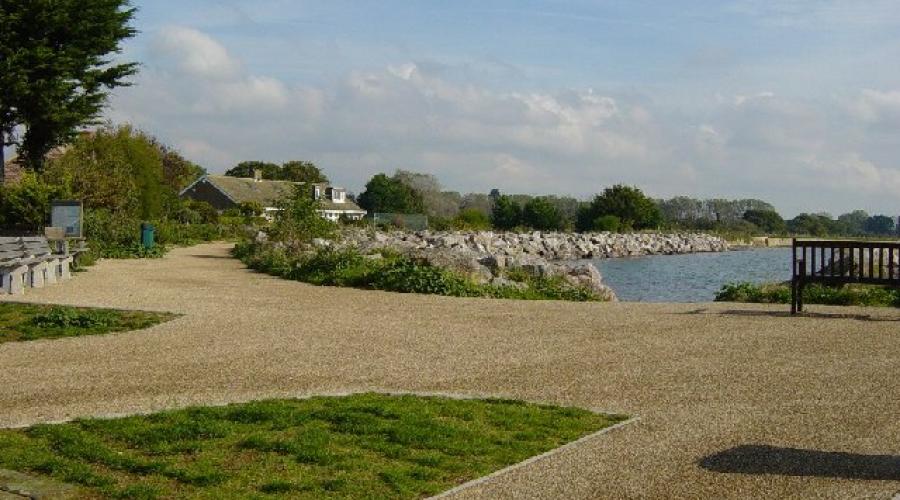 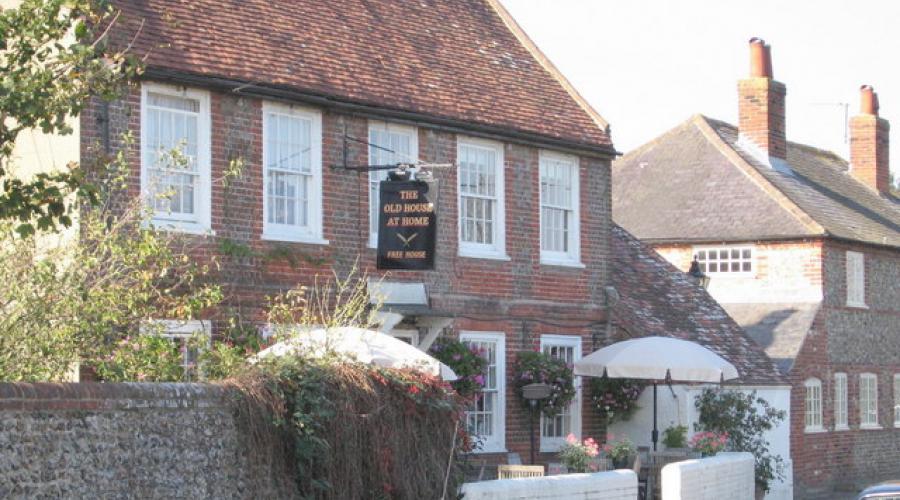 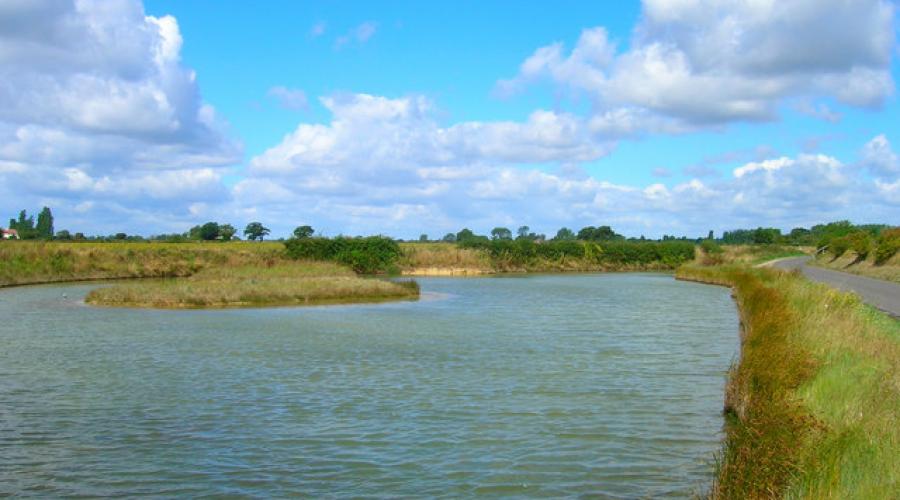 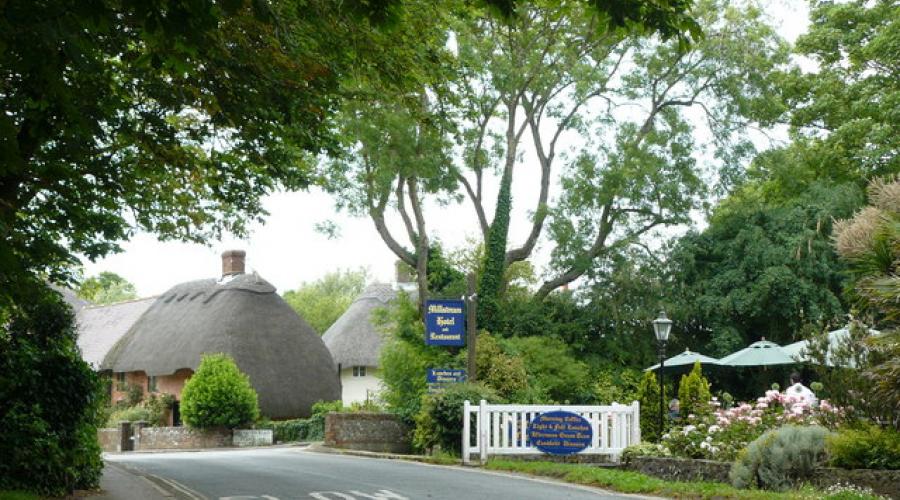 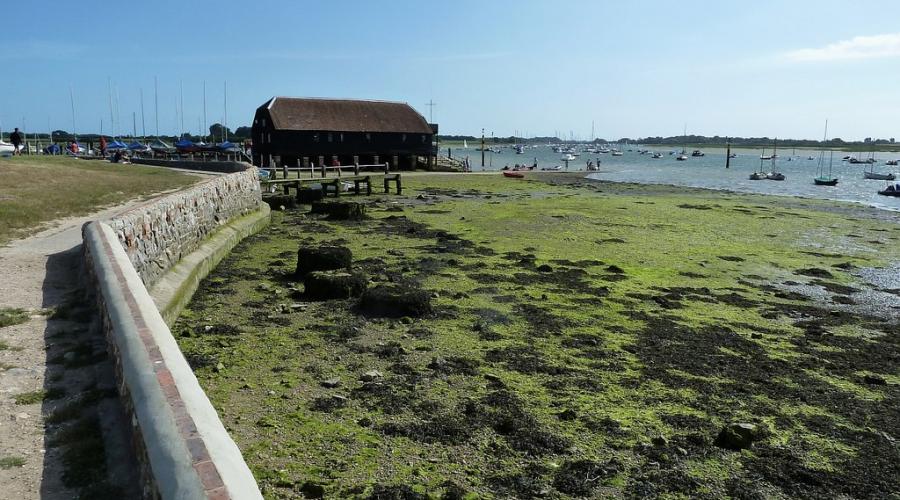 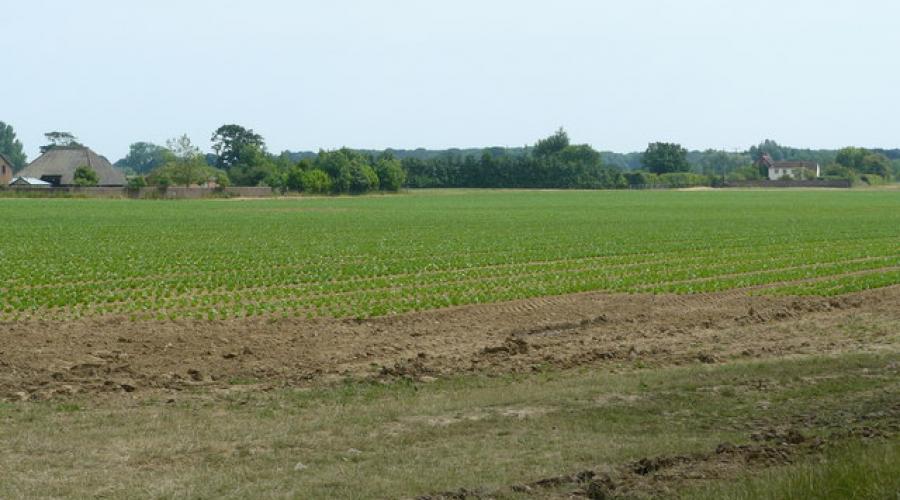 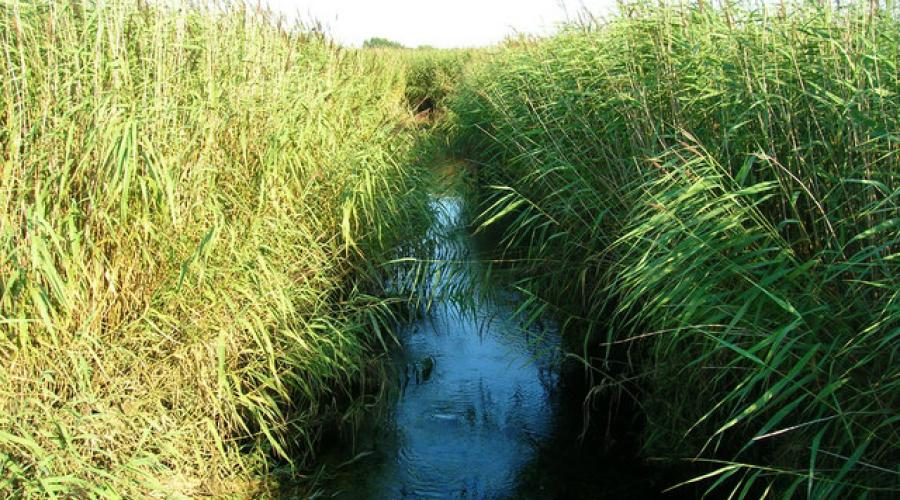 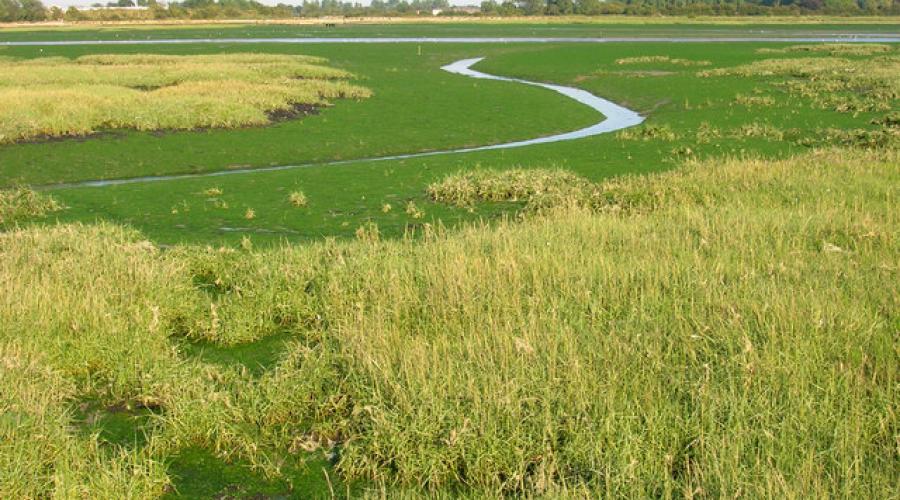 Wear clothing appropriate to the weather and season. It may be wet and chilly, so a raincoat or padded coat would be required. The terrain is flat, often tarmac and gravel, but there will be some muddy places, so waterproof walking boots are required.

Bring a packed lunch and drink. There will be nowhere to buy food at the start of the walk, but you could get some in Emsworth.

We could have a drink at The Old House at Home at Chidham half way round, and/or at the The Bull's Head at Fishbourne just before the end of the walk.