This relatively easy 11 mile (17.5km) walk in southeast Leicestershire takes in stretches of the Leicester Line of the Grand Union Canal and Foxton Locks, an engineering marvel of the 19th Century.

Starting in Kibworth Beauchamp, we head cross country, along stretches of the Leicester Line of the Grand Union Canal and the rolling Leicestershire countryside.

Because the flight of locks were so narrow, it created something of a bottleneck, and eventually in 1900, a mechanical boat lift known as the Foxton Inclined Plane was built to enable boats to be transported up and down much more quickly.  Now a Grade II listed 'building', the flight of locks at Foxton is always busy with narrowboats, but the incline plane was decommissioned after only 10 years of service and its machinery and workings sold for scrap in the 1920s.

We will have some time to explore the locks, and the plan is to have a pub lunch by the canal at the Foxton Locks Inn.

After lunch we’ll make our way back to the starting point at Kibworth. 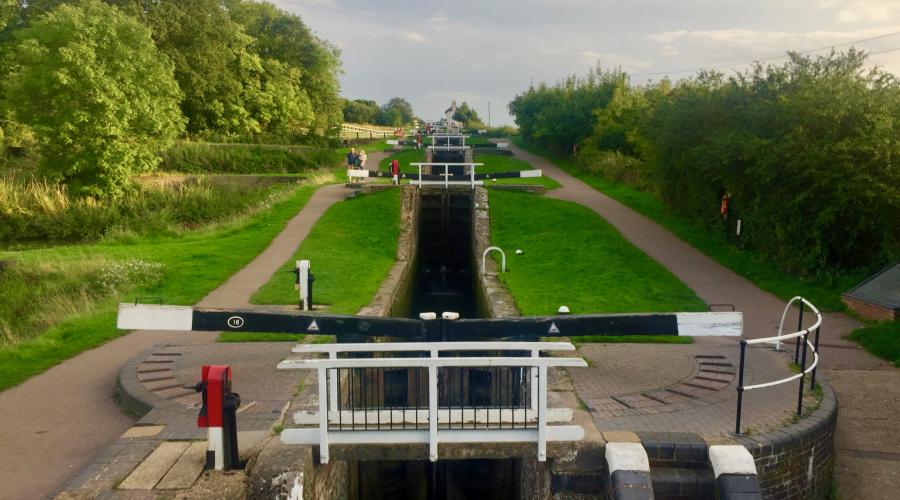 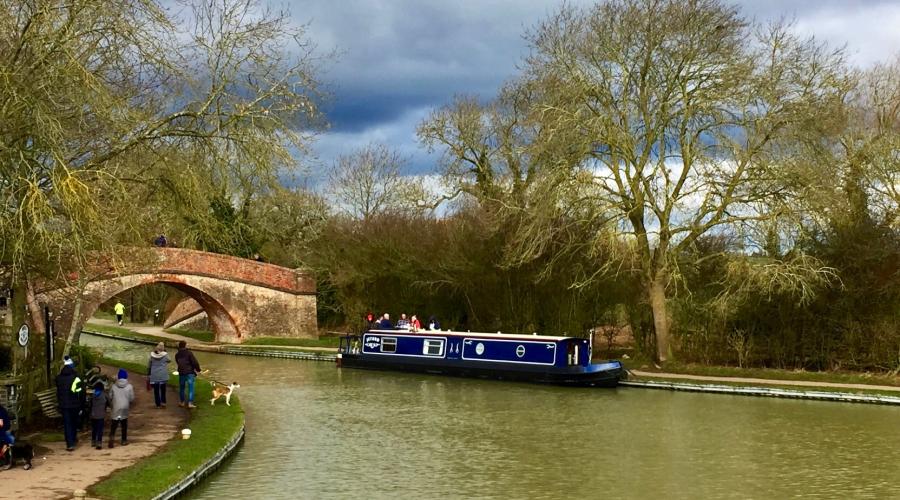 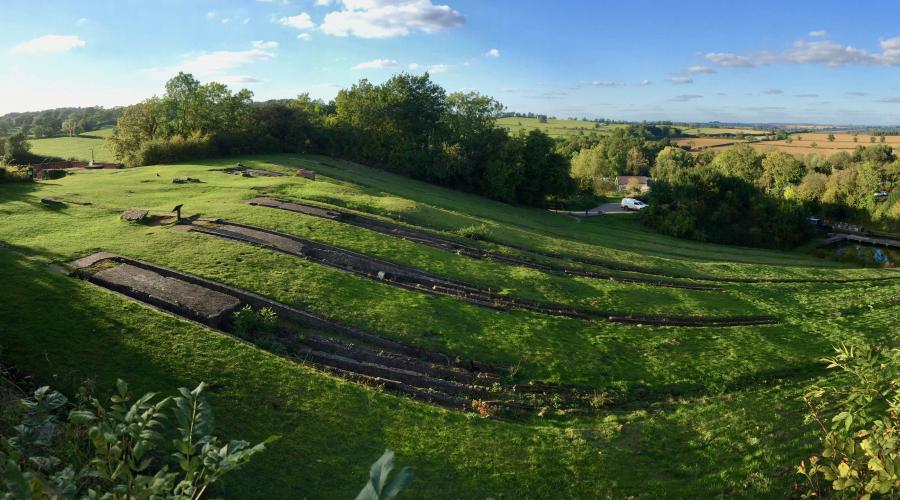 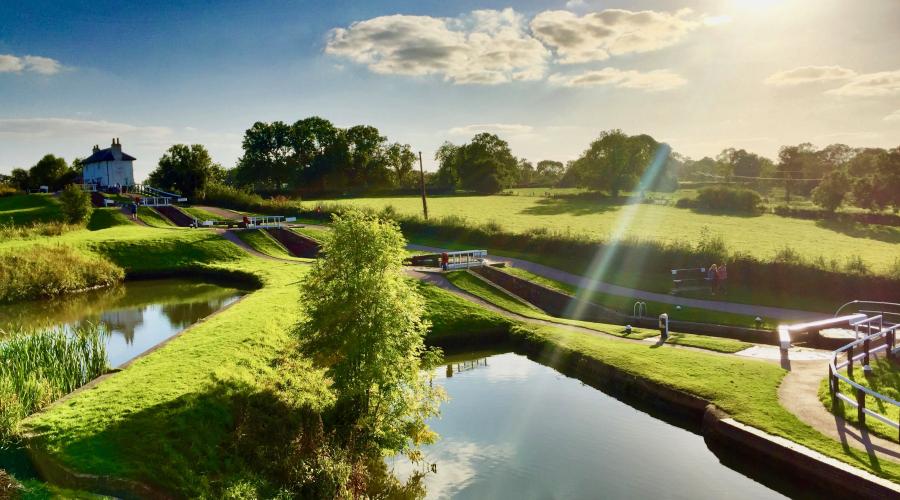 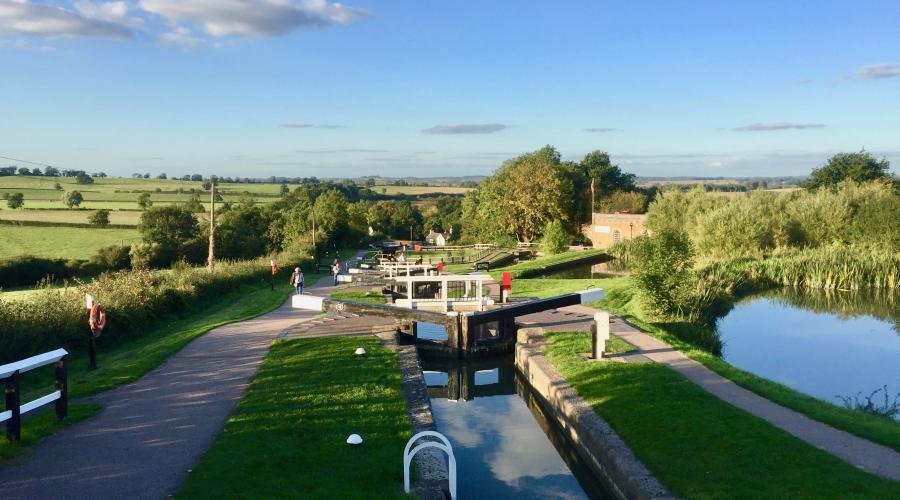 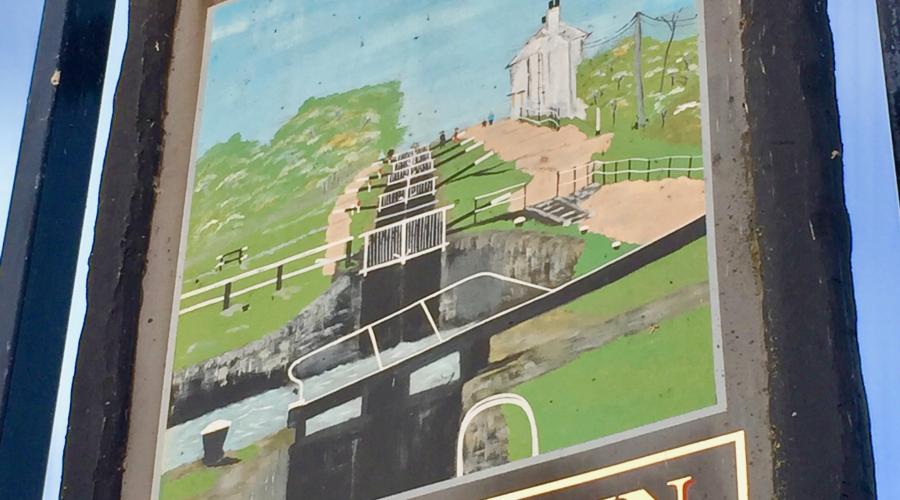 Although it's high summer, the weather may be unpredictable. Please ensure you have adequate layers to keep warm and waterproofs to keep you dry.

Although most of the paths themselves are well-trodden and maintained, some of the paths are across open fields, which can be quite wet and muddy underfoot after rain, so you should wear decent boots and possibly gaiters too.

Note that this is only a guide and you will need to consider the weather forecast.

If you have any questions before the event, please contact the event leader.

The plan is to stop at the Foxton Locks Inn for lunch. It has a more limited menu for punters sitting outside on the picnic tables by the canal (Let's hope the weather is kind to us!). For more information on the pub and its food go to the Foxton Locks Inn website. The relevant menu is the Sunday Menu.

Of course you can always bring a packed lunch if you'd prefer and there are plenty of nice spots to sit by the canal.