Join us for a really enjoyable, autumnal day walk around the lovely Ladybower Reservoir and Derwent Edge.  The reservoir is situated  in Upper Derwent Valley in the Peak District National Park and boasts spectacular views and has a very interesting history.

Ladybower Reservoir covers two former villages, which were known as Ashopton and Derwent.  In the late 1800’s Parliament passed an Act, which authorised the creation of the three reservoirs and that was to be the end of village life as the locals knew it.  The locals were re-housed nearby and bodies from the local cemetery were exhumed and re-settled in Bamford.  Today, in dry conditions, parts of Derwent can still be seen.

We start our walk off at Fairholmes Visitor Centre where there are toilets and a shop (selling snacks and beverages).  Parking is £5.00 per day (please remember to take change), although there is a free car park and parking spaces (Just on the right hand side of the road (before the entrance of the Visitor Centre).  However, spaces fill up very quickly so you would need to arrive early.

Taking in views of the Dam, we head up hill and walk around the tree lined road and track which runs alongside Lady Bower Reservoir.

From the reservoir, we head in an easterly direction to the Summit known as “Lost Lad” it is approximately 538 metres height (named after the Legend of a Lost Shepherd boy, whose body was allegedly found by a passing Shepherd).   There is a spectacular viewpoint from there and the views are rich and varied.

From Lost Lad, we head along Derwent Edge.  The views of Ladybower reservoir and of the surrounding peaks are truly breath taking from up there.  As we walk along Derwent Edge, there are some very interesting grit stone tors, named locally as “Cakes of Bread”, “The Coach and Horses”  and the “ Salt Cellar”

Much of the moorland around Derwent Edge has been declared a Site of Special Scientific Interest because of its special vegetation and rare birds and animals such as Eurasian Golden Plover, Red Grouse, Ring Ouzel and Mountain Hare.  Derwent Edge also homes rare species of plants such as Common Cottongrass, Mountain Strawberry and Crowberry.

From Derwent Edge, we head down a footpath and take in breathe taking views of the reservoir to our left and Derwent Edge to our Right.  The footpath then passes alongside forest  land and eventually meets the a road, leading us back to the Visitor Centre.

The approximate length of the route is 15km, and has some steep hills in parts and is classed as moderate.

We will be stopping for lunch (roughly half way and weather permitting) and after the walk, we plan to meet for a drink at the Ladbybower Inn, Snake Road (A57), Hope Valley S33 0AX. 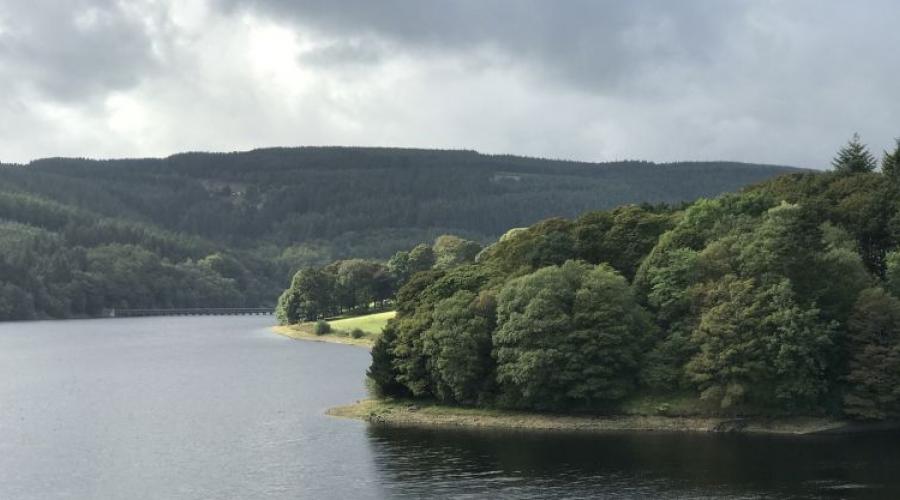 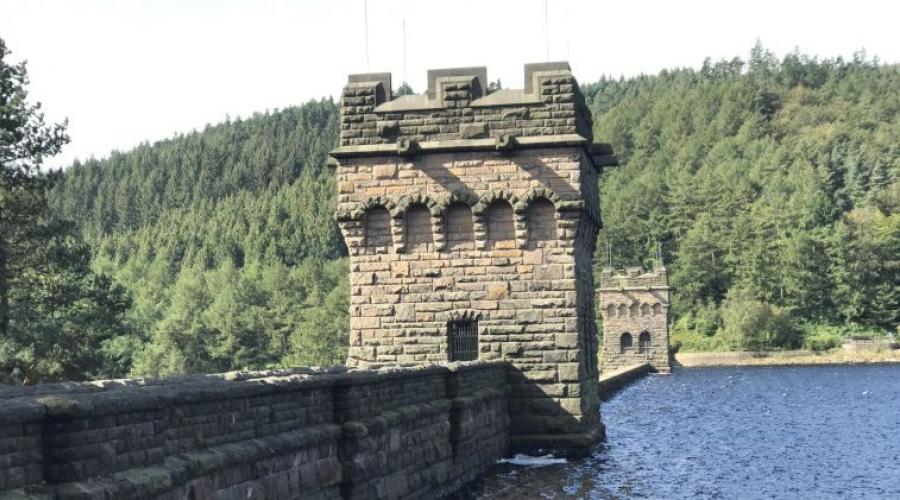 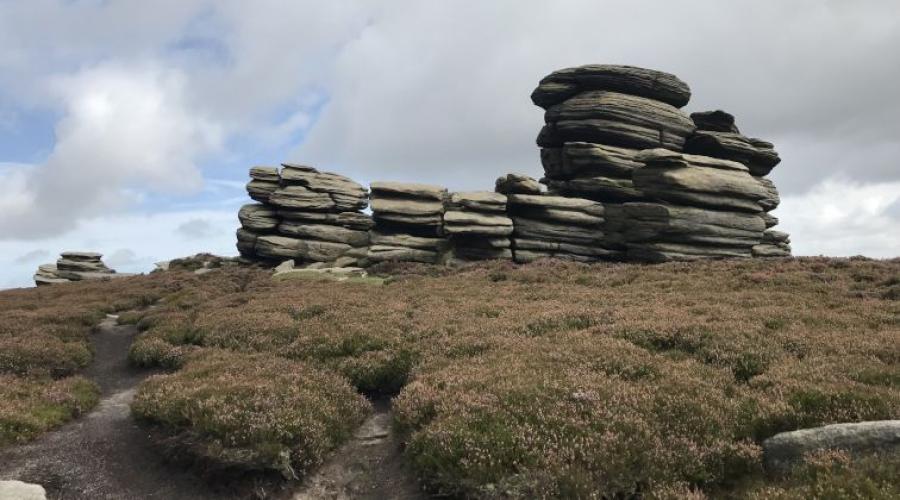 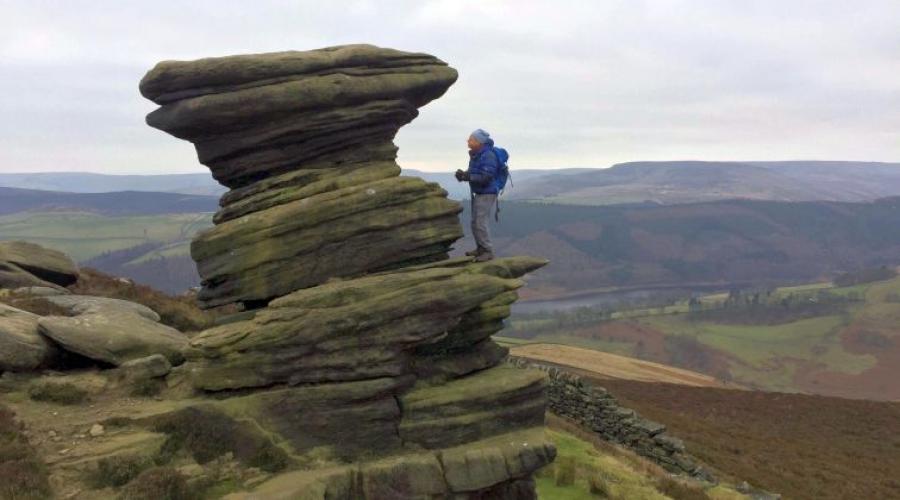 Day rucksack: typically 20-30 litres, they are comfortable to wear and allow you to use your arms freely

Boots:  waterproof and breathable and designed for hiking, trainers are OK if the ground is dry and there’s little chance of rain

Layered clothing: lets you quickly adapt to changes in the weather and body temperature. Go for a base layer (vest or t-shirt) and a mid layer (a micro fleece or shirt) and in cooler weather add an outer layer (a windproof jacket or thick fleece)

Trousers: ideally no jeans as they become heavy and cold in the rain, breathable fabrics are more comfortable and dry and on warm days shorts are OK

Waterproof jacket: essential when hiking in all but the calmest of weather, breathable fabrics are more comfortable and dry

Hat or cap: stay warm in winter and shaded in summer

Sunglasses: for any sunny day, even in winter

Sun cream: can be useful even on cloudy and winter days

Snacks: bring biscuits, energy bars, gels, bananas, chocolate or dried fruit for example and put them somewhere easy to get hold of

Optional pub stop at the end of the walk at the Ladybower Inn.