The Coast is Clear: Backpacking and Bathing from Barnham

Your price
£10.00
Easy Moderate Very Hard
Distance is 23 km (14 miles); total ascent is 121 m; terrain is largely flat except for some steep shingle banks at the beach; surfaces are dirt, grass and tarmac

Clear of houses, clear of crowds: a gap in the endless Sussex seaside settlement strip. To be honest, the only outstanding natural beauty we'll see will be our swimwear-clad ODL comrades frolicking in the foam, but that's doing the surroundings a disservice: the sand dunes are extensive, the arable fields expansive, the shingle beach exclusive and the azure sea...erm...expressive. The seclusion of the spot and the density of the dunes explain the beach's nudge-nudge notoriety for (unofficial*) naturism and naughtiness. There will also be a riverside walk, a historic hostelry and a cool beach cafe. Plus dogs are allowed on the beach, so Rover can run over the combers with his owner.

Barnham: Suburbia, synonymous with the railway junction, but the cul-de-sac to the south with church and manor house is delightful. St Mary has a charming exterior and a rather bare interior. Origins around 1180. 15th century French painted panel of St Genevieve. Barnham Windmill is brick tower mill of 1829; restored except for sweeps partially removed.

Atherington: The southern part of Climping Parish and across the mouth of the River Arun from Littlehampton. One leafy, wayward street winding down to the sea, lined with beach cobble cottages. The pub, The Black Horse, is currently closed so we'll go to The Oystercatcher which is a chain pub.

Climping/Atherington Beach and Littlehampton West Beach: Occupying a gap in the development from Bognor to Brighton, an isolated and rather secret location. The extensive sand dunes are a Site of Special Scientific Interest and much of them is roped off; the parts that aren't have a boardwalk. Used for filming by the Doctor Who crew twice (for The Terror of the Zygons and The Enemy of the World, if you really want to know). A little beach cafe has been recently opened which faces Littlehampton across the River Arun. *The beach has long been used by naturists but is not recognised officially as such by the organisation British Naturism.

Littlehampton Fort: A prototype of the Palmerston Forts, built in 1854, to defend against a French attack. Now being restored and uncovered from the sand dunes.

Walking down Church Road in a southwesterly direction will take us out into the fields and we'll follow footpaths south across arable fields to Flansham. Heading further east, through Ancton, then south will take us to Elmer which is where we'll turn left, heading east, to walk along the coast. The smart houses will end and the expanse of strategic gap will open up which we'll cross as far as the River Arun, but not before we've had lunch, a swim and a stop at the cafe. Turning north at the mouth of the Arun we'll follow its meanders past wharves and boatyards. We'll then turn west along Ferry Road, head back to Atherington, and after an unavoidable slog along the A259's cycle path we'll then cross fields heading northwest back to Barnham where the same route along Church Road will take us back to the station.

My thanks go to Mark Wells (BrightonMarky) for suggesting this area for a beach walk. 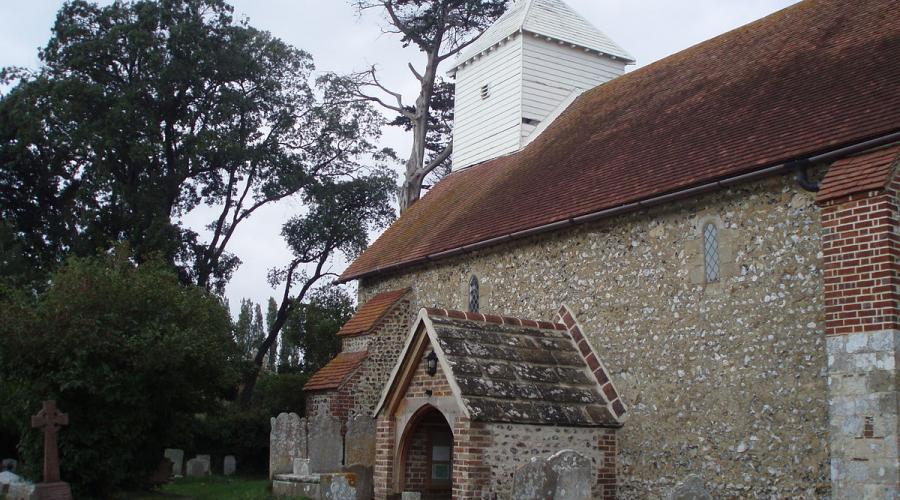 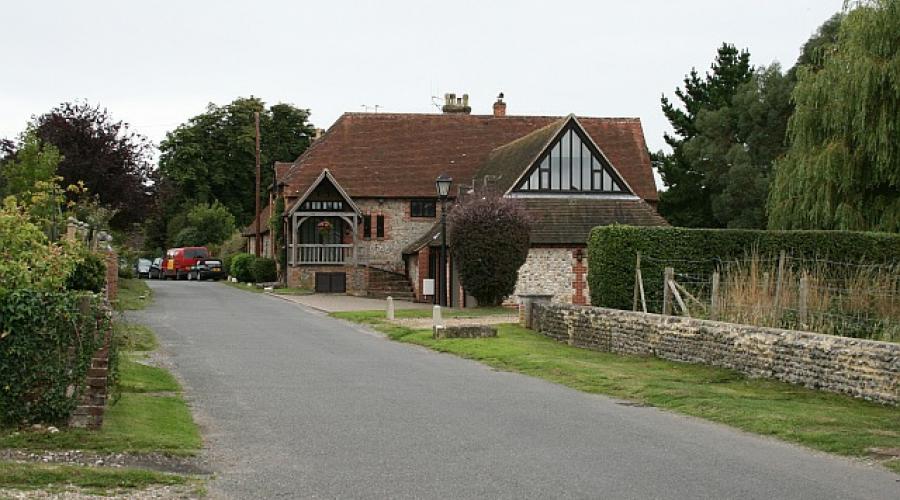 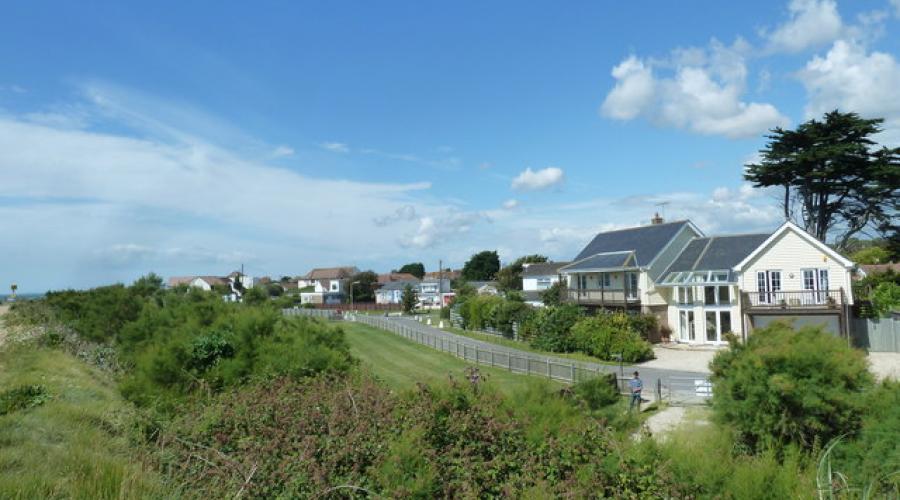 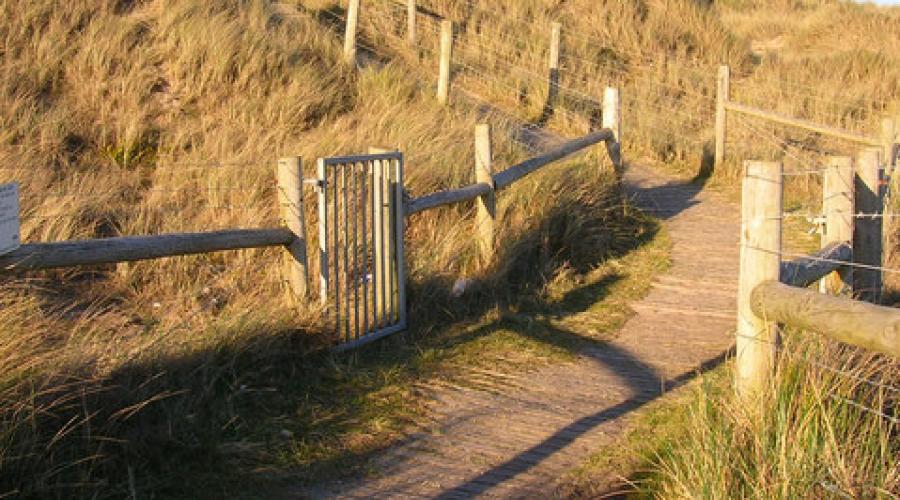 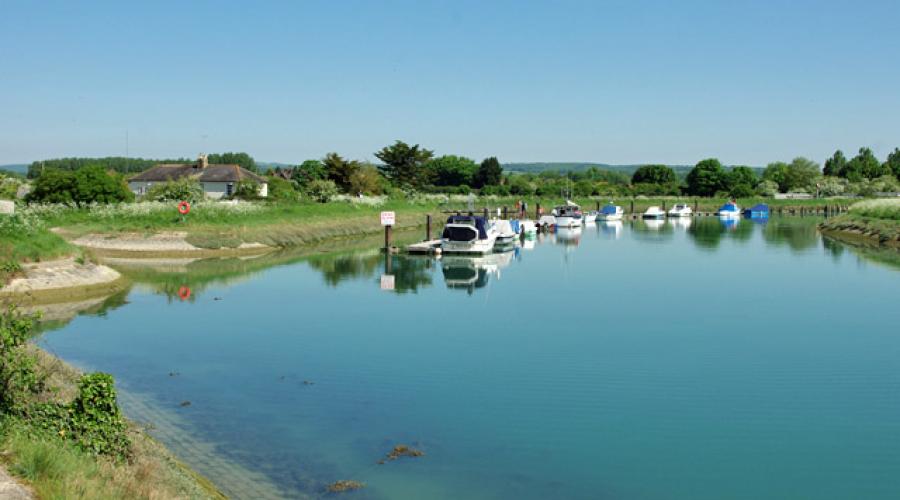 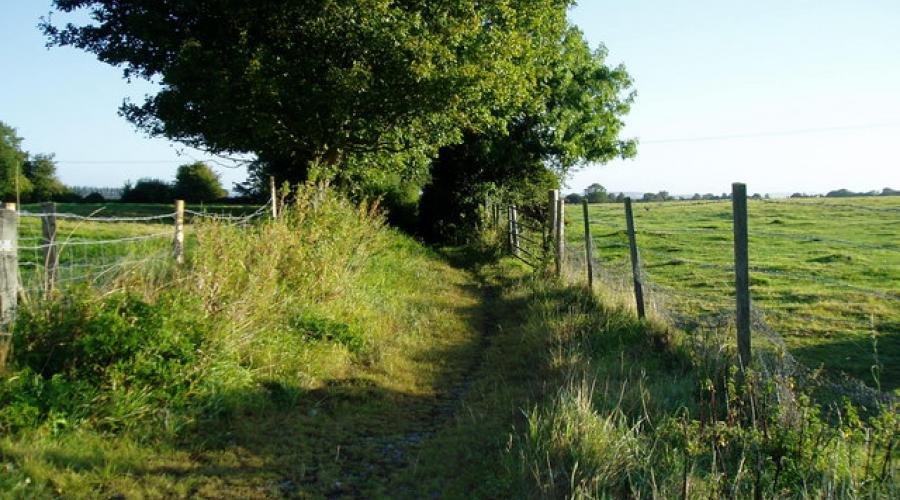 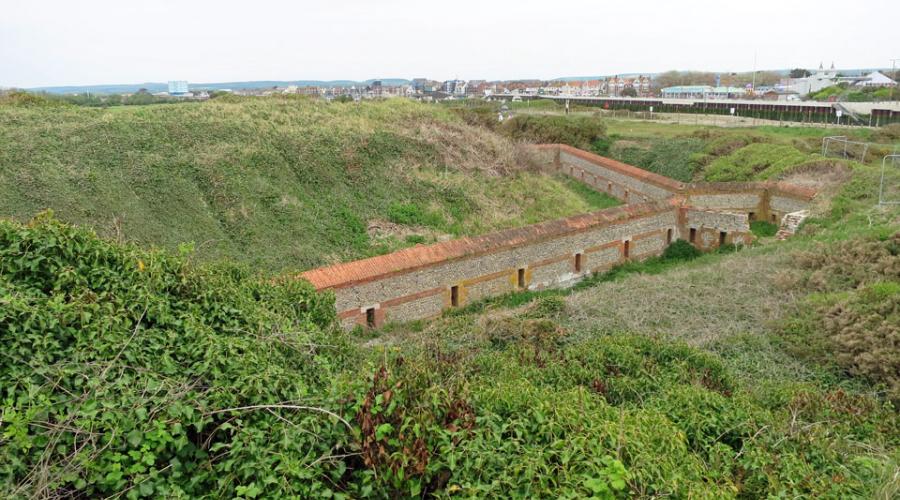 Walking boots or shoes will be essential as the walk is a moderate distance in length although the terrain is gravel and dirt.

Do apply and bring a high-factor suncream and a hat as much of the walk is exposed with little shade.

Bring swimwear and a towel if you wish to swim.

Please bring a packed lunch and plenty to drink. There is a cafe to visit at lunchtime (West Beach Cafe) an a pub soon after (The Oystercatcher). There is also a pub at the end of the walk at Barnham (The Murrell Arms).