Your price
£0.00
Easy Moderate Very Hard
The walk is 12 miles long with 260m (850) feet of assent mainly at the beginning then it's downhill and flat after that.

This event is intended for attendees at Big Summer Camp 2022.

Join me on this pleasant 12 mile circular walk starting from Shoreham by sea walking over the downs behind Lancing collage and its Chapel, an impressive example of Gothic Revival architecture (AKA Hogwarts) then down to Bramber Castle for lunch. Taking a gentle post lunch saunter back along the Adur river just in time for a bit of plane spotting at Shoreham Airport café.

The walk is 12 miles long with 260m (850 feet) of ascent mainly at the beginning, then it's downhill and flat after that. The surfaces will be a mix of uneven tracks, made paths and pavements.

We will start from base camp and walk directly to Angmering Station to catch the 10.43am train to Shoreham.

Arriving in Shoreham we will head to the co-op to grab lunch then walk across the Adur river using The Old Shoreham Toll Bridge built in 1781, now a public bridal way and free of charge. Crossing the the A27 at Sussex pad, thankfully with traffic lights, we will pass Lancing collage and start to make our assent on to the Downs.

Passing through Lancing ring a nature reserve we continue to head up and start to get impressive views of the South Downs, with the quarry behind the old cement works clearly visible in the distance and the Adur river below.

We make a sharp turn east at Steyning Bowl and a rapid descent along Monarch's Way towards Bramber.

Our lunch stop will be in the grounds of Bramber Castle. Bramber Castle was founded by William de Braose as a defensive and administrative centre for Bramber in 1073. Although the castle is now ruins and only fragments remain, it is still a fascinating place.

After lunch we pick up the trail using the Downs Link, a footpath and cycle track remade from the old Steyning Line railway. Heading south we will walk along side the river Adur passing the old cement works that closed in 1991 and is due for redevelopment. Passing under the A27 flyover Lancing College Chapel will come into view in the distance. Once again we will use the toll bridge and walk though Shoreham airport.

Shoreham Airport also known as Brighton City Airport was founded in 1910. It is the oldest airport in the UK and the oldest purpose-built commercial airport in the world still in operation. The 1930s Art Deco terminal building designed by R Stavers Hessell Tiltman is listed Grade II. Here we will stop and visit the cafe for refreshments with their fully stocked bar with local beers and take in a bit of plane spotting. The airport has often been used in films with a few to note:

We leave the airport behind, refreshed, and cross Adur recreational ground to join a footpath beside the moorings of Shoreham's house boats. This is an eclectic, bizarre and bohemian mixture of boats and barges used by people to live in. Crossing the Adur river using the the foot bridge with will head back to Shoreham station for our train back to base camp.

All pictures were taken by the leader. 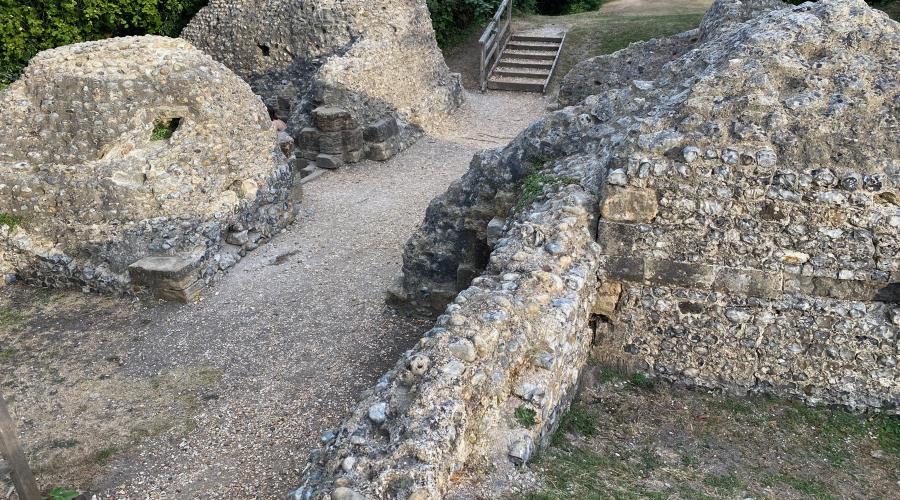 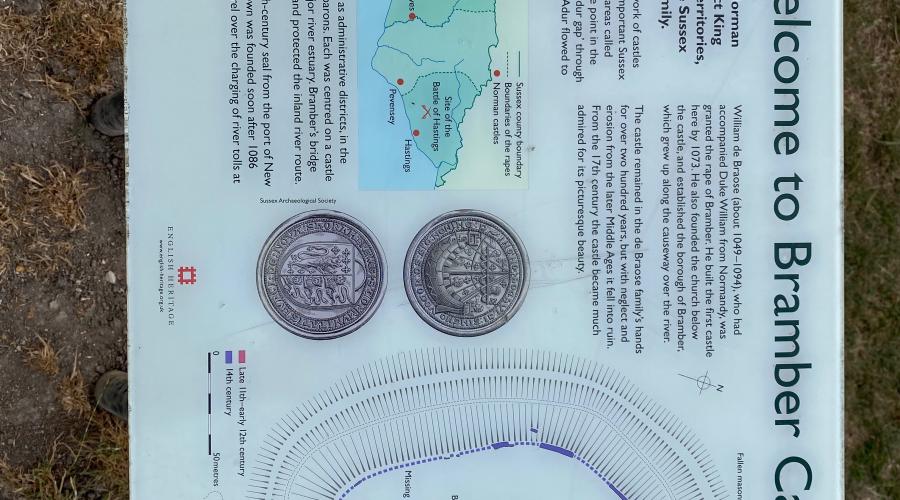 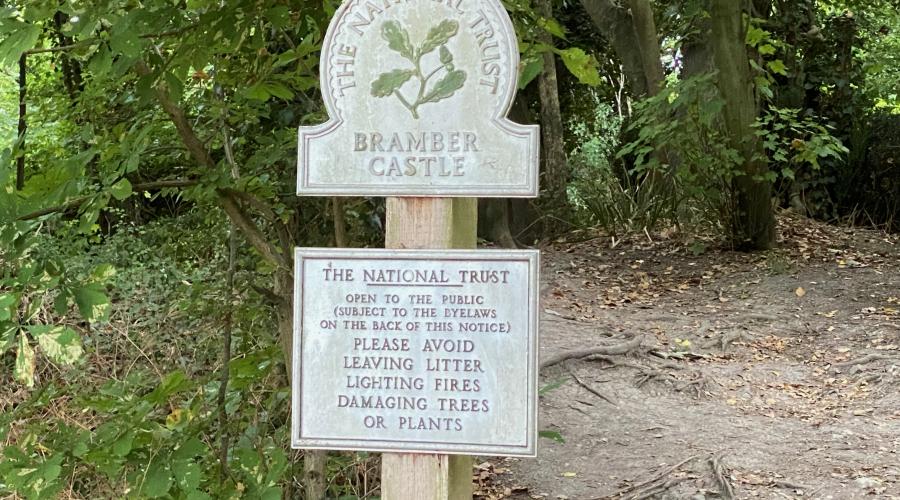 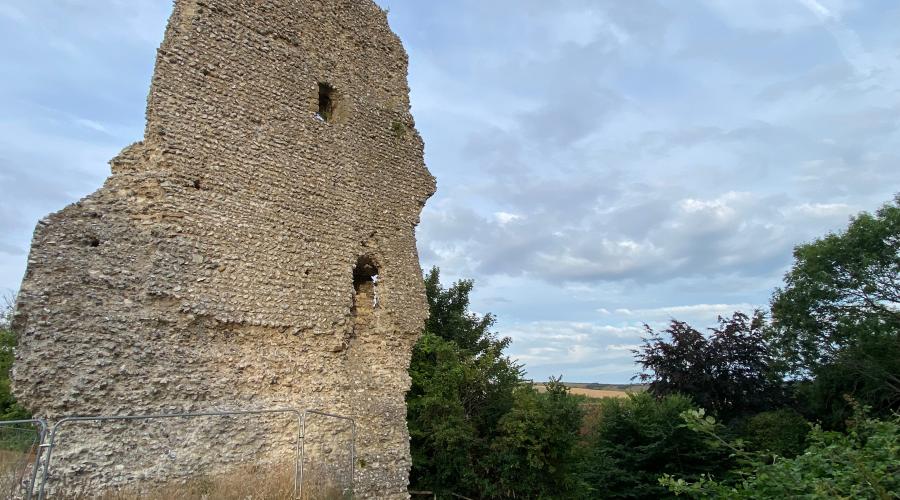 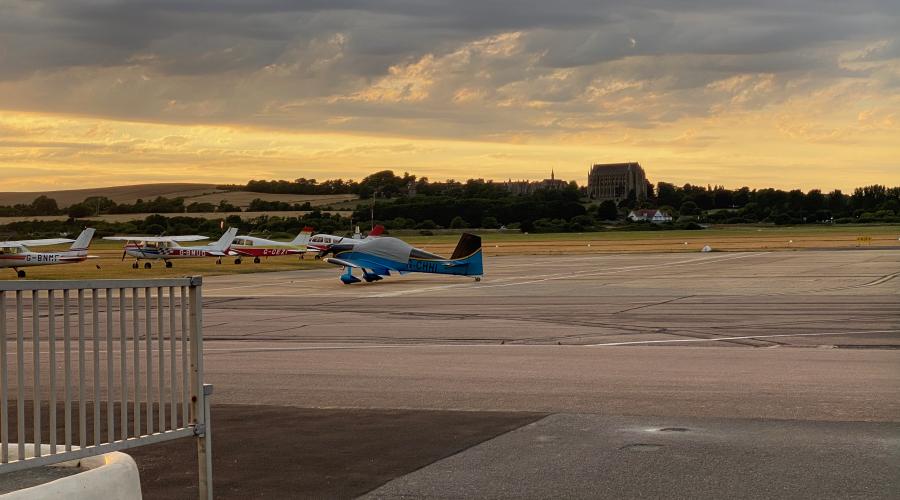 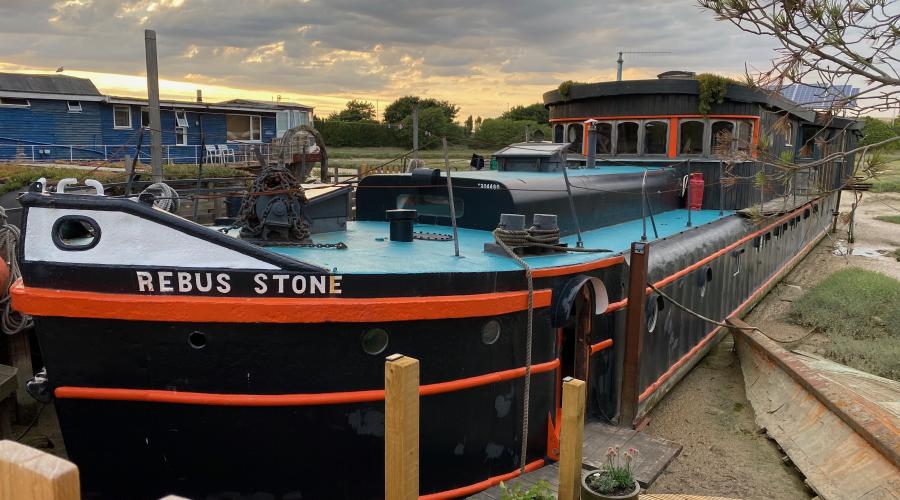 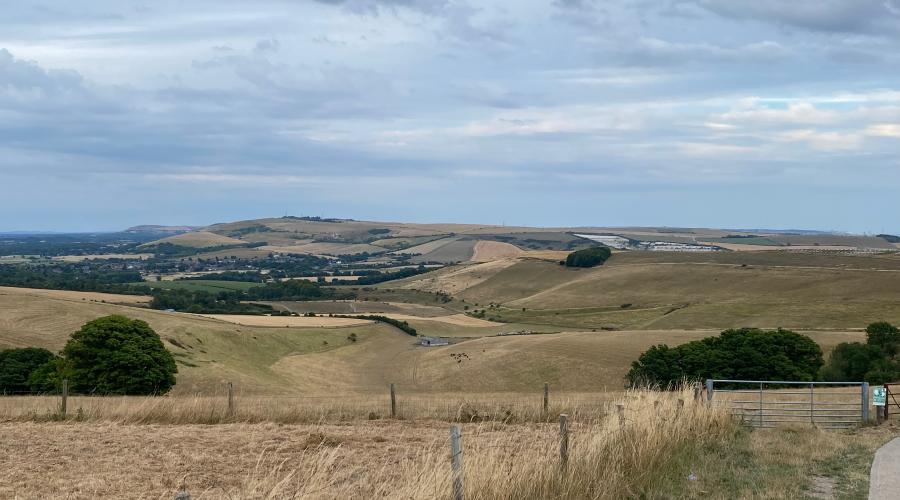 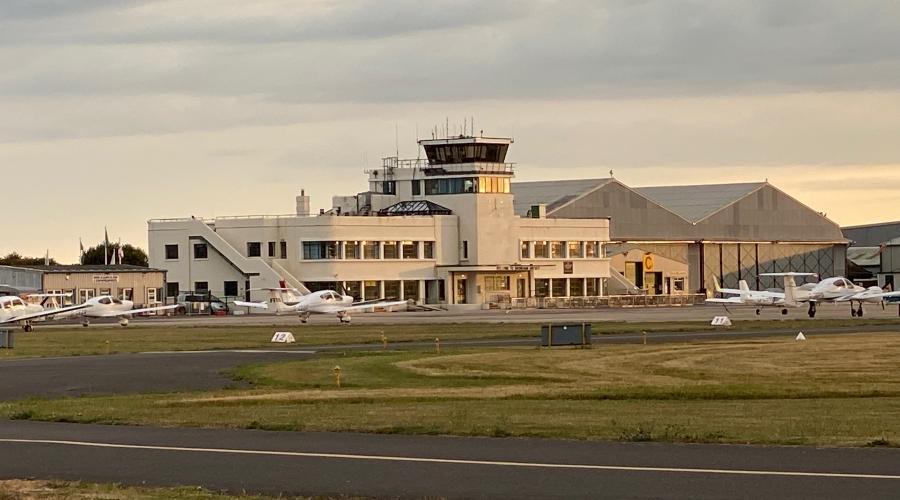 Day rucksack: typically 20-30 litres, they are comfortable to wear and allow you to use your arms freely

Boots:  waterproof and breathable and designed for hiking, trainers are OK if the ground is dry and there’s little chance of rain

Layered clothing: lets you quickly adapt to changes in the weather and body temperature. Go for a base layer (vest or t-shirt) and a mid layer (a micro fleece or shirt) and in cooler weather add an outer layer (a windproof jacket or thick fleece)

Trousers: ideally no jeans as they become heavy and cold in the rain, breathable fabrics are more comfortable and dry and on warm days shorts are OK

Waterproof jacket: essential when hiking in all but the calmest of weather, breathable fabrics are more comfortable and dry

Hat or cap: stay warm in winter and shaded in summer

Sunglasses: for any sunny day, even in winter

Sun cream: can be useful even on cloudy and winter days

Snacks: bring biscuits, energy bars, gels, bananas, chocolate or dried fruit for example and put them somewhere easy to get hold of

Lots of water and a packed lunch.