Vistas after Christmas and Good Cheer before New Year

[To the tune of The Twelve Days of Christmas] "On the sixth day of Christmas, OutdoorLads gave to me: six peaks a-mazing, five olden things, four calming wards, three peng glens, two fertile droves, and a starting point that's user-friend-leee."

Six peaks amazing: Not peaks, just modest hills: Pewley Down (115m, the first of the North Downs after the Wey Valley), St Martha's Hill (175m), Tangley Hill (113m), Chinthurst Hill (125m), Christmas Hill (yes, indeed, and only 50m up - just a road name really) and St Catherine's Hill (57m). Apart from Pewley, which is chalk, these are all hills on the disjointed greensand ridge. The hills conveniently get lower in height as our energy begins to flag and our legs ache. Pewley Down and St Martha's and Chinthurst Hills give wonderful views.

Five olden things: Actually many more, but chiefly Guildford Castle (just a keep from the C11th to C13 in a well-kept park), St Martha's Church (C19, by Henry Woodyer and on the hill on the Pilgrims' Trail), Great Tangley Manor (billed as 'Britain's Oldest House', certainly in the Domesday Book of 1086, but now mostly C13 to C16), Chinthurst Hill Tower (Late C19 folly), Shalford Mill (C18, tiled vernacular and very pretty, donated to the National Trust in 1932), and Chilworth Gunpowder Mills (largest of its type, started 1626 by the East India Company, closed 1920).

Four calming wards: The parishes of Chilworth (mostly 1960s housing with a few old cottages where we'll have a pub lunch at The Percy Arms), St Martha (an isolated church), Shalford (old cottages and 19th century workers' dwellings, much tile-hanging and roughcast building, plus The Old House which is 17th century) and Guildford itself.

Three peng glens: The valley of the River Tillingbourne (known as 'Vale of Holmesdale': narrow, wooded, pretty), the valley of the River Wey (wider, its sides given over to public parks), and the dry valley between the North Downs and the greensand hills and heaths (arable and pastoral fields). ('Peng' is teenager speak for very attractive.)

Two fertile droves: Not really droves, just broad tracks, of the Pilgrims' Trail (from Winchester to Canterbury) and the Downs Link (from Guildford to Shoreham), plus many more lanes and footpaths winding over hill and down dale, through forest and heath and between pretty places.

A starting point that's user-friendly: Plenty of fast trains and roads to and from Guildford Station. You'll get to the rendezvous and home again in no time.

Walking through Guildford town centre past the castle we'll ascend out to Pewley Down. A bridleway heading southeast will take us to the Pilgrims' Trail heading east to St Martha's Hill. We'll then descend down Guildford Lane as far as the A248 and then turn west and use the pavement to get to Waterloo Pond where we'll  folow a footpath past the ponds to Chilworth and the pub. After walking a little further along the A248 we'll pick up a bridleway heading southwest to the B2148 which we'll cross to go to Chinthurst Hill, which we'll ascend. Heading west off the hill we'll reach Chinthurst Lane and head to Shalford. We'll then head to the River Wey which will take us back to Guildford along its riverside path, but not before another detour for the last hill, if you're keen, and a very small one, of St Catherine with her crumbling chapel.

Dogs are very welcome on all my walks and this is a good dog walk, with plenty of woods and heaths for a dog to run free, although there may be livestock in some fields necessitating the dog going on a lead. A dog off the lead must be obedient.

(Picture credits: First four images taken by the leader (he's cool with OutdoorLads using them). The other images are: Guildford Castle by Len Williams; Pewley Down, Guildford, with 'The Chantries' in background by Keith Rose; Inside St Martin, Blackheath (7) by Basher Eyre; North Side of Tangley Hill by Colin Smith; Coppicing on Chinthurst Hill by Colin Smith; Chinthurst Hill Folly by Colin Smith; Shalford Mill by Des Blenkinsopp; Approaching St Mary, Shalford on the A281 by Basher Eyre; The Street, Wonersh by Colin Smith. The third party images are copyrighted but are above credited to their copyright holders and are licensed for further reuse under Creative Commons Attribution-ShareAlike 2.0 Generic (CC BY-SA 2.0).) 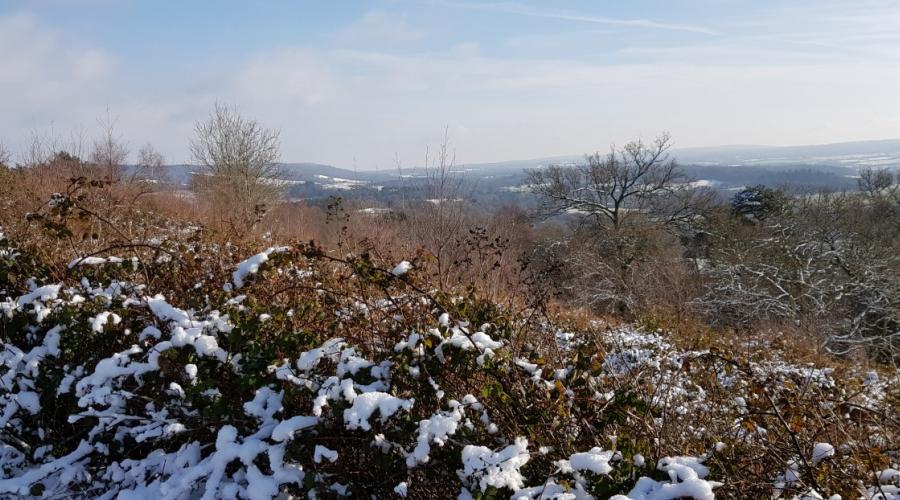 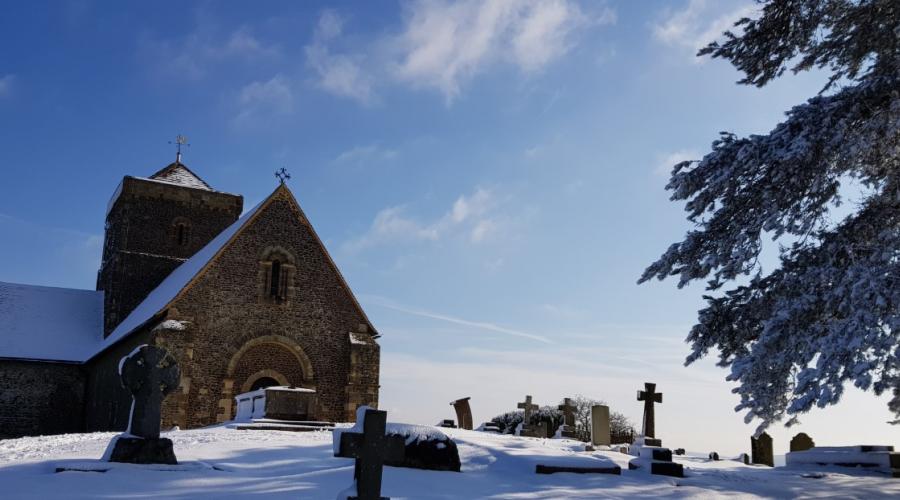 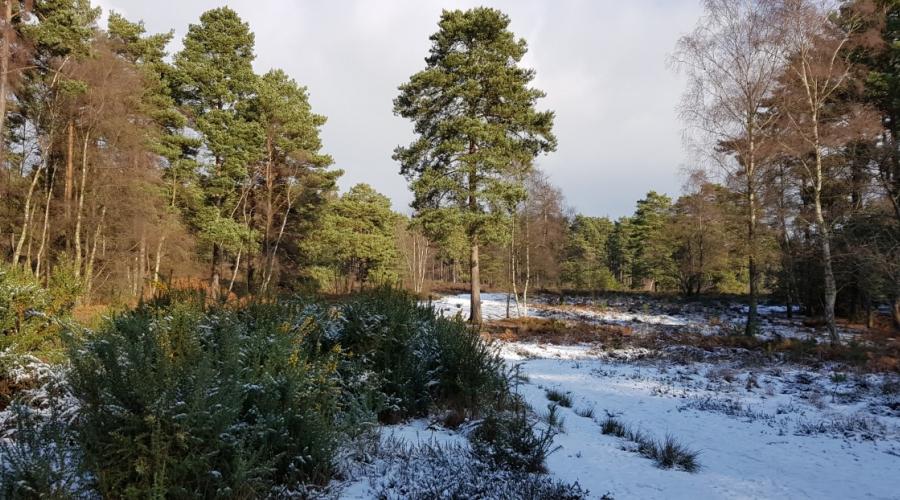 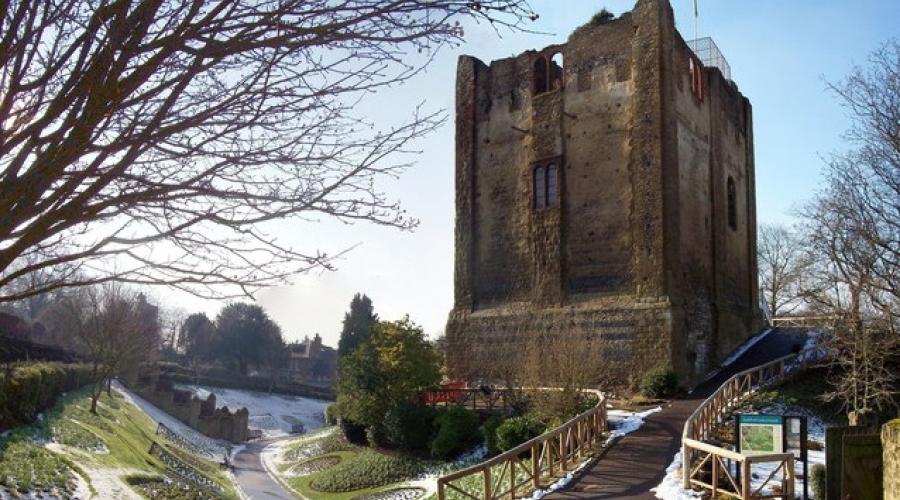 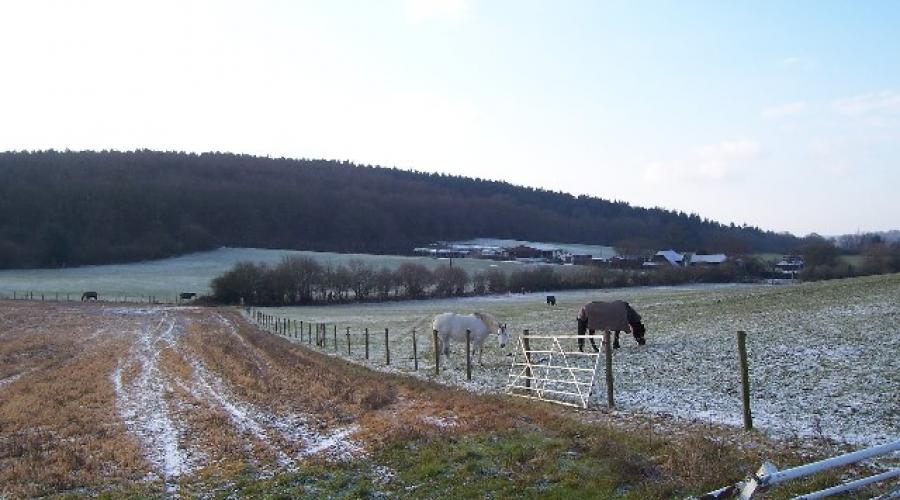 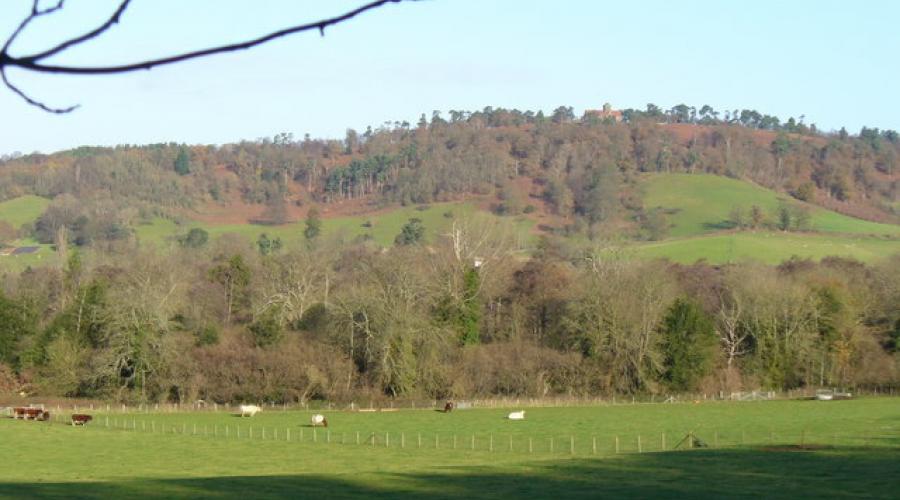 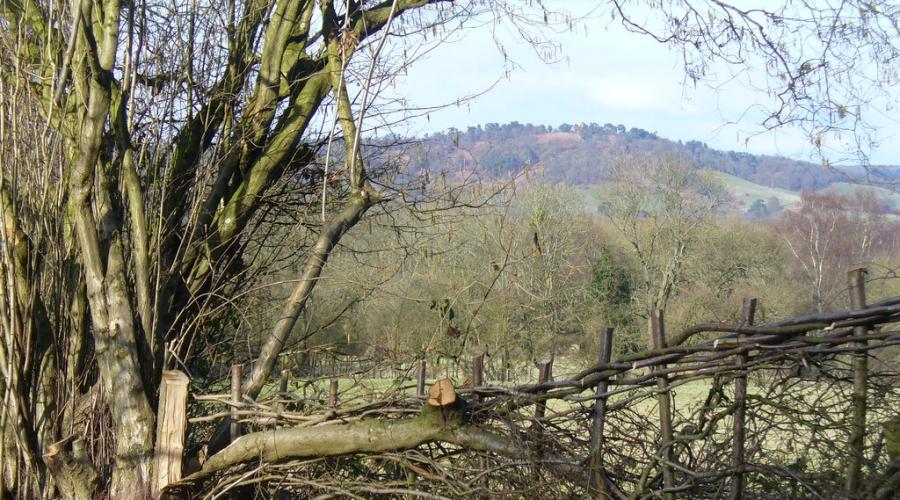 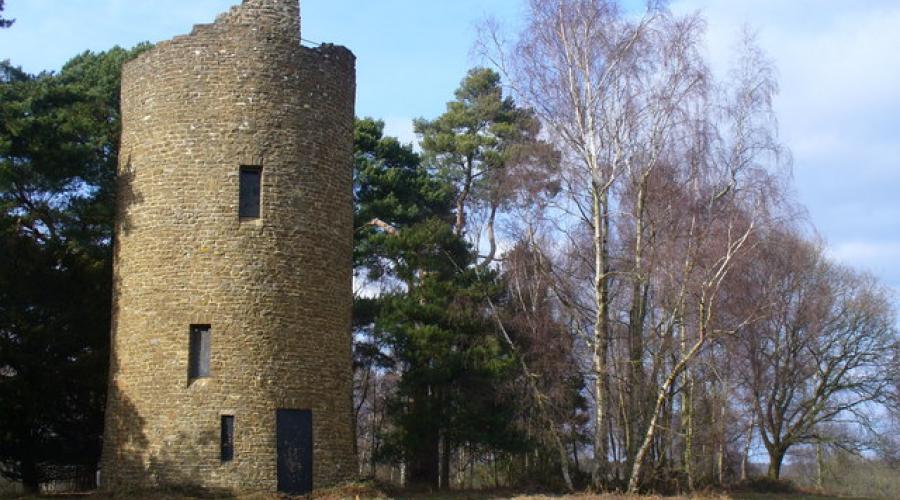 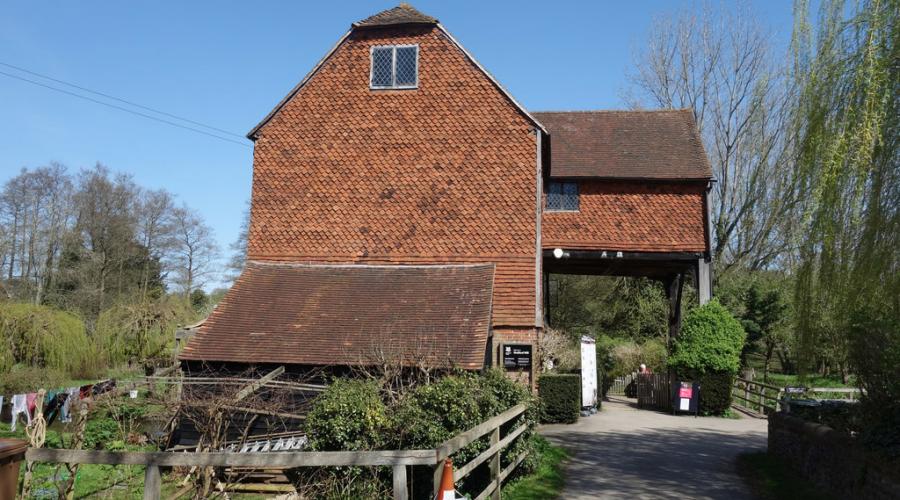 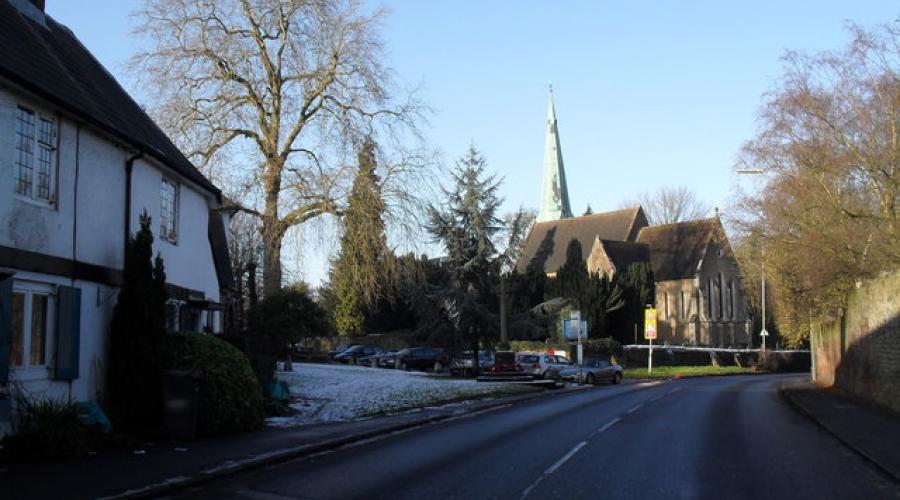 Walking boots with thick socks will be essential to cope with the climbing. Wear clothing appropriate to the weather including warm kit in case of cold weather and waterproof kit in case of rain. Gaiters might be an option too in the event of very muddy conditions. Much of the walk will be on tarmac lanes, but some tracks will inevitably be muddy.

We'll have a pub lunch at The Percy Arms in Chilworth. I will take your order two weeks before the walk, so please tell me what you'd like (you don't have to commit to coming on the walk). If you'd prefer, please bring a packed lunch. There is an M&S at Guildford Railway Station.