Rewilding the West Sussex Weald - My One Hundredth Lead

Please forgive the self-publicity; it just means that I'll bring extra cake along on this milestone meander. The route will proceed along trackways (or, if very muddy, quiet tarmac lanes) through immaculate and inviting countryside to Shipley, home to the 'Jonathan Creek' windmill, and Knepp Park, home to Tamworth pigs, longhorn cattle and Exmoor ponies, which roam free to restore the farmed landscape to a pre-industrial, more biodiverse state. The countryside here looks like a tidy, landscaped park, but the park itself looks increasingly unkempt as nature takes hold. Urbanity in the smart houses and tarmacked lanes, rusticity in the remote farms and resurgent wildness.

Christ's Hospital: An independent school founded for poor boys by Edward VI in 1553, but moved from the City of London to Sussex in the 19th Century. Around 900 girls and boys (whose education is still paid for by bursaries) who wear Tudor-style uniforms of dark blue serge with yellow stockings. Main buildings are huge and in a simplified Gothic-Elizabethan style by Aston Webb, begun 1893, finished 1902.

Dragon's Green: A hamlet of weatherboarded cottages but also some 1950s houses which give a suburban feel. We'll have a drink in The George and Dragon, a lovely old pub.

Shipley: 'More open than the landscape further north and west, with continuous views of the Downs. No village centre; scattered cottages near the church, which is on a cul-de-sac beside the tiny River Adur' (Ian Nairn). St Mary's Church: imposing Norman building of 1125, built by the Knights Templar; good Norman zigzag details on capitals. King's Mill: a smock mill of 1879, weatherboarded and octagonal in plan. Weatherboarded and timbered farms all round such as Church Farm South, still seeming quite remote. The composer John Ireland (1879-1962) is buried in the churchyard.

Old Knepp Castle: A fragment of a 11th century Norman keep, 10m tall, with a mound and a small motte. The castle is visible from the adjacent A24.

'New' Knepp Castle: Built by John Nash in 1809. Stucco, not stone, and in a flamboyant and irregular design. Burnt in 1904 and rebuilt exactly. Park by Humphrey Repton.

Knepp Estate: '3,500 acres in the heart of the Sussex Weald. Knepp Estate, just south of Horsham, has been owned by the Burrells for over 220 years.  At its core, overlooking Knepp Lake, is a castle built by the architect John Nash, which remains the family home. Until recently most of the land was devoted to traditional arable and dairy farming but in 2001 we shifted our focus entirely and embarked on a series of regeneration and restoration projects aimed at nature conservation - or 'rewilding', as it has come to be known. We are still farming, just in a less intensive way - producing organic, pasture-fed meat from free-roaming herds of animals within the Wildland project.' (Website)

I love having dogs on my walks and this walk is fairly suitable for them. It is of moderate length, but there will be fields with livestock and a number of stiles and roads to negotiate. Your dog must be obedient if it is off the lead.

Lanes and the Downs Link Cycle Path will take us south, veering southeast, past Christ's Hospital school. At College Farm we will leave the cycle path and head south using bridleways going past The Chase, Birchwood Farm and through Middle Farm past Goffsland Farm. Crossing the A272, we'll continue south towards Greenstreet Farm.  short walk along Cocks Lane will take us to Knepp Castle, where a large loop past Kneppmill Pond, Knepp Castles old and new via footpaths official and permissive will take us westwards to Swallows Farm and Newbarn Farm, then, turning north, to Hammer Farm then to Shipley. A bridleway will take us north to Dragon's Green for a drink at the pub. A route west than northwest, then north along a lane will head back past Netherwood and Lawson's Farm to the cycle path which will return us, via the outward-bound route, back to the station. 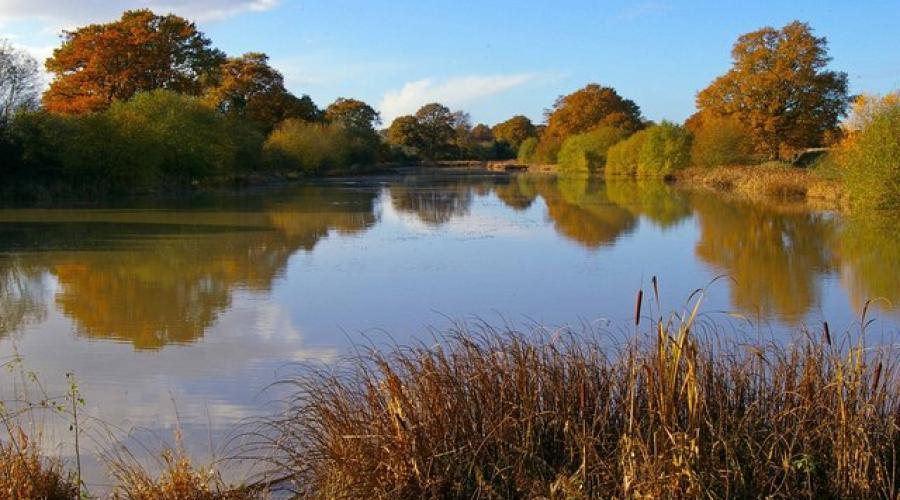 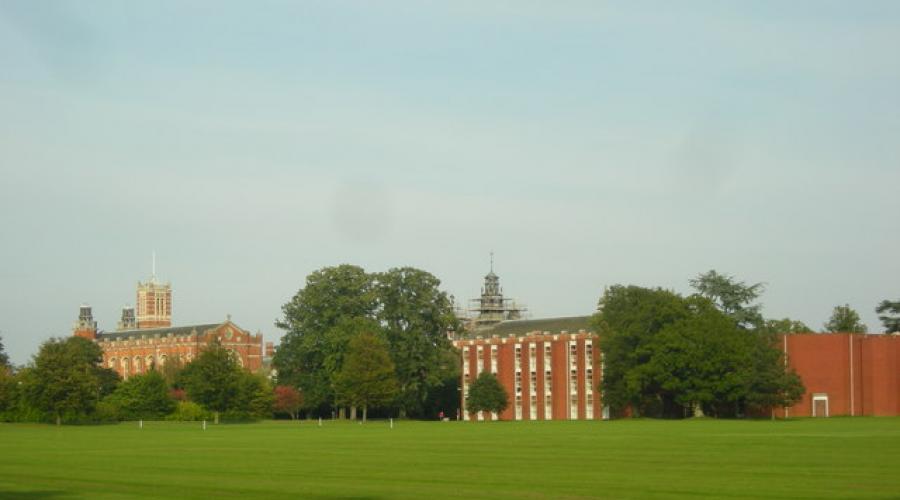 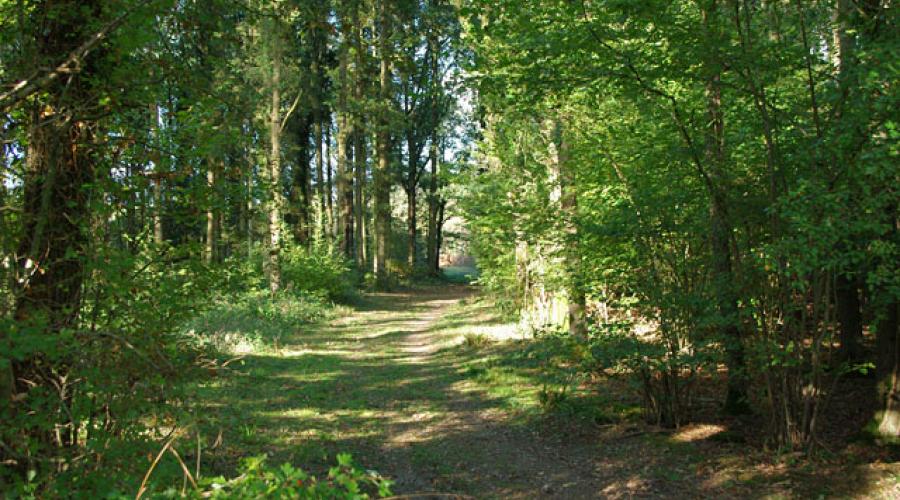 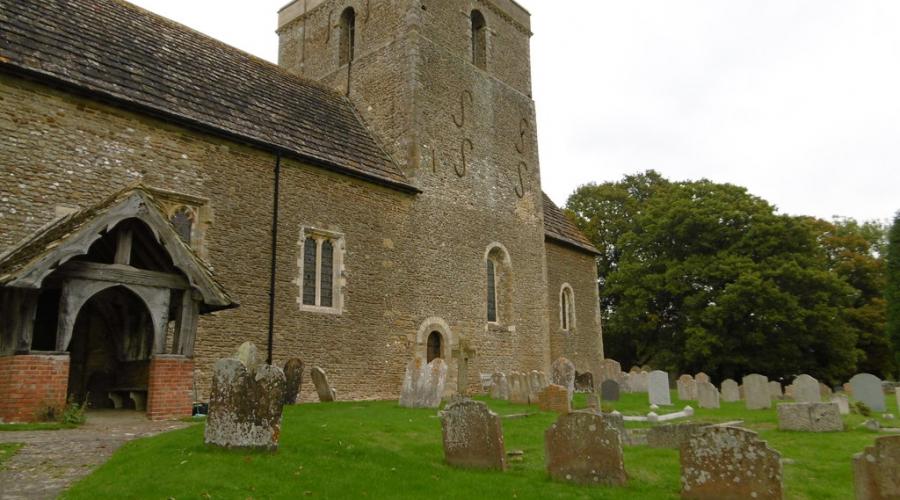 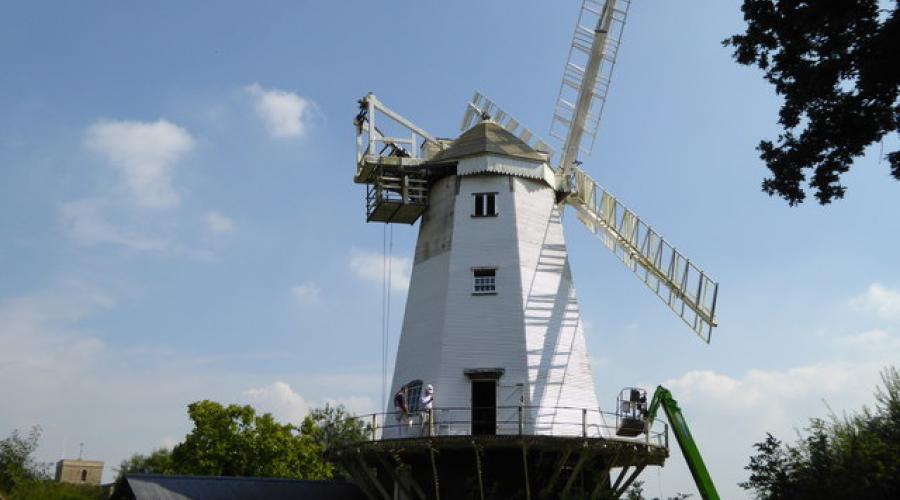 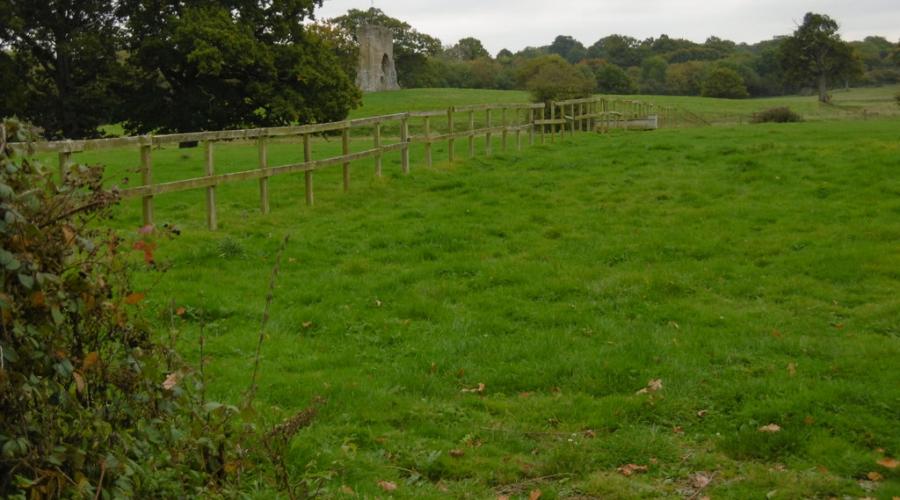 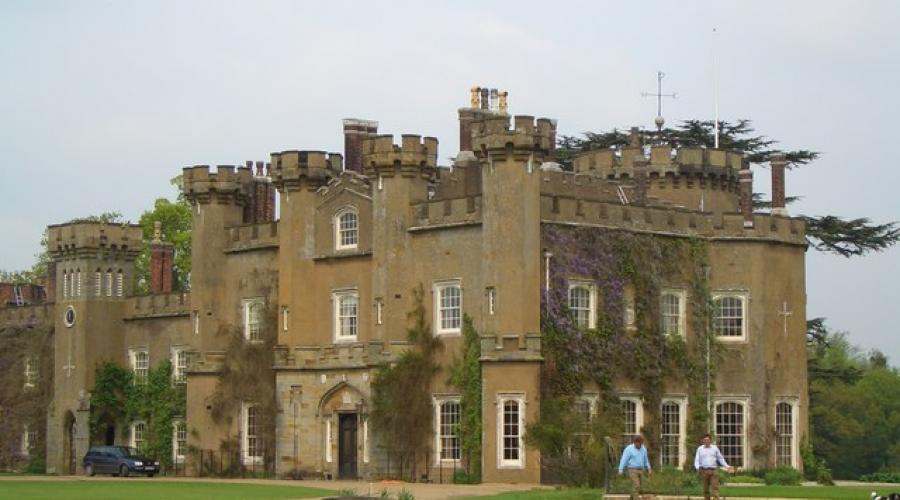 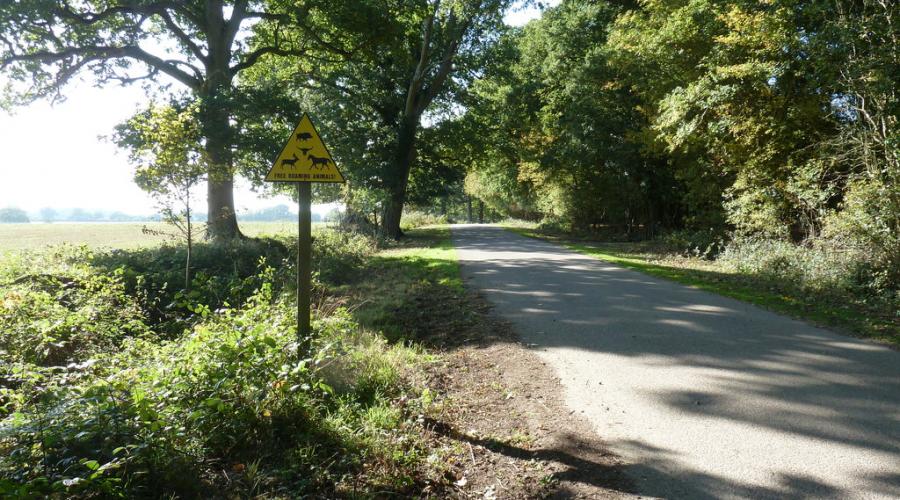 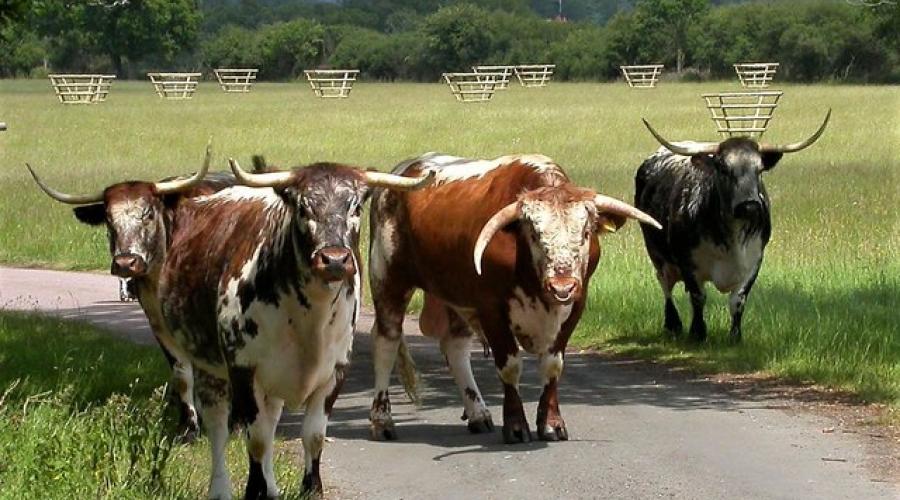 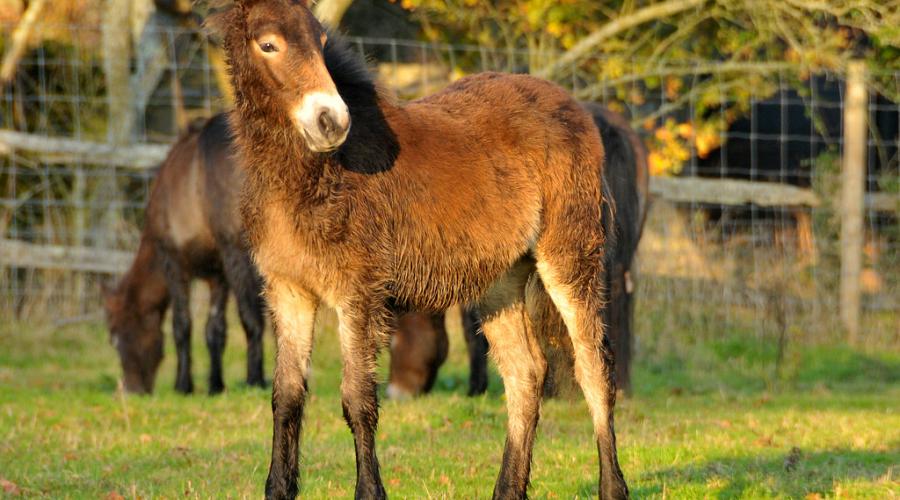 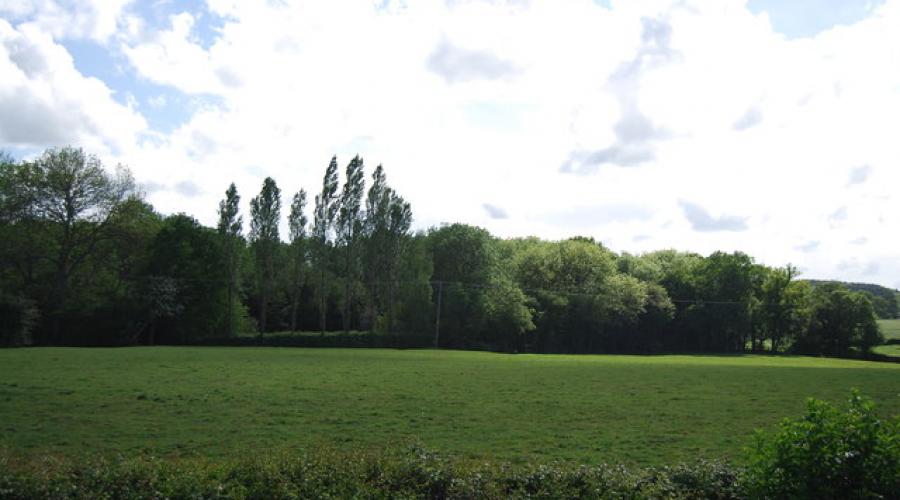 Please wear walking boots and thick socks to prevent blisters. Otherwise bring and wear clothing appropriate to the weather forecast. A jacket or coat and walking trousers and gaiters if you have them if wet weather has meant that mud is likely. Avoid wearing jeans as their heaviness when wet causes chafing.

Please bring a packed lunch and drink with you as there is nowhere to get this before the walk starts or while on the walk itself. We'll have a drink in The George and Dragon pub at Dragon's Green.