ODL at the Movies - God's Own Country Camping Weekend

Saturday - Options for Saturday day time are walking and cycling in the Haworth area:

14km Walk (led by Jon) directly from the campsite and up into the Haworth Moors, we'll do 10km (with 250m height gain) which will take us across the moors (made famous by the Bronte sisters of course) and then we'll drop down to The Kings Arms in Haworth (featured in the film). From there the lady 4km of the total is the walk back to the campsite (or a taxi if you want more time in the pub!)

Whichever you pick, in the evening we will watch the film on the big screen, armed with bottles of red wine and a Fat Rascal or Yorkshire Curd Tart (local speciality - and included in the price!).

Sunday - A short mystery tour of the farm featured in the film.  We are only the second group to express an interest in visiting the location, the first group wore Gheorghe jumpers which will make sense to those that have already seen the film.  If you so desire a Gheorghe jumper, google "Mens Jumper Fashion Chunky Fisherman Fleck Knit Long Sleeve by Xact".  (Unfortunately they have sold out of large and above sizes. But try anyway!)

Activities: There will be the option to either go for a walk or road cycle on the Saturday.  The walk is likely to be fairly easy, strolling around the Yorkshire hills surrounding Keighley.  The cycle will be hard as we will be going up and down several hills (it being Yorkshire), only suitable for road bikes and those used to cycling them.  Here is the probable road route: https://ridewithgps.com/routes/29683298

Included: This event includes camping (we have exclusive hire of the campsite), a showing of the film on Saturday evening, a Yorkshire Curd tart or Fat Rascal to enjoy, and a tour of the farm featured in the film. Everything you need to full immerse yourself in the God's own Country experience!

The Film Synopsis
Spring. Yorkshire, England. Johnny Saxby, a 25-year-old sheep farmer, has sacrificed going away to college or getting a job in town to run the family farm for his ailing father, Martin (Ian Hart), and stoic grandmother Deirdre (Gemma Jones), numbing the daily frustration of his desolate life with binge drinking and casual sex. As lambing season approaches, Martin hires a Romanian migrant worker, Gheorghe, to assist the already exhausted Johnny.

Johnny bitterly resents Gheorghe, stubbornly insisting he can cope on his own, but Gheorghe proves he not only understands this farming life, but more importantly, he understands Johnny.

Dogs: As we will be visiting a working farm, dogs are not allowed.

Caravans, Motohomes, Campervans: Are allowed, we have six hard-standing areas with electric hook-up available. There is an additional cost and places can be booked on this event page here. Do not book on the page you are currently on, which for tents only. Contact the office on support@outdoorlads.com or 0161 420 0001 in the event of any queries.

One Shower: Yep, apologies, I'm sure we will cope... 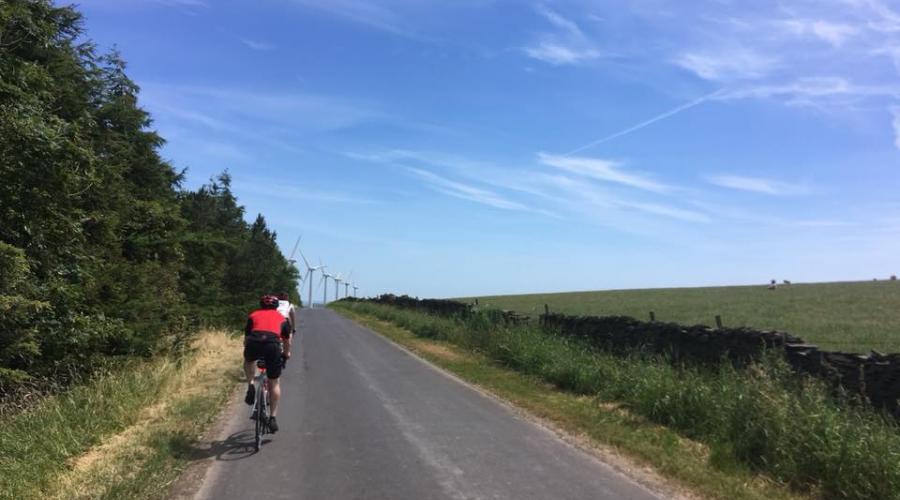 Bring your walking gear and if you are cycling on the Saturday bring your biking gear!

I'm not your mother, but here are some reminders of what other gear you may need;

There is a cafe on site which is open 11-6pm which is not ideal.  There is a pub 1/2 mile away and a Haworth town centre 2 miles away that you may choose to eat at. Otherwise man-up and get the camping stove out.  There is a Spar in Haworth and larger supermarkets in Keighley.