A Little Far Afield in the High Weald

Your price
£10.00
Easy Moderate Very Hard
Distance is 17 km (11 miles); total climb is 480 m; terrain is quite hilly with a number of ascents and descents; surfaces are dirt, grass and tarmac.

The well-known yet well-regarded landscape around Ardingly might still be fresh to a few folk or have fresh finds to unfurl. Even if you have been here many times before, the wood-fringed waters of the reservoir, the empurpled expanses of cyclamen at Wakehurst, the bizarre balancing boulders in the woods nearby, the seasoned sandstone cottages of the villages and the ripened russet and burnished bronze of the foliage at Kew Gardens' rural outpost will make up a perfect autumnal experience. With all this being so close to London and the south coast there is every reason to revisit this area, and you don't even need to bring lunch as we're booked in at The Gardeners Arms at Ardingly.

Ardingly Reservoir: A 198-acre (0.80 sq km) reservoir, formed in 1978 and that tops up the River Ouse. A local nature reserve with two bird hides and a recreation site for windsurfing, canoeing and fishing.

Wakehurst: The mansion was originally Elizabethan, 1590, built by Edward Culpeper and now Grade I listed. It will be seen at a distance. The formal gardens and arboretum of fine specimen trees adjacent to a public footpath are owned by the National Trust but used and managed by the Royal Botanic Gardens, Kew. The Millennium Seed Bank, the largest wild seed conservation project in the world, is housed in a modern building which we'll see at close quarters on the public footpath that goes through the site.

Big-upon-Little rock formation: Just off a footpath in Chiddiglye Wood, a locally-famous rock formation of a big boulder perched on a narrow base. The neck of the formation in the hard Ardingly sandstone has been eroded over thousands of years by running water. There are a number of crags near it, set in a woodland glade of larch and birch trees near ponds and waterfalls. (On the recce I found this but it was largely inaccessible.)

Ardingly: An attractive village of mellow stone and tile-hanging. We'll really just see the church of St Peter, outside of the village, 13th and 14th centuries. Effigy of a priest of 1330. High-quality floor brasses to the Wakehurst-Culpeper family from the early 16th century who lived at Wakehurst Place. Ardingly College is mostly 1864-1870 built in brick to a late-13th century design.

Before lunch: Leaving Balcombe we'll use footpaths heading east then northeast past Balcombe Lake, Woodward's Farm and Forest Farm. We'll then go past The Oaks and through Horsebridge Wood having crossed Ardingly Brook. This footpath will take us right through Wakehurst. After a little way heading north up the Ardingly Road we'll turn off to the east along a footpath and the High Weald Landscape Trail bridleway to see the rocks and waterfalls. We'll then turn around and follow the High Weald Landscape Trail south to Fulling Mill Farm, Hoathly Shaw and Ludwell Farm. We'll then turn southwest and walk along Cob Lane to Long Shaw. We'll then be at the B2028 along which we'll walk a little way, using the pavement and wide verge, to The Gardeners Arms for lunch. This point will be just over halfway round and all the climbing will be done.

After lunch: We'll head west then south to the edge of Ardingly village, see the church and then head further south along footpaths to meet the southern end of Ardingly Reservoir. The route will then wind around the northern edge of the lake almost as far as Balcombe. We'll head into the village centre by walking a little way along Stonehall Lane. Here we can go to the pub before walking a further half-kilometre to the station.

(All images are from Google Image Search and are labelled 'Free to share and use'.) 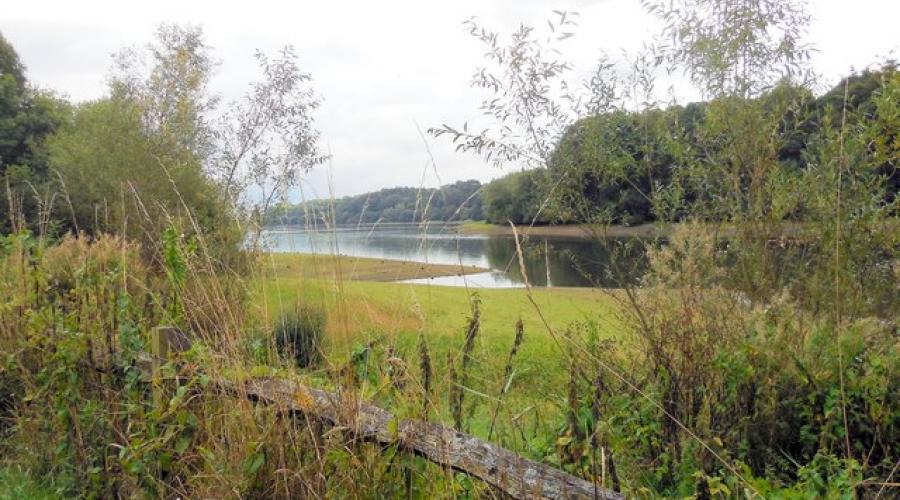 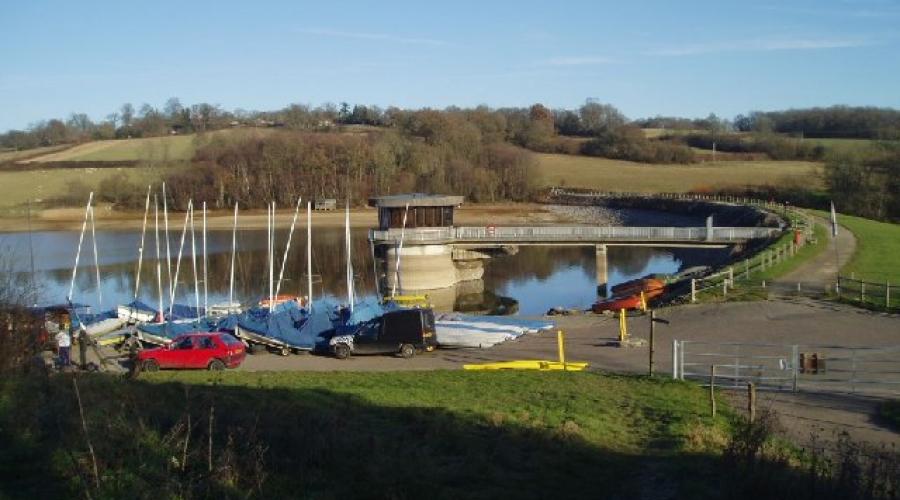 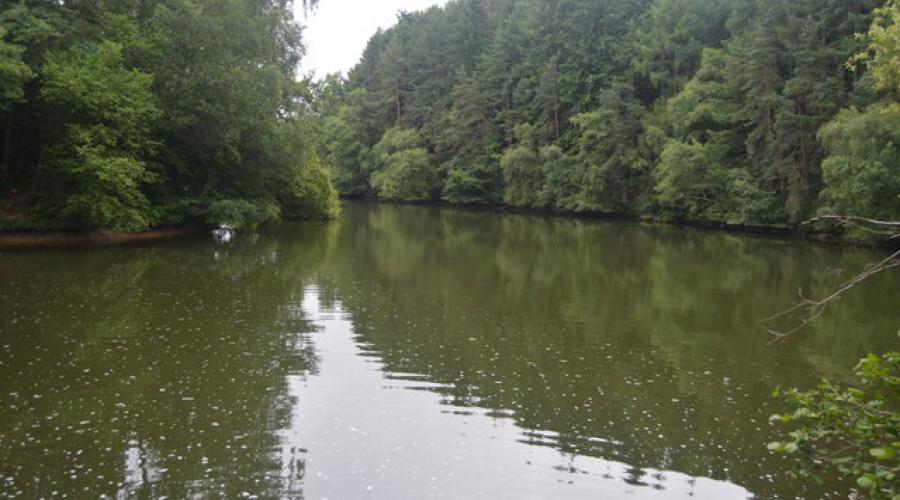 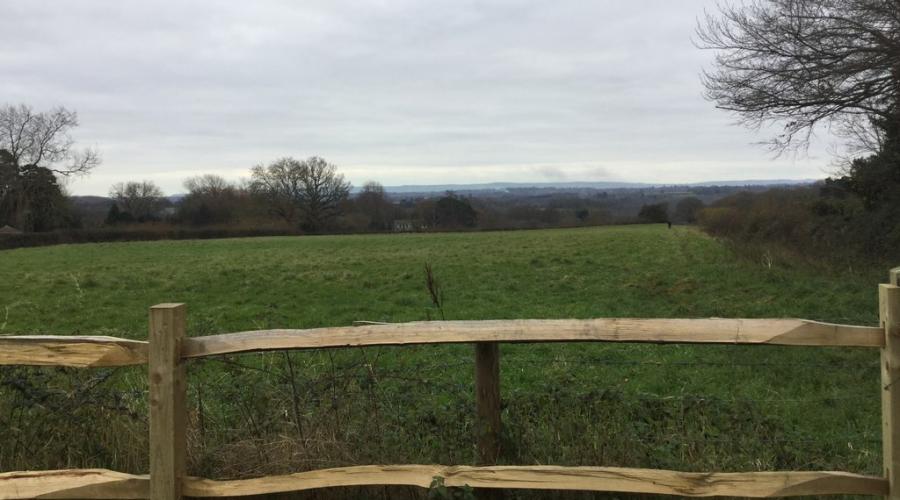 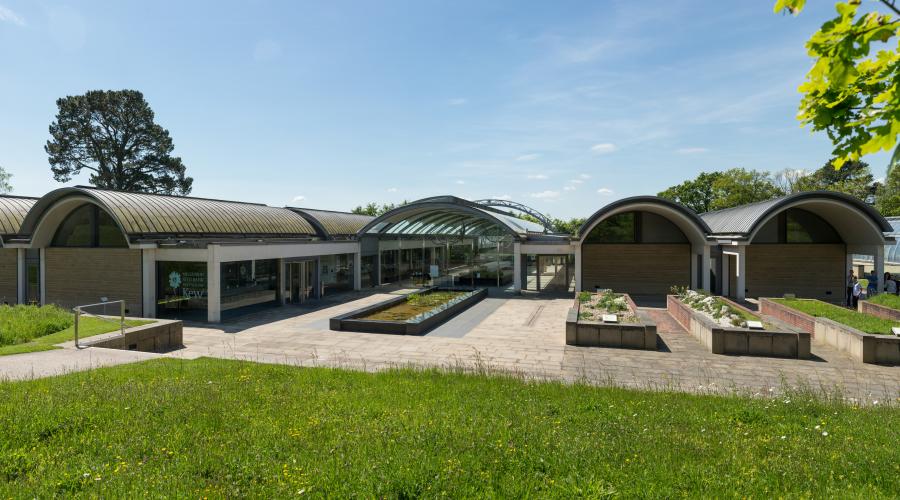 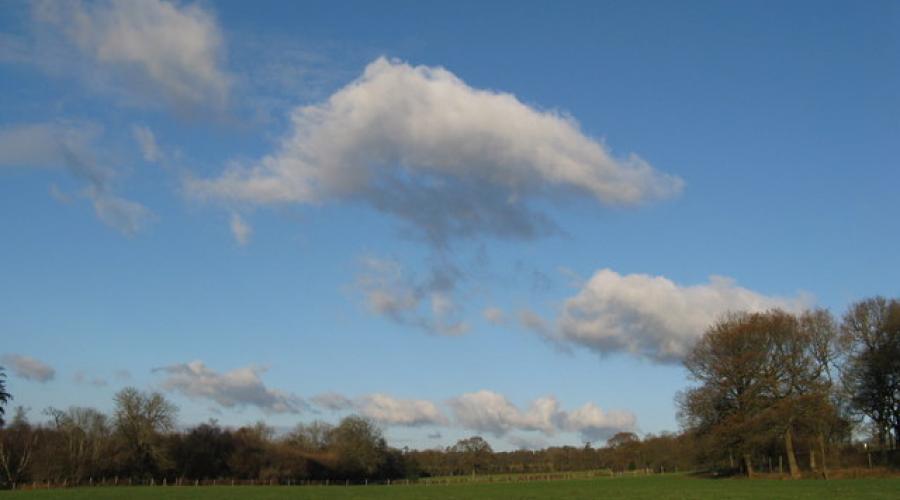 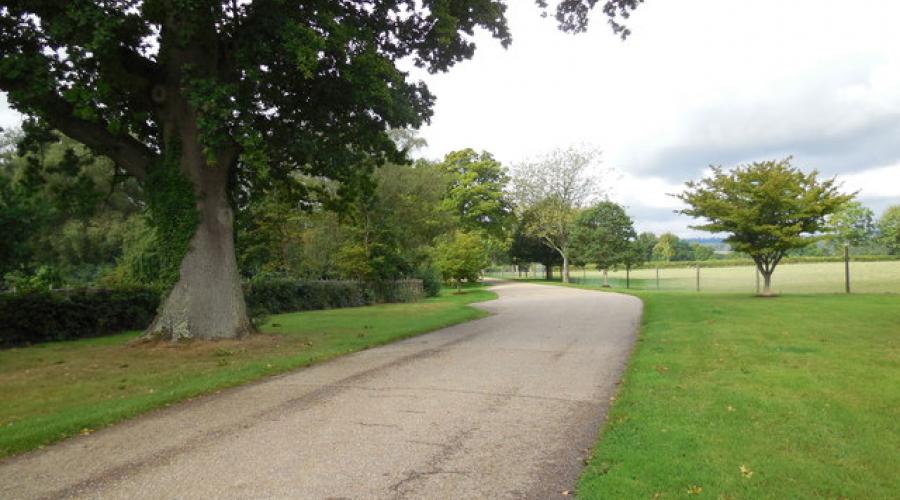 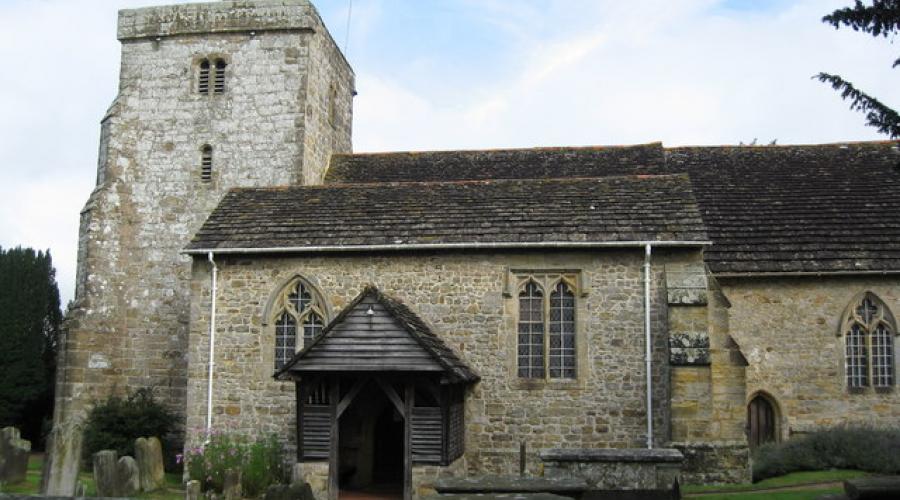 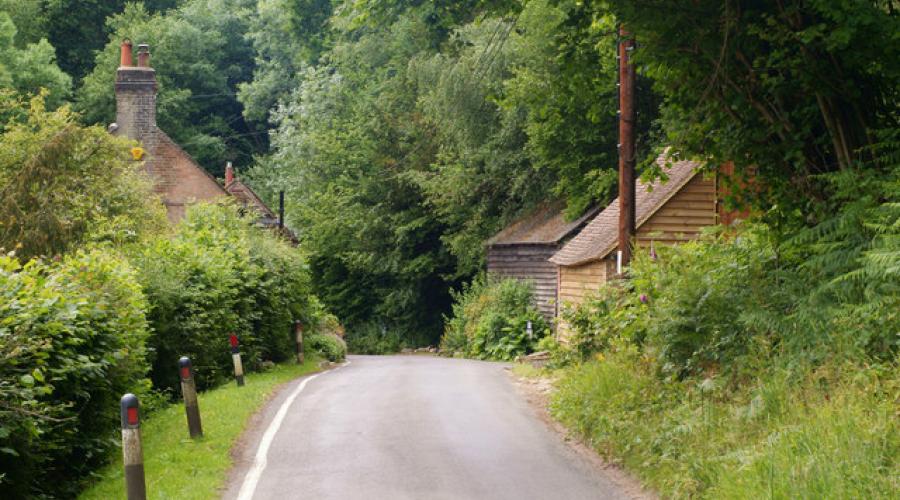 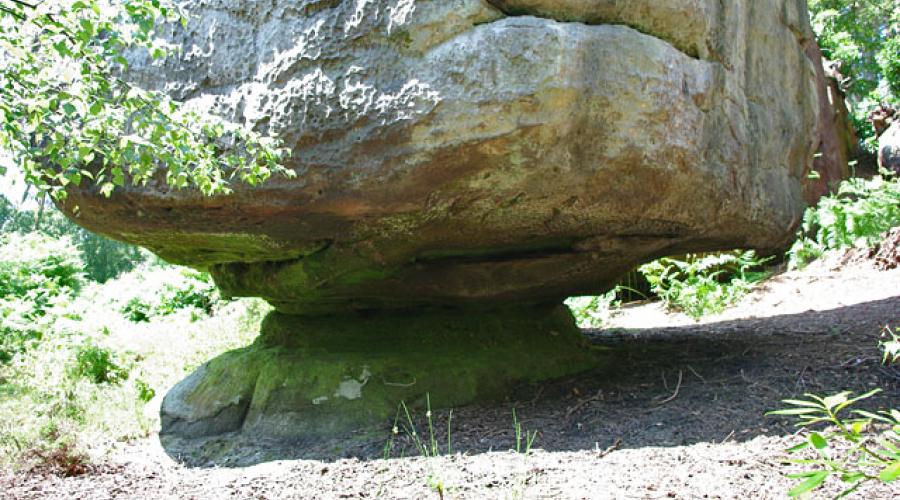 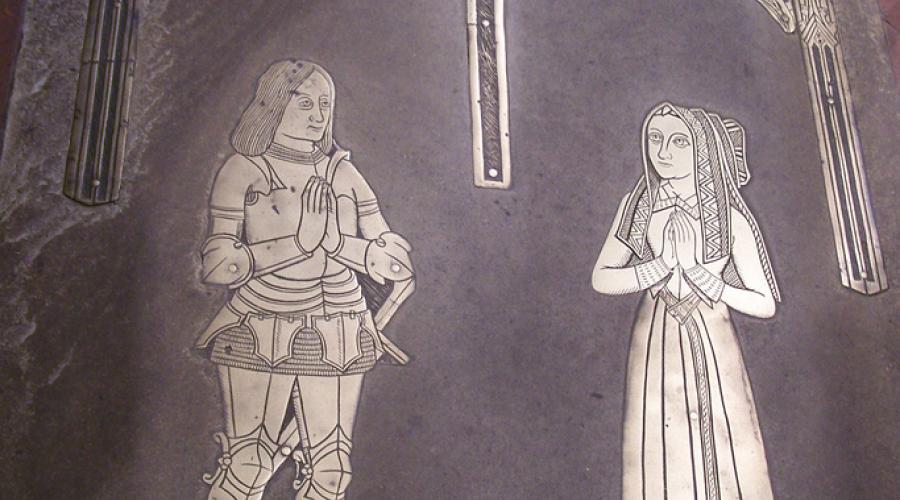 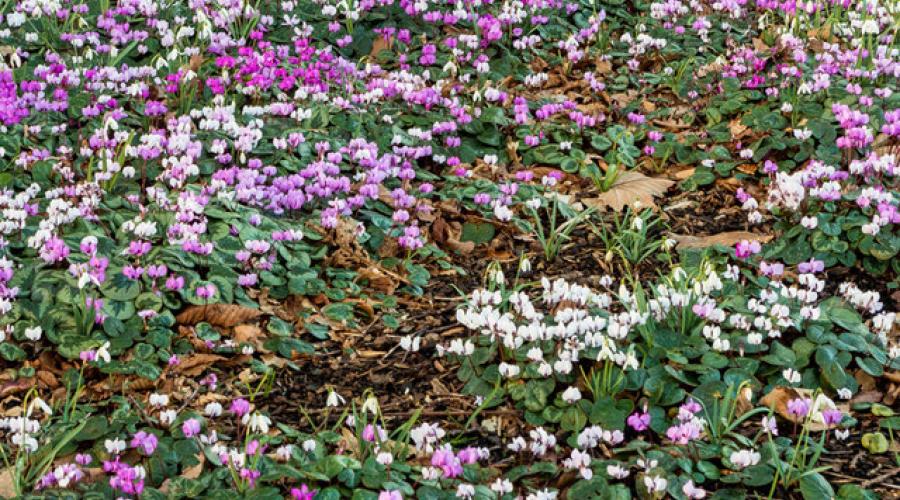 Wear walking boots (not trainers or shoes) with thick socks to prevent blisters on the hilly paths. Bring wet-weather gear if rain is forecast. Although much of the walk will be on tarmac and gravel, much of it will also be on dirt tracks which could be muddy near streams and after any prolonged rain, so wear walking boots rather than shoes.

Please bring drinks and snacks. We're booked in to have lunch at The Gardeners Arms outside Ardingly at about 13:30. There is no need to pre-order meals; we can just order our food and pay at the bar.

You're welcome to bring a packed lunch instead if you'd prefer. Please inform me of this so that I can notify the pub.

There is also The Half Moon Inn at the end of the walk and a tea shop opposite it at Balcombe at the end.