Up Highdown before Lie Down - An Evening around Ferring

We'll reach the beach near the end of the walk and have time to drink and eat and perhaps have a little paddle and a little party as the sun sets. The first part of the walk involves a quick ascent of Highdown Hill, which although not tall at 81m is prominent topographically (the Seven Sisters can be seen to the east and the Isle of Wight to the west) and mythically (it is said to be the resting place of Saxon kings of Sussex). A walk down off the hill to the sea will bring us to flint barns and farms and the exclusive Kingston Gorse estate where Sea Lane House, designed by Marcel Breuer in 1936, brings a dash of the Bauhaus to all the mock-Tudor mansions nearby and the flint cottages of Ferring.

Highdown Hill: A small but isolated promontory off the main South Downs belt, just 81m high but giving great views. In the property of the National Trust and the traditional burial-place of the Saxon kings of Sussex. Late Bronze Age (around 1000 BC) enclosure and early Iron Age (around 600 BC) hill fort. An Anglo-Saxon cemetery with around 90 graves excavated. In the C18, local miller John Olliver had his tomb built on the hill 27 years before his death in 1793. It is said that he was the leader of local smugglers and used the tomb to store contraband. He would set the sails of his windmill at different angles to indicate the absence of customs men to his followers out at sea. A runaway millstone from Ecclesden Mill is said to have given its name to a local farm and now garden centre. Highdown Gardens contain a collection of rare plants and trees, collectively a national collection amassed by botanist Sir Frederick Stern (1884–1967).

Kingston Gorse: In Angmering parish, a private estate of 'individually designed houses built after 1930 but mostly 1960s or later larger replacements offering a good chance to see many cliches of domestic design' (The Buildings of England: Sussex: West). Of the three best houses of the Modern Movement, only one is visible: Sea Lane House, 1936-7 by Marcel Breuer with FRS Yorke. Marcel Breuer worked at the Bauhaus where he was mentored by Walter Gropius before working in Britain between 1933 and 1938. His most famous work is the Wassily Chair.

Ferring: An old flint cobble village swallowed up by seaside bungalows, typical of the Sussex coast from the Witterings to Lancing. The core, by the C13 roughcast church of St Andrew, along Church Lane is quite pretty.

A footpath leading across the fields from the station will bring us to a crossing with the A259 and an ascent north up Highdown Hill. A walk west along Highdown Hill will lead to a descent off the hill near the windmill. A re-crossing of the A259 at Roundstone will take us to a footpath southeast over the railway line, then over Ferring Rife, then southwest to Kingston. At Sea Lane we'll reach the sea, walk east along it, stop, then turn north at the mouth of Ferring Rife from which we'll eventually turn east to centre the heart of the village. Footpaths east and suburban streets north will take us back to the station.

I love having dogs on my walks and this is a near-perfect summer walk for them: it'll be cooler in the evening, even cooler in the sea, and it's only short. There are some lanes to walk down and busy roads to cross but they can run free on Highdown Hill and Kingston Gorse beach. 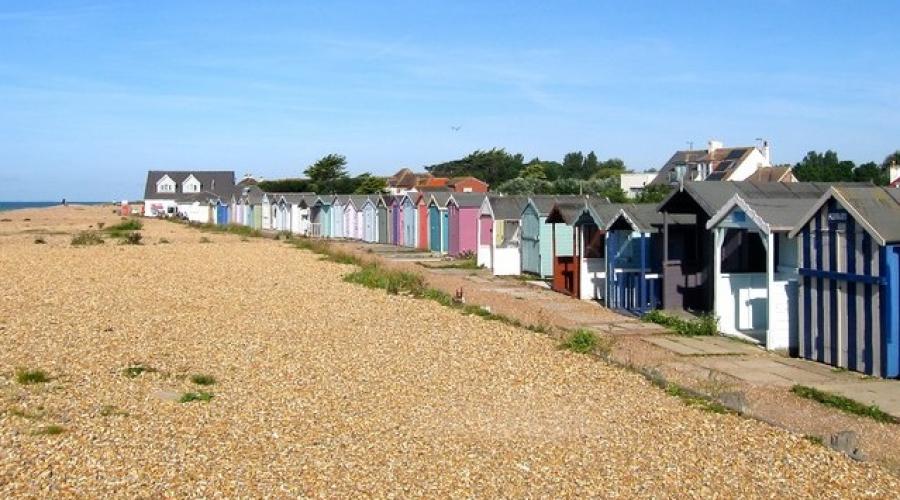 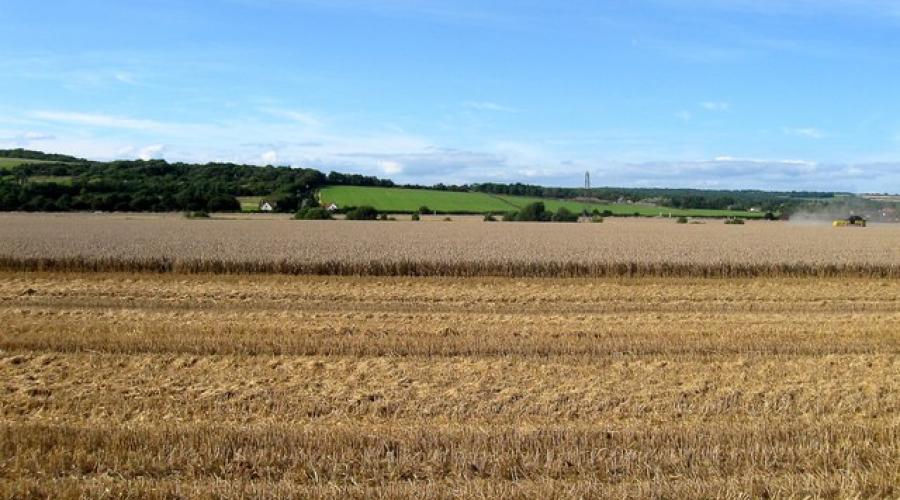 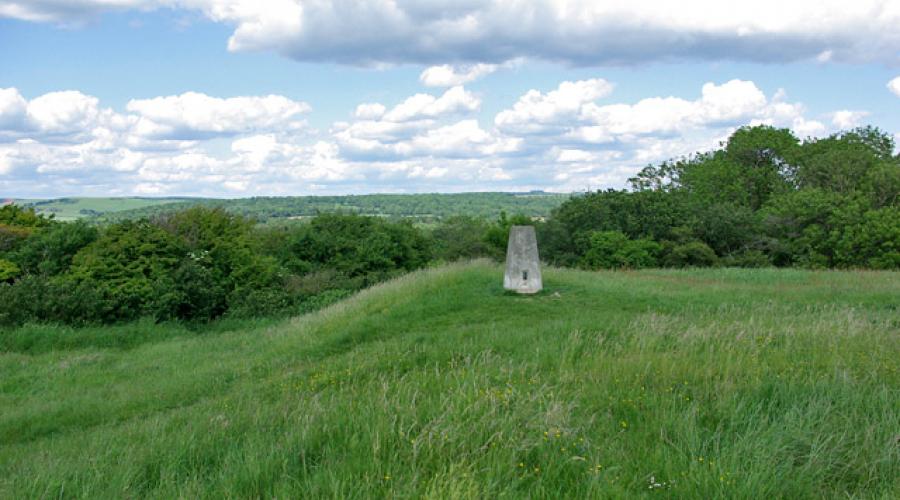 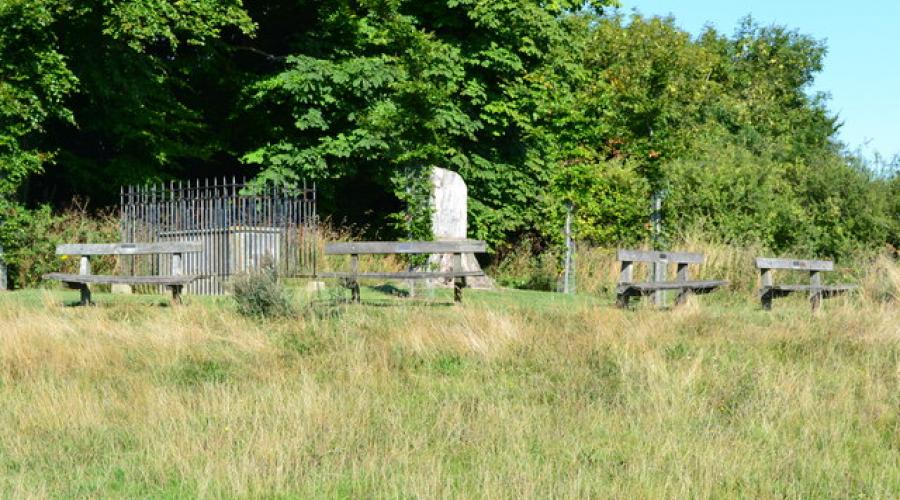 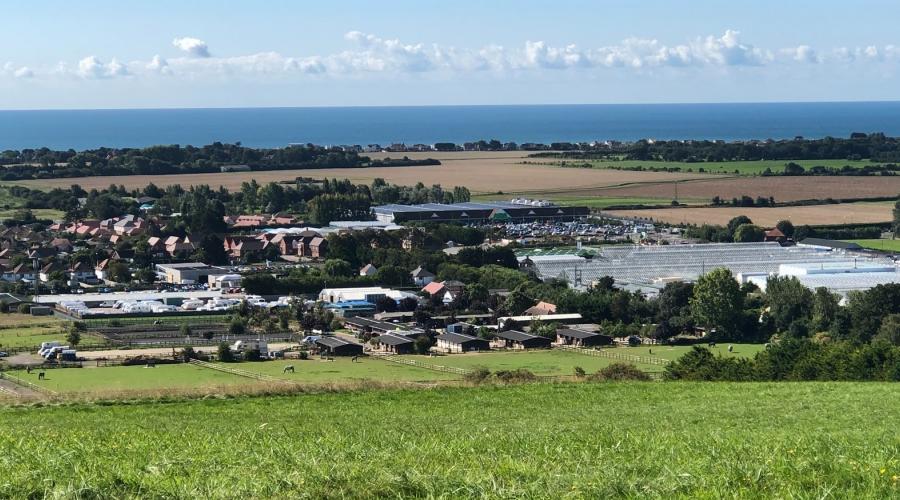 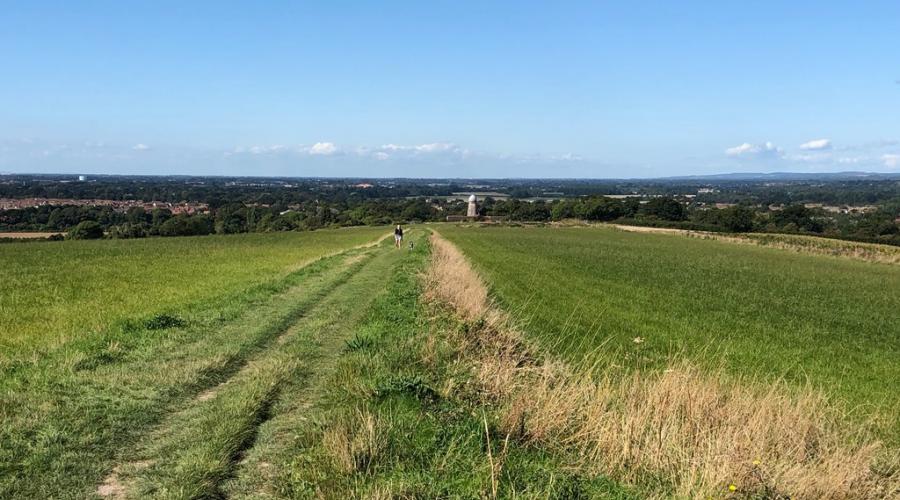 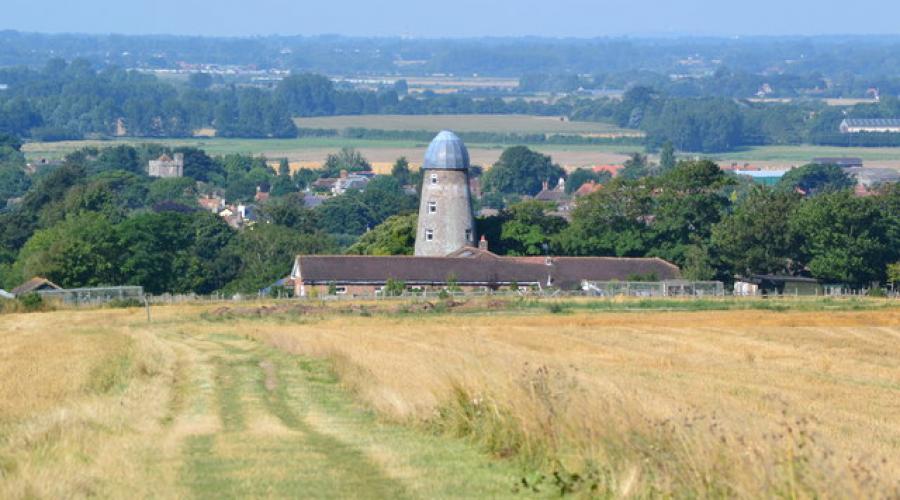 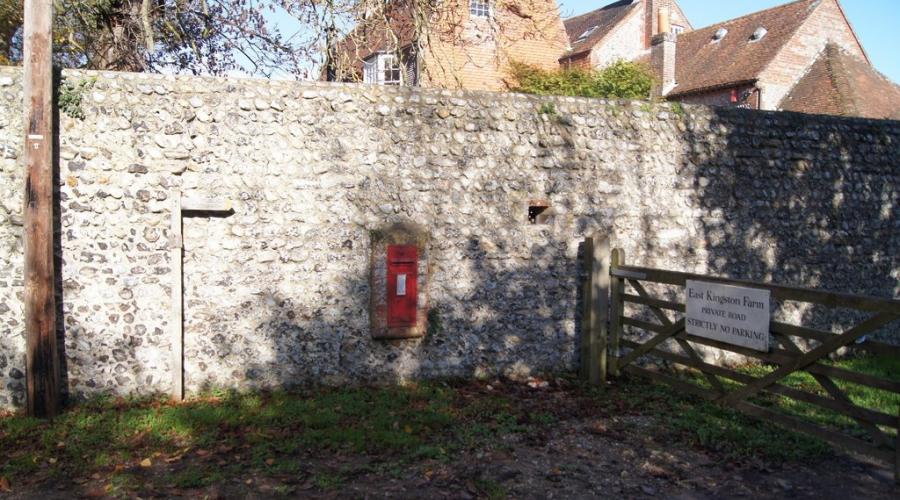 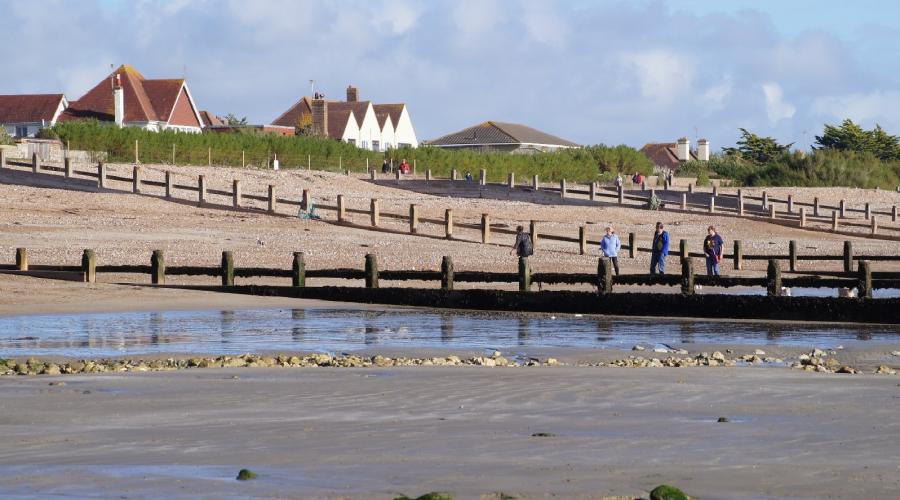 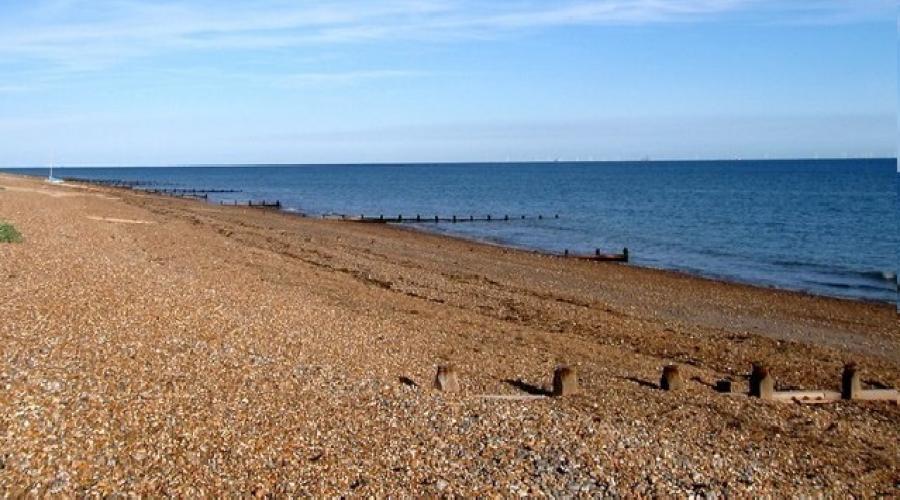 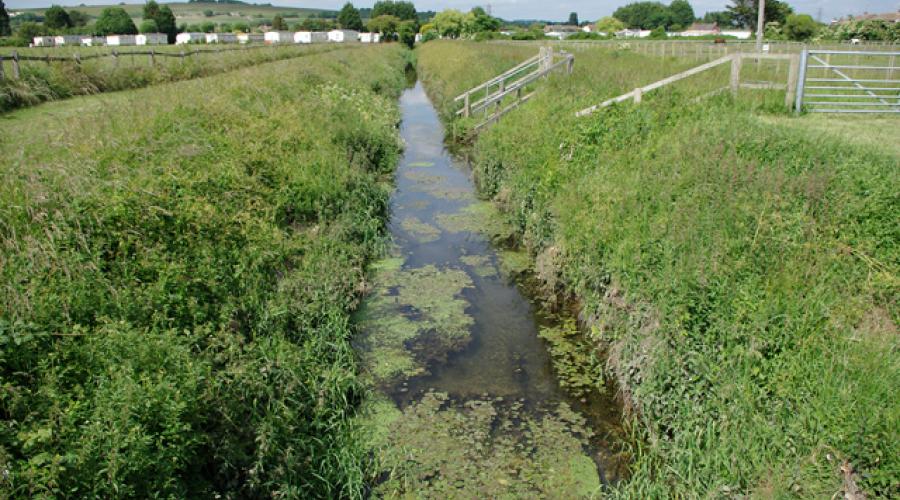 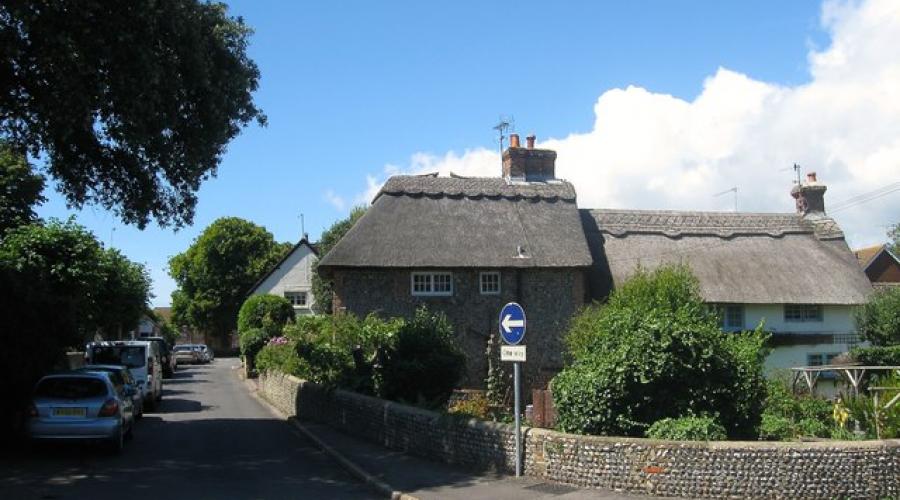 Please wear walking shoes or boots to cope with the hill. Bring warm clothing for sitting on the beach at dusk.

Bring something to drink, but also food if you wish to eat on the beach.