This walk will really be more of a stride than a sashay, but you'll get a long weekend to recover and your efforts will be rewarded as you stand aloft and admiring on some of Surrey's secret summits nibbling hot cross buns. The walk is somewhat long, but the dry, sandy terrain should speed our progress. Outcrops: Three small hills that Old Nick is said to have kicked up, capped with crags of carstone. Outlines: The views with southwest Surrey and East Hampshire delineated in pine-topped ridges. Outposts: Foxholes, dug-outs, pill-boxes and a mock-up of the Atlantic Wall dot a landscape formerly dedicated to defending London and training troops but now dedicated to supporting wildlife.

Crooksbury Hill: A nature reserve within Puttenham and Crooksbury Commons managed by the Surrey Wildlife Trust. Soldier's Ring on the north side of the hill is a Scheduled Monument. It is a hillfort dating to the late Bronze Age or early Iron Age. At 163m, the hill gives extensive views over south-west Surrey and east Hampshire.

Tilford: A delightful village situated at the confluence of the north and south branches of the River Wey. It has a triangular plan outlined by tile-roofed cottages and some fine Georgian houses. Edwin Lutyens designed the Institute, and there are an attractive pair of medieval bridges crossing the streams.

Hankley Common: A Site of Special Scientific Interest of birch, bracken, and common and bell heather. Seen on TV and film as: the Scottish Highlands and the setting for James Bond's ancestral home (Skyfall); the edge of the Caspian Sea (The World Is Not Enough); the Korean Demilitarised Zone (Die Another Day); Derbyshire (Doctor Who and the Silurians); and Indonesia (Tenko). In history it was used for training for Operation Overlord, where troops and tanks practised for their assault on the Atlantic Wall using a 100m-long, 3.5m-wide reinforced concrete replica; we'll see the substantial remains of this along with other relics and emplacements.

The Devil's Jumps: Three small hills, more prominent than their heights (around 120m) suggest, topped by crags of hard ironstone (sandstone). Back in the Jurassic Period, when layers of iron-rich greensand were laid down on a river delta, periodic floodwaters disturbed the beds, contorting them. It was said that Mother Ludlam of Farnham (who was a witch) had her cauldron stolen by the Devil, who kicked up the hills as he made off with it.

Frensham Little Pond: Along with the Great Pond, C12 fishponds created for the Bishop of Winchester. In World War II they were drained, but were subsequently restored. Quieter than the Great Pond, the Little Pond is managed by the National Trust who run a small cafe by the water's edge.

Frensham Commons: The heathlands that surround the ponds are important SSSIs, home to Dartford warblers, sand lizards and nightjars, and managed are by the National Trust.

Bourne Wood: Silver birches and pines cloak a knoll next to a clearing affords lovely views over Farnham and surrounding woodland. Here, the Forestry Commission and RSPB have to balance the needs of nature, recreation and, notably, the UK film industry. Click this link for a list of films shot here which include Gladiator (2000) (where it stood in for the forests of Germania), various Harry Potters, War Horse (2011) and Thor: The Dark World (2013).

I love having dogs on my walks and this walk is suitable for them although there may be some stiles and country lanes to walk along and roads to cross. There shouldn't be any fields with livestock. Any dog off its lead must be under control.

The route (click the link in red to see this along with the elevation):

Plush suburban streets will carry us out of Farnham to the River Wey at Compton. We'll then follow an even plusher suburban street through the even plusher Moor Park area to take us to Crooksbury Hill where some walking along windy, enclosed and busy country lanes will make us concentrate. Bridleways and byways will take us to Tilford which we'll head south through befire heading east to Stockbridge Pond and Yagden Hill on Hankley Common. After passing around the edge of Rushmoor will reach the only accessible of the Devil's Jumps for lunch. Then, descending, we'll cross Frensham Common and The Flashes to pass the eastern shore of Frensham Little Pond. Crossing the South Branch of the River Wey we'll use a bridleway to cross Tankersford Common, then Farnham Common, then Bourne Woods. Using alleyways between fine houses we'll get back to Farnham Railway Station. 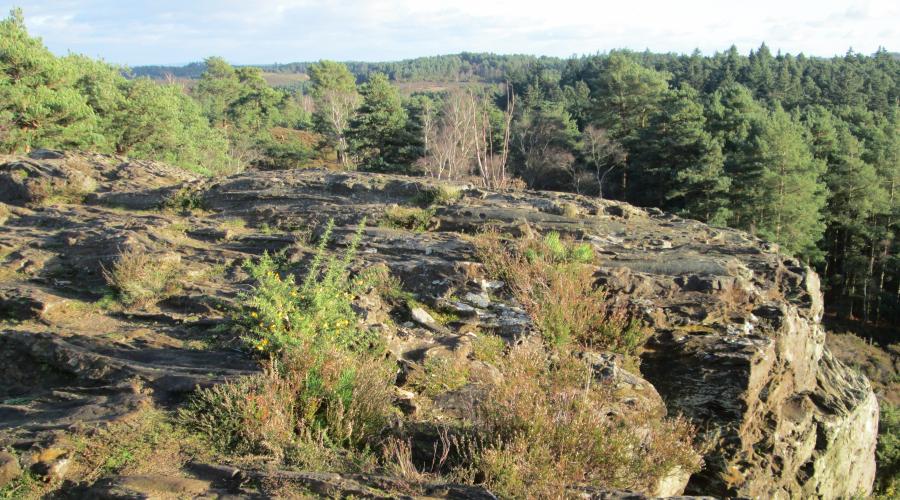 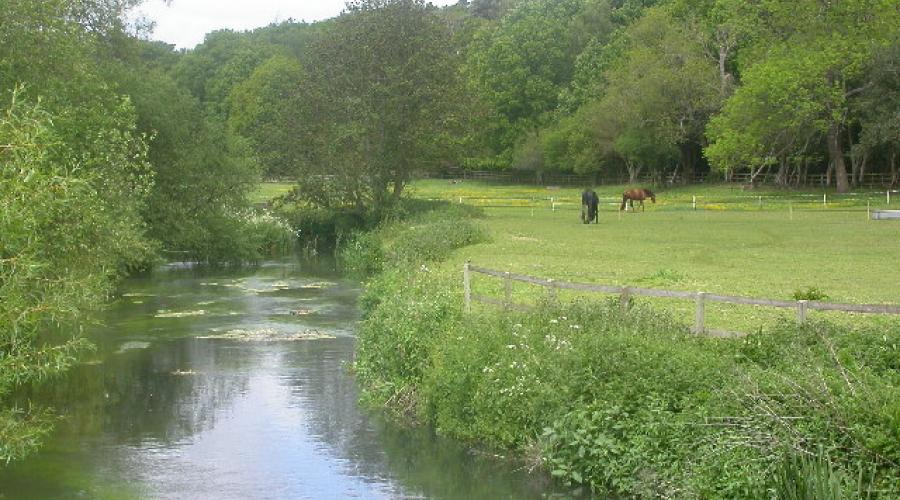 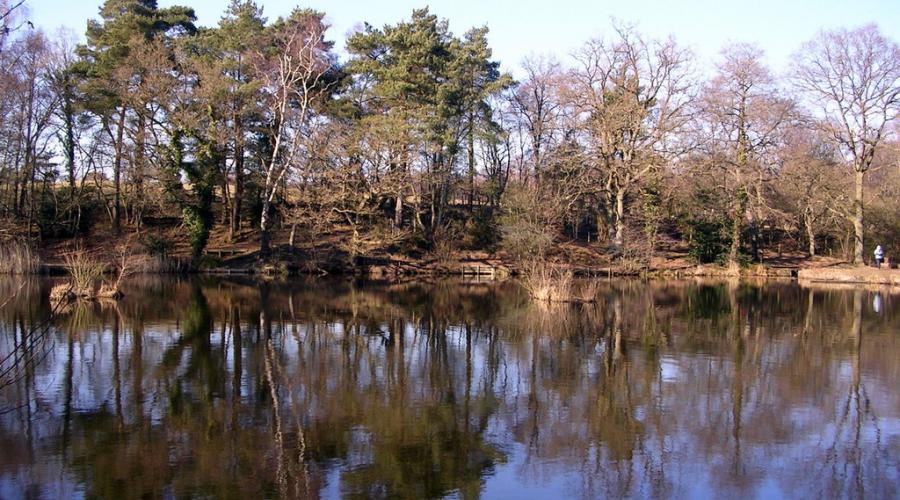 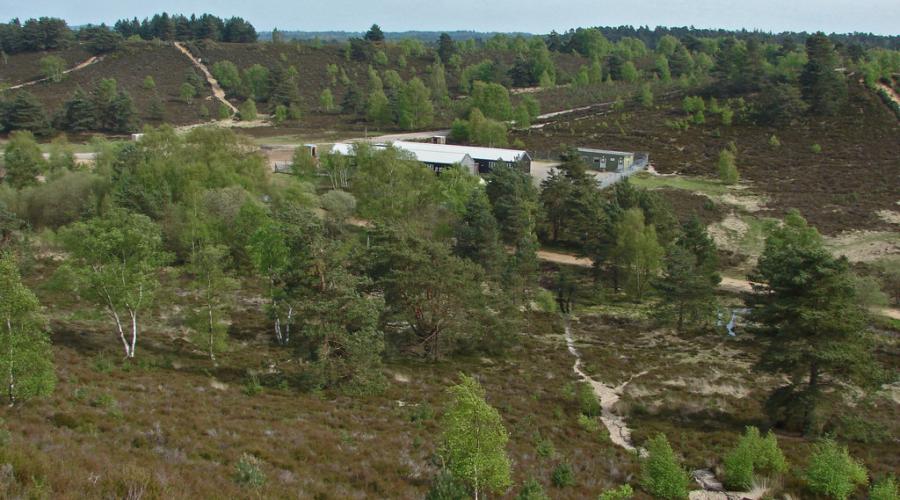 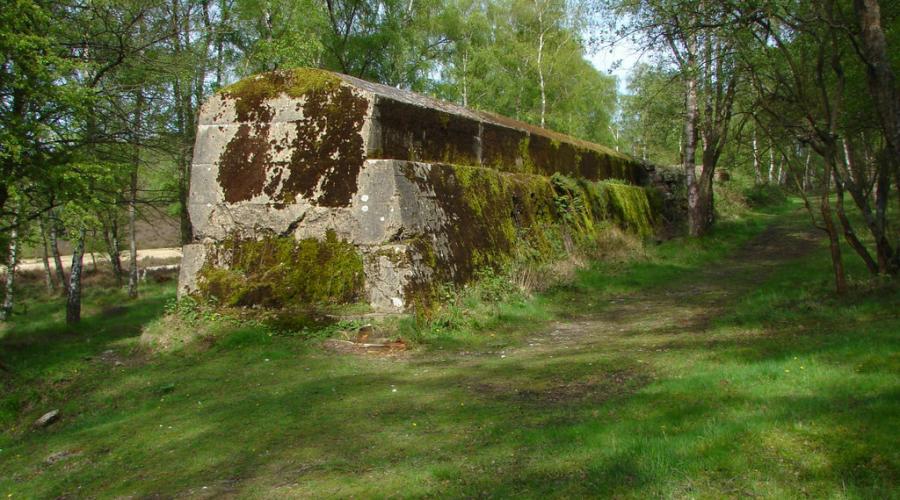 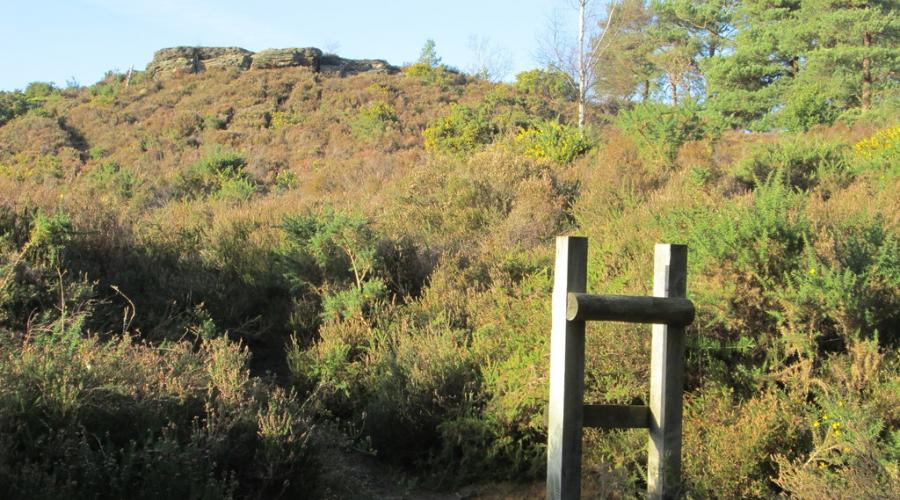 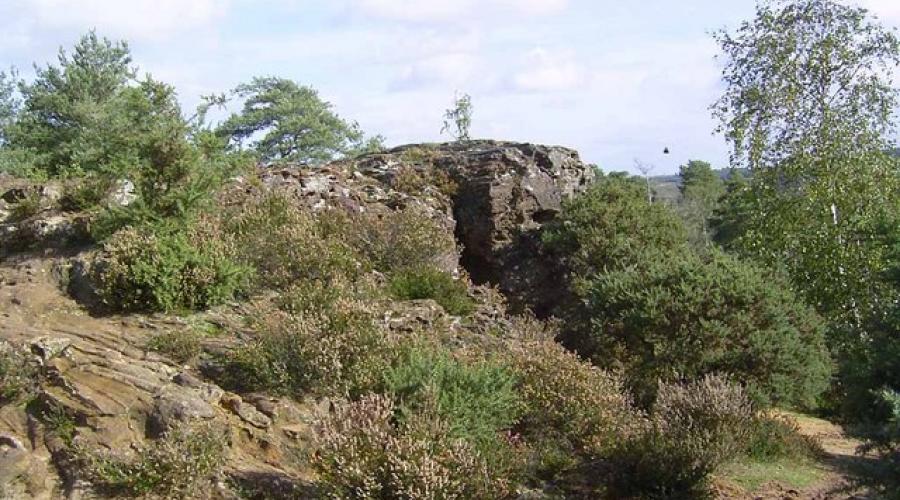 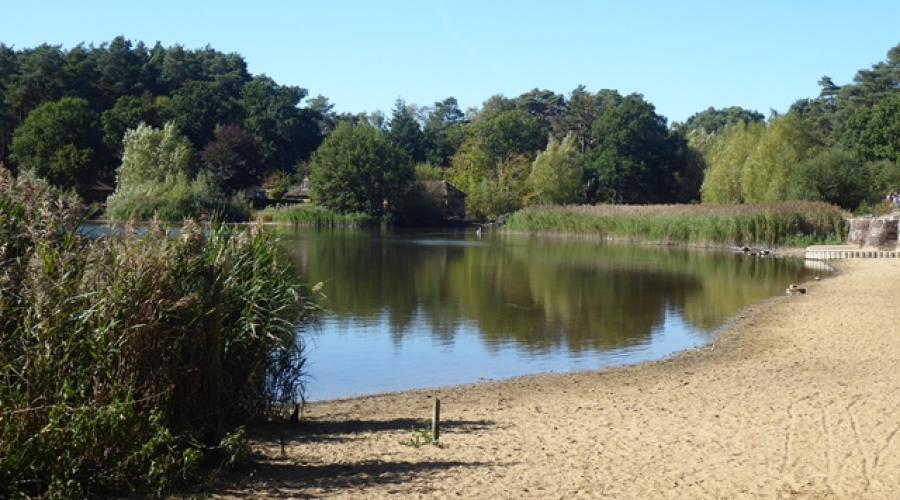 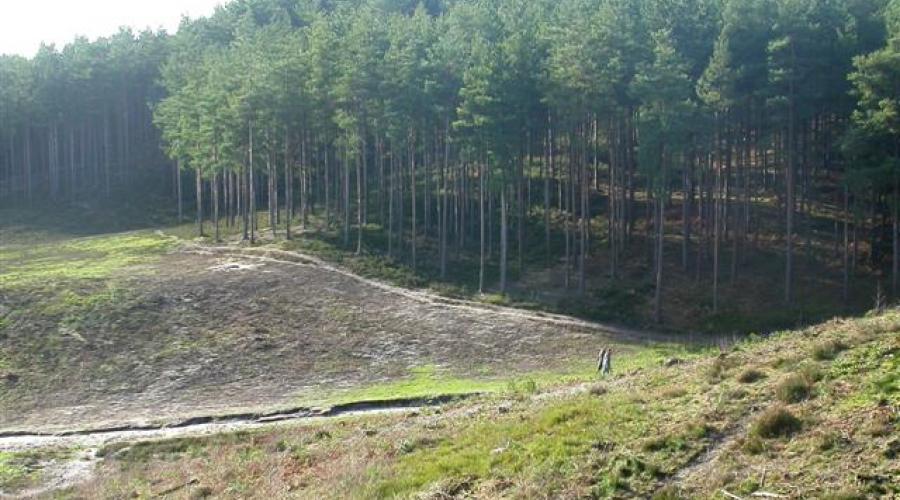 Walking boots which are sturdy and supportive will be essential to cope with the rough terrain. Otherwise please bring and wear clothing appropriate to the season and the prevailing weather conditions.

Please bring a packed lunch and plenty to drink whuch we'll have on the rocky outcrops of The Devil's Jumps. We should get time to stop at the National Trust cafe at Frensham Little Pond after lunch.