The North Wales Pilgrim's Way is a walking route which links sites associated with early and medieval Christianity.  It begins at Basingwerk Abbey near Holywell and ends at Bardsey Island off the Llyn Peninsula, where St Cadfan founded a Christian community 1,500 years ago.  On this walk, we'll be exploring just a small section of the old pilgrim route.  Incidentally, a belief in Christianity is not required!

We'll set off from Basingwerk Abbey, which was founded in the 1130s by the Savigniac order before they merged with the Cistercians in 1147.  In medieval times, it served as a pilgrim hospital.  Nowadays, it lies in the Greenfield Heritage Park, which is also home to many relics of the industrial age, such as old mills, waterwheels and even a working farm.

We'll wind our way through the park until we reach St Winefride's Well on the outskirts of Holywell.  Known as the 'Lourdes of Wales', St Winefride's Well has been an important place of pilgrimage for over 1,300 years.  Legend has it that Winefride was the daughter of a local prince and the niece of St Beuno.  One day, around the year 630, a local chieftain called Caradoc tried to seduce Winefride but, being pure, she was having none of it and ran towards the church which had been built by her uncle. Caradoc pursued her and cut off her head.  In the place where her head fell, it is said that a spring of water with healing powers burst forth.  Despite the inconvenient decapitation, and with the help of her saintly uncle who placed her head back on her body, Winefride recovered and went on to become a nun, living for a further 22 years.  If you would like to partake of Winefride's miraculous healing powers like many other pilgrims before you, entrance to the well will set you back the princely sum of £1.

Leaving Holywell, we'll head off up the hill (which is quite steep) and over some potentially muddy farmer's fields towards the Franciscan friary at Pantasaph.  The centre of the Friary is the church of St David, completed in 1852, from where the friars went out on missions, planting churches across North Wales.  The Friary is now home to the 'Padre Pio Peace Centre', as well as a shop and a café.

From the Friary, we'll head northwards towards the biblically-named Carmel and across some more farmland towards the coast.  There we find a huge, rusting ship which has been marooned since 1979.  Originally a cruise liner built by Harland and Woolf (who also built the Titanic), it was brought to the North Wales Coast and turned into a leisure and retail complex called 'The Funship'.  It operated for a few years in the early 1980s before closing and the hulk has been there ever since.

Finally, we'll walk along the coast towards Greenfield Dock, originally built to transport copper goods made at the industrial sites in the Greenfield Valley to Liverpool and Africa.  From there, it's just a short walk back to our starting point near the Abbey, which conveniently has both a café and a pub nearby! 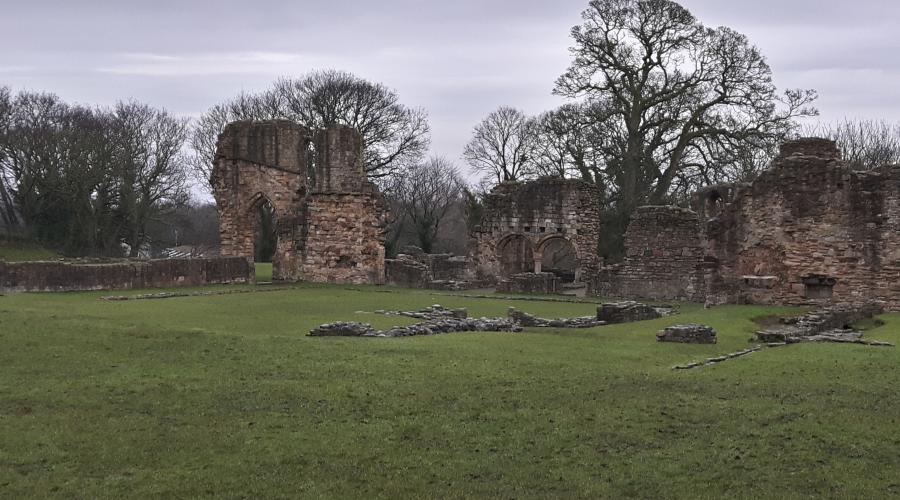 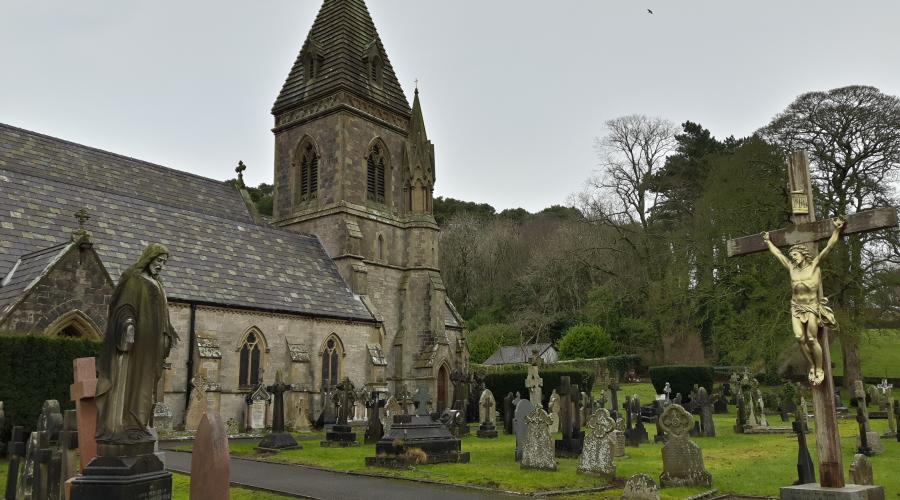 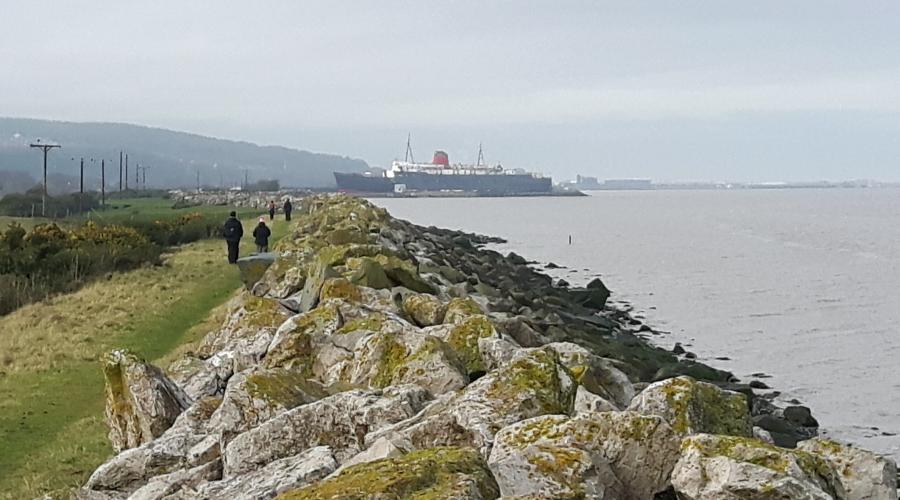 If this is your first day walk and you're not sure what to wear or bring with you, please see the 'My First Day Walk' section of the 'Events' menu above.  Remember that it is winter, so a hat, gloves and layers are a good idea, as well as a flask of hot drink!

You'll need to bring a packed lunch with you, along with sufficient water to keep you hydrated during the walk (recommended 1-2 litres).  There'll be an optional pub/tea room stop at the end of the walk.