This walk will have the richest colour palette. The bracken will be bronze, the birch leaves saffron, the pine trees emerald, and the moss, well, moss. We'll set out across the Forest over crunching leaves and bubbling bogs to see this mysterious and magical medieval hunting ground in its seasonal splendour. All of the New Forest's landscapes will be seen: from bog and stream to heath and wood, from grazed grasslands and enclosed parklands to oak thicket and pine plantation, while at the centre of it all, and at half-time and lunchtime, we'll see the 'capital' of the Forest: Lyndhurst.

The first half of our route involves heading west to Lyndhurst. We'll walk through Longdown Inclosure, over the railway line, across Matley Heath and along a path parallel with the Beaulieu Road over White Moor to the beauty spot on Bolton's Bench which is just outside the built-up area of Lyndhurst. This stretch of the walk contains some of the best scenery in the Forest.

Lyndhurst is the administrative and cultural focus of the Forest. The lower High Street has abundant Victorian mock-Tudor buildings in rich red brick and timber-framing, while the upper High Street has many fine Georgian ones. The Arts and Crafts church of St Michael and All Angels stands on a hill, its 50 metre high spire surveying the scene. Built by William White in polychrome brick, its fittings include windows designed by William Morris and Edward Burne-Jones and a fresco by Frederick Leighton showing the Parable of the Wise and Foolish Virgins, with biblical characters said to be modelled on local people.

However, it is the Queen's House (formerly the King's House) that is the most important building in the village. Owned by the Crown since the early middle ages, it contains the Verderers' Hall, home of the ancient Verderers' Court (which settles disputes between commoners in the Forest) and the headquarters of the Forestry Commission. The building has been repeatedly rebuilt with much of the present structure dating from the time of Charles II.

After an hour for lunch in Lyndhurst in which we can (if possible) eat at a pub or a café or have a picnic on a bench, we'll set off back through the Forest, southeast along Beechen Lane, east through Park Hill, across Denny Wood and over Black Down, then north along the pens for animals being shown at the New Forest show (we could stop at The Drift Inn nearby), under the railway line, east along Withycomb Shade (the upper course of the Beaulieu River), and then north back to the car park.

Dogs are welcome to join us on this event but we do ask the following: please ensure you adhere to the Countryside Code at all times (see Keeping Dogs Under Effective Control) If your dog is uncontrolled and strays in open land frightening other animals or livestock, the leader is supported by the OutdoorLads board of trustees to ask you to leave the event as this is not acceptable behaviour. 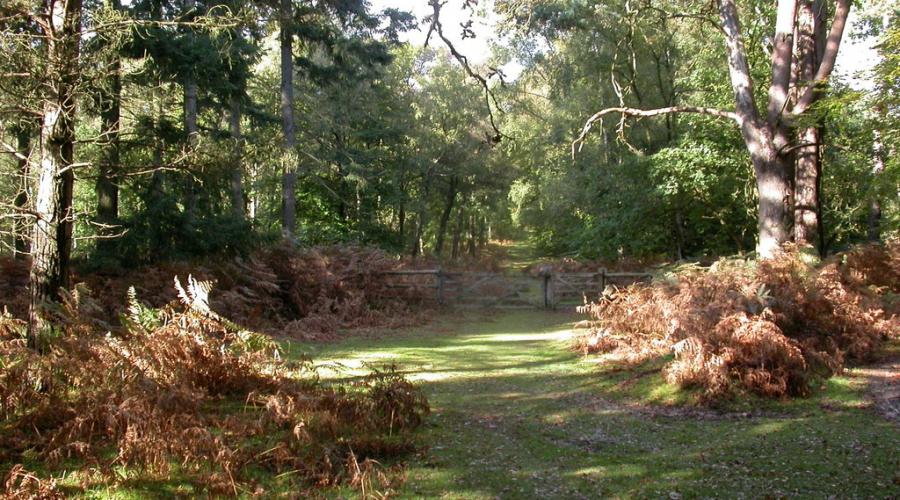 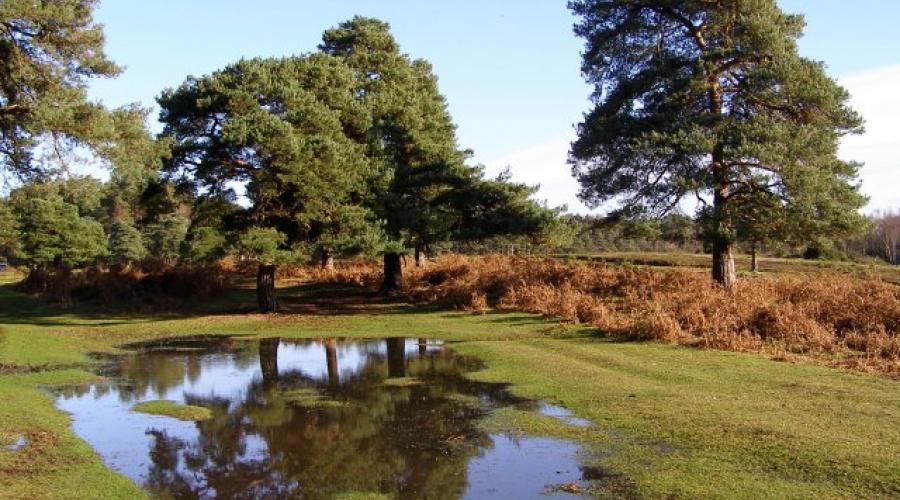 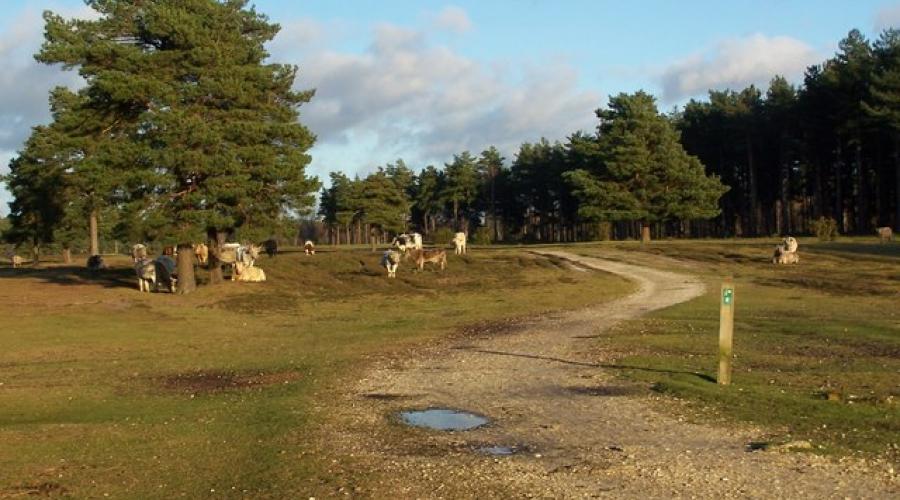 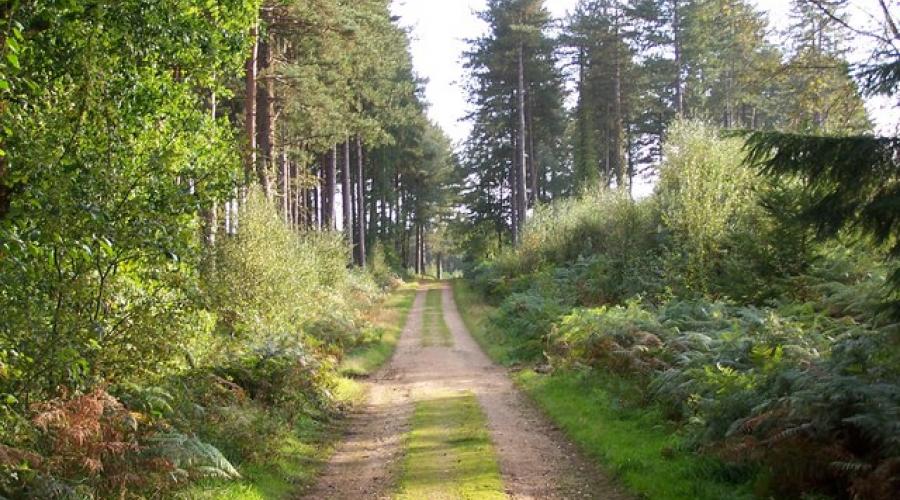 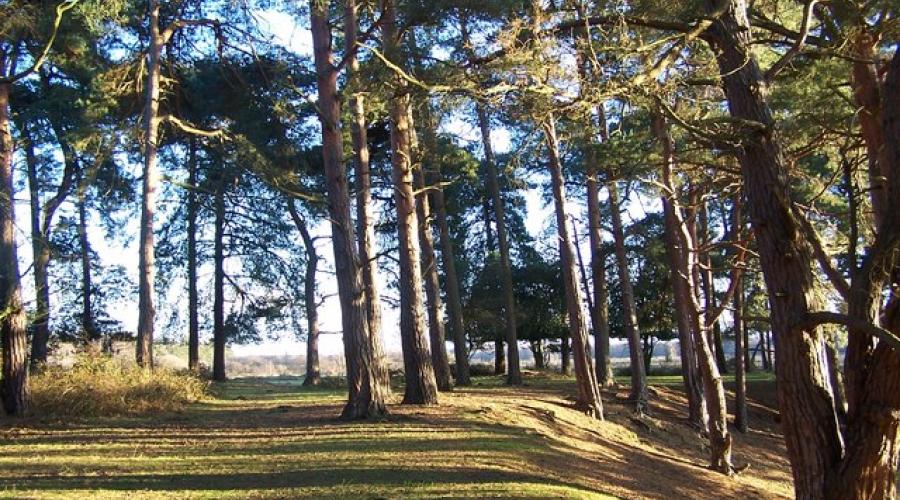 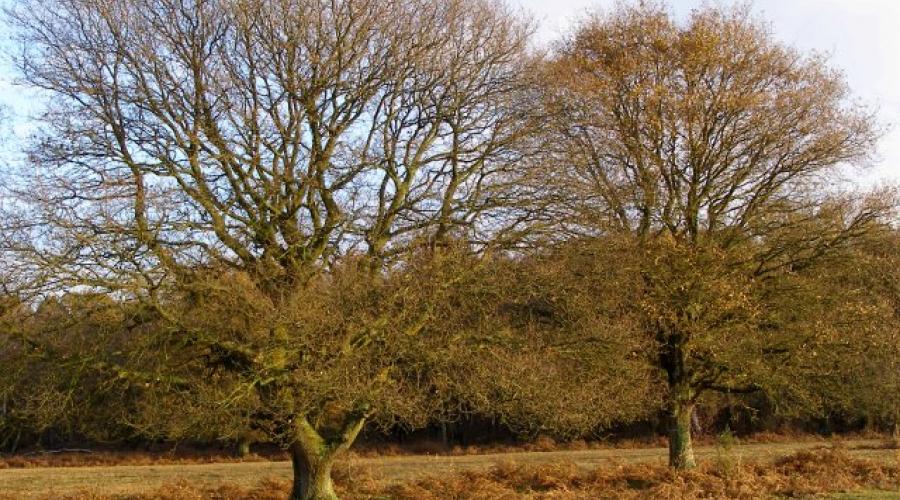 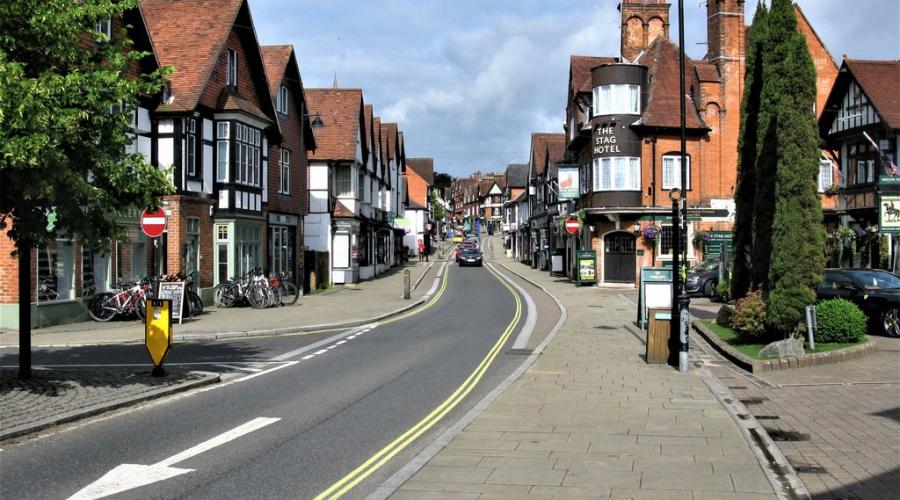 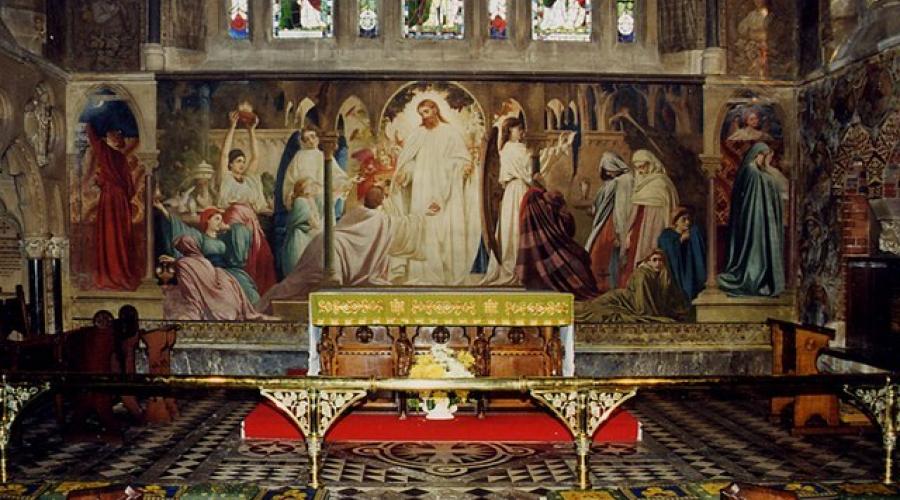 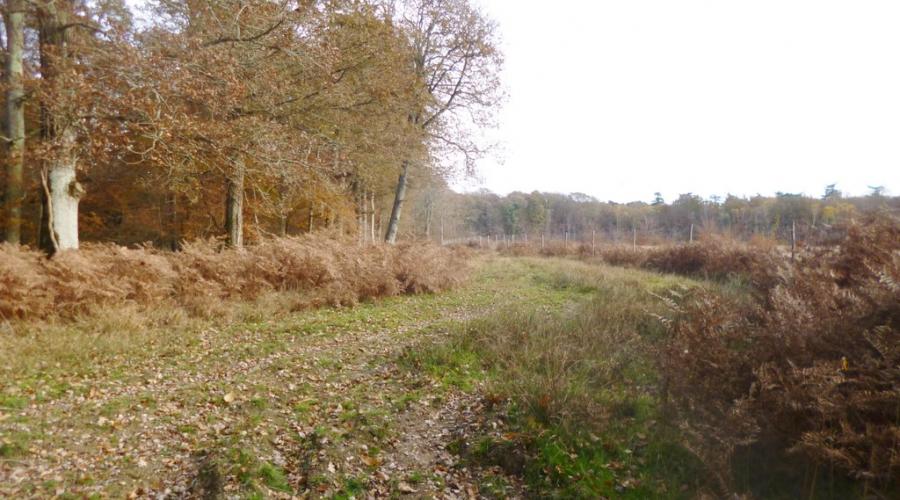 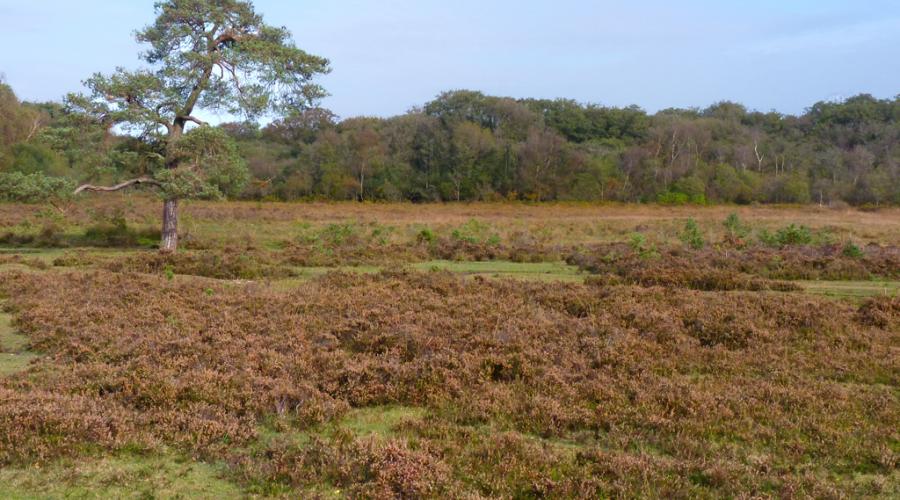 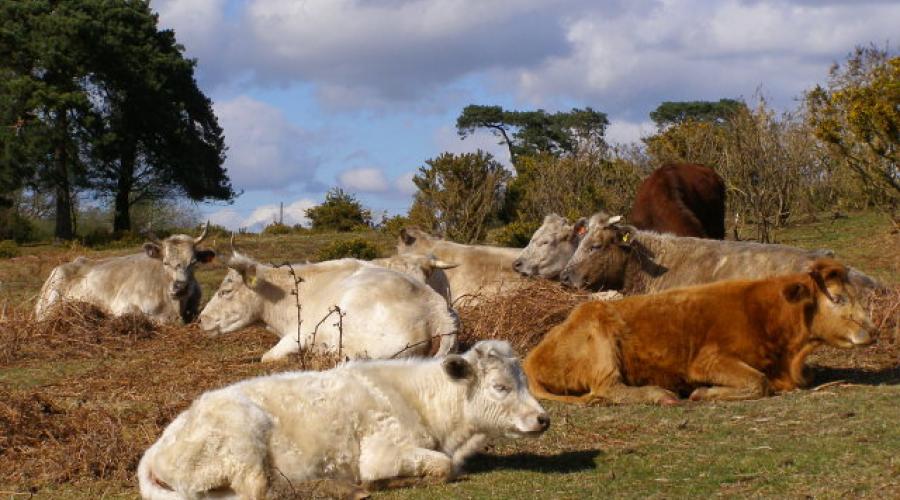 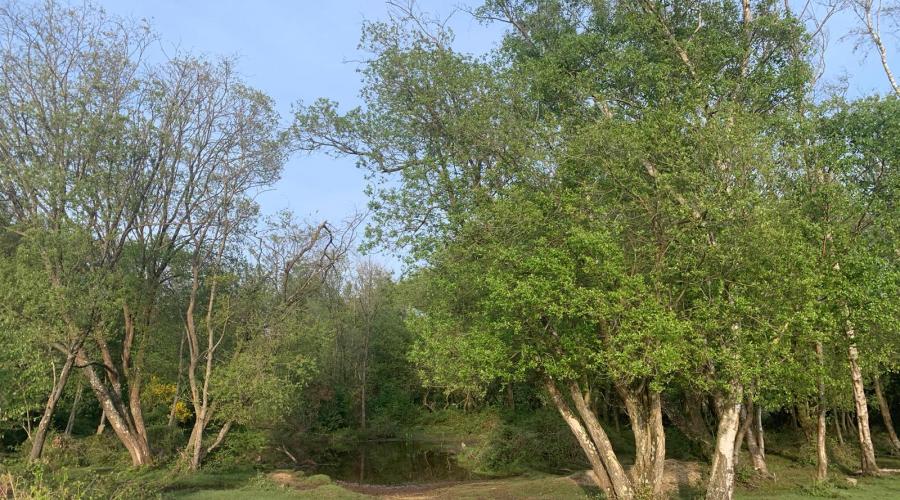 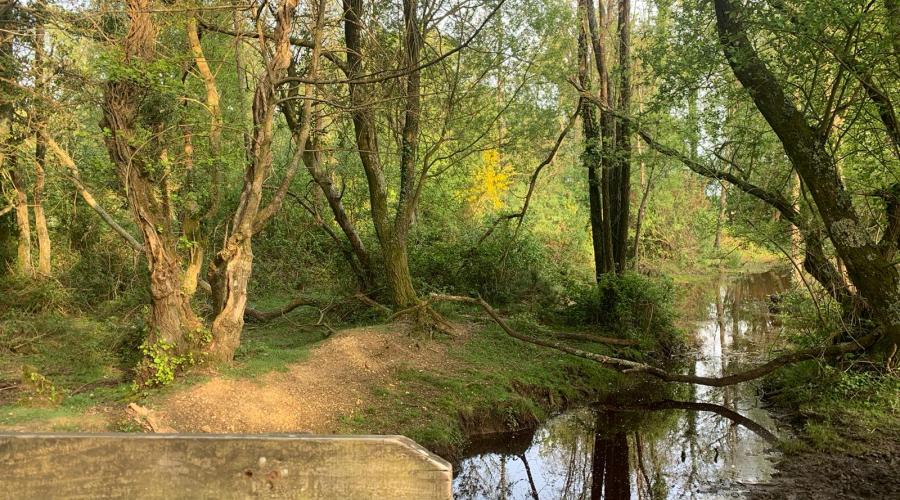 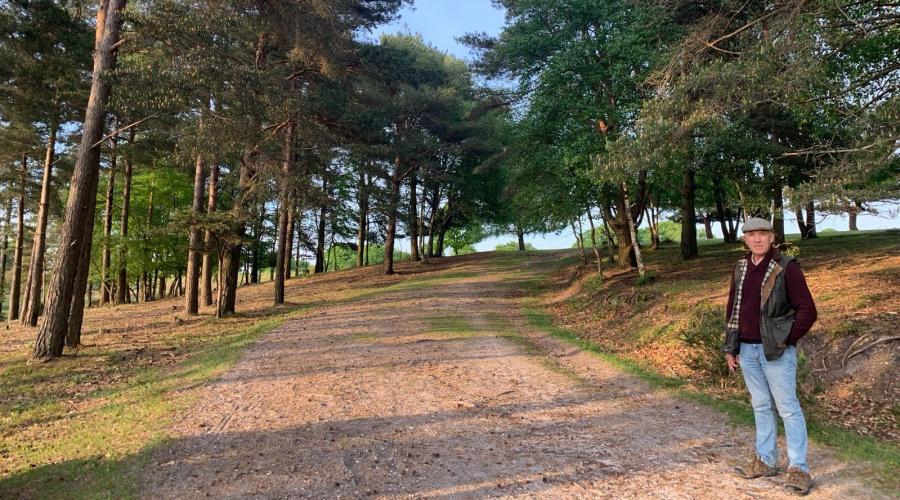 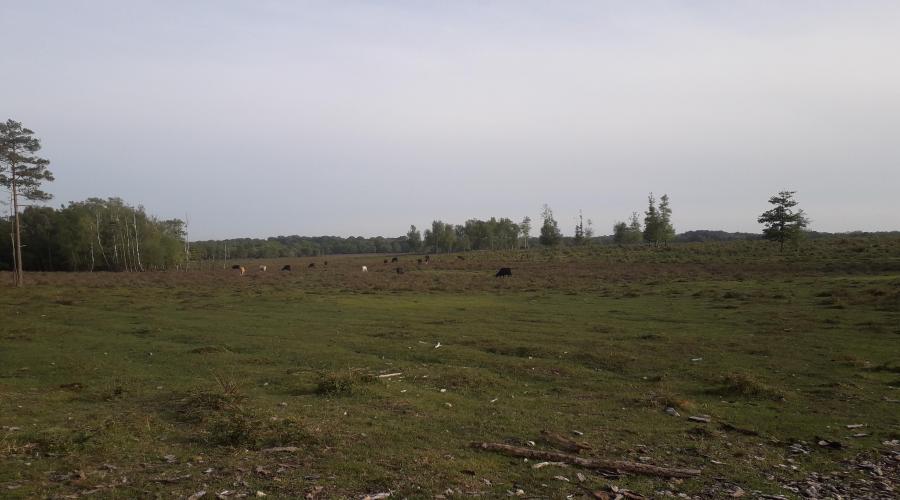 For your comfort and safety please be prepared for the anticipated weather and the terrain of the walk - keep in mind the following:

Boots: hiking boots that are both waterproof and breathable, and provide good ankle support, are important as soon as you encounter any mud. Stout waterproof walking boots are essential as some of the forest may be boggy.

Walking trousers: (ideally water resistant) will be more comfortable than jeans which are heavy and cold when wet.  From April to October shorts are usually a better bet.

Waterproof over-trousers: essential in any significant rainfall. Breathable ones are best.

Waterproof jacket: essential when hiking in all but the calmest of weather.  You get what you pay for with these. Breathable fabrics are advisable.

Hat: essential in summer to prevent sunburn and heatstroke.

Small rucksack: one that is comfortable to wear is essential so that you can use your arms freely. Place valuables in water proof bags inside.

Sunglasses: April-Sept: comfortable sunglasses enhance your pleasure and keep insects out of the eye.

Food: lunch can be brought along or bought in Lyndhurst In addition carry energy bars or similar to counter 'sugar lows'.

Medicines: if you have allergies, are diabetic, or have minor ailments don't forget these!

Please bring with you or buy in Lyndhurst a packed lunch, or have lunch at a café or pub in the village if these are open. We will have an hour for lunch. There is also The Drift Inn on the Beaulieu Road in which we could have a pint.