Headlands and Bays, Wetlands and Ways - the Northeast Isle of Wight

Your price
£12.50
Easy Moderate Very Hard
Distance is 20 km/12.5 miles; total climb is 308m; terrain is mostly flat and on sand, shingle, grass, tarmac and concrete, but with one major ascent and descent near the end.

Please don't be put off by the earliness of the start or the cost of the transport; the delights of this day trip will completely compensate. These include the crossing by catamaran with Portsmouth receding and the wooded mass of the island beckoning; the faded gentility of the Victorian resort of Ryde; the select Edwardian yachting enclave of Seaview; the sandy beaches and wooded, secluded coves of Seagrove and Priory Bays; the broad harbour and high-class suburbia of Bembridge; the scale of Culver Cliff and the panorama from Bembridge Down; the rich wetlands by the River Yar; and the totally renewed ex-Underground Island Line Class 484 trains.

Ryde: A 'period' town of Regency-Victorian overlap and formerly of great elegance as the fine civic buildings bear witness. Now recovering from its neglect and the shabbiness of the 1960s and 1970s. We won't see much of the town apart from the hotels and amusement arcades of the seafront unless you'd like to stay later there at the end of the walk. The esplanade has formal gardens, the Espanade Hotel of 1866-7, an elegant pavilion of 1926-7 and the gothic Ryde Castle Hotel of 1833-4. Heading east parallel with the broad sandy beach, the building density dwindles and parkland increases. Appley Tower is a castellated seafront folly of 1875.

Seaview: A Victorian and Edwardian seaside resort village for the yachting community. The main street heads down to a rocky beach with slipways and moorings. Numerous Victorian villas and small hotels in buff brick and stone dressings on an enchantingly intricate and cosy plan.

Seagrove and Priory Bays: Sandy beaches backed by tall sandstone cliffs topped by woodland, seeming secluded and private and only really accessible to those on foot. We'll have a lunch and a swim at the beach at Priory Bay.

Bembridge Harbour: A formerly wide natural harbour partly closed off from the sea by a National Trust-owned spit called The Duver to the north and Bembridge Point to the south. The harbour owes its present shape and size to the construction of a causeway that carried a branch railway line and halved its size. We will cross the harbour on a smaller, earlier causeway that created a tidal millpond.

Bembridge: High-class surburbia that developed in the C19. Surrounding the village in the sea is a big reef of hard limestone which extends beneath the island and provides defence from the waves, despite being quarried for building stone until recently. Bembridge lifeboat station is at the end of a narrow but highly elevated pier.

Culver Down and Bembridge Down: The eastern end of a spine of chalk that extends across the island to the Needles on the western side. Bembridge Down rises to 140m and gives great views across the eastern half of the island and to the mainland. The down ends abruptly at Culver Cliff which is a familiar feature on the horizon from the mainland. On the top is a massive granite obelisk dedicated to the 1st Earl of Yarborough in 1846. Bembridge Fort was constructed in the 1860s.

This is a linear walk starting upon disembarkation from the catamaran at Ryde Pier Head and ending at Brading Railway Station where we'll catch transport back to Ryde Pier Head.

After walking down Ryde Pier we'll follow the coast eastwards all the way from Ryde around Puckpool, Nettlestone, Seaview, Priory Bay, Seagrove Bay, Bembridge Harbour, the Foreland and Whitecliff Bay to Culver Down. Up until that point we'll be following the Coastal Path, only departing from it at Priory Bay to walk along the beach. At Culver Down we'll turn inland and walk along Bembridge Down and cross the marshes of the River Yar to get to Brading to catch the train back to Ryde.

I love having dogs on my walks and this walk is suitable for them apart from during very hot weather. There is abundant sea for them to splash in and some shade, plus no livestock until the end. A dog off the lead must be obedient. 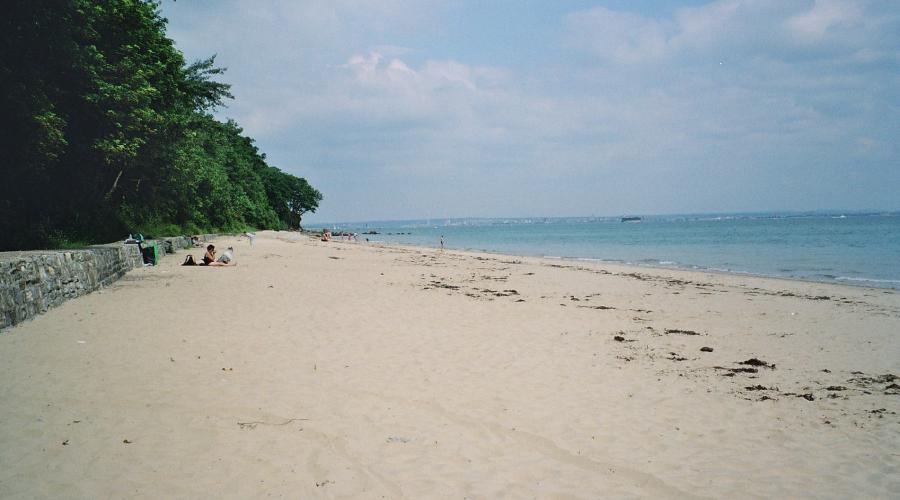 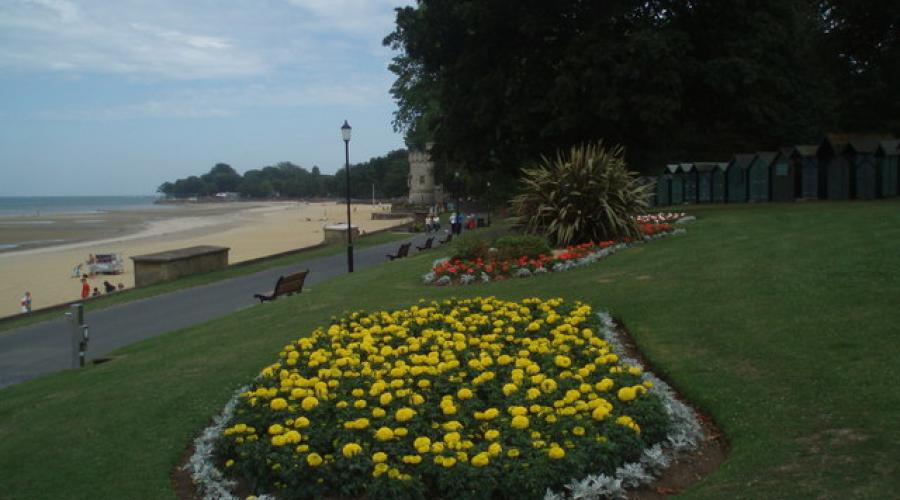 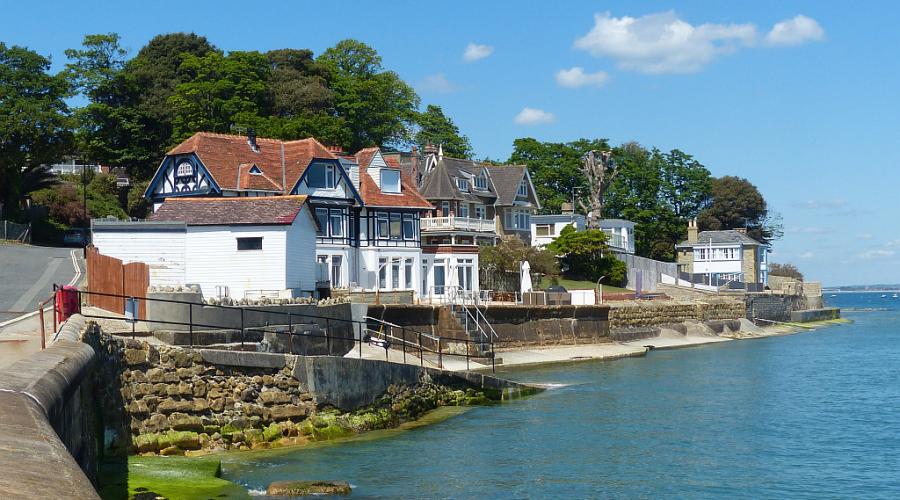 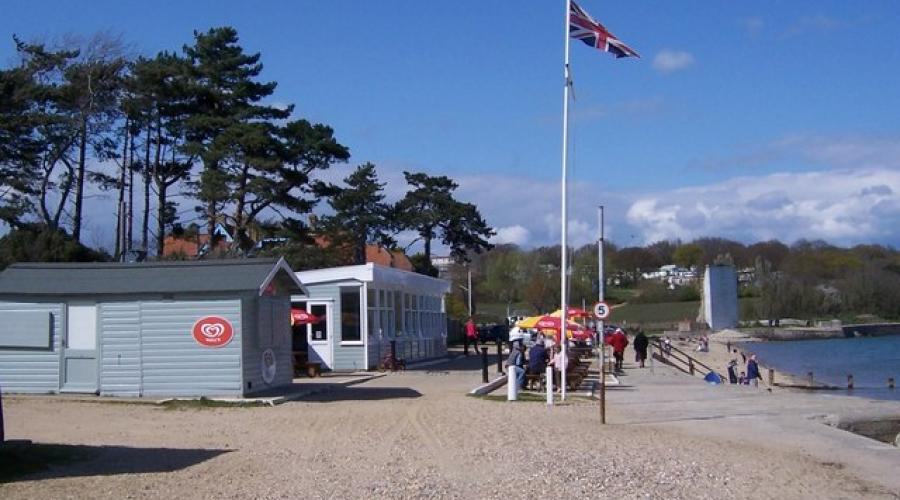 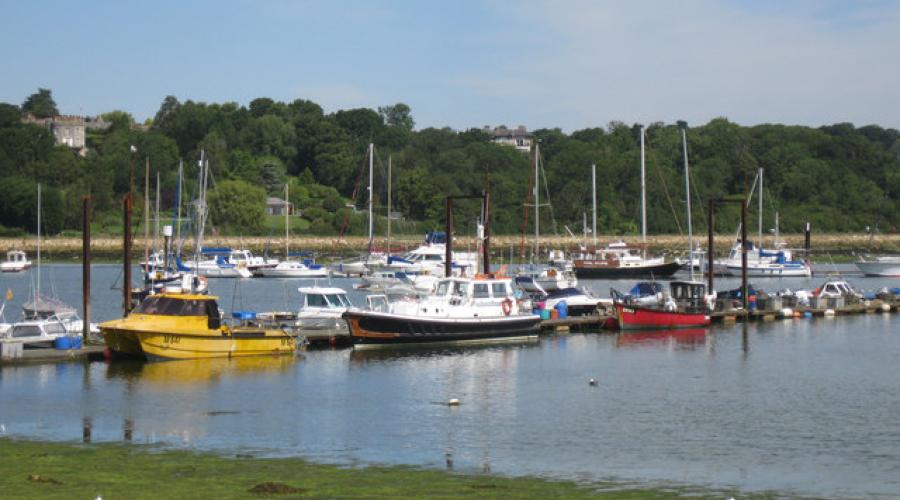 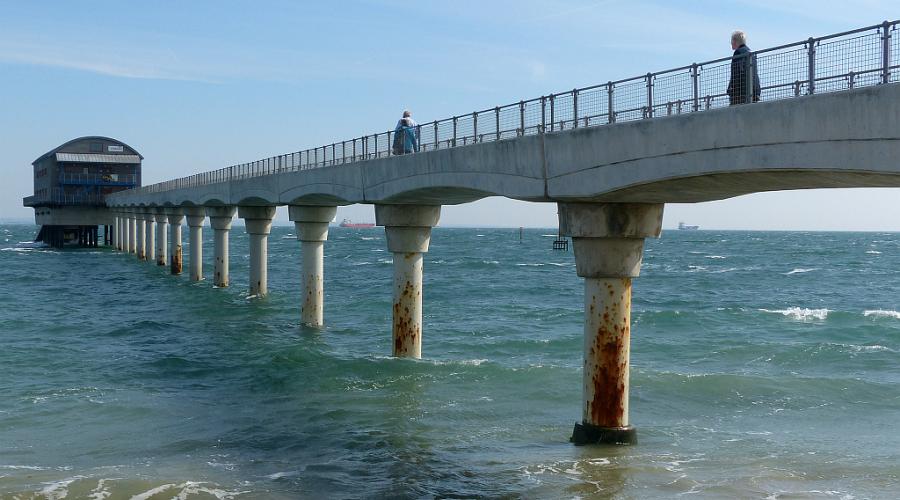 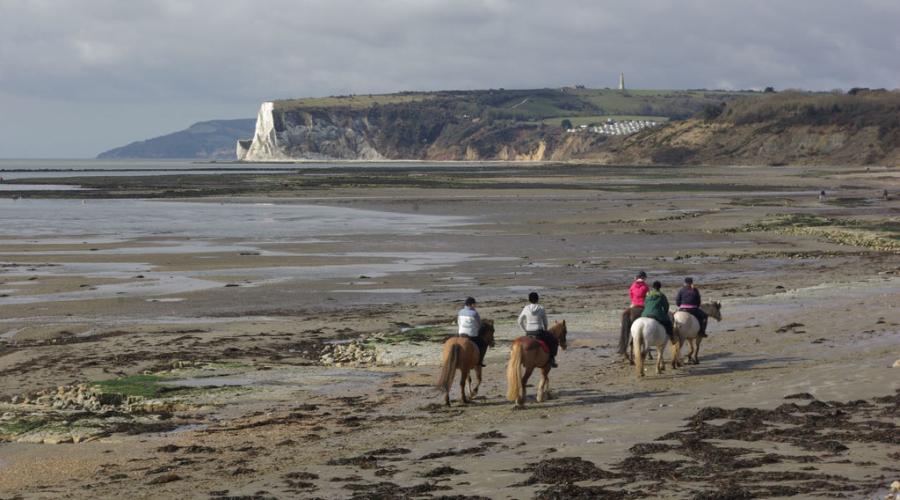 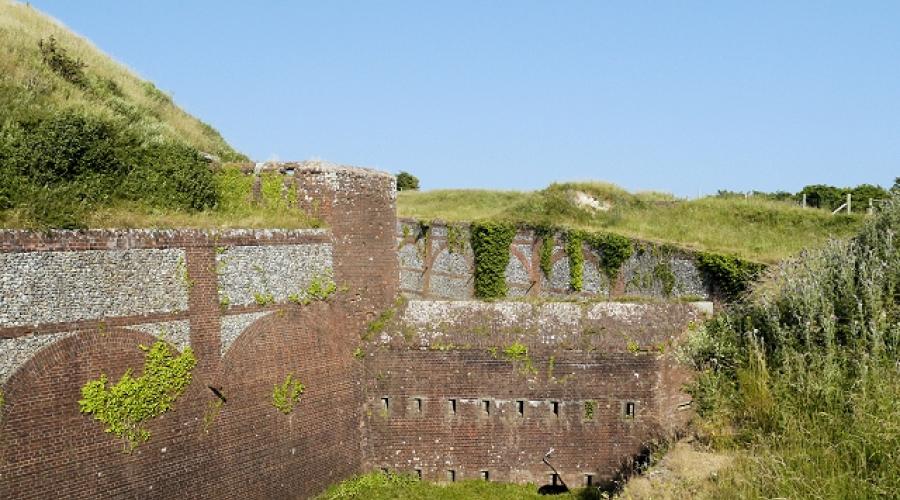 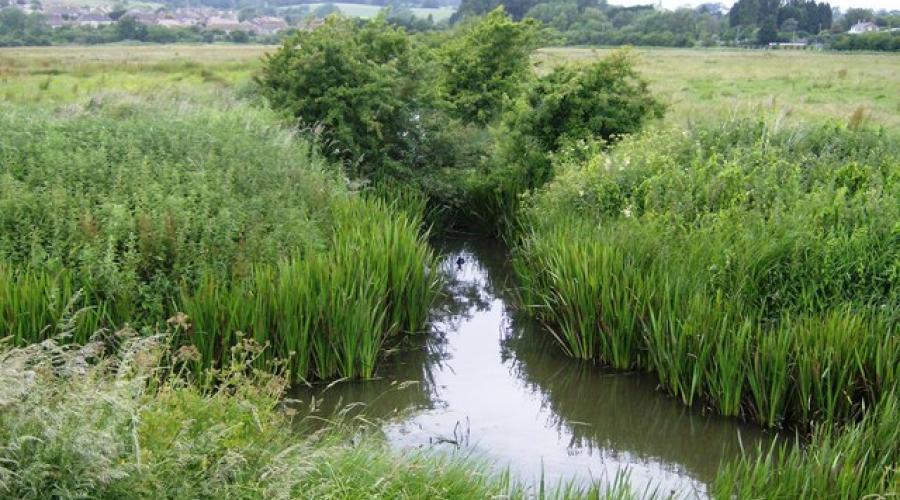 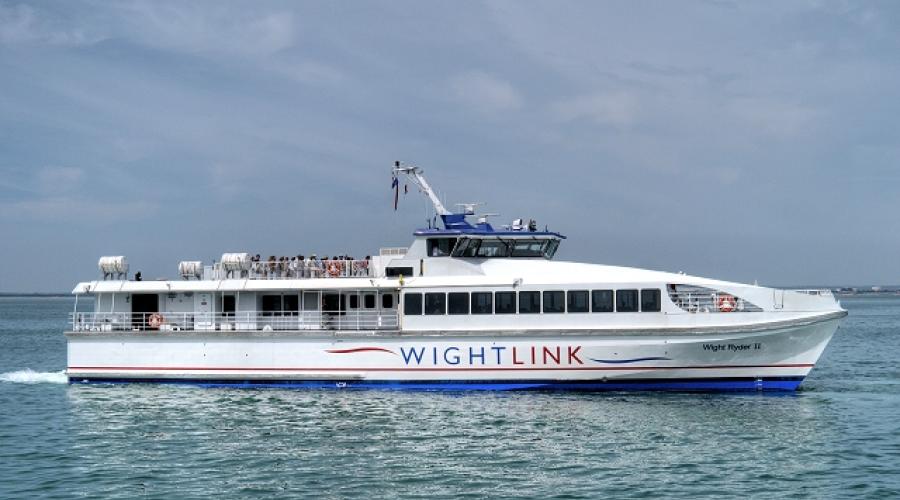 You will need walking boots or shoes, as it is quite a long walk albeit on the flat, and on tarmac, concrete, grass, beach sand and dirt. There is one significant ascent and descent near the end of the walk.

You may need suncream and perhaps a sunhat if sunshine is forecast as the route is frequently exposed and offers sporadic shade. Bring a waterproof coat if wet weather is forecast.

Bring swimwear and a towel if you want to swim during the lunch break.

You could bring a packed lunch and plenty to drink, but there will be abundant opportunities to buy ice creams, snacks and hot and cold drinks on the walk. At the end, you could stay behind to eat in Ryde and take a later ferry back.