A relatively easy post-Christmas survey of one of Hampshire's least-known but most amiable and affluent areas: Hart District. It may be less well-known because its scenery isn't distinctive, but the countryside of gentle fields and heaths fringed with riverbanks and forests is very pleasant. The absence of striking scenery is offset by a show of stylish settlements and handsome houses constructed from red bricks and timber-framing. Two thirds of our route will be along quiet country lanes and so may become a little unvarying, but we'll have respite from the mud that will besmirch the other third. Overall we should progress so well that we can linger longer over lunch at the pub.

Hartley Wespall: An isolated church near farms. The flint-facing and tile-hung tower are the work of restorers such as George Gilbert Scott Junior, but there is 'one quite tremendous original feature, the huge timbers of the west wall, dated to c1330...they are of an extraordinary design, forming one enormous boldly cusped lozenge cut by a cusped middle post. Smaller cusped timbers in the gable.' (Bullen et al, The Buildings of England: Hampshire: Winchester and the North). This feature guarantees the church a mention and picture in every book on medieval architecture. The C14 porch is also a feature and all structural timbers in the church are early C14 too.

Rotherwick: Possibly an early medieval planned settlement with farmhouses strung out along The Street. The church is brick, with a flint chancel and malmstone dressings, C16 and C17 with C19 additions. Handsome Arts and Crafts village hall.

Hook: A dormitory settlement that grew around some scattered farms when the railway arrived in 1883. Three notable buildings are Old Raven House of 1653, the Georgian White Hart Hotel, and Edward Maufe's Church of St John the Evangelist of 1937-8, a prototype of Guildford Cathedral. Hook was due to be the site of a new town by London County Council in the 1950s, before the plan was quashed by an incoming government.

I love having dogs on my walks and this walk is suitable for them. It is of moderate length and has few fields with livestock. Much of the route will be along country lanes though. Any dog off the lead must be obedient.

A footpath will lead us through the housing estates of Hook into farmland and copses. The Brenda Parker Way will take us to Rotherwick and here we will head further north, then northwest. Mill Lane will curve north, then northeast past Mill farm and Topford's Farm, and we'll soon be at Hartley Wespall. At Hartley House T-junction we'll turn east to Chandler's Green, past Sheldon's Farm and Willowbank Farm to the junction with the B3349. A short walk along its verge will take us to the New Inn at Heckfield for lunch. Turning south along a footpath we'll cross back over the B-road and Vicarage Lane will take us to Thackham's Farm where we'll head west. We'll then turn south along Hall's Lane and Allenmoor Lane. Crossing Cowfold Lane back at Rotherwick we'll follow a byway and footpaths past Great Nightingale's Copse back to Hook. A footpath and the High Street will take us to The White Hart pub or the station. 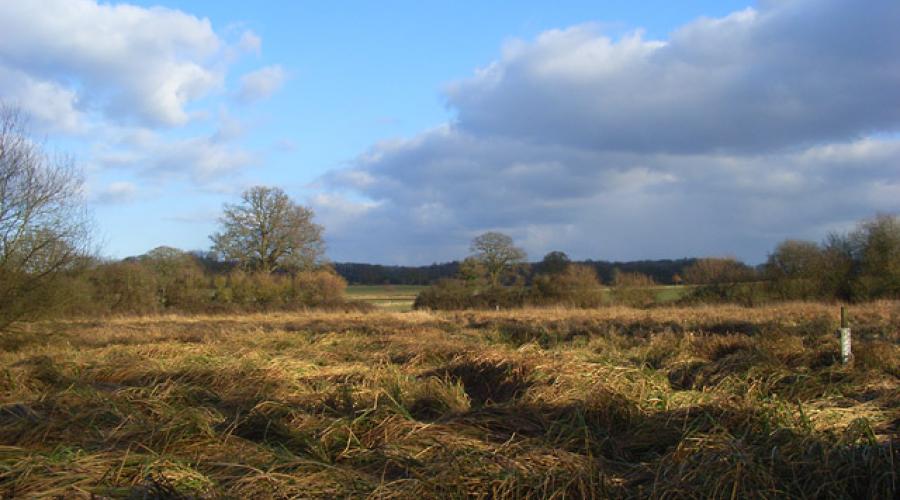 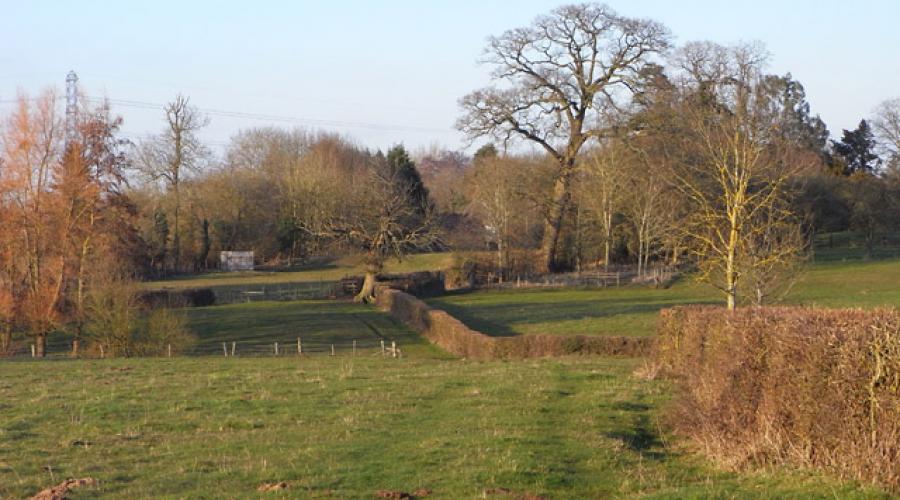 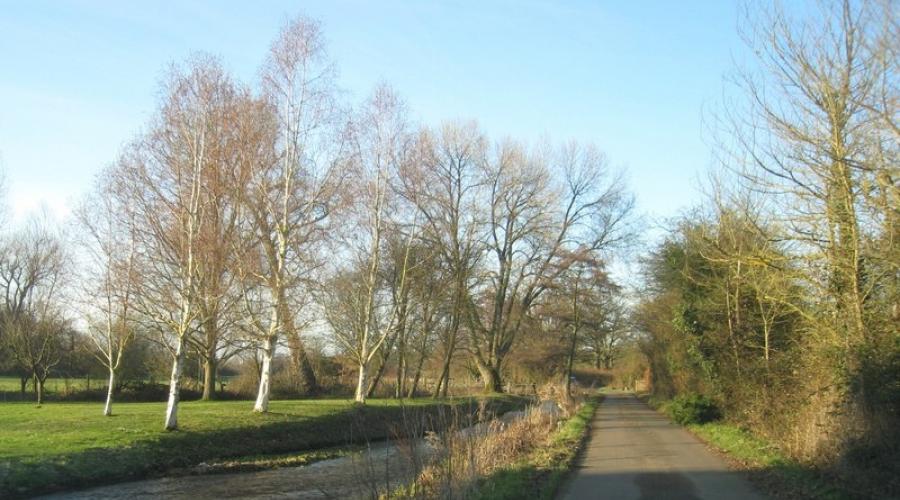 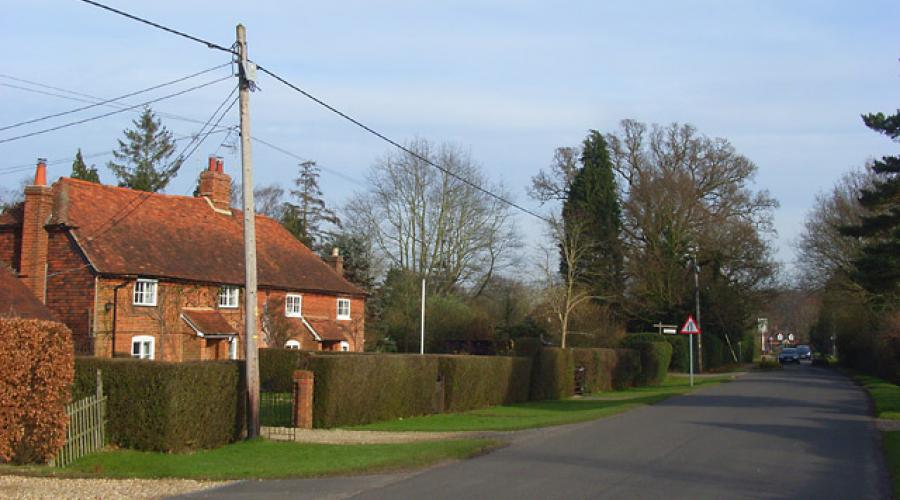 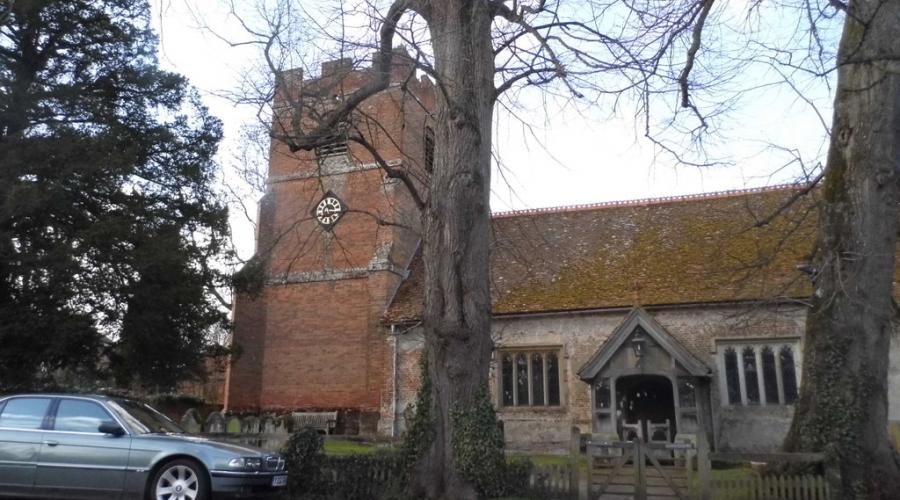 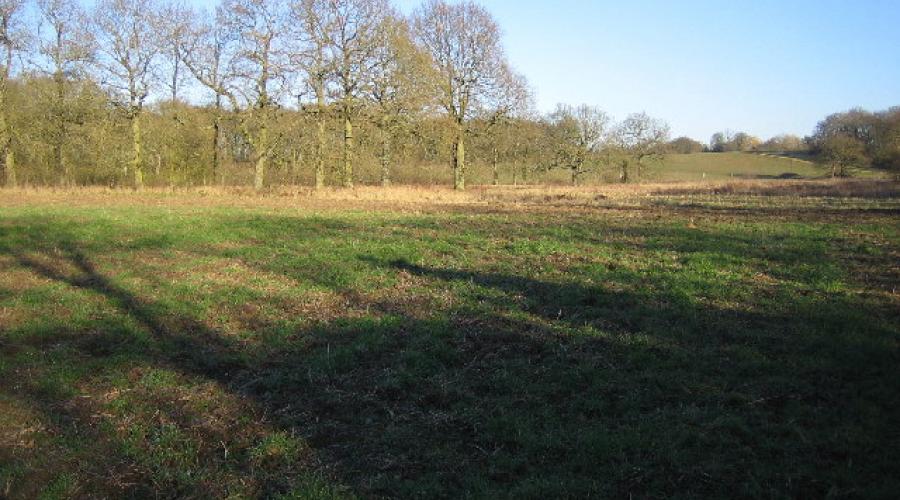 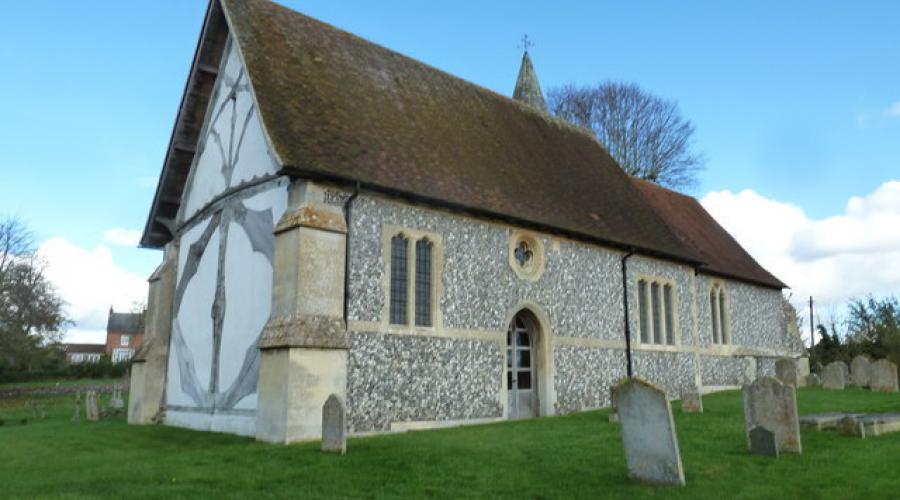 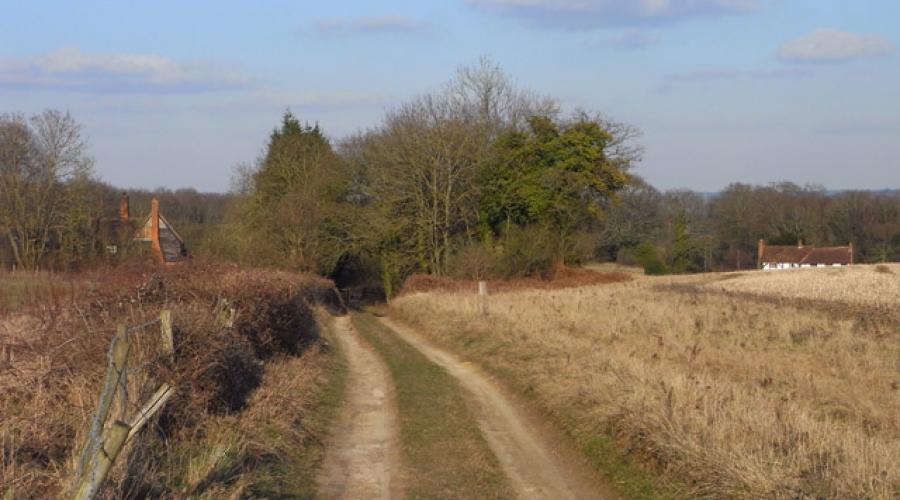 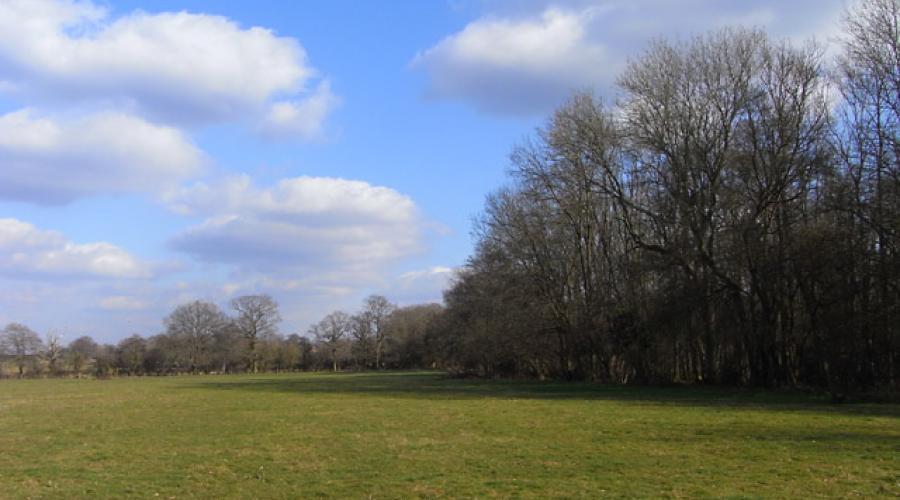 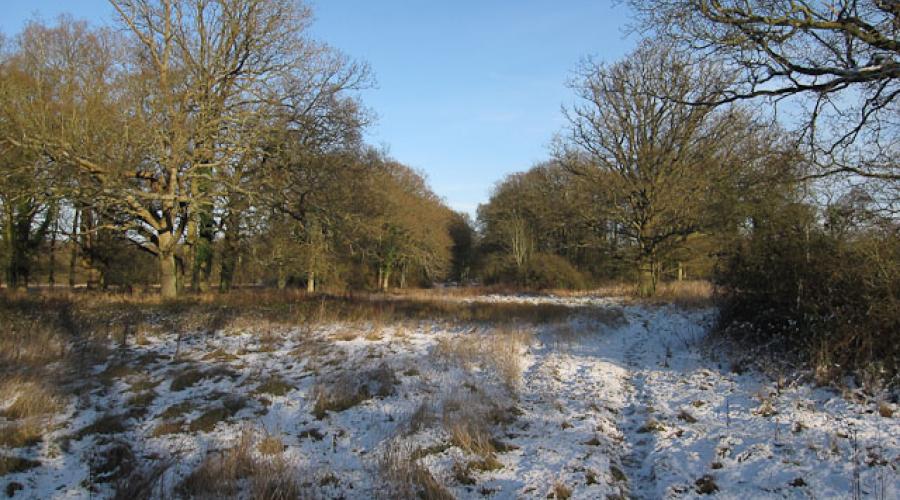 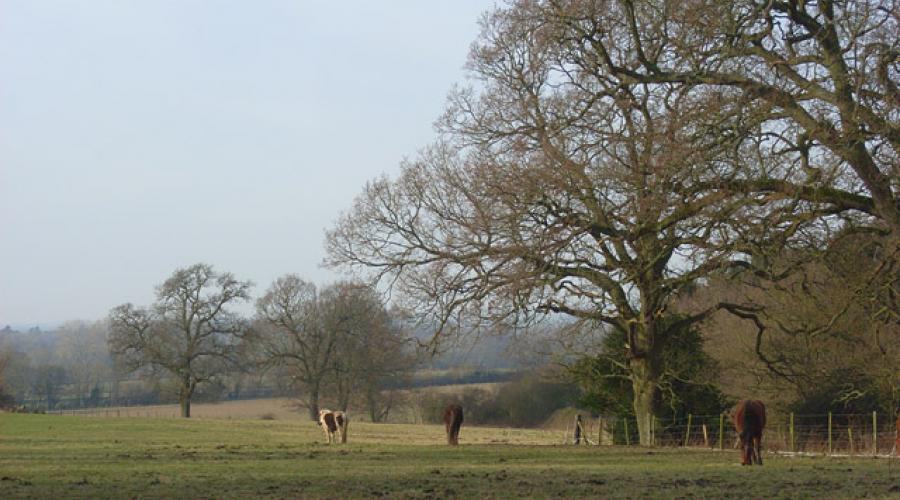 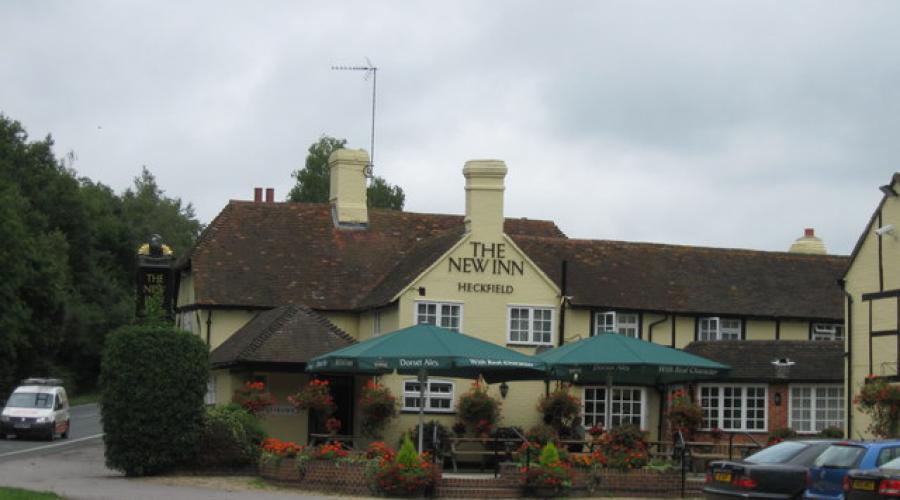 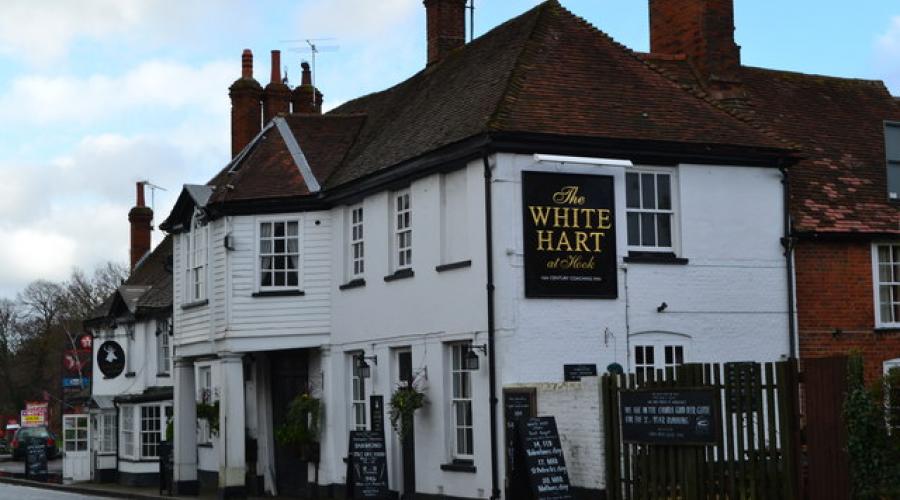 Please wear walking boots with thick socks. Although the walk is mostly on tarmac and gravel, there will be some muddy fields to cross. The lanes could also be flooded, so perhaps a change of socks might be a good idea. Wear wet-weather gear and cold-weather gear as appropriate, and avoid wearing jeans as these become heavy and abrasive when wet.

We're booked to have lunch at The New Inn at Heckfield at 13:00. Please have a look at the menu before the walk and tell me what you'd like to eat when I ask in order to get the pre-order ready.

You're welcome to bring a packed lunch instead although places to eat it may be limited.

We could have a drink in The White Hart in Hook at the end of the walk.