Hamlets Hunkering under the Hurtwood Hills

The Hurtwood clothes the hills of Leith and Holmbury; we'll visit those in May when the weather is warmer and the days are longer. In the well-wooded Weald underneath those hills a huddle of hamlets have haphazardly developed, while along main roads and around greens some distinct villages have grown: namely Ewhurst (which is suburban) and Ockley (which is still rural). If you're looking for a winter walk which is a strenuous stride to see stunning scenery, this walk will disappoint, but if you're looking for a walk which is a mellow meander to cover quiet corners, look no further. That said, we won't be able to dawdle too much if we are to do the distance in the time.

Vann Lake: Probably built to power the Wealden iron industry or a linen mill, the water drops from a dam down a 10m tiered spillway. An attractive location. Vann Lake reserve is home to dormice, crested newts and several rare species of bat, and is a site of special scientific interest.

Ockley: On the Roman Road of Stane Street, subsequently a stretch of the A29. The long village green is 'sometimes fifty yards wide, sometimes two hundred, sometimes bounded firmly by trees and cottages, sometimes penetrating into the countryside beyond...westward views always have Leith Hill as a backdrop' (Ian Nairn, The Buildings of England: Surrey). Jayes Park: elegant brick front of 1913. Many pleasant tile-hung houses in the village and pretty cottages ornés ('decorated cottages') such as Tanyard Cottage with carved bargeboards and intricate leaded windows.

Forest Green: An unremarkable hamlet, but its name (and tune) is famous to lovers of Christmas carols. The composer Ralph Vaughan Williams collected the folksong 'A Ploughboy's Dream' with the lyrics "I am a ploughboy stout and strong as ever drove a team / And three years since as I lay a-bed I had a dreadful dream..." when it was sung by one Mr Garman of the hamlet. Vaughan Williams transcribed and published the tune in 1906 in The New English Hymnal as a setting for Phillips Brooks's words from 1865: "O little town of Bethlehem, how still we see thee lie..."

Two noteworthy houses seen at a distance: Firstly, Joldwynds: a moderne movement house designed by architect Oliver Hill, Completed in 1932, it is a Grade II listed building and often used in period dramas such as ITV's Agatha Christie's Poirot (Kings Lacey in 'The Theft of the Royal Ruby' and as Davenheim's house in 'The Disappearance of Mr. Davenheim'). Secondly, Leith Hill Place: a gabled house dating from 1600, refaced in a Palladian style in about 1760, bought in 1847 by Josiah Wedgwood III and his wife Caroline Darwin (the biologist's sister) and given by their grandson composer Ralph Vaughan Williams, who had been brought up there, to the National Trust in 1944.

Oakwood: No village; just a collection of hamlets scattered through the woods. The church of St John the Baptist is C13 but over-restored. It is however in an 'unforgettable situation. It is completely surrounded by thick woods...the churchyard is just a rough clearing, and looking out from it can still give the impression of frontier uneasiness, a refreshing thing to find in Surrey' (Nairn).

Ewhurst and Ewhurst Green: Straggling roadside villages with pretty areas, such as the village green or the small square by the church. St Peter and St Paul Church is picturesque, on a hill, C13 but with a Norman-style tower of 1838 built when the orginal fell. Deblins Green cottage, opposite the pub, is the best in the village, half-timbered, perhaps c1700. The Tudor House also has half-timbering and brick infilling, early C16.

A footpath and a lane south of the station will take us to Vann Lake Road which we'll follow west, then south through Birches Wood and then bridleways past Eversheds Farm will take us to the A29. A further bridleway heading west will head past Fir Copse to Standon Lane then Church Lane. A footpath leading from the church and the bridleway heading north following Green Lane. We'll then turn west to Wollards Farm, Lower Breache Road and Plough Lane. We'll then reach the road through Ewhurst which we'll follow north to the pub. After lunch we'll head east along Ockley Road, then northeast along bridleways to Bramblehurst Farm and Prince Hill. Footpaths heading east past Brookhurst Farm will reach Cotton Row and there we'll turn south to go to Cobbett's Farm. Turning east we'll use bridleways to Waterland Farm to Forest Green and Glosterwood Manor Farm and Woolvens Farm. We'll then cross Jayes Park to Ockley. Bridleways will take us through Wickney Holt and Kiln Wood back to Ockley Station. 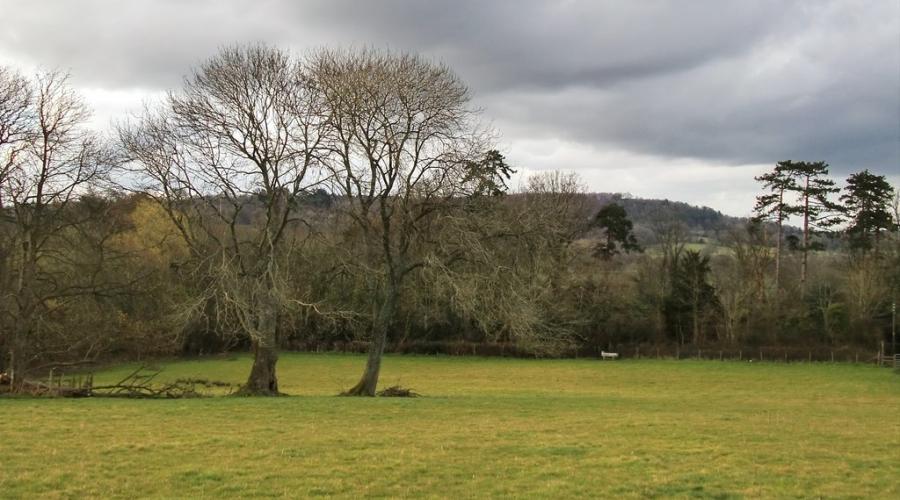 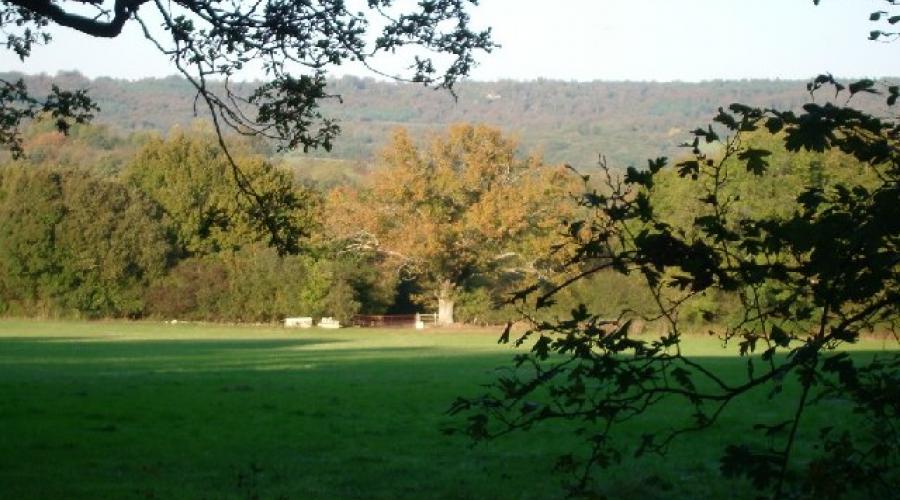 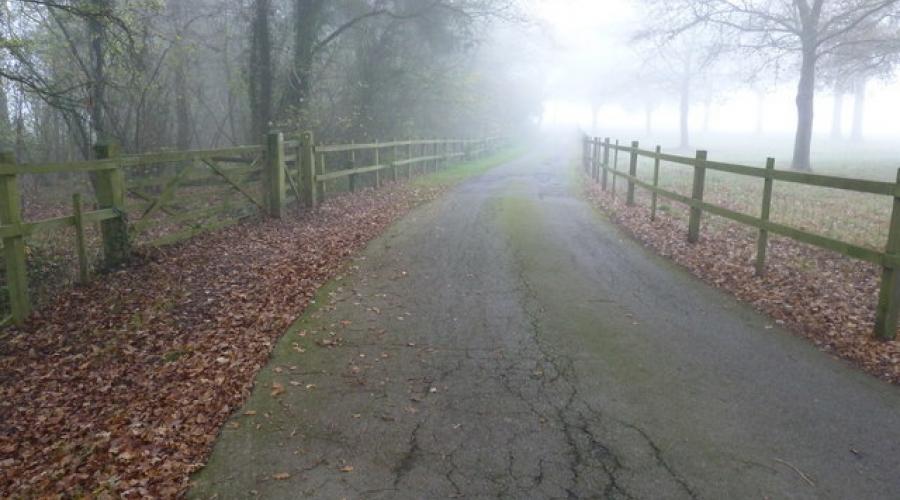 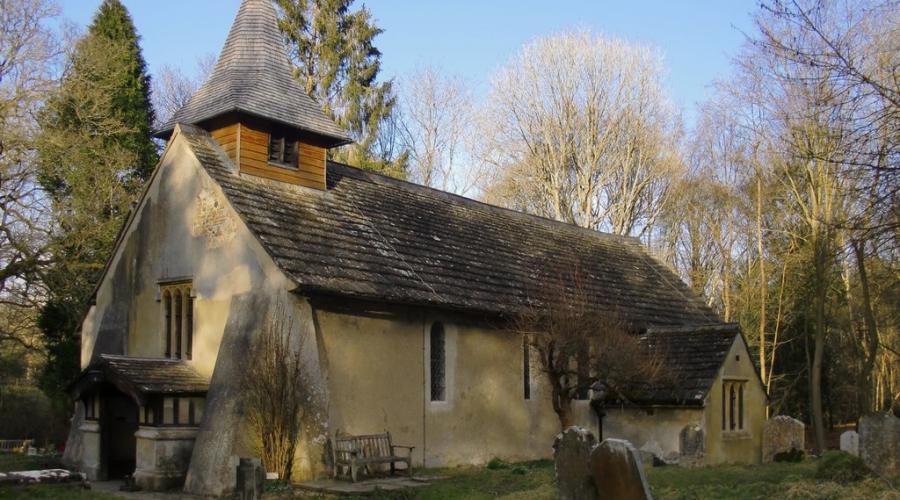 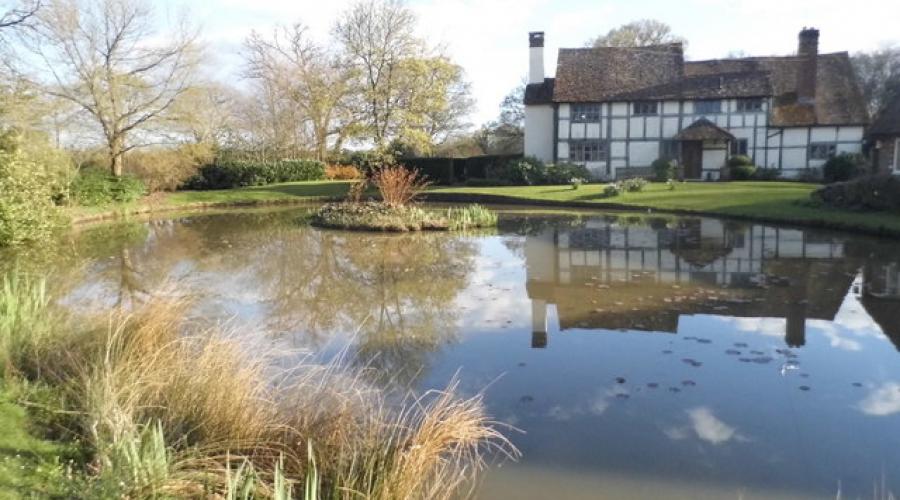 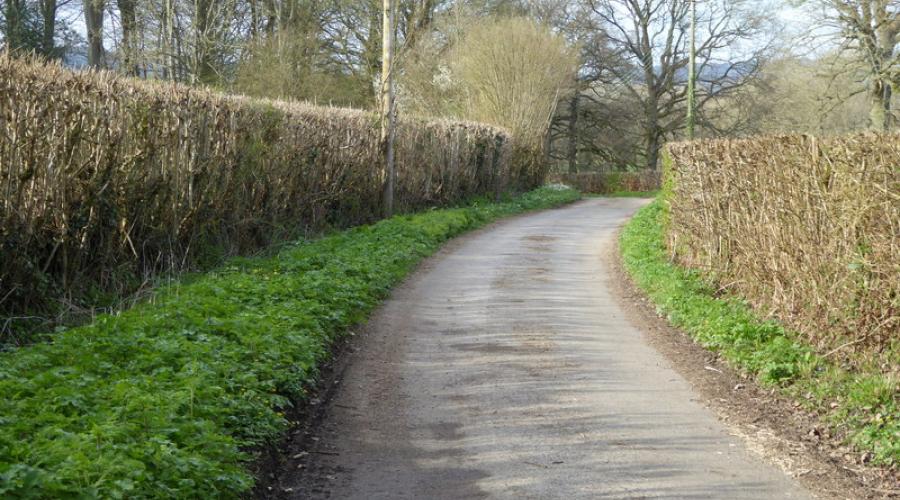 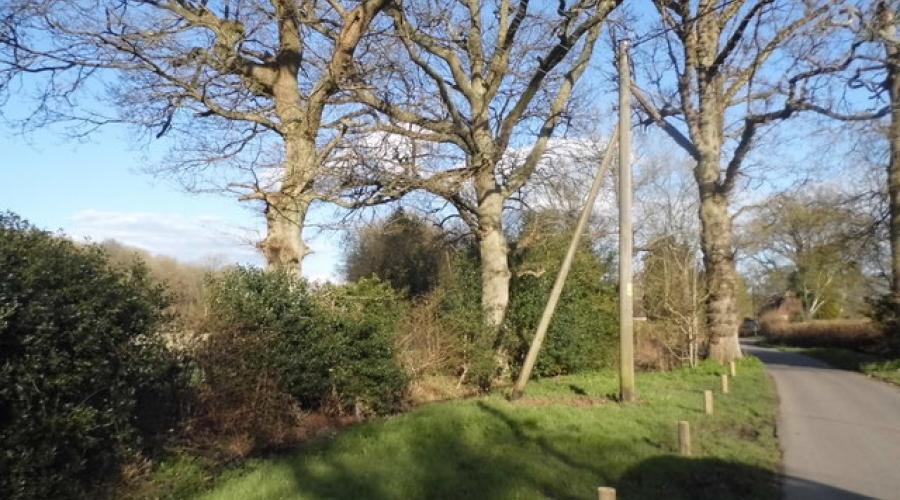 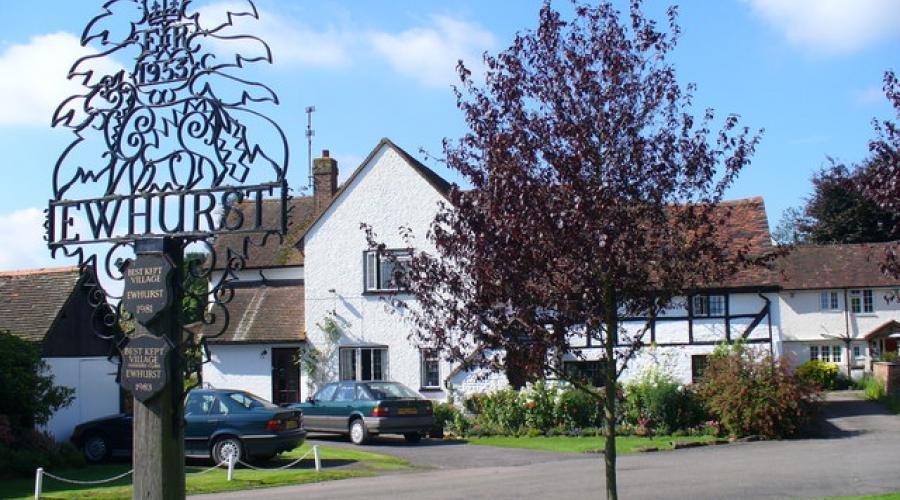 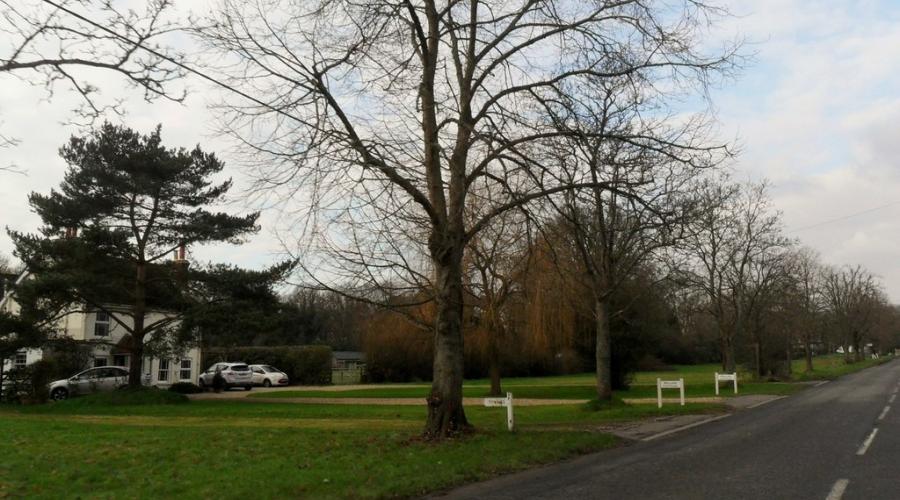 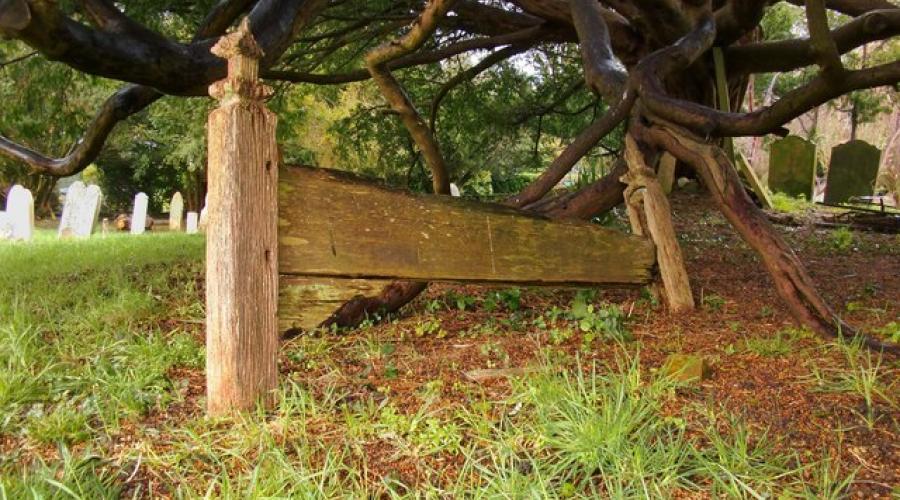 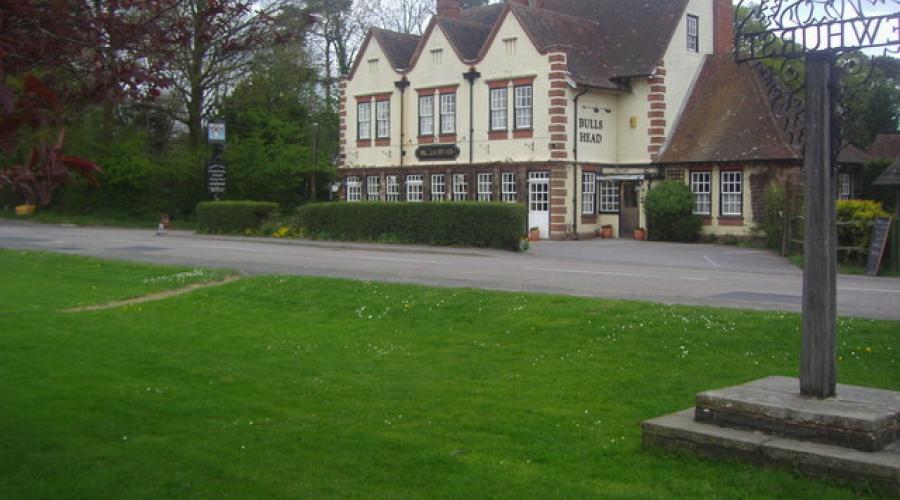 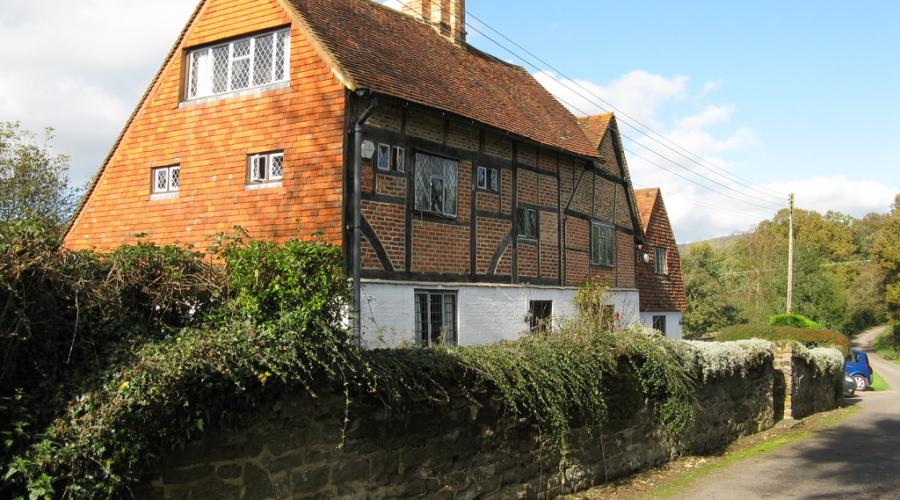 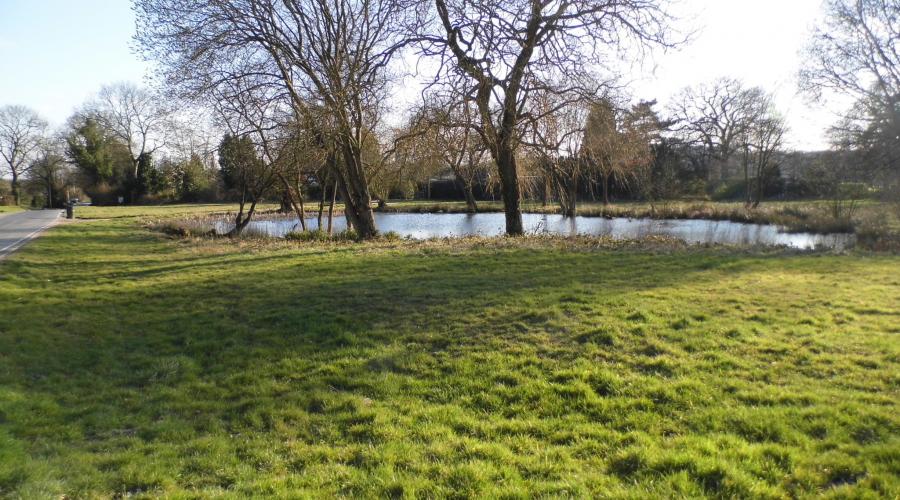 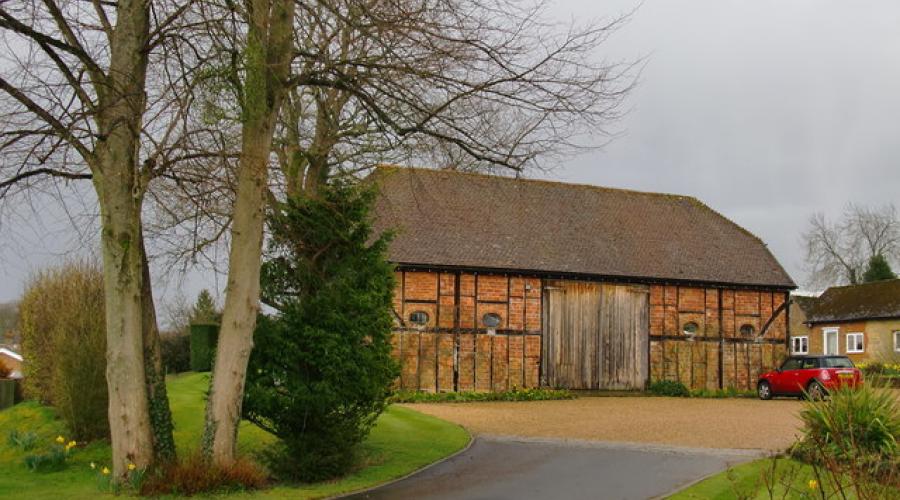 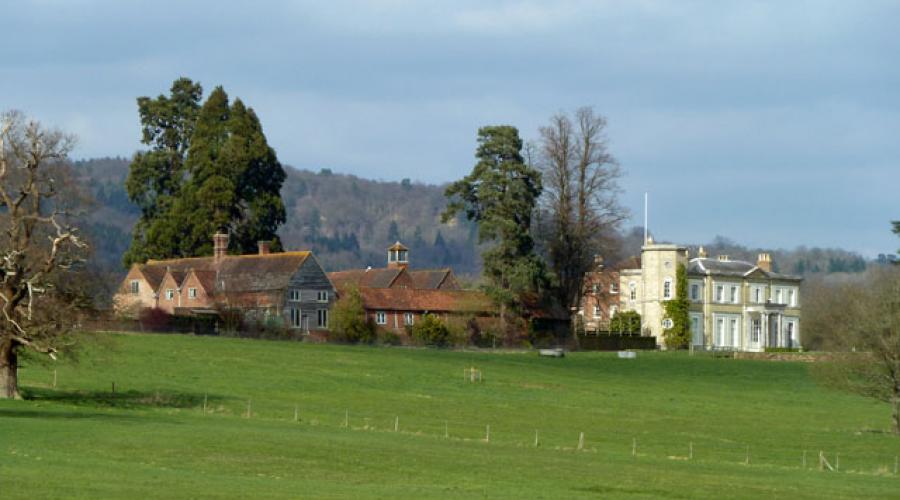 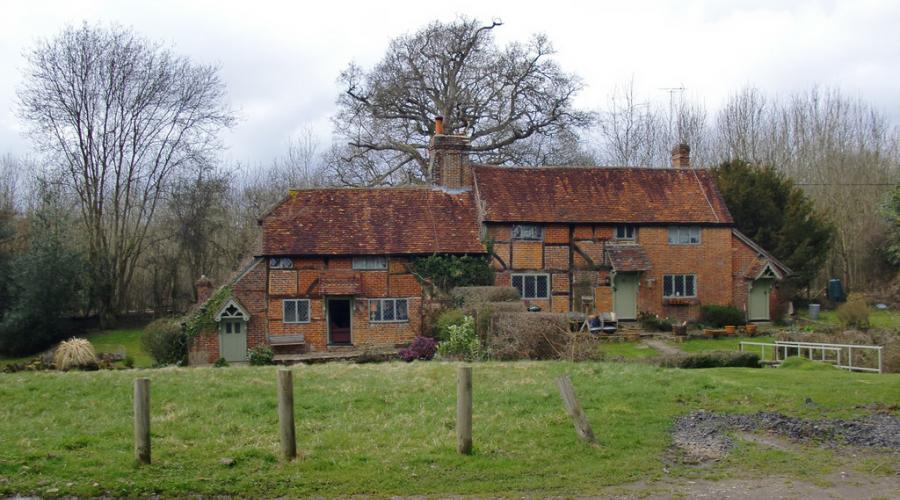 Well-fitting, waterproof walking boots are essential as thre will be some mud despite the tarmac trails we'll mostly follow.

We're booked to have a pub lunch at The Bull's Head in Ewhurst. Please have a look at the menu and tell me what you'd like to eat so that I can get a pre-order together to save time at lunchtime. If you'd like to bring a packed lunch, that's fine too.