Your price
£12.50
Easy Moderate Very Hard
The walks is just under 12 miles in length, with four gradual climbs.

Devil’s Dyke, owned by the National Trust, is the longest, deepest and widest ‘dry valley’ in the UK. This means that, because of the permeable chalk, there are no visible watercourses. It was formed in the last age just over 10,000 years ago. It is named because of the legend which has it that it was dug by the devil to drown the parishioners of the Weald.

It is only five miles north of Brighton and as that seaside resort, which is visible from adjacent hills, became more popular, so did the Dyke itself. In the nineteenth century they built a funicular railway and the UK’s first aerial cable car to bridge the chasm of the valley. The remains of the Victorian funfair can be found close to the car park.

Devil’s Dyke, Saddlescombe Farm and Wolstonbury Hill are all owned by the National Trust: https://www.nationaltrust.org.uk/devils-dyke This link tells you much about these places.

The farm nestles between the Dyke and Newtimber Hill, one of the finest examples of chalk grassland in the country, which is full of rare flora and fauna and has the tallest native tree in Britain, a beech standing 44m tall at about 200 years of age. We probably won't see it because I haven't found it yet!

Our walk will take us south initially, following the railway line until we reach Clayton, where there is an interesting house constructed directly over the entrance to the rail tunnel under the Downs. We continue up and then down again to Pyecombe where we cross the A23 and join the South Downs Way. From there we climb over West Hill and then descend to the hamlet and farm of Saddlescombe which is a historical but still working farm and where we may stop and explore for a while. We shall also visit the café there.

From here we start to ascend the Downs properly, pausing at a viewpoint for glimpses into the Dyke itself. After that we head for the Devil’s Dyke car park, pub and expansive vistas in all directions. From here you can see Butser Hill, the highest point on the South Downs, Chanctonbury Ring, the Isle of Wight, Blackdown, the North Downs, Ashdown Forest and many other places. It is incredible and at the same time there are usually numerous kite gliders launching themselves off the steep north slope. We shall spend as long as we need to up there.

When we eventually tear ourselves away from this gloriousness, we will descend into the Dyke itself and walk right down it until we eventually reach the village of Poynings below. From there we journey eastwards, passing Newtimber Church, crossing under the A23 and then walking uphill to get to the top of Wolstonbury Hill, a strange and unexpected protuberance to the north of most of the Downs. After this we descend to a short return walk to the start point. There is a pub right next to Hassocks station, if required.

Dogs are very welcome on my walks and my Labrador is always with me. Please note that you should keep your dog on a lead if livestock are present. Remember that there is no ground water on the Downs for dogs to find, but there is a grubby pool which they can access just before we reach Poynings.

Photos: all photos were taken by the leader of the walk. 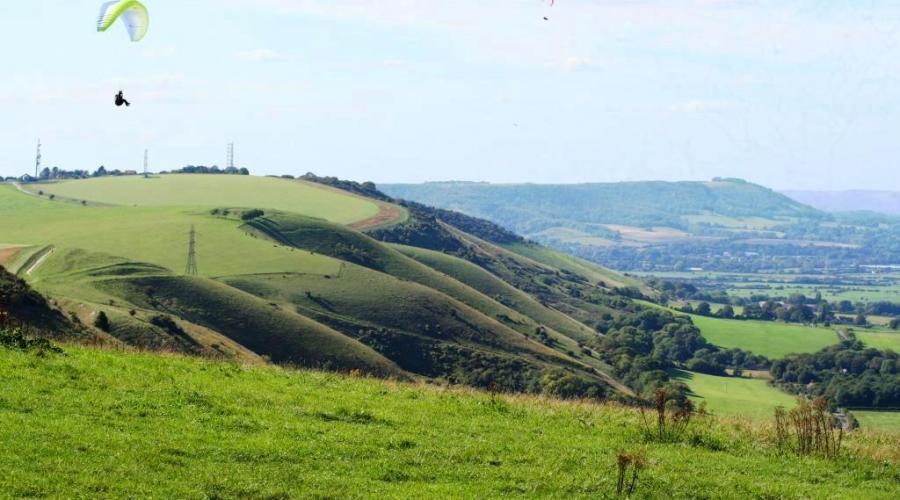 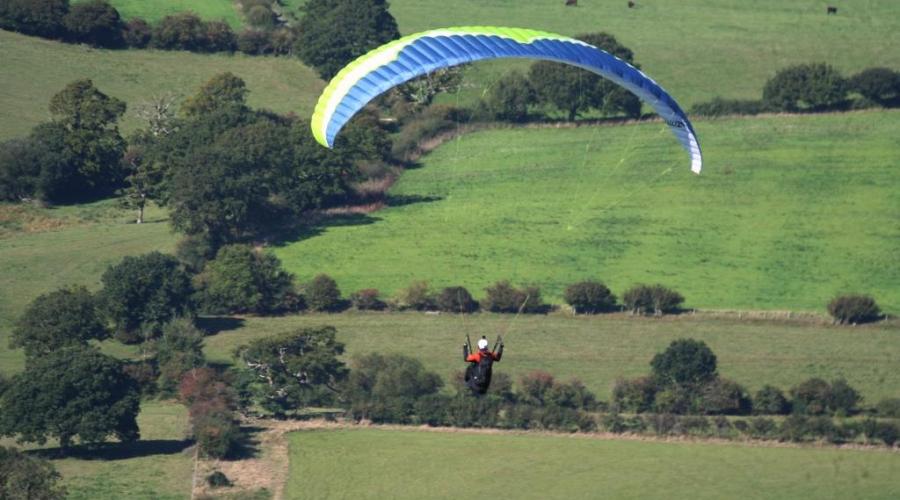 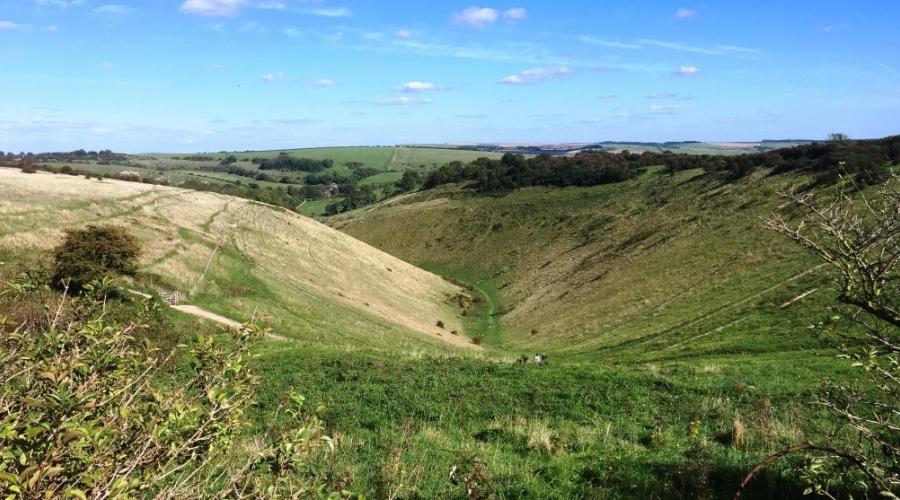 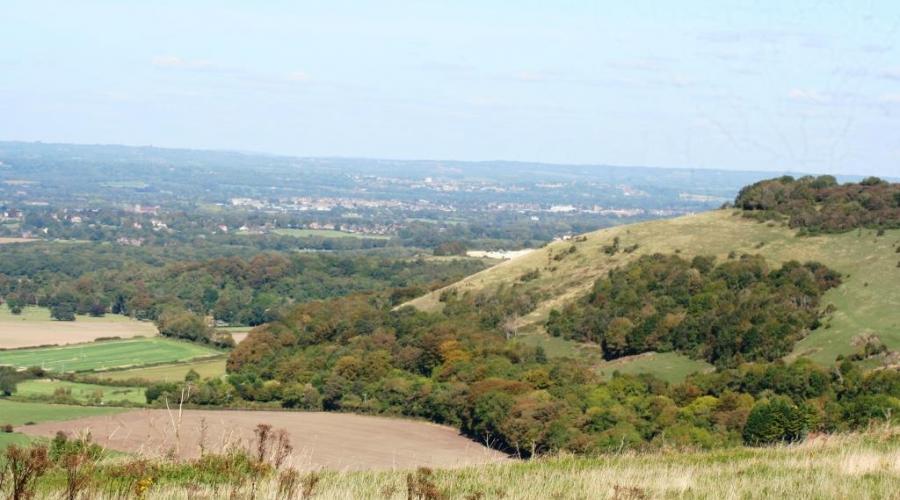 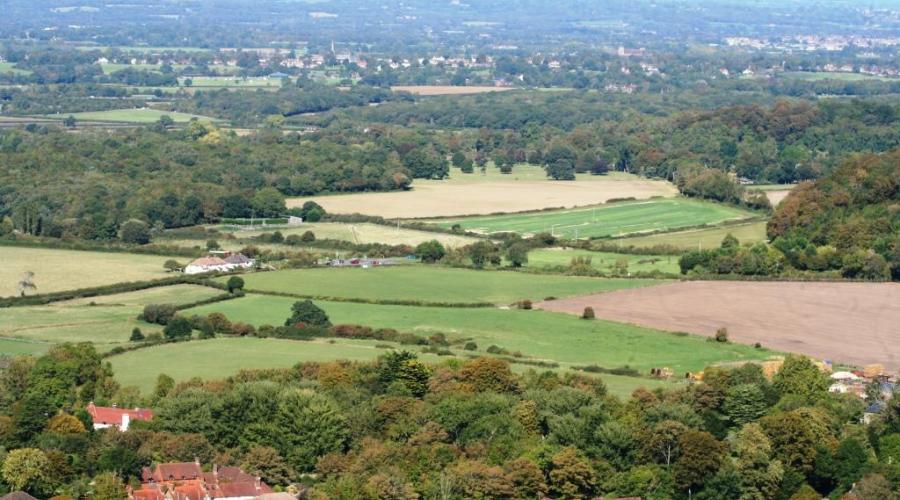 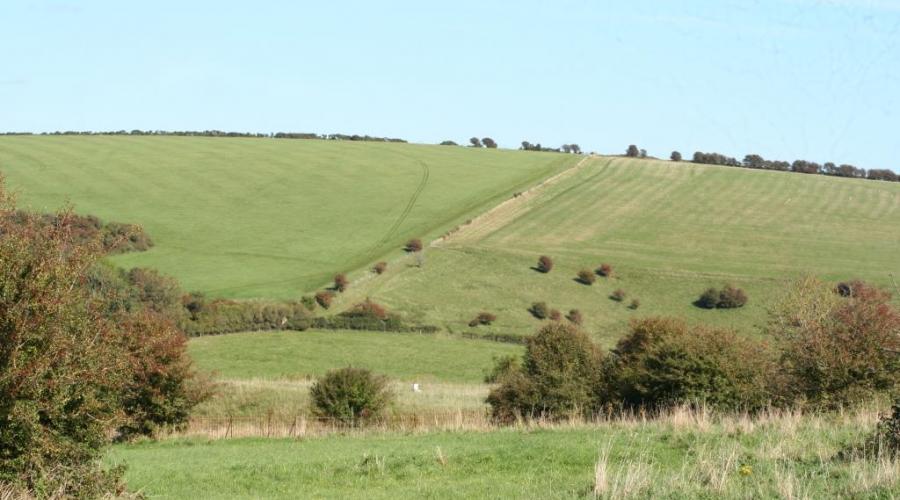 Please come prepared for whatever you think might occur in early Autumn. Be aware that the weather can change quickly and dramatically, particularly on the more exposed parts of the Downs and there isn't always shelter when this happens. Walking boots essential; trainers aren't tough enough and I suggest that you carry waterproofs just in case.

Please bring a packed lunch which we will hopefully eat above Devil's Dyke by the pub in case additional lubrication is required! This will be at or near the highest point of the walk so we don't have to go uphill straight after lunch. There are trees to provide some shelter there.

Ideally, please bring your food with you as the shops aren't great at Hassocks and there are none on the route.

We will stop for a pre-lunch coffee or cold drink at the café at Saddlescombe Farm.

Don't forget to bring plenty of water or whatever you wish to drink.