The title refers to King Charles III’s remarks on meeting a prime minister, and we are likely to encounter deer, runners and a few tourists on this walk through the surprisingly wild but accessible parks at Bushy and Hampton Court with their royal history, including that of another King Charles. Despite being so close to London, this will be a mix of picturesque parkland and easy walking, which may be perfect for a winter’s day.

Bushy Park: London’s second largest park (over 1000 acres) includes red and fallow deer, waterways from Tudor times which fed the canals and fountains of Hampton Court (which we’ll see from a distance) and the stately Chestnut Avenue designed by Sir Christopher Wren. The most notable features of the park include the Diana Fountain with statue designed as a gift from Charles I to Henrietta Maria, part of the Longford River (an 12 mile artificial canal) and the more genteel Woodland and Water Gardens, which were restored at a cost of around £7m.

Hampton Court Home Park: veteran trees, lime tree avenues and roaming deer mark this often overlooked park enclosed by Cardinal Wolsey and the site of Henry VIII’s hunts. The Long Water was built for Charles II and Catherine of Braganza in 1660 and affords a Versailles-like view of the Palace, linked to the water features in Bushy Park. Boats in the shape of swans greeted the Queen and the park is home to the famous Flower Show in summer, but we’re more likely to encounter a few balls as we skirt the golf course.

Thames Path: 184 miles long, we’ll sample a short stretch at the bend of the river on the north bank of the Thames away from Hampton Wick/Kingston, opposite Thames Ditton’s pubs to Hampton Court.

Hampton Court Palace: Unlike all of Henry VIII’s six wives, we won’t visit today but we’ll see the baroque facade built by Sir Christopher Wren for William III and Mary I, and the ornate chimneys and red brick gatehouse leading to Henry VIII’s Tudor palace. We’ll also be afforded a close up view of Jean Tijou’s ornate iron screens on the walk.

I love having dogs on my walks and this walk is ideal for them, although both parks have deer and there will be a couple of short stretches on roads  to walk along with plenty of traffic. Therefore, I recommend dogs are kept on their leads.

Please note that the route does not include Hampton Court Palace or gardens. You won’t have time to visit on the day - save these for another day as they take several hours with admission charges applicable.

From Hampton Court station, we’ll go north over the bridge passing the Tudor facade of the Palace and entering Bushy Park. In the Park, we will see the Diana Fountain, cross the Chestnut Avenue and enter the Woodland Gardens going west, following the Longford River and parkland north to the Water Gardens. We’ll then loop back southeast for an early lunch near the Pheasantry Cafe.

After lunch, we’ll continue east through the parkland and exit Bushy Park with a short interlude crossing over at Hampton Wick into Home Park. In Home Park, we will track southwards through the flat parkland with a view over the Long Water canal before joining the Thames Path.

The Thames Path will lead us back to Hampton Court Palace and over the bridge where there will be time for a pub stop in Hampton/East Molesey village before returning to the station. 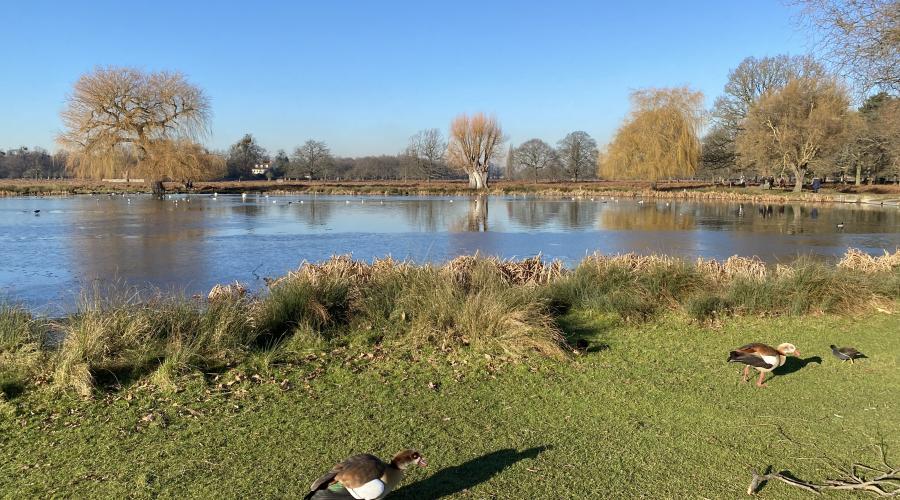 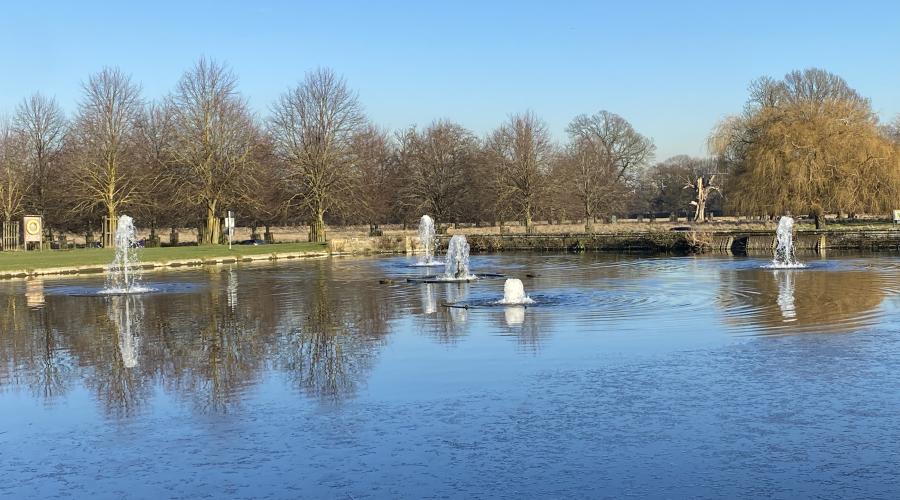 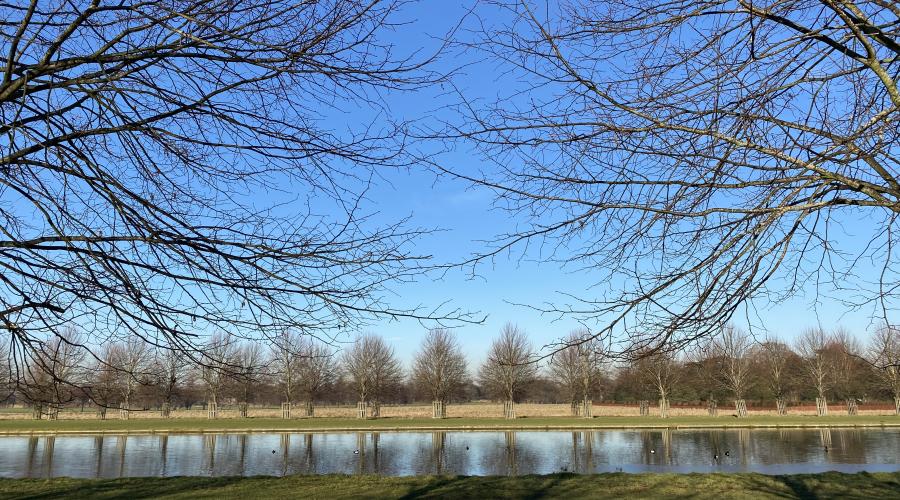 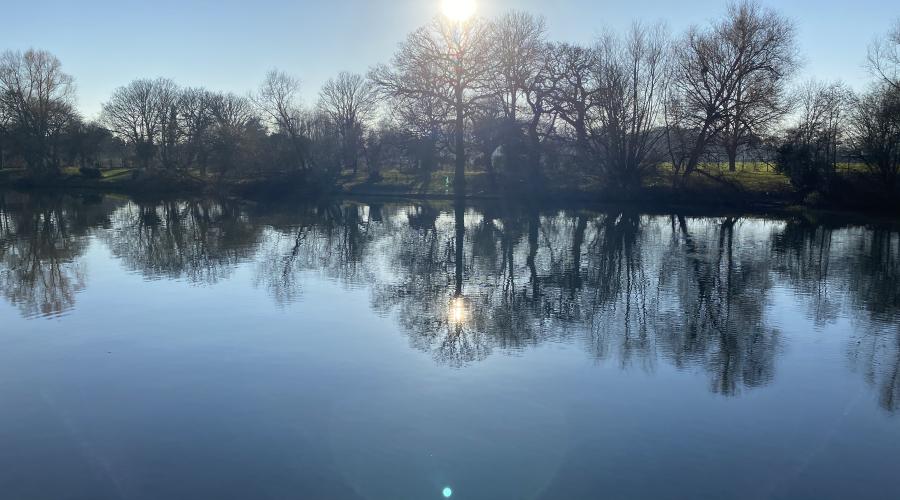 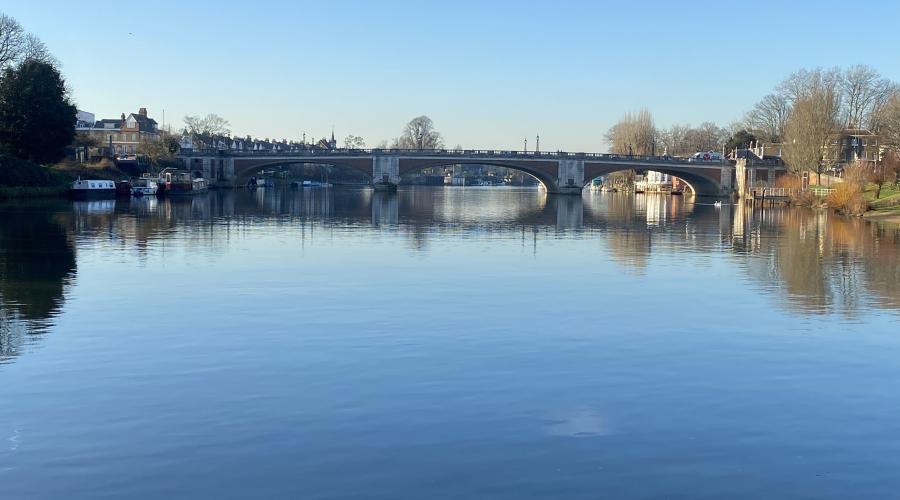 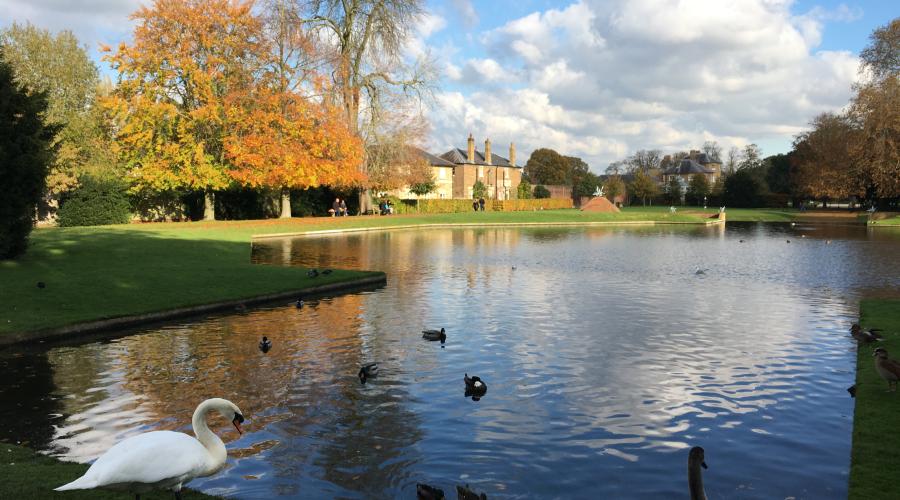 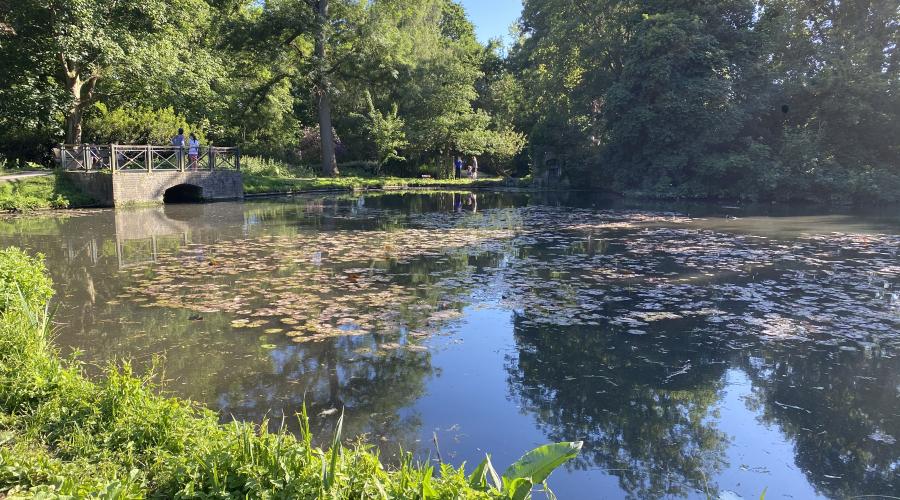 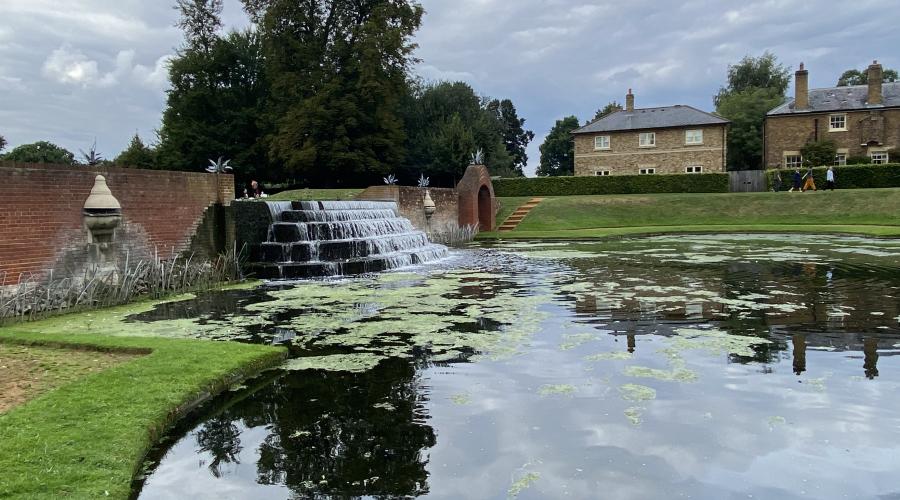 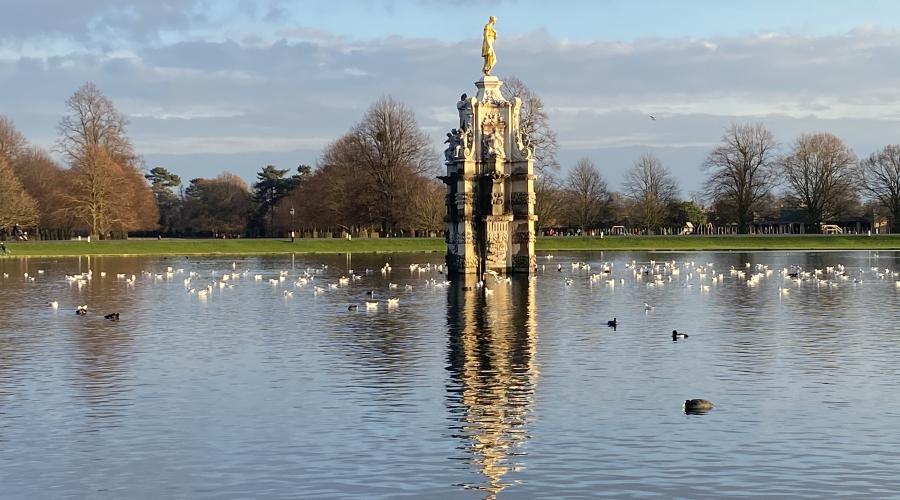 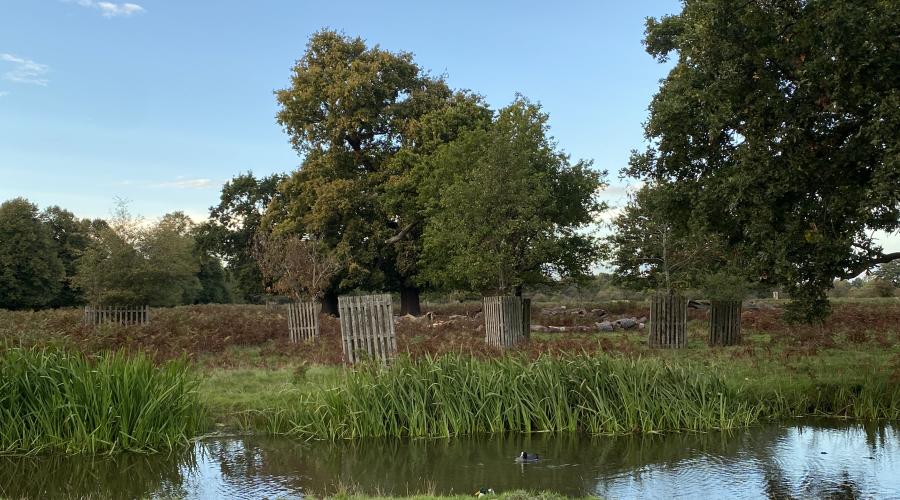 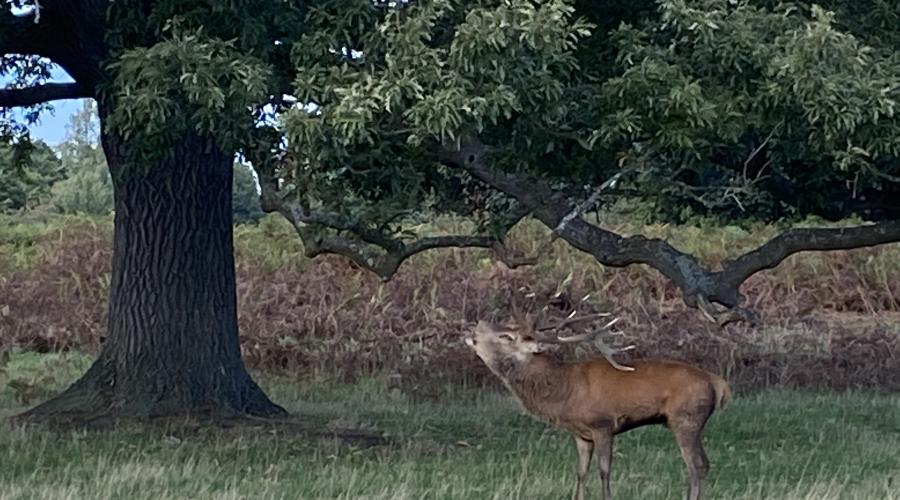 Wear walking boots or waterproof shoes. Bring or wear a coat if rain is forecast. Avoid wearing jeans as they become heavy and chafing when wet.

You will need a packed lunch, and plenty of water and snacks to see you through the day. We will stop for a picnic lunch in the Woodland Gardens close to the busy Pheasantry Cafe at Bushy Park (where you can buy drinks - but in the interests of time I recommend you bring lunch) and for your own comfort you may wish to bring something to sit on.

You may be able to buy something at the Diana Fountain coffee kiosk (near start) or Pheasantry cafe (early lunch) (both in Bushy Park) or Pistachio cafe (mid way) before Home Park. We have time for a drink near Hampton Court station at the end, such as in the Prince of Wales pub.

Toilets should be available in Bushy Park - near the Diana Fountain and at the Pheasantry Cafe.