Autumn in Arcadia: Parkland and Pasture in the High Weald

Arcadia, a mountainous, secluded region of southern Greece, has had its name taken for all sorts of would-be pretty places. The loveliness of Arcadia's landscape and the indolence and innocence of its inhabitants might find a remote resemblance in this part of the High Weald where, unlike, say, Ashdown Forest, the land is lower and the terrain is tended. And while centaurs and satyrs and nymphs and shepherds might not show themselves, the woods and wolds and parks and pastures, dotted with follies, ruins, lakes and gardens (national trails will take us right by the gardens of Borde Hill and Nymans) should back-up my belief that this is a lovely locality in which to go for a walk.

Borde Hill: The house was originally from 1598 but after it was acquired by Colonel Robert Stephenson Clarke in 1893, much was rebuilt in 1912. Stephenson Clarke sponsored plant collectors to acquire specimen plants from around the world, which were planted in the garden and in the parkland. The parkland is grade II* listed. In autumn, acers, cornus, beech and oaks should give a rich display of colour. The High Weald Landscape Trail runs right through the park allowing it to be seen at close quarters.

Staplefield: The village is just a few houses around a huge green. St Mark's Church is simple, 1847, but the William Morris-style wall paintings in the chancel are pretty. The gardens at the C18 mansion of Tyes Place include some follies such as a tetrastyle Tuscan portico.

Nymans: The house is 1925-30 but cleverly replicates a major manor house of C14 to C16. It was severely damaged by fire in 1947 which rendered most of it uninhabitable. The ruins are now a backdrop to the splendid gardens. The National Trust website states: 'walk along tree-lined avenues while surrounded by the lush countryside of the Sussex Weald. The adjoining woodland, with lake and bird hides, has plenty of opportunities to spot wildlife.' The Sussex Ouse Valley Way footpath passes through the woodland but not near the famous gardens.

Handcross: A cheerful, mostly Victorian village on the Brighton Road, bypassed by the A23 in 1959.

Slaugham: ("Slaffam") A well-preserved place. The church faces a small triangular green which funnels, narrowing, up to the cottage-lined street that feeds into Slaugham Park. St Mary's Church is C13 with a spacious interior, C12 font and C16 wooden panels of saints. The tower top is Victorian. Slaugham Place is a ruined Elizabethan house we'll see at a slight distance, the ruins providing structure for a garden.

Cuckfield: An unspoiled village sitting atop a hill and with many fine buildings such as Old Vicarage (Georgian), The Sanctuary (Tudor) and Grammar School (Jacobean). Holy Trinity Church is a spacious C13 building with an elegant shingled broach spire. The nave roof was painted in C15.

We'll follow the suburban Balcombe Road north out of Haywards Heath which becomes Bordehill Lane. At Borde Hill we'll then pick up the High Weald Landscape Trail west through Borde Hill park. At Brooke Street we'll follow Spark's Lane further west, before turning north to pick up the Sussex Ouse Valley Way to Lake Hart where we'll veer west again and pick up Brantridge Lane to take us to Staplefield. At this village we'll use the Sussex Ouse Valley Way to go to Handcross through Nymans, then the High Weald Landscape Trail south to Slaugham. After lunch at Slaugham we'll use footpaths and bridleways going southeast under the A23 picking up Mallions Lane south, then Sloughgreen Lane east, then Broxmead Lane south. We'll then use the High Weald Landscape Trail to go east to Cuckfield where a footpath and suburban streets will take us back to the centre of Haywards Heath.

I love having dogs on my walks and this walk is very suitable for them, although they may not be welcomed in the tea shop in Cuckfield if we stop off there. There will  be some fields with sheep and horses and some stiles and roads to negotiate. A dog off its lead must be obedient.

(Picture credits: Banner image is The Parkland on the Approach to Borde Hill Garden by Tony Hammond (image cropped top and bottom), which is licensed under Creative Commons CC BY-NC-SA 2.0; the other images are: Path, Nymans Woods by Robin Webster; Borde Hill House by Simon Carey; Sussex Ouse Valley Way north to Sidnye Farm by Dave Spicer; Folly in the grounds of Tyes Place by Andy Potter; House, Staplefield, East Sussex by Christine Matthews; Fish Pond by don cload; An August visit to Nymans by Basher Eyre; View over Slaugham Park by Peter Jeffery; Old Cottages, Slaugham by Colin Smith; Ruins of Slaugham Place by Sally; Footpath towards Staplefield Common by Robin Webster; Mallion's Lane by Peter Jeffrey; High Weald Landscape Trail by Chris Thomas-Atkin; Cuckfield High Street by Kevin Gordon, which are all attributed to their copyright holders and are licensed for re-use under Creative Commons BY-SA 2.0.) 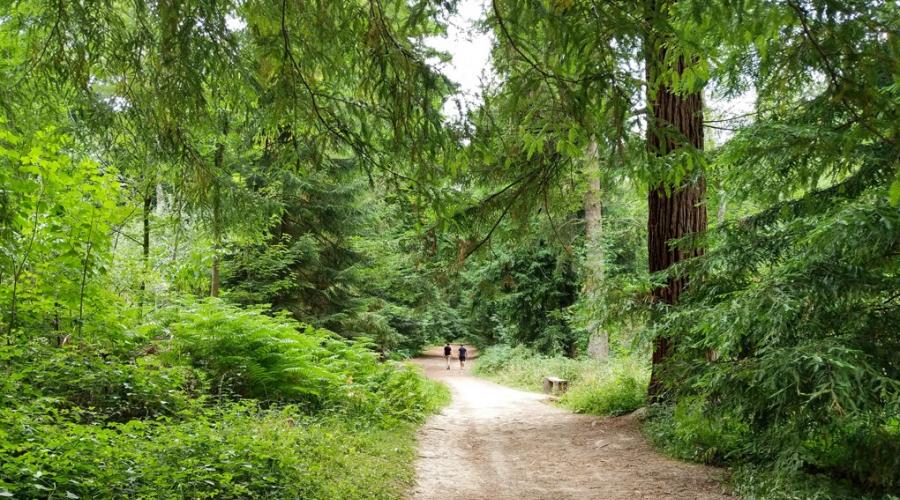 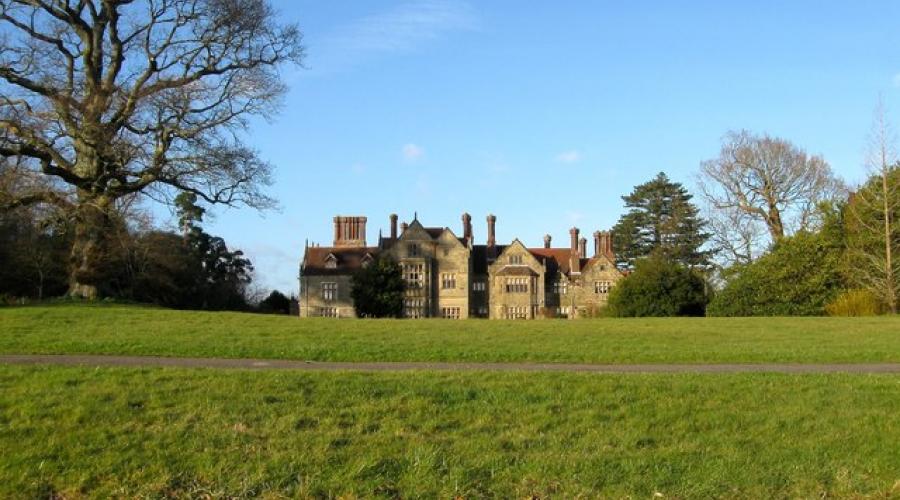 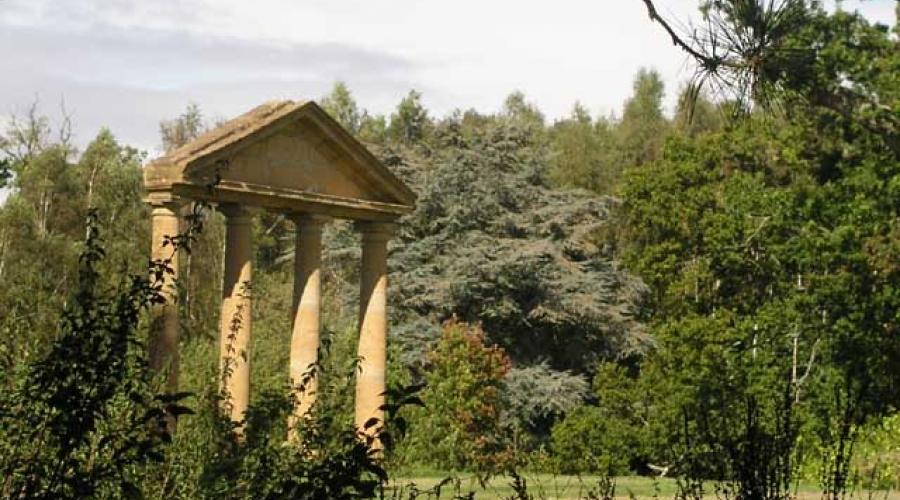 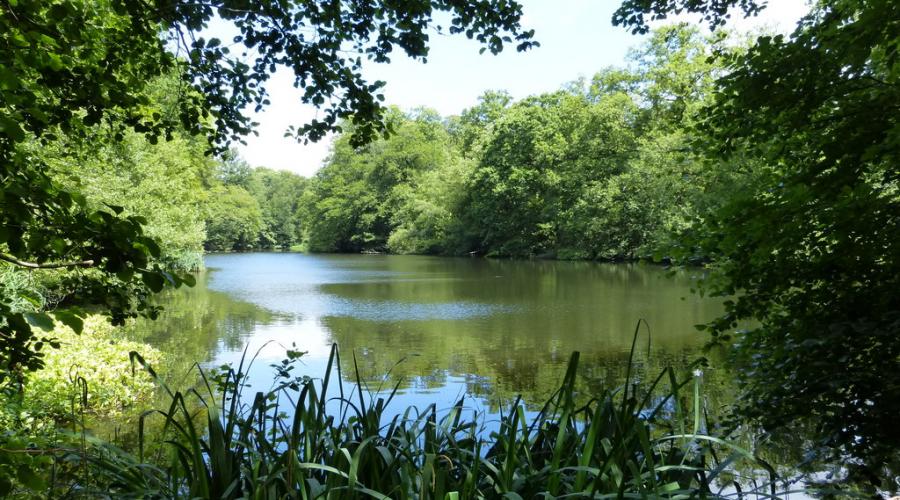 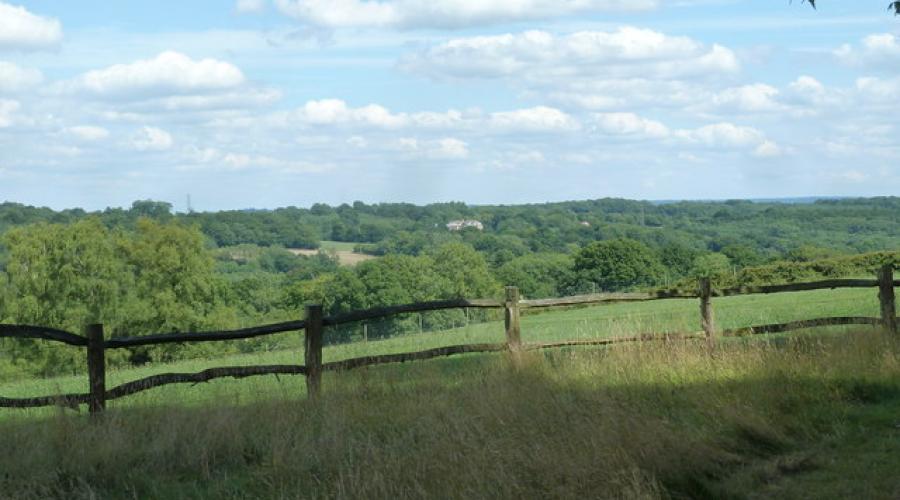 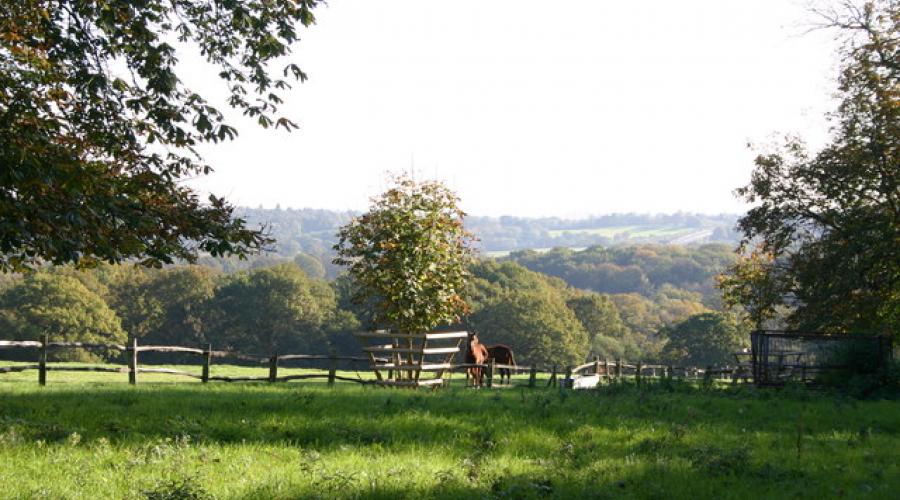 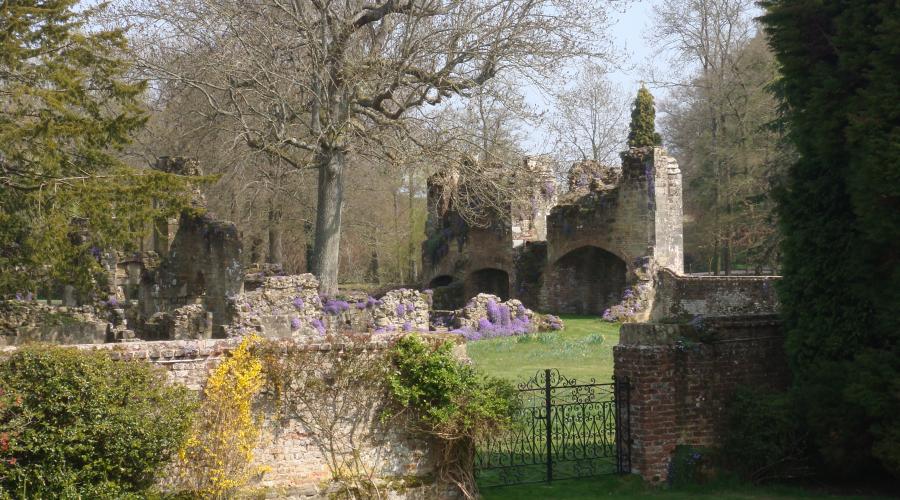 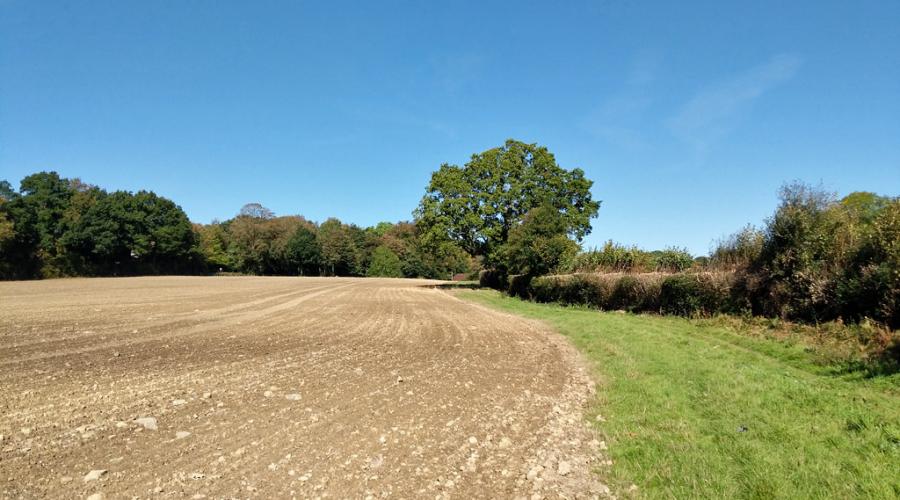 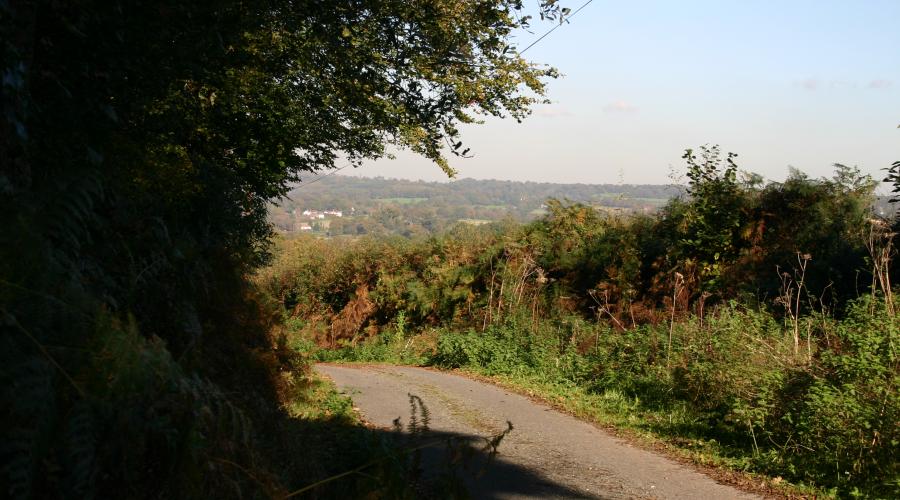 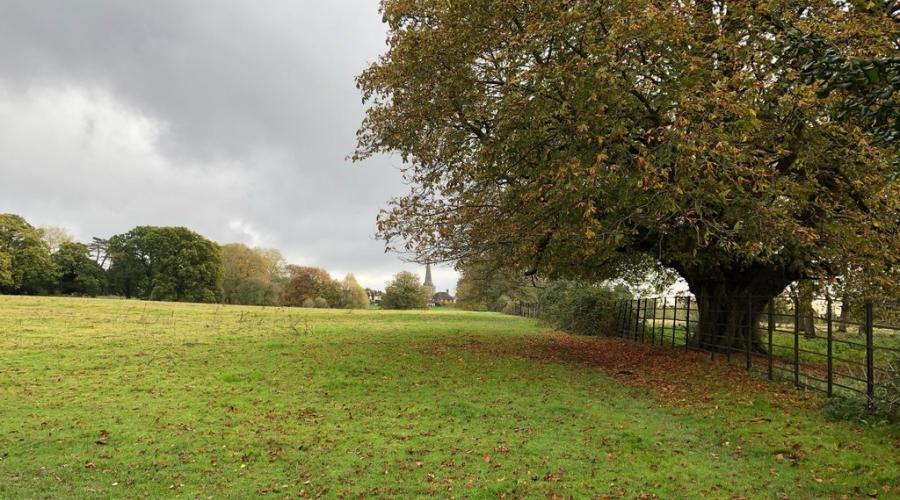 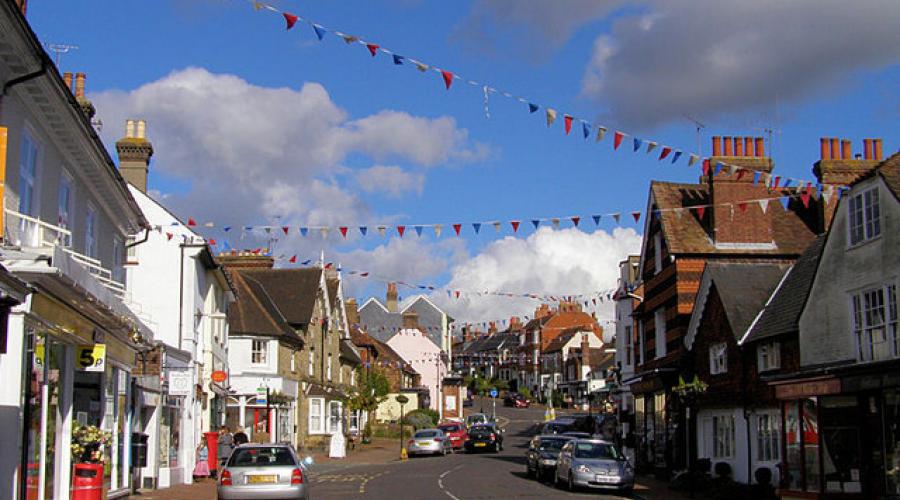 Walking boots are essential to cope with the hilly terrain. Wear clothing appropriate to the weather including a raincoat and even waterproof trousers if rain is forecast. Avoid wearing jeans as they become heavy, cold and abrasive when wet.

Please bring a packed lunch and plenty to drink (around two litres depending on the heat of the weather). We could stop at the tea shop at Cuckfield on the way back and a pub at Haywards Heath at the end.