Your price
£12.50
Easy Moderate Very Hard
Distance is 22 km (13.5 miles); total ascent is 459m; terrain is quite hilly but flat after lunch; surfaces are dirt, sand, grass and tarmac.

This walk will take a little time to get going, but when it does, a mile or so out from run-down Redhill, you'll be realising that we're somewhere rather special. Most of the walk will consist of us savouring the Wealden views and villages that line up along the wooded greensand ridge. A little of the walk towards the end will consist of us crossing a disjointed landscape of sand and gravel quarries, but they are at least well-screened from the prosperous villages and pretty houses. These houses include a medieval hall house, a Tudor gatehouse, a Jacobean manor house, a Georgian townhouse (in the country), some Tudor-revival almshouses and a plethora of timber-framing and tile-hanging.

Bletchingley: Quite a show village. Around 90 buildings of historic value along the A25. St Mary's Church is impressive perpendicular gothic dating from the 11th, 13th and 15th centuries, overworked by some of the 19th century's best gothic revival architects (Butterfield, Street, Pearson). Memorials include some small Tudor brasses and a tablet of 1809 with a ship and an elephant to a member of the East India Company. The showpiece is the monument to Robert Clayton (d. 1707) who controlled the rotten borough of Bletchingley's two MPs and became Lord Mayor of London. The monument is extravagant Queen Anne baroque. He, his wife and his infant son are shown over life-size beneath a huge pediment. Bletchingley Castle is just a few inaccessible and overgrown masonry fragments but the site offers a superb view.

Church Town, Godstone: Where the church is. St Nicholas is mostly 19th century. Old Pack House is exceedingly pretty with gables and jettied wings. A nice group of houses including one with chequerboard brickwork, but the chief domestic building is St Mary's Almhouses, 1872, by George Gilbert Scott (architect of St Pancras Station). Very picturesque, timber-framed. Chapel is neo-Norman with a domestic-looking fireplace and an altar studded with semi-precious stones.

Godstone: Stretching along the Eastbourne Road with a fine green, unspoiled by the heavy traffic. We'll have lunch in The Hare and Hounds pub on the green.

Brewer Street, Bletchingley: Brewer Street Farmhouse is 15th C with close timbering ('post and pan'), high hall, Horsham slate roof. Place Farm is a Georgianised fragment of the gatehouse to Bletchingley Palace where Anne of Cleves lived after the annulment of her marriage in 1540 to Henry VIII. Old Rectory is a very handsome rebuilt 18th C house.

Pendell: Not a village but three houses of interest. Pendell Court is Jacobean, 1624, now the main building of Hawthorns School. Pendell Manor House is an elegant brick house of c1730.

Nutfield Marsh: A hamlet on a rough green. Leather Bottle Cottage is a tiny unrestored 17th C house. We could have a drink at The Inn on the Pond.

I love having dogs on the walks I lead and this walk is very suitable for them, although there are four stiles, lanes to walk along and roads to cross. There are abundant fields and woods in which the dog could be off the lead and very few fields with livestock (just horses as far as I could tell). A dog off the lead must be obedient.

We'll follow the A25 (there's a pavement) and then Philanthropic Road out of Redhill. Heading in the same easterly direction along Hogtrough Road and Sandy Lane we'll hit the Greensand Way which will take us to Nutfield. Paths heading eastwards and crossing Cooper's Hill Road will lead to an underpass with the M23. We'll then ascend castle mound into Bletchingley and have a quick look around the village. We'll then head south down Outwood Lane and pick up the Greensand Way again which will take us to Tilburstow Hill and Common which we'll cross and follow Church Lane to go to Church Town in Godstone, then Godstone itself. After lunch we'll walk a little way along the A25 heading west (again, there's a pavement) and then veer northwest then southwest along footpaths and gallops to pick up Church Lane and Place Farm Road to go to Brewer Street. A footpath heading west will bring us to Pendell and Pendell Road. Soon after that we'll cross under the M23 and follow footpaths beside quarries to Nutfield Marsh. Chilmead Lane will take us westwards to the edge of Redhill where a walk down Cavendish Road will return us to the station.

(Picture credits: Path back to Car Park, Tilburstow Hill by Richard Rogerson; Farm near South Nutfield by N Chadwick; The Pond, Godstone Green by Ian Capper; Bletchingley, Church Walk by Michael Garlick (images licensed for reuse under Creative Commons). All other photos taken by the leader in October 2019 and February 2020.) 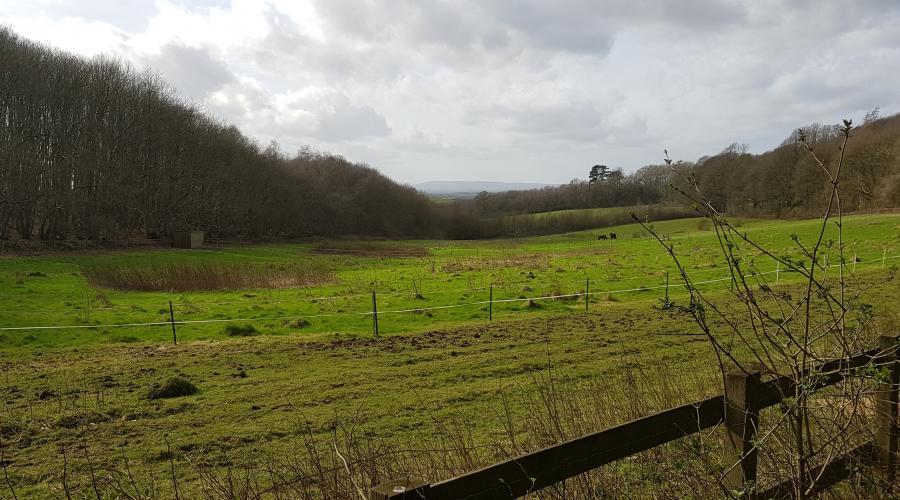 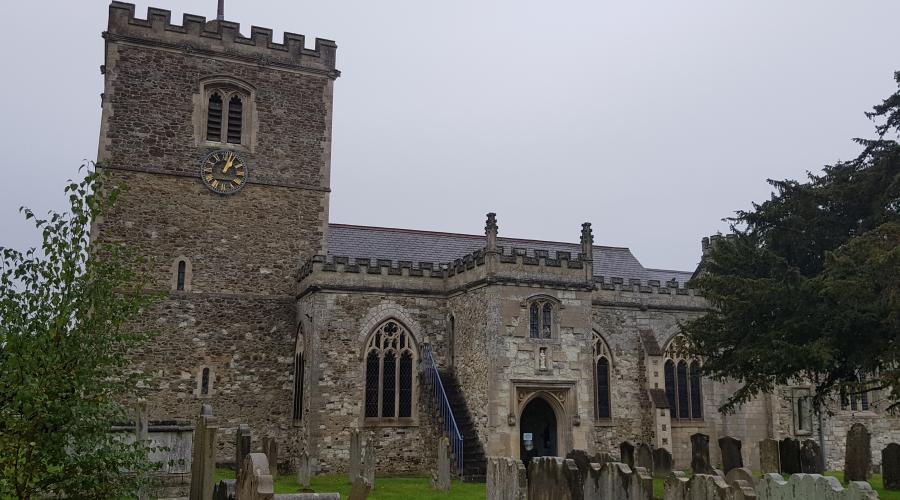 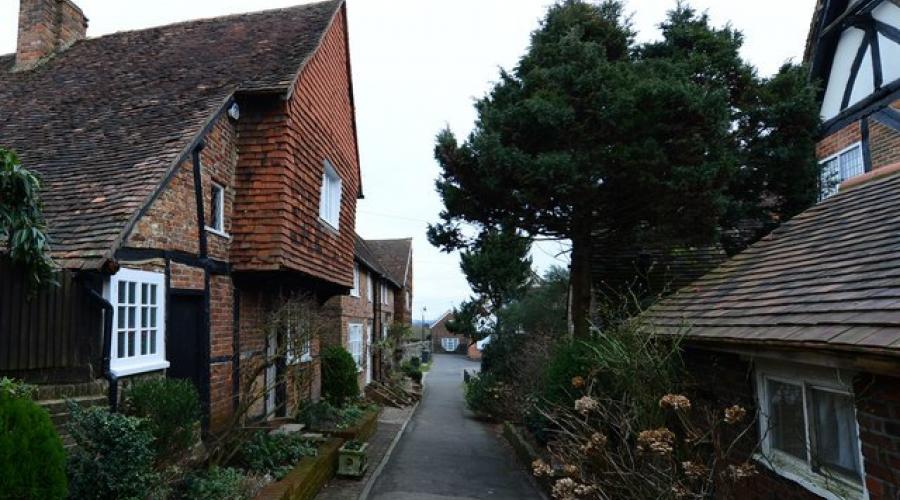 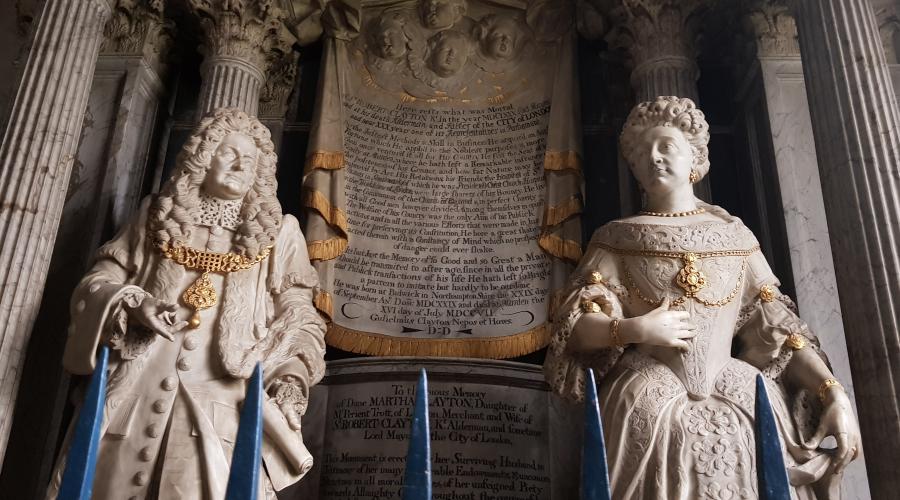 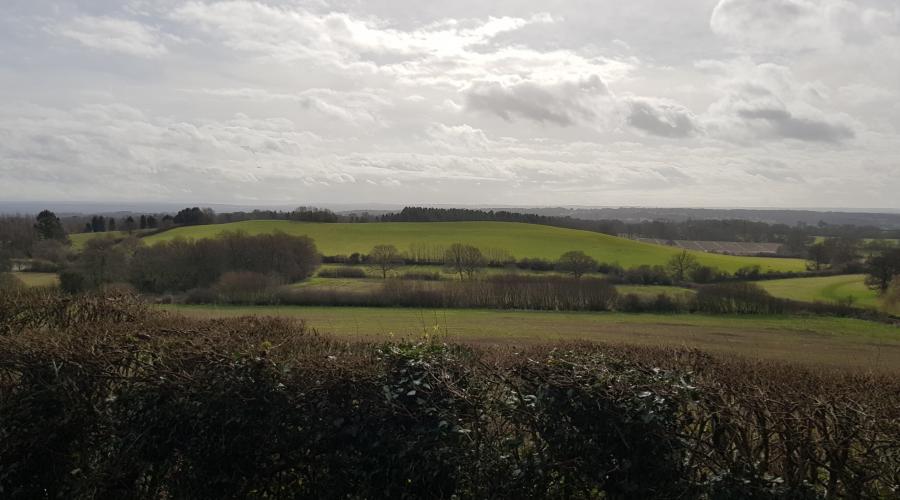 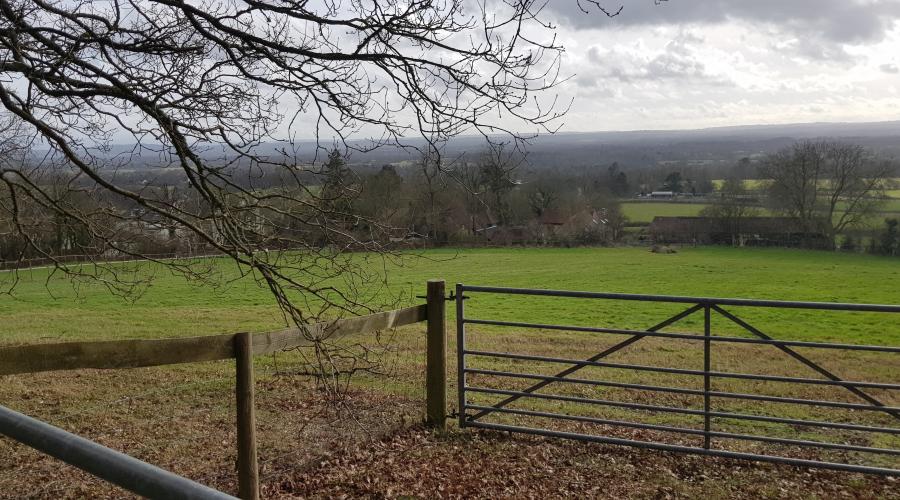 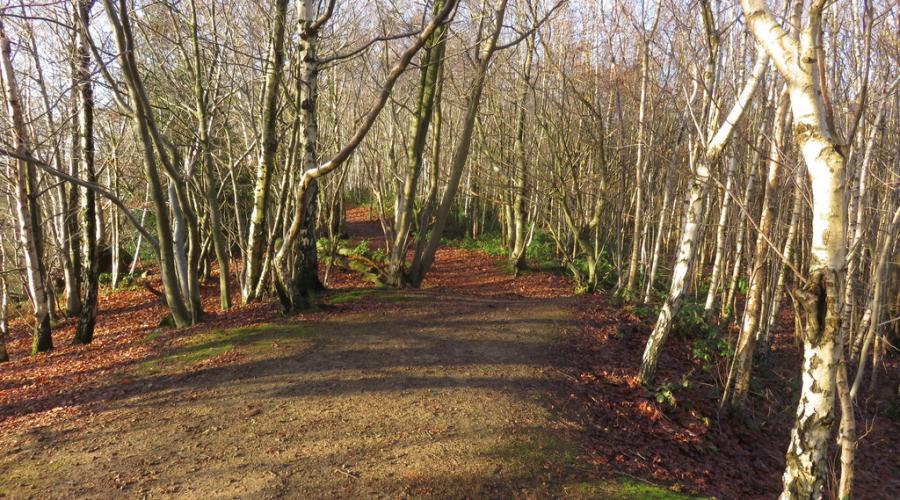 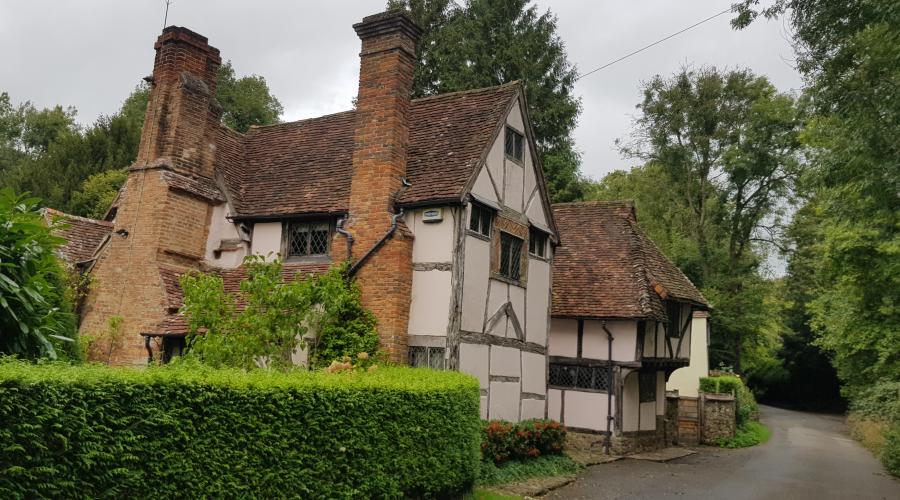 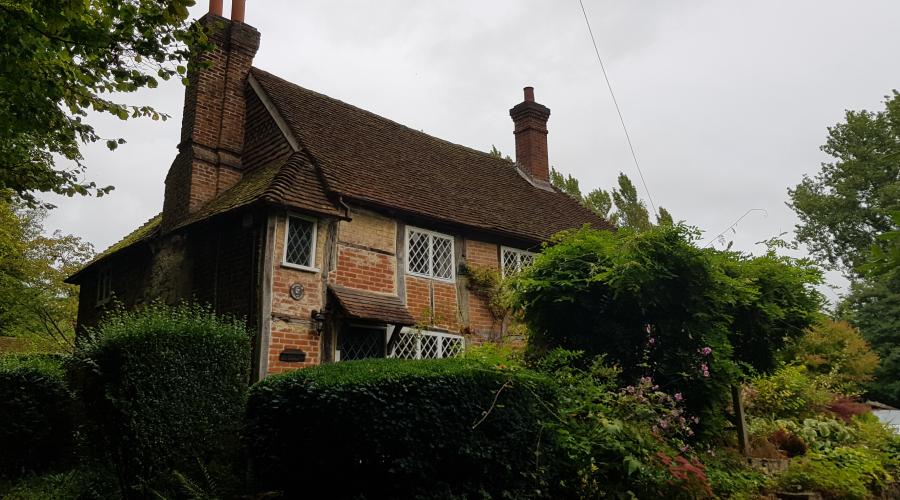 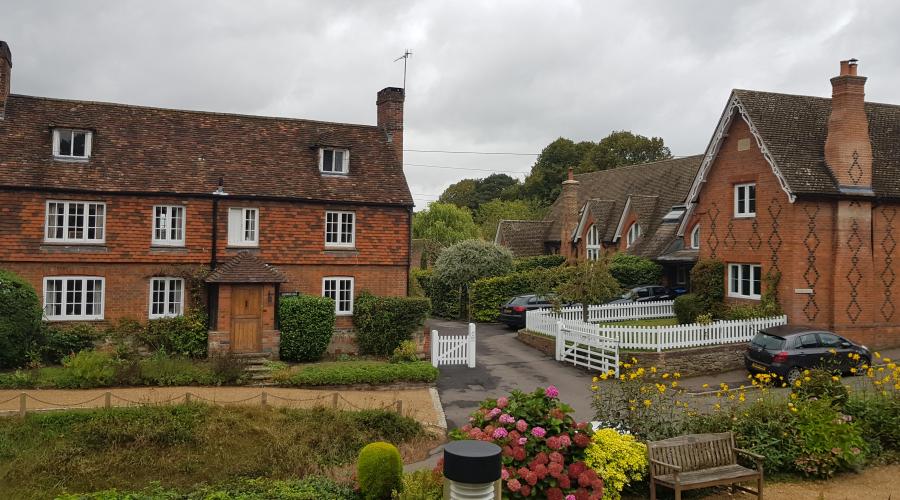 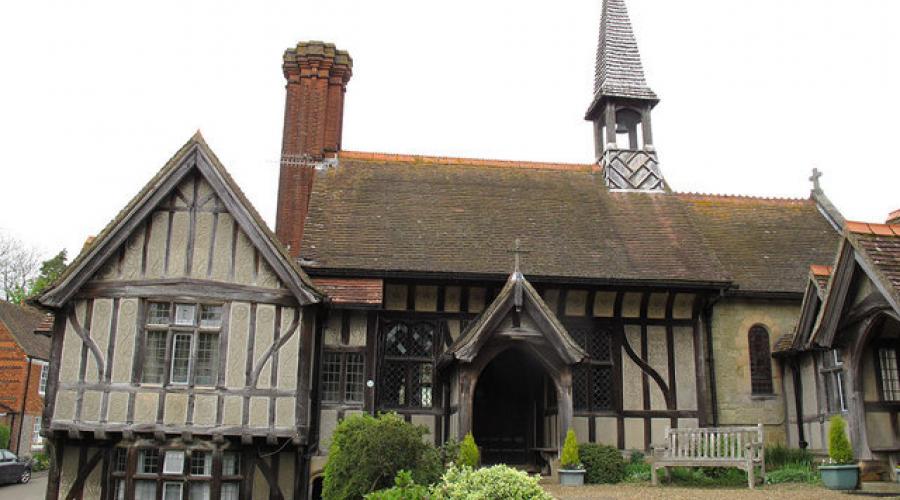 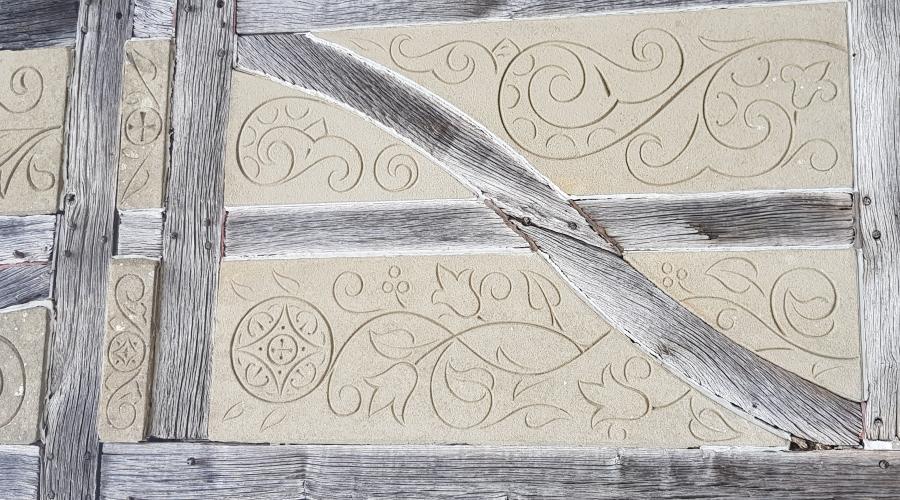 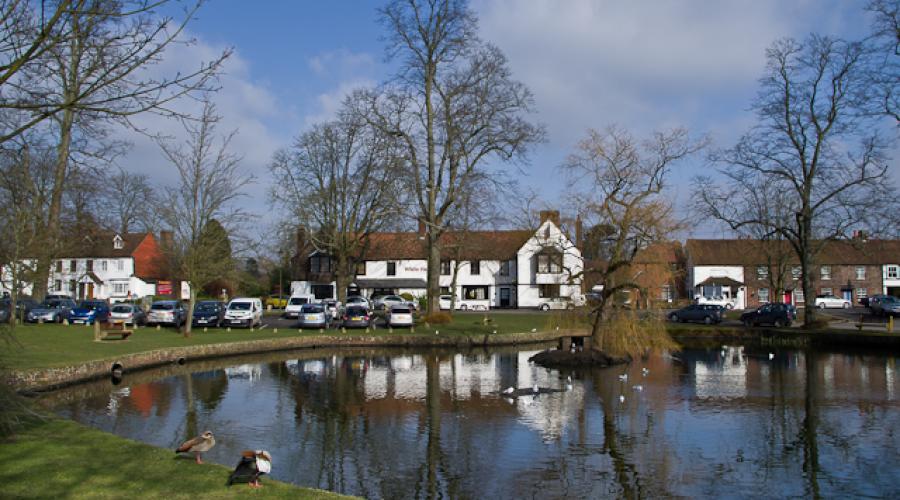 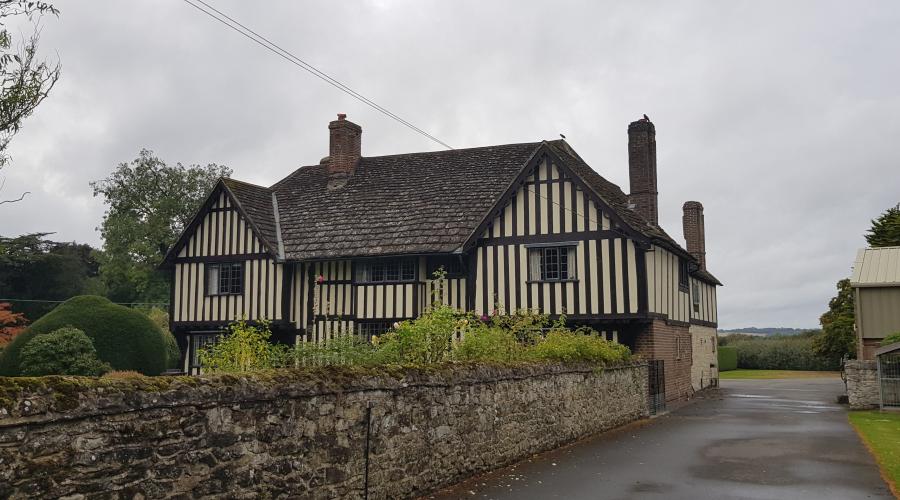 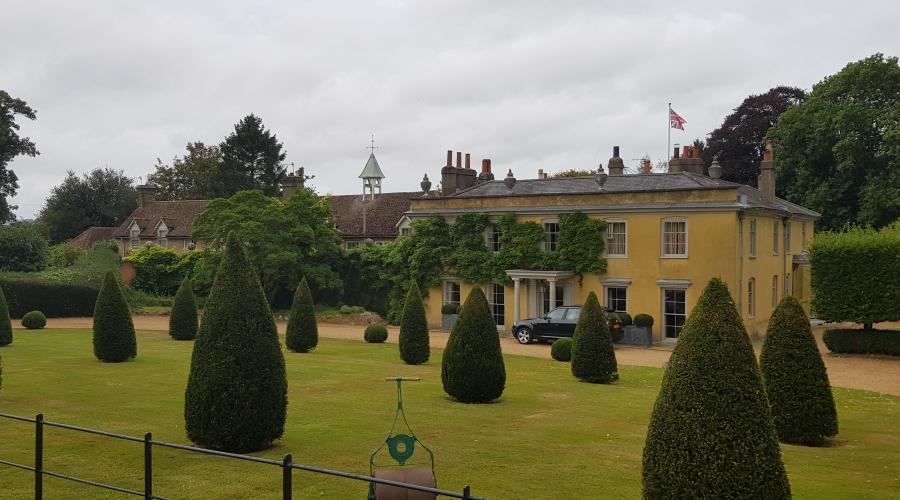 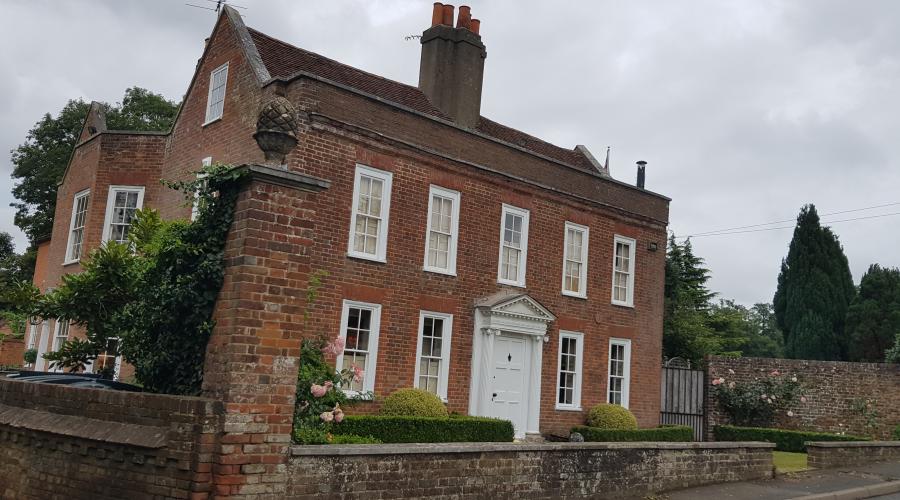 Well-fitting, waterproof walking boots are essential as there will be some mud despite the tarmac trails we'll mostly follow.

We are booked to have a pub lunch at The Hare and Hounds at Godstone. I will collect your food order two weeks before the walk to get the pre-order ready. If you want to bring a packed lunch, that's fine.

Lunch will be at late, at about 14.00, so bring snacks and drinks to have on the way.

40 minutes before our return to Redhill we'll have a drink at The Inn on the Pond.