POSTPONED - Sea Stacks and Strongholds: The Wonders of Wes..

Your price
£12.50
Easy Moderate Very Hard
Distance is 21 km (13 miles); total ascent is 536 m; terrain is very hilly in the central section of the walk; surfaces are dirt, grass and tarmac

The western tip of the Isle of Wight is almost an island in itself. The River Yar, which rises a stone's throw from formerly fashionable Freshwater Bay to the south and wends its way to pretty, yachty Yarmouth to the north, nearly parts the peninsula from the rest of the island. West Wight is famed for its dramatic coastline: the chalk cliffs of the southern side seem insuperable until they disintegrate into the jagged fragments of The Needles, while on the northern side, the chalk gives way to the showy, slumping sands of Alum Bay and its beach (accessible by steps or chairlift). West Wight is dotted with forts which will add interest and variety to the beauty of this holiday-in-a-day day walk.

Yarmouth: A small seaside market town, Saxon in origin but with a Norman grid road layout. Yarmouth Castle, built in 1547 by Henry VIII, is a gun platform to defend The Solent. The elegant Town Hall was rebuilt in 1763. In St James' Church there is a monument to the C17 admiral Sir Robert Holmes. He obtained it in a raid on a French ship, when he seized an unfinished statue of Louis XIV of France and forced the sculptor to finish it with his own head rather than the king's. Yarmouth Pier (Grade II-listed), opened 1876, is the longest timber pier in England (186m). You might like to explore the town more thoroughly at the end of the walk; it really is a lovely little place.

River Yar (Western Yar): Rising a few hundred metres north of the beach at Freshwater Bay, this runs north to Yarmouth. Freshwater Marshes and Afton Marshes are Sites of Special Scientific Interest. Coastal erosion has removed the headwaters of the river and further erosion could eventually cut off its source, turning the river valley into a sea channel and West Wight into an island.

Freshwater: A scattered village which enjoyed some popularity as a Victorian seaside resort (The Albion Hotel is typical) and attracted residents such as the poet Alfred Lord Tennyson and the photographer Julia Margaret Cameron. Overlooking Freshwater Bay is Fort Redoubt, built in 1855 to guard against a French invasion. All Saints' Church is one of the oldest on the island and contains C14 wall-brasses, while its churchyard has the graves of Tennyson's wife Emily and their son Hallam. St Agnes' Church is the only thatched church on the island and was built in the Arts and Crafts style in 1908.

Freshwater Bay: Famous for its geology and rock formations. The bedding planes of the chalk are noticeable, with each one delineated by bands of flint. Arch Rock collapsed in 1992. Stag Rock is so named because a stag leaped on to the rock from the cliff to escape during a hunt. Mermaid Rock fell off the cliff face in 1968.

Tennyson Down: A grassy ridge of chalk rising to 147m above sea level. Named after Lord Tennyson who lived at nearby Farringford House for nearly 40 years. The poet used to walk on the down almost every day. The monument, a Cornish granite Celtic cross, is by JL Pearson, and dates from 1897, five years after Tennsyon's death.

The Needles: A row of three chalk sea stacks rising 30m out of the sea. The 35m Needles Lighthouse was built in 1859. The adjacent waters and seabed form part of The Needles Marine Conservation Zone. The formation takes its name from a needle-shaped pillar called Lot's Wife which collapsed in 1764. The remaining rocks are not needle-like, but the name has stuck. The Needles were considered by the BBC's Seven Natural Wonders one of the wonders of Southern England.

The Needles Batteries and Rocket-Testing Facility: Two heavy gun emplacements built above The Needles to guard The Solent. Old Battery was built in 1861-2, New in 1895 when the Old Battery's cliffs crumbled. In the 1950s the battery was used for testing the Blue Streak missile, as well as the Black Knight and Black Arrow satellite launch vehicles. The rocket testing facilities are a scheduled monument.

Alum Bay: A classic sequence of upper Paleocene and Eocene (65-44 mya) beds of soft sands and clays, up against the Cretaceous chalk (100-65 mya). The formation would have been the UK's example of the famous K-T boundary that represented and evidenced the end of the dinosaurs and the Mesozoic Era, but the crucial layer containing the iridium from the asteroid impact in Yucatan, Mexico, was eroded away prior to further sedimentation. The sands are coloured by oxidised iron compounds. On the clifftop there is an amusement park and a chair lift takes tourists to and from the beach below. Alternatively, a footpath leads to the beach via Alum Bay Chine (we could take either, time permitting). A traditional souvenir of Alum Bay were ornaments containing layers of the coloured sands. In the past visitors could dig out the sand themselves but the removal of sand is now prohibited.

Fort Albert: A tower fort under the cliffs south-west of Yarmouth, built in 1856 as a defence against French invasion and inspired by American defences, but obsolete by 1858. Now Grade II*-listed and privately owned as flats.

Fort Victoria: Again, built to guard The Solent against French invasion. Originally the location of a coastal fort built in 1545-7 by Henry VIII, it was built in the 1850s. A brick-built triangular fort with two seaward batteries meeting at a right angle. In use until 1962. What remains has become part of Fort Victoria Country Park, a wooded recreation area.

I welcome dogs on my walks and this walk is perhaps suitable for them, although cliff edges and the length and exposure in potentially hot sun may be hazardous. A dog off its lead must be obedient.

The route (click the link in red to see it):

A stroll south along Yarmouth's Market Street and St James' Street will lead out of the town to where we'll pick up the bridleway that was the railway line to Freshwater along the River Yar. At Freshwater old church we'll pick up the Freshwater Way through Afton Marshes. We'll then reach the coast at Freshwater Bay and ascend the hill, following the Tennyson Trail west to the cliffs above The Needles. Then, turning east and then north we'll head along the coastal path to Alum Chine (time and stamina may allow a descent to the beach at Alum Bay). We'll then bear east, cross Headon Warren and mostly walk along the seafront, and always on the coastal path, past Totland, Colwell and Norton back to cross the Yar Bridge back into Yarmouth. 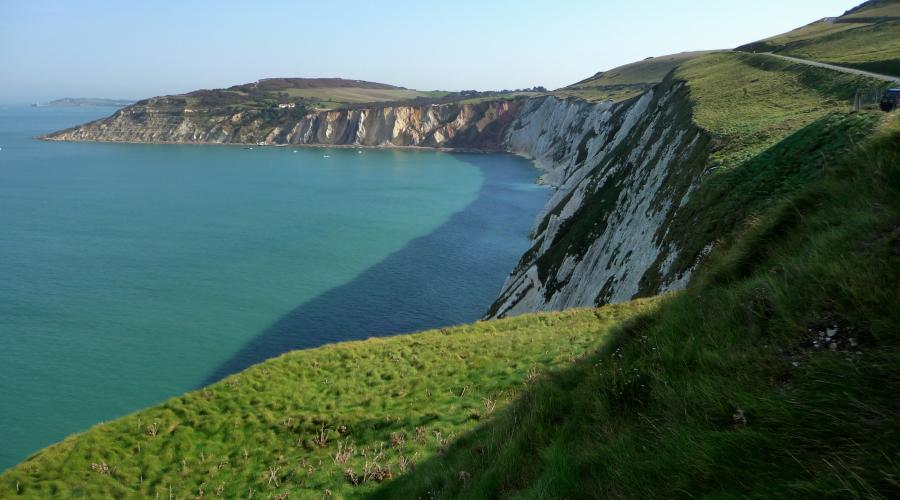 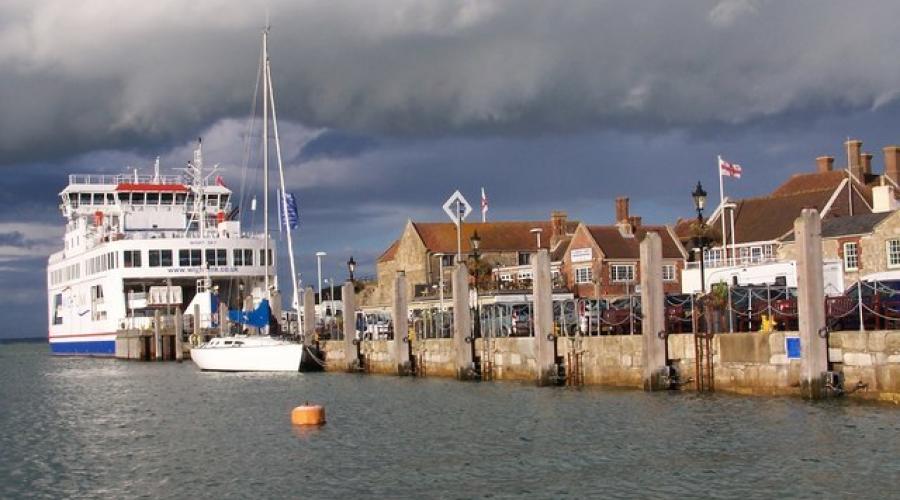 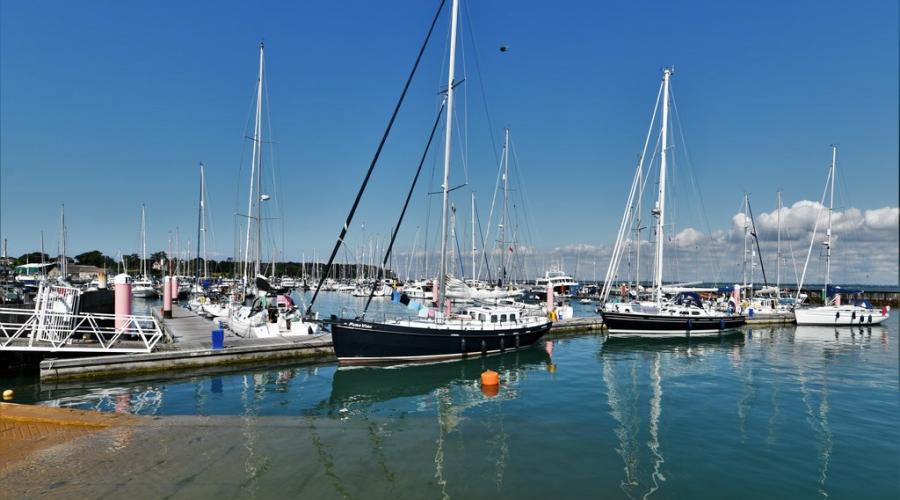 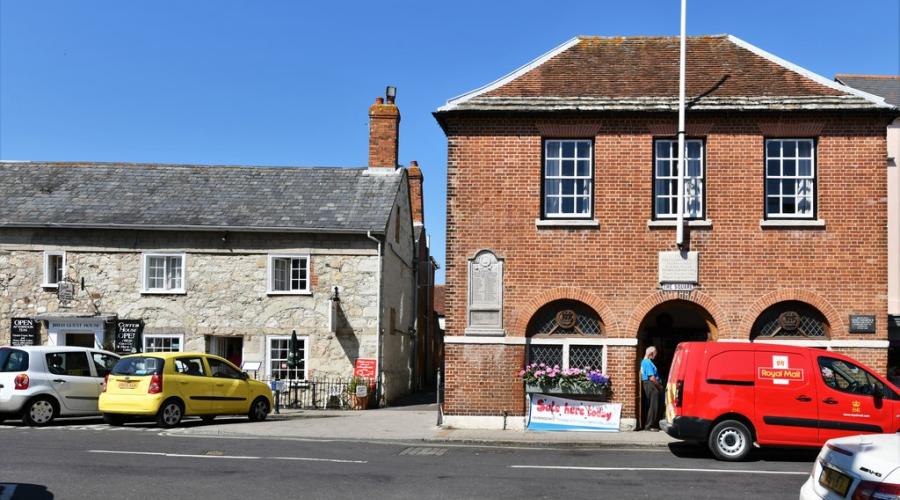 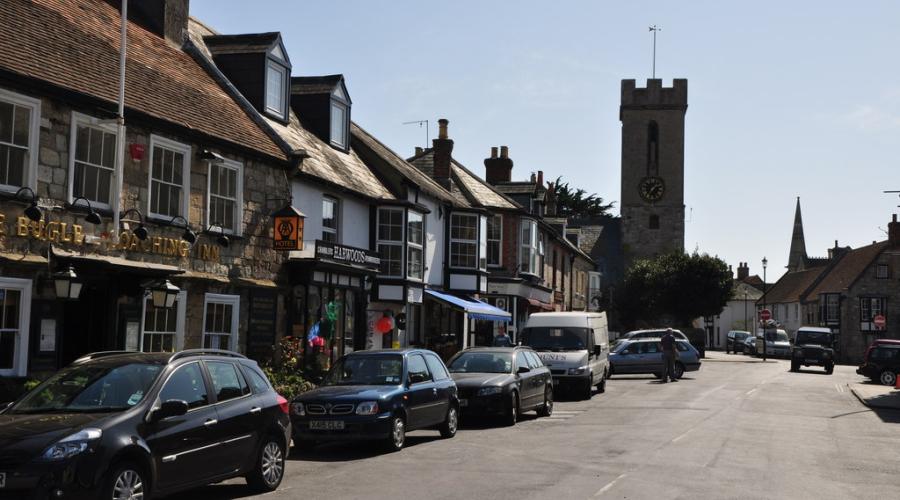 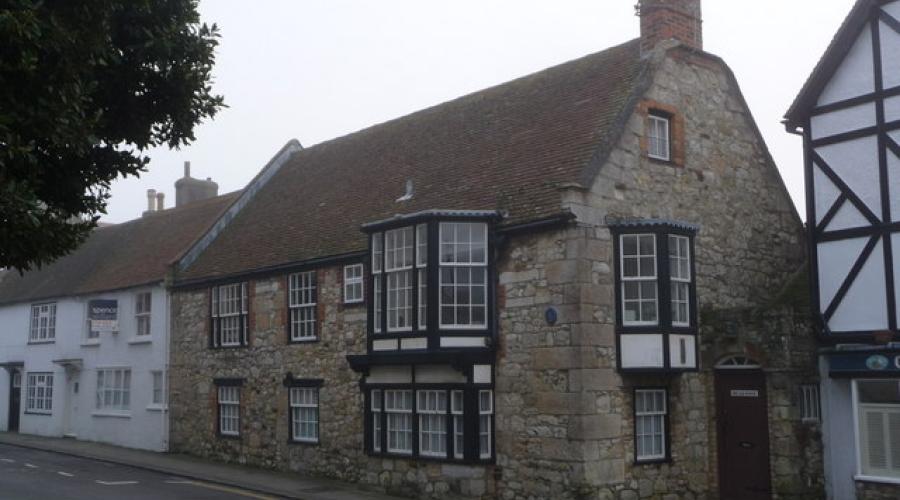 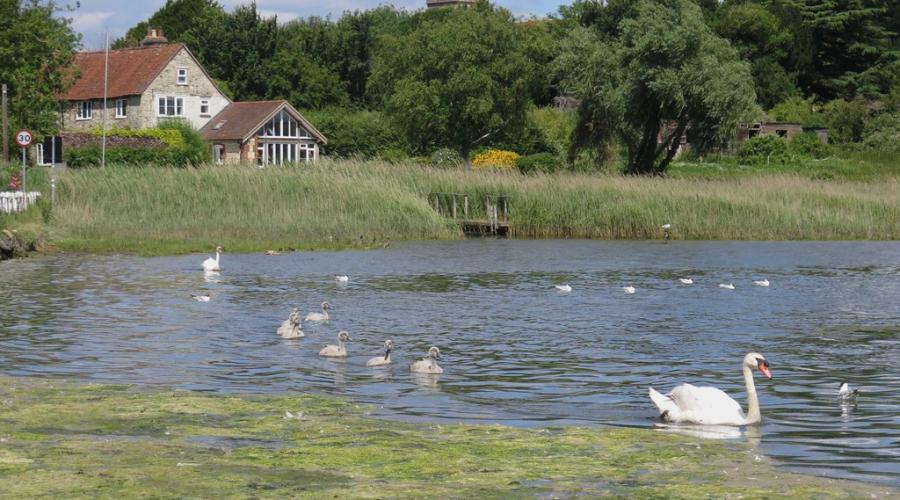 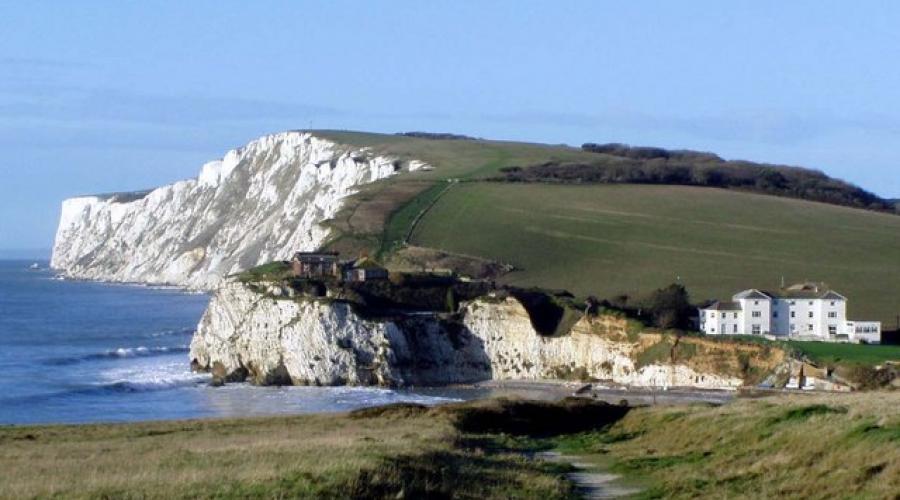 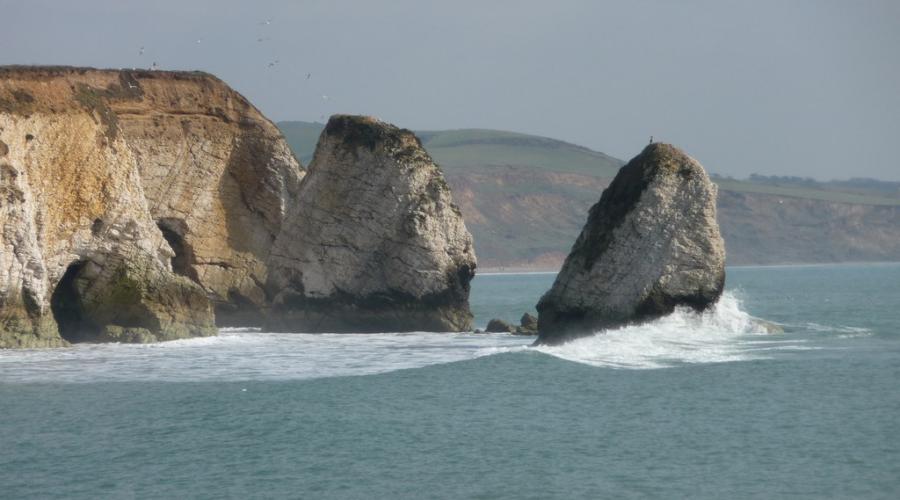 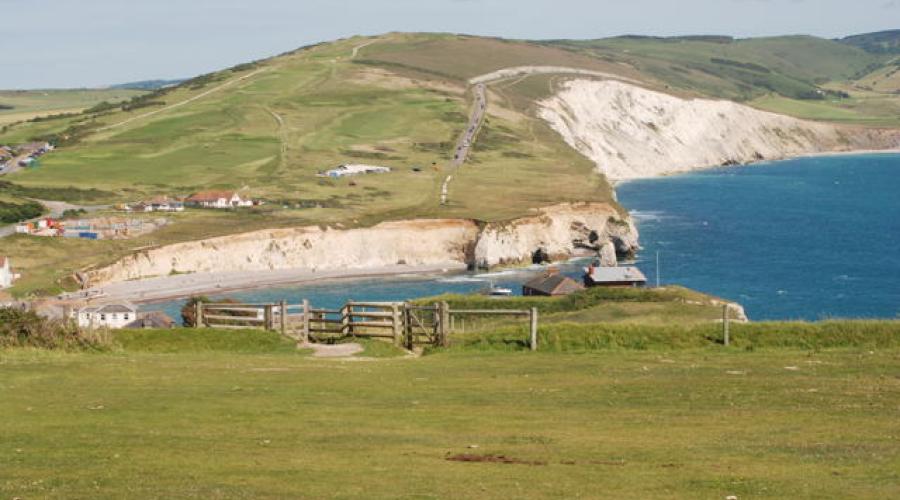 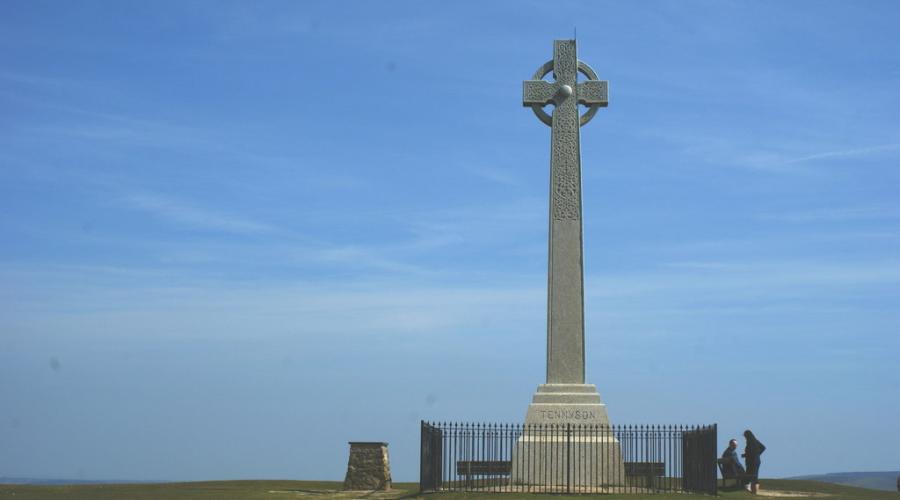 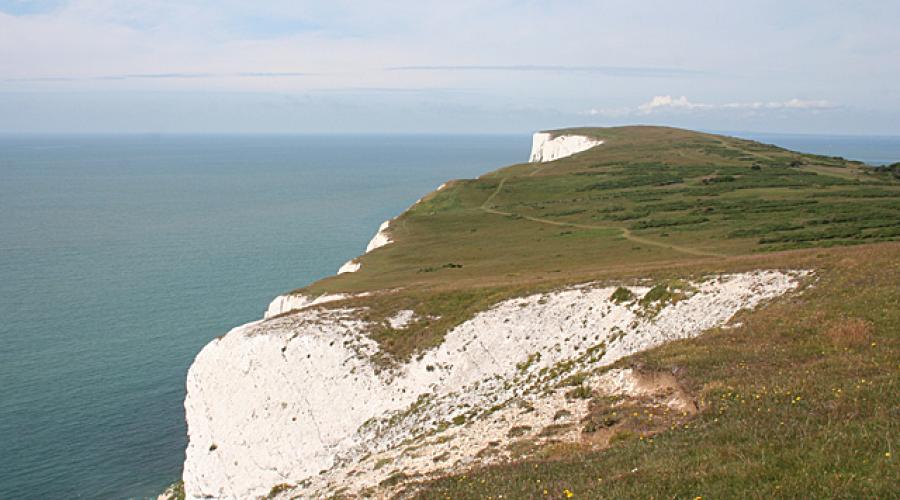 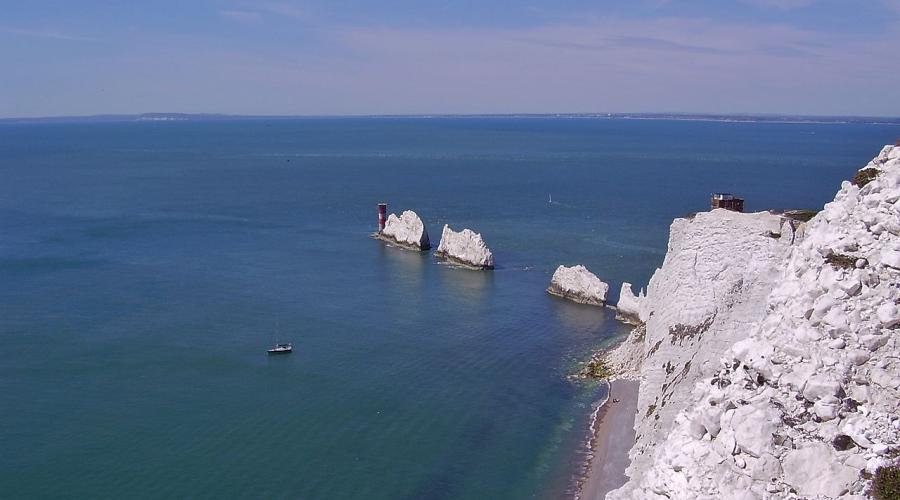 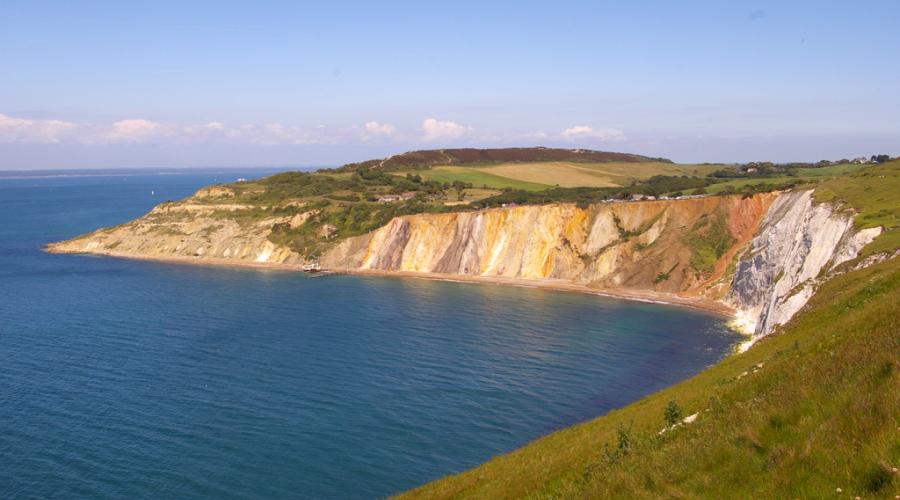 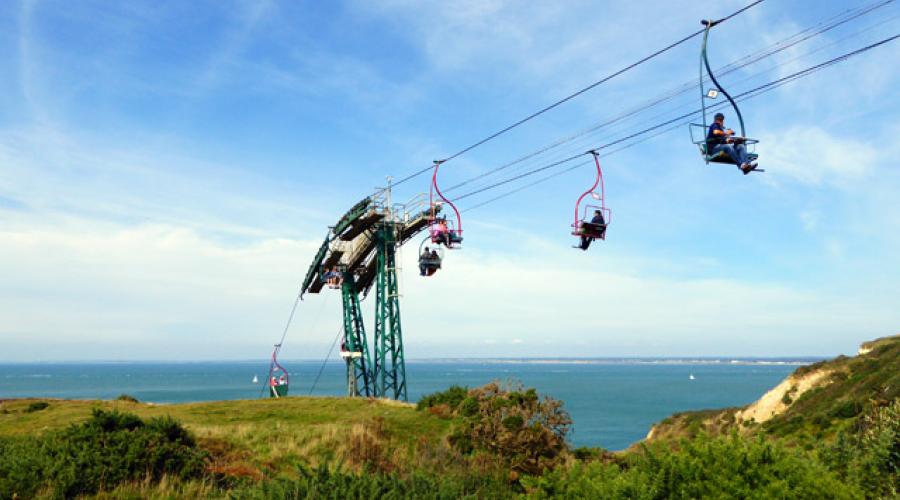 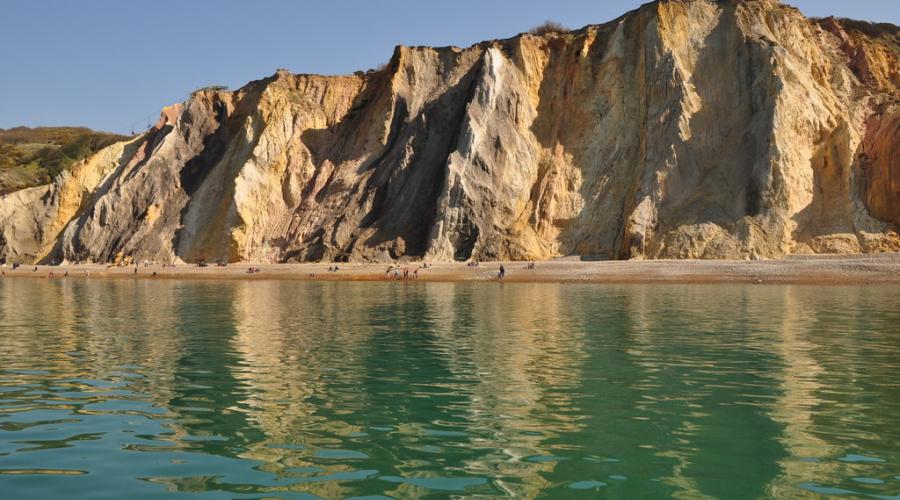 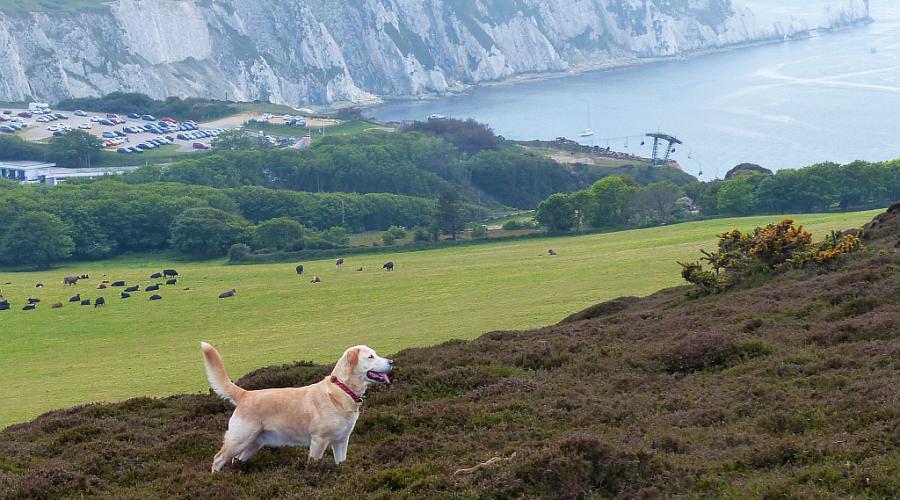 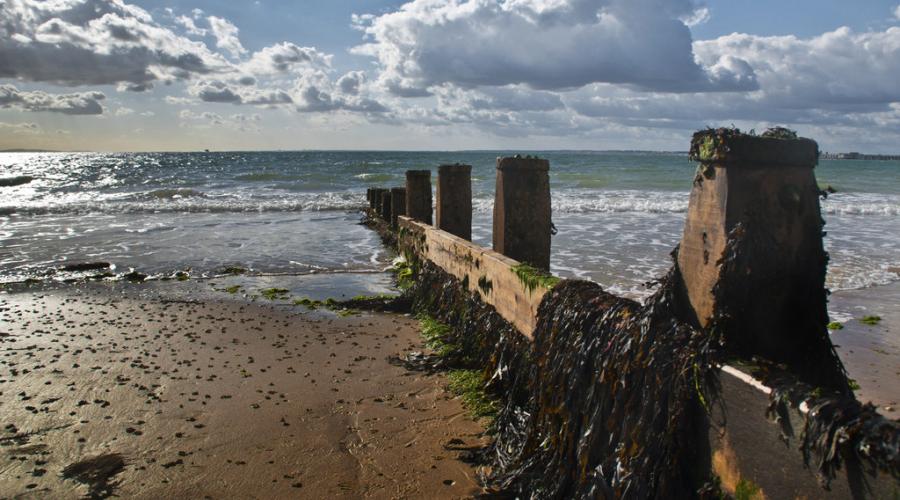 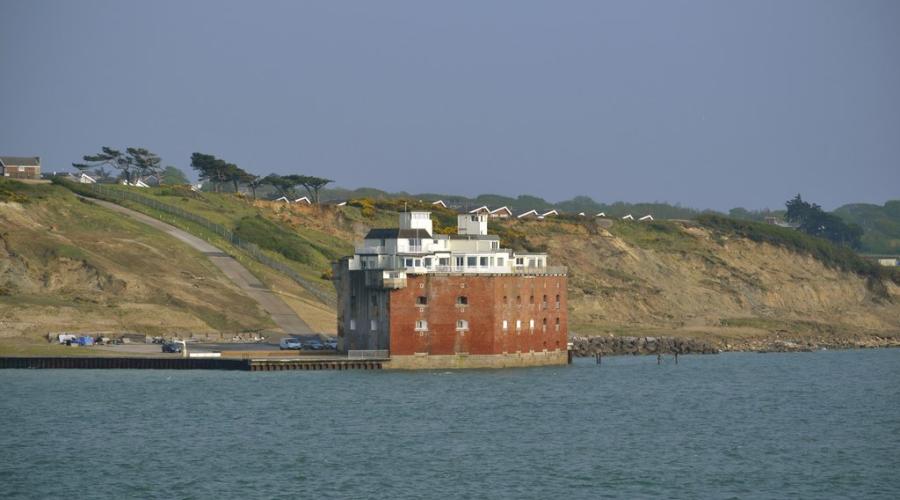 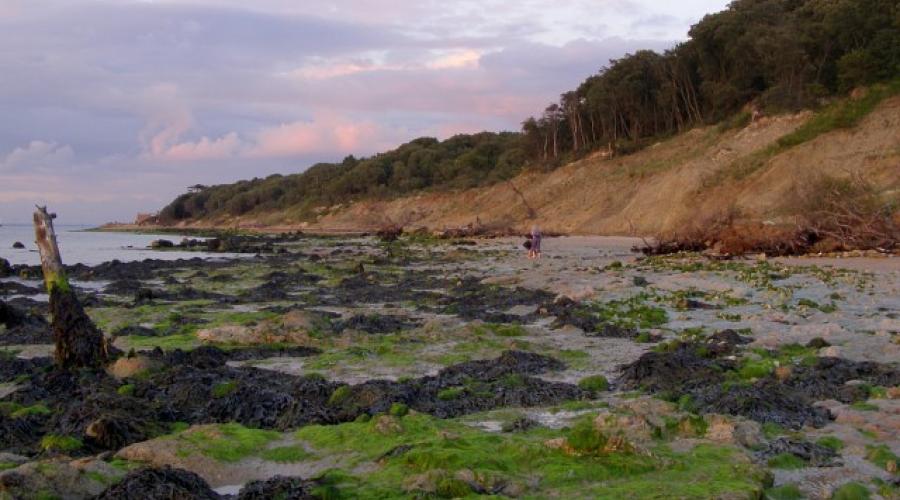 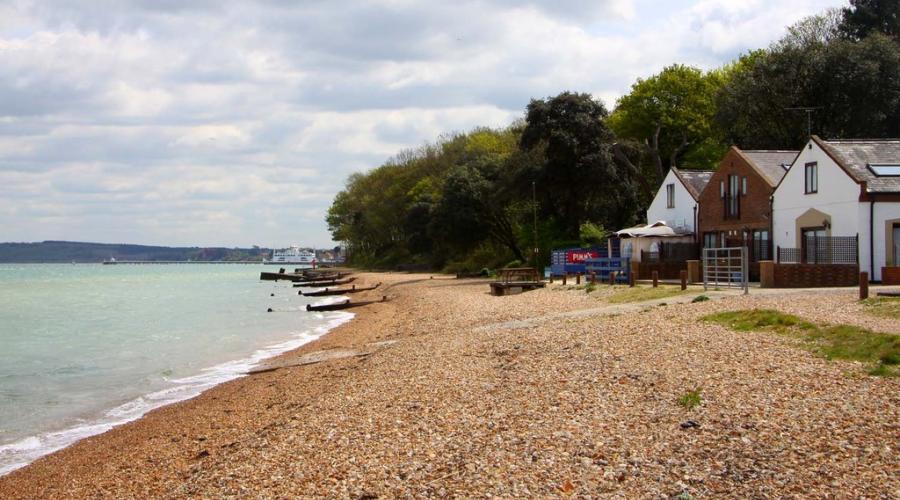 Walking boots and thick socks are essential to cope with the uneven, hilly terrain. Bring or wear clothes and equipment suited to the weather, including a raincoat if rain is forecast, and a hat and high-factor suncream if sun is. Once on the cliffs the walk will offer little respite from any strong sunshine.

Please bring a packed lunch and lots to drink, although there may be a chance to buy them in Yarmouth or Freshwater while on the walk. We will have lunch on the cliffs overlooking The Needles. There may be no opportunities to get drinks on the cliffs, so make sure you top up beforehand.

There will be some opportunities to buy snacks and refreshments during the day such as soft and hot drinks and ice creams.

You could remain in Yarmouth in the evening at the end of the walk to get dinner and drinks before catching the ferry.