POSTPONED - Farnham to Frensham - A Tame Walk and a Wild S..

Your price
£12.50
Easy Moderate Very Hard
Distance is 21 km (13 miles); total climb is 402m; relief is hilly with most climbs in the first half of the walk; terrain is tarmac, dirt, gravel and sand.

Neither the walk (my 120th lead), on the pine-forested, bracken-covered, steep-sided knolls of Bourne Wood will be that tame, nor the swim, in the sandy-bottomed, lifeguard-supervised, top-rated waters of Frensham Great Pond, that wild. The pond isn't even a pond, but rather one of the largest bodies of freshwater in the Southeast. If you'd rather not swim you can lunch at leisure lolling on the sandy beach or visiting the cafe. Bonus features of this walk include the pretty village of Tilford, the National Trust-protected woods and heaths, and the English Heritage-protected ruins of Waverley Abbey, but the centrepiece will be (weather and algae permitting) a summertime splash in a superb setting.

Bourne Wood: Silver birches and pines cloak a knoll next to a clearing affords lovely views over Farnham and surrounding woodland. Here, the Forestry Commission and RSPB have to balance the needs of nature, recreation and, notably, the UK film industry. Click this link for a list of films shot here which include Gladiator (2000) (where it stood in for the forests of Germania), various Harry Potters, War Horse (2011) and Thor: The Dark World (2013).

Frensham Great Pond and Frensham Little Pond: The lakes are 12th-century fishponds created for the Bishop of Winchester. In World War II the ponds were drained, but they were subsequently restored and became a popular spot for London daytrippers and the film and TV industry (for example Carry on Jack in 1963 and The Mummy in 1999, doubling as the River Nile). Waverley District Council run a cafe and toilets next to the Great Pond where the swimming takes place. Dogs are not permitted on the beach. The swimming area is small but it is pleasant. The water is fresh-smelling and clear and the bottom is sandy and silty. Excessive warm weather and agricultural runoff sometimes cause toxic blue-green algae to multiply and create blooms, but the water is regularly monitored and has improved over the years. Even so, this phenomenon may prevent us from swimming.

Frensham Commons: The heathlands that surround the ponds are important SSSIs, home to Dartford warblers, sand lizards and nightjars, and managed are by the National Trust.

Tilford: A delightful village situated at the confluence of the north and south branches of the River Wey. It has a triangular plan outlined by tile-roofed cottages and some fine Georgian houses. Edwin Lutyens designed the Institute, and there are an attractive pair of medieval bridges crossing the streams. We could visit the Barley Mow pub which dates from 1705.

Waverley Abbey ruins: French monks of the austere Cistercian order built their first foundation in Britain near the pure water of the River Wey in 1128. In the care of English Heritage, the ruins are free to visit. We'll take a quick look, especially at the vaulted ceiling of the refectory.

Waverley Abbey House: A sturdy grade II*-listed Palladian house from 1723 in the grounds of the abbey.

Mother Ludlam's Cave: Mother Ludlam was 'The White Witch of Waverley'. Her cave, which is in a sandstone cliff overlooking the Wey, was carved out by a spring. The cave was widened into a grotto in the 18th-century. The opening was refaced and a grille was put on in the 19th.

Moor Park House: A smart late 18th-century mansion which encased an earlier house of 1680. Here the diplomat Sir William Temple entertained William III, Jonathan Swift, John Dryden and Joseph Addison among others. A later visitor, Charles Darwin, wrote in his diary: "the country is very pleasant for walking...it is really quite astonishing and utterly unaccountable the good this one week has done me".

We'll have to walk south for a mile and a half through plush suburbs of Farnham before we reach the undeveloped land of Bourne Woods/Alice Holt Forest, where permissive paths, footpaths and bridleways will continue southeast. We'll cross Farnham Heath and Tankersford Common and then reach Frensham Little Pond. Walking along the western shore of the pond we'll bear southwest, cross Frensham Common and reach the northern edge of Frensham Great Pond for lunch and a swim. We'll then head east, cross Frensham Common and again and go back to the Little Pond where we will walk along its eastern shore. We'll then head northeast, and walking along the South Branch of the River Wey, we'll go into Tilford village. The rest of the walk will involve heading north on the Greensand Way mostly along North Branch of the River Wey and back to the suburbs of Farnham and its station.

I love having dogs on my walks, and this is an ideal dog walk as there is little livestock to be encountered, abundant heathland over which the dog can run free and trees to provide shade. However, there will be some roads to cross and short stretches of road walk along. Furthermore, dogs are not permitted on the beach at the pond and hot weather could be exhausting for them. 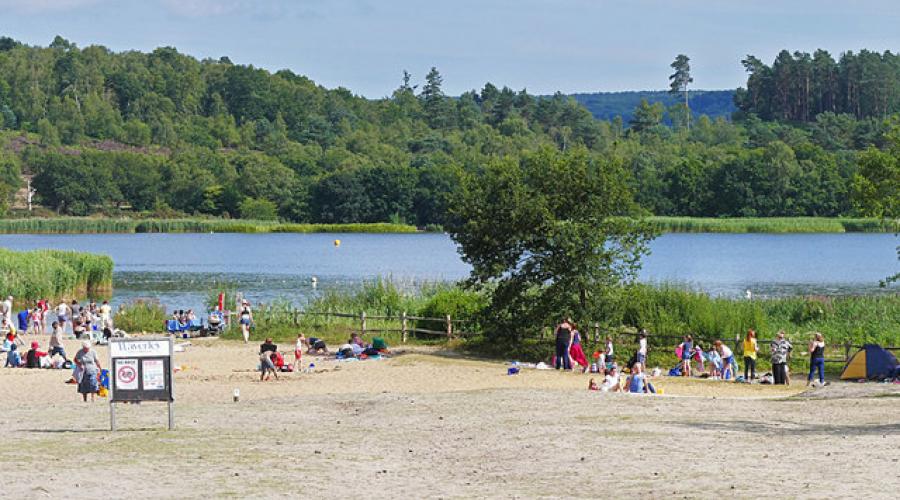 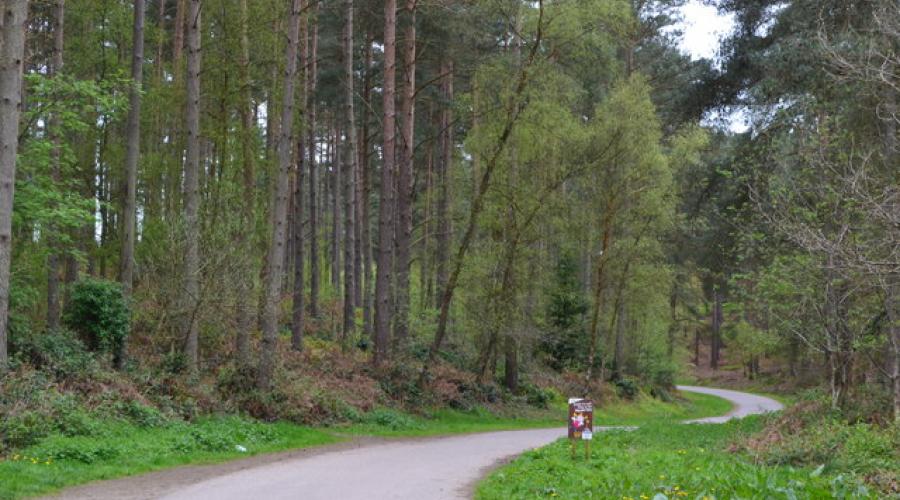 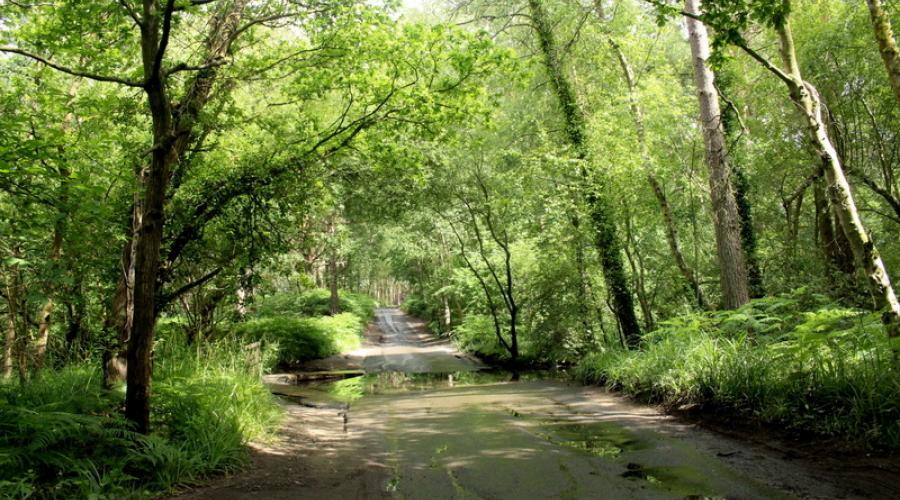 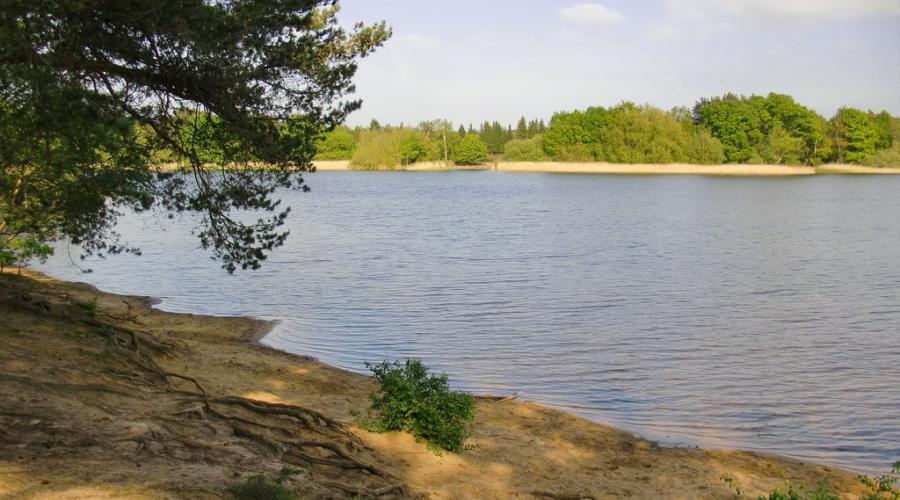 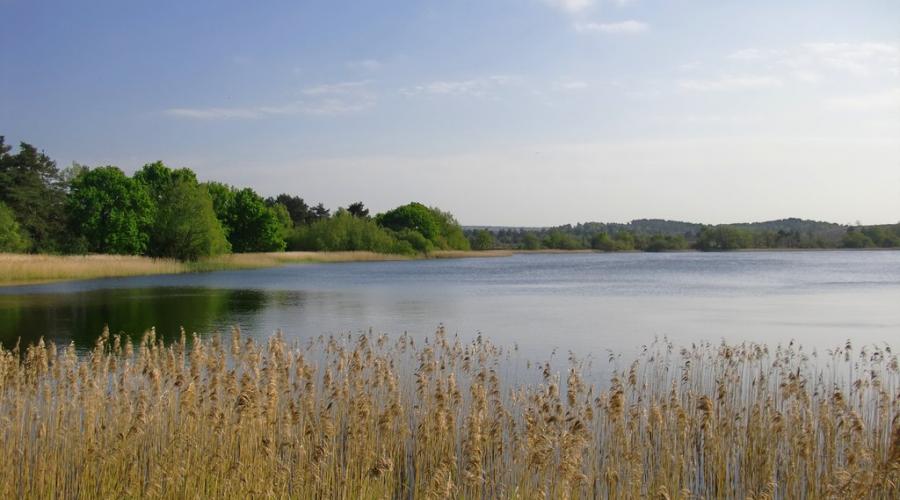 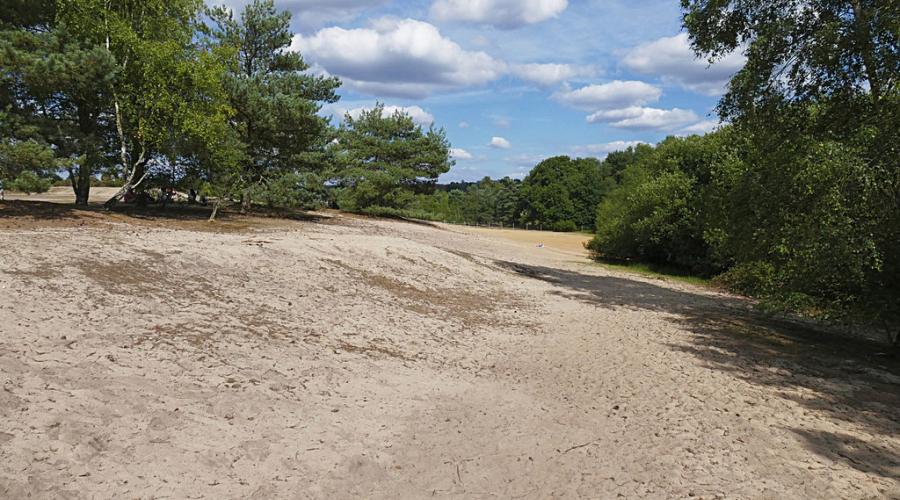 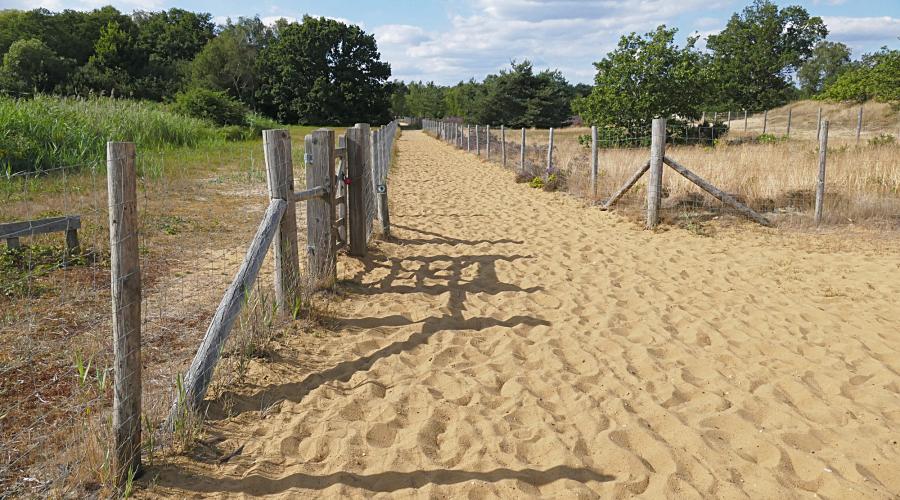 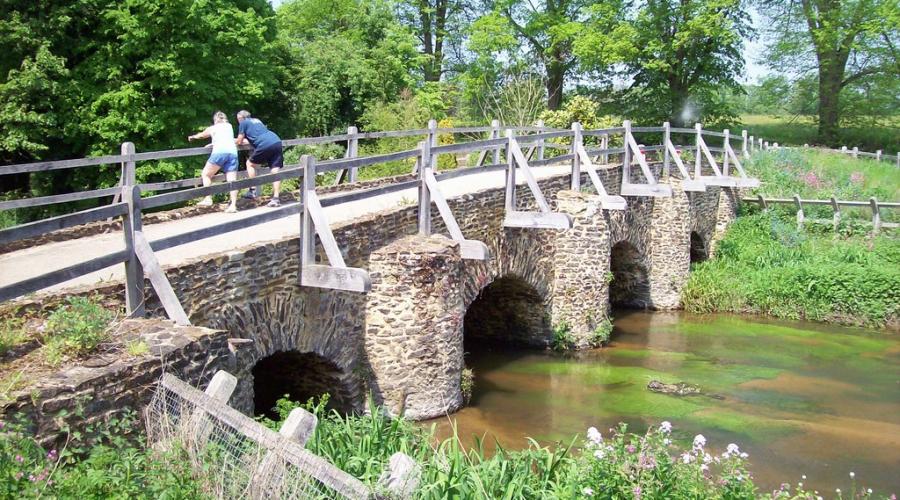 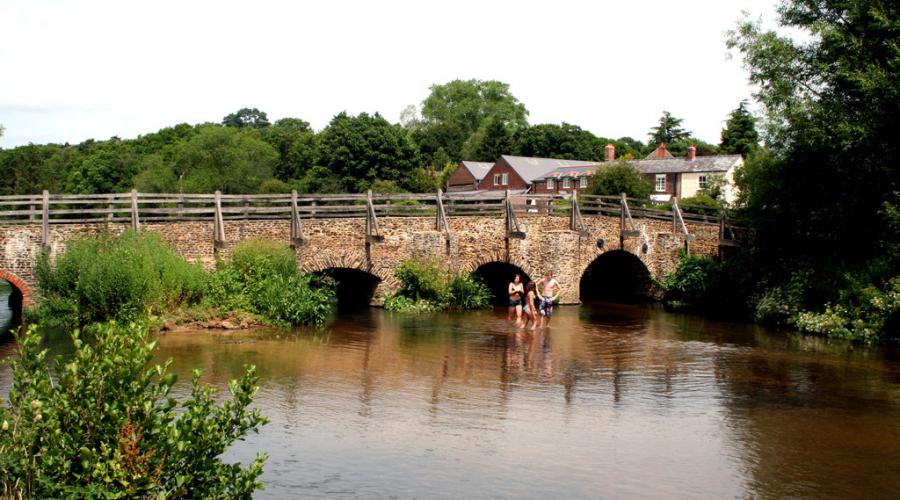 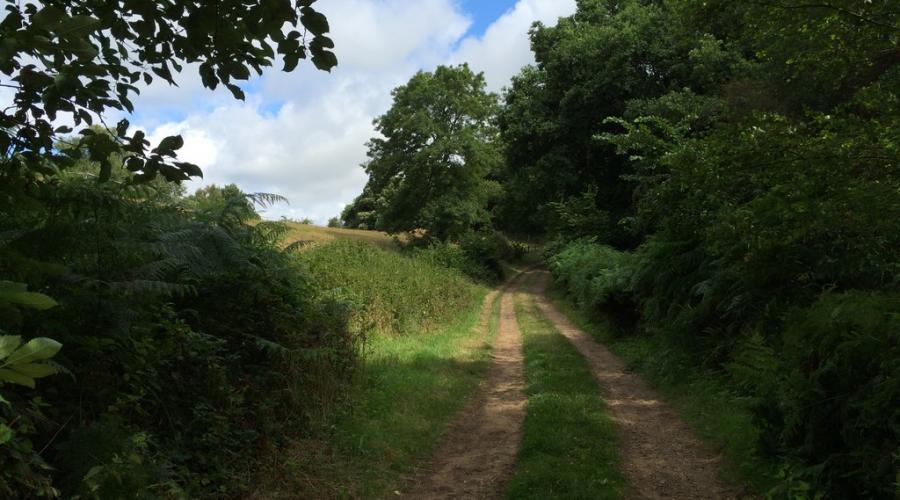 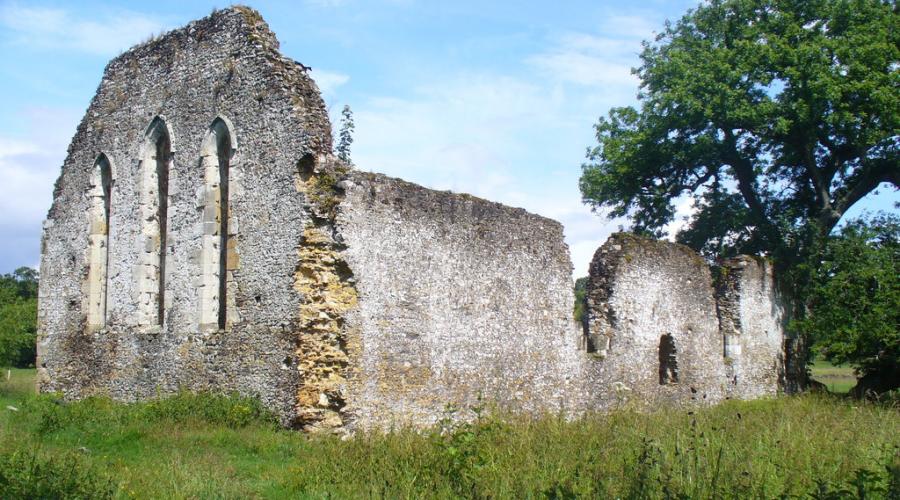 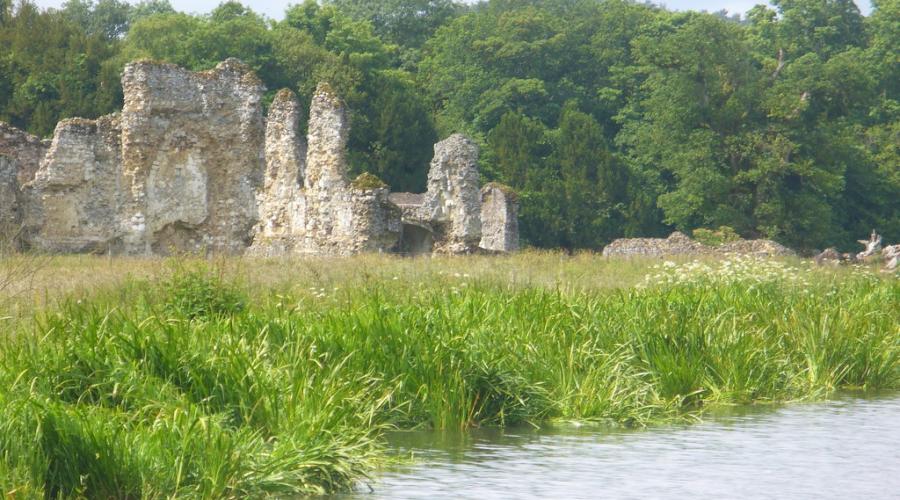 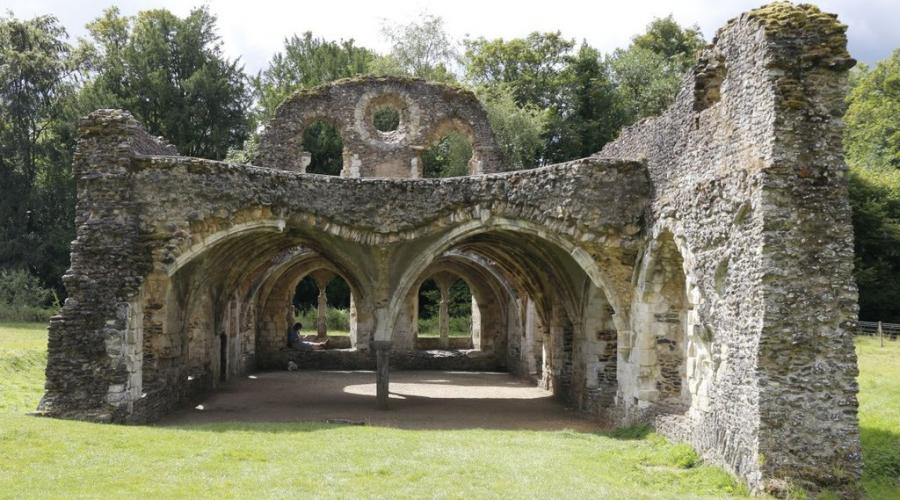 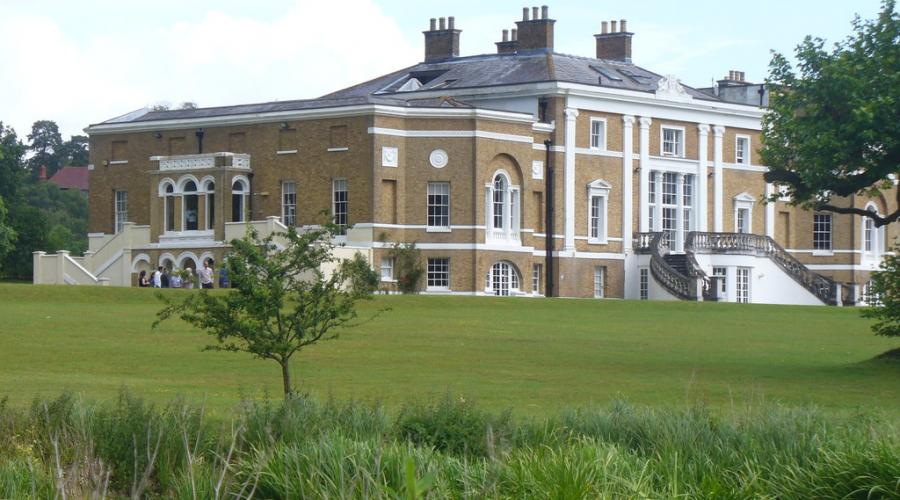 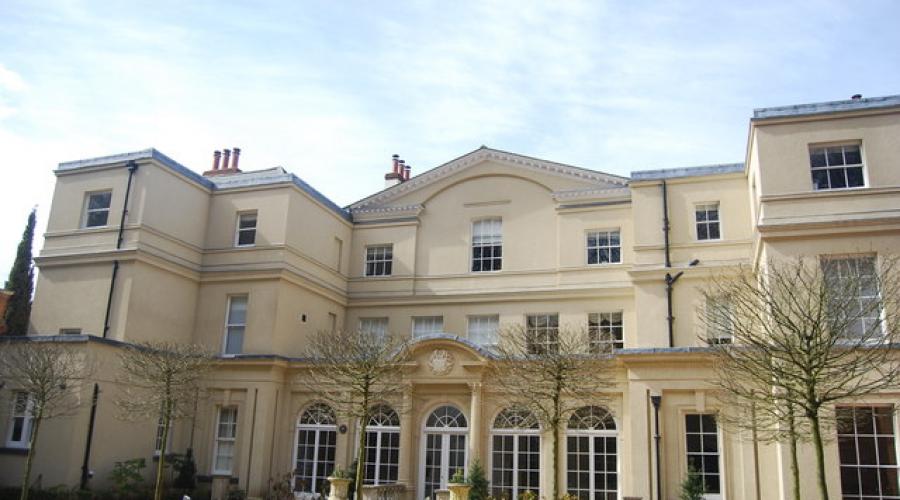 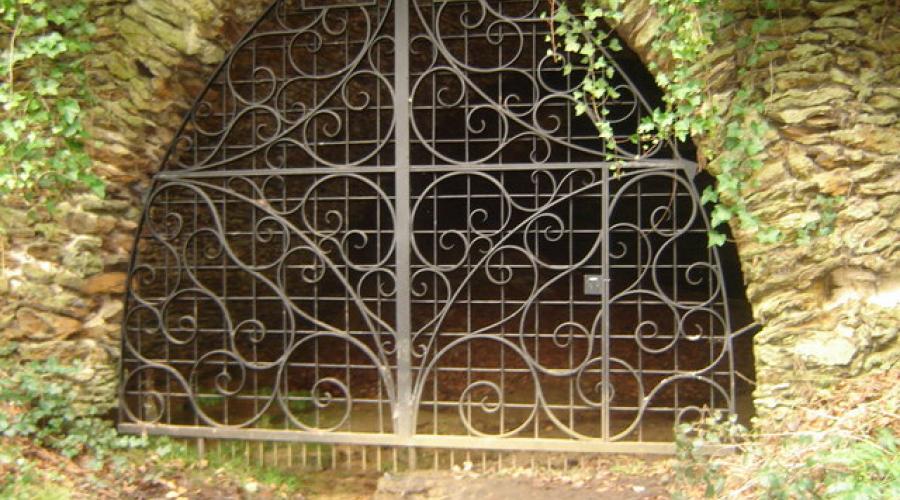 Bring swimming trunks and a towel if you intend to swim. Please also bring money to buy food and drinks at the cafe, although cards are probably now accepted.

Wear walking boots with thick socks as there will be considerable climbing on uneven ground.

If the weather is warm and sunny, apply and bring a high-factor suncream and possibly a hat. If the weather is cool and wet (the walk will rather have lost its raison d'etre), bring a coat.