The Comeliest Communities in the County

Your price
£10.00
Easy Moderate Very Hard
Distance is 21 km (13 miles); total ascent is 395 m; terrain is undulating with some short ascents and descents; surfaces are dirt, grass and tarmac

Andover, a market town swollen with London overspill, isn't exactly a comely community, but the Clatfords (Goodworth and Upper), Chilbolton and Wherwell - all frequently featured on 'Beautiful Hampshire' calendars - certainly are. But in case you think that we'll just be pottering around chocolate box cottages, I should point out that we'll have 400 metres of climbing over the Downs to do, albeit all before lunch. Lunch itself will be in Chilbolton and split between Cow Common where we can have a picnic and a paddle (Cow Common is where people who aren't members of fishing clubs (and cows) can actually get to the water in the Test), and the Abbot's Mitre where we can have a pint.

Andover: A medieval market town on the River Anton with a burgage plot layout visible in the High Street, but engulfed with London overspill housing estates since 1963. Two buildings of note: The Guildhall of 1825-6 and St Mary's Church of 1846, which is overbearing outside but quite stupendous inside, in a soaring Early English-style inspired by Salisbury Cathedral.

Wherwell: A very pretty village of many timber-framed cottages lying between the Test and the Downs and snaking up the hill, and all adjacent to a ruined nunnery. The church of St Peter and Holy Cross is Victorian, 1854-8.

Chilbolton: Another very pretty village, especially the Cow Common area by the River Test. Some notable houses of many ages, with the church of St Mary the Less dating back to the 12th century. If people are keen, a small detour to see the Chilbolton Radio Telescope (a 25m-antenna dish) could be done at lunchtime. Built 1964-7, the facility is for atmospheric, meteorological and radio research.

Upper Clatford: The church (All Saints, 14th century, reordered in the 17th) occupies a placid pastoral setting in water meadows on the far side of the old Andover Canal. The main village street contains an array of pleasing houses.

Goodworth Clatford: St Peter's Church (1540, built with stone from Wherwell Priory with recycled carving) a little above the village, with open country all around. Green Meadow Mill is picturesque, 18th century.

Rivers Anton and Test: Crystal-clear chalk rivers with excellent coarse fishing, the Anton rises just north of Andover and flows into the Test. The Test itself rises at Ashe and reaches the sea at Southampton. Much of the banks of these rivers is private, owned by fishing clubs, but there is an area at Chilbolton which is publicly accessible, and we'll walk quite a way along the Anton.

Before lunch: Walking to the southeast out of Andover, we'll follow the High Street then suburban streets, then footpaths out and up to Cow Down. Crossing Cowdown Lane we'll continue south and pass through Harewood Forest: Furzy Croft Copse, Augurs Hill Copse and Upping Copse chiefly. Picking up the Test Way at New Barn Lane will take us to Wherwell. The B3420 will take us over the Test to Chilbolton where a walk along the main street will lead us to the Abbot's Mitre pub and Cow Common for lunch and an optional trip to see the telescope.

After lunch: Leaving Cow Common and crossing the Test we'll ascend Red Hill via a footpath which will snake alongside the River Anton to Goodworth Clatford, then after a little way along the main street, we'll pick up footpaths to Clatford Mills and Upper Clatford where another walk along the main street will bring us to the the Crook and Shears pub. Eventually, a re-used railway line which runs over the Pilhill Brook, under the A303 and beside Balksbury Lakes will take us back into Andover. Some suburban street walking will return us to the station, from where a fairly speedy train will take you home for Eurovision.

I welcome dogs on all my walks and this walk is especially suitable for them as it has few stiles, hazards and fields with livestock. However, your dog must be obedient and responsive if it is off the lead. 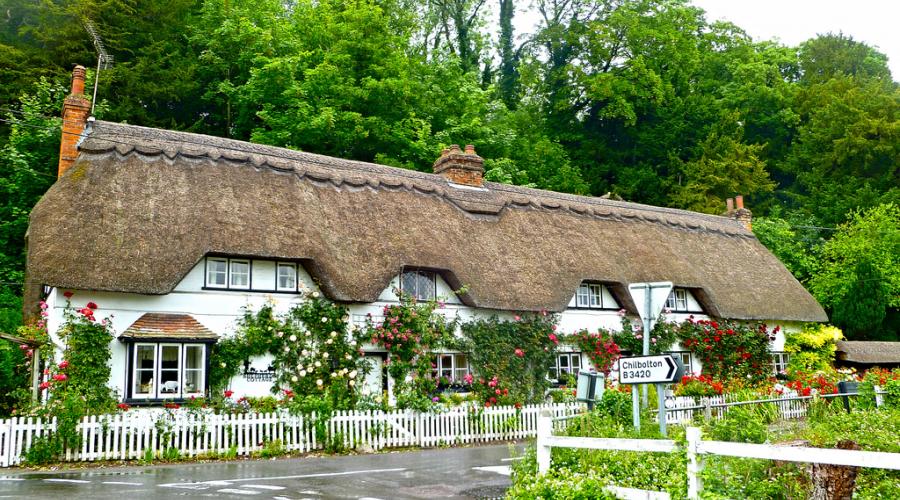 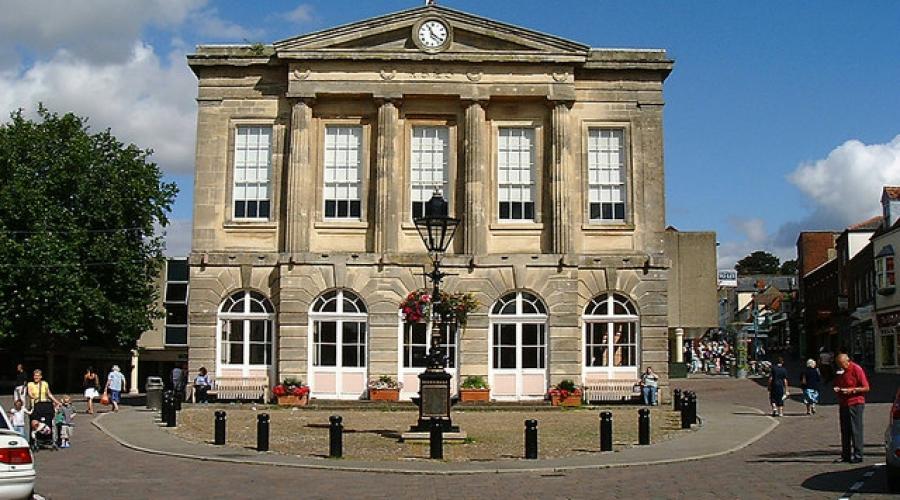 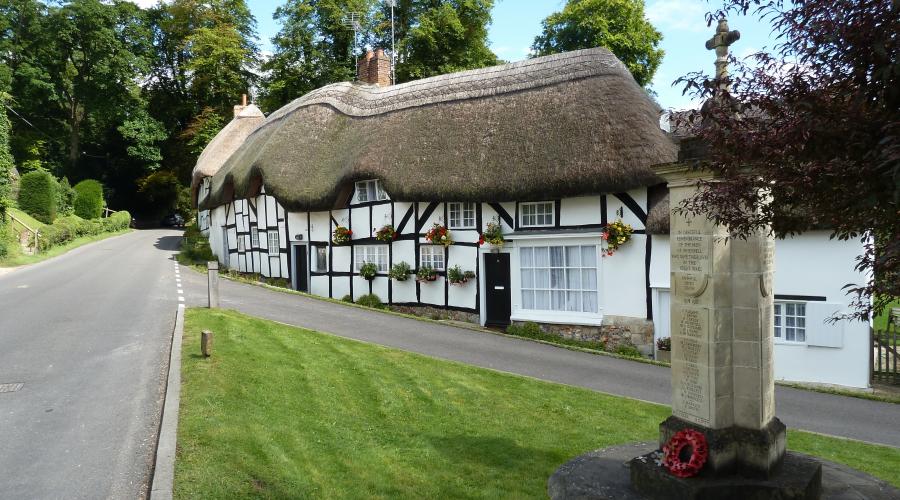 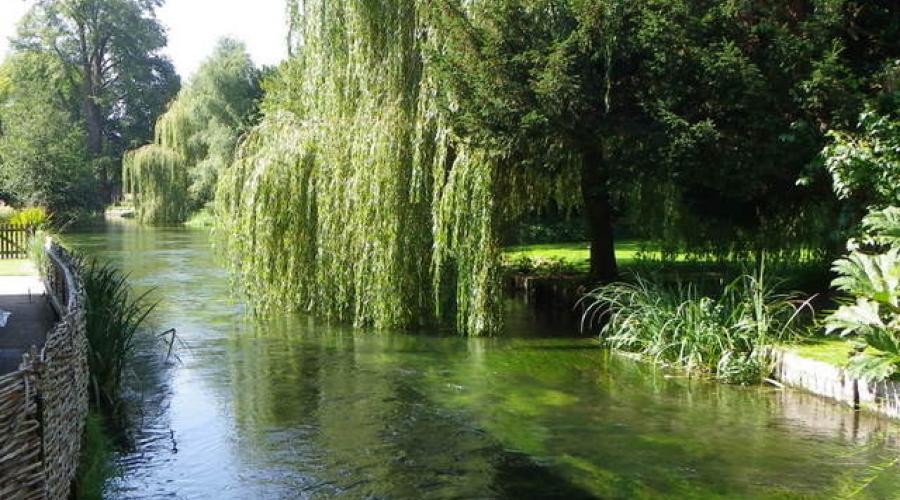 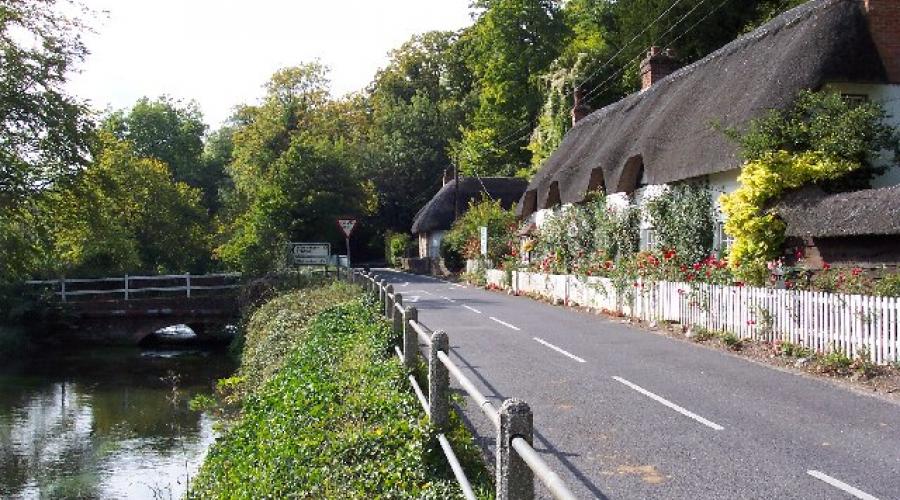 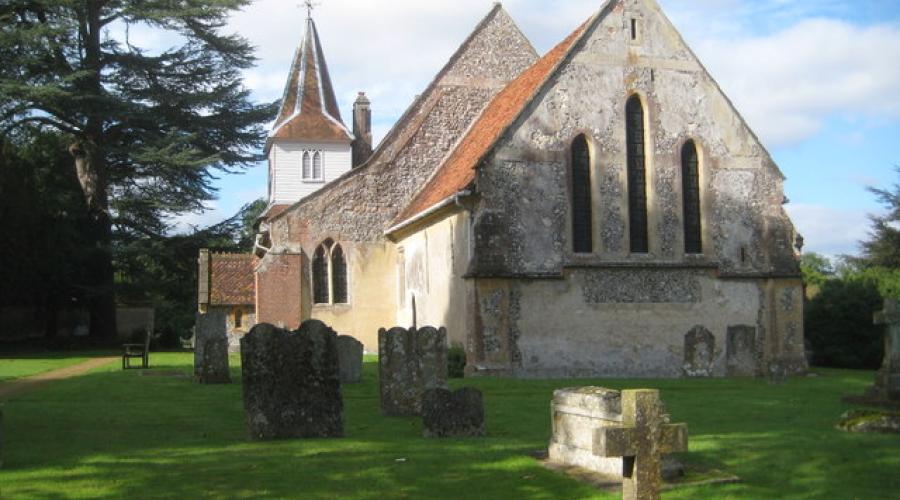 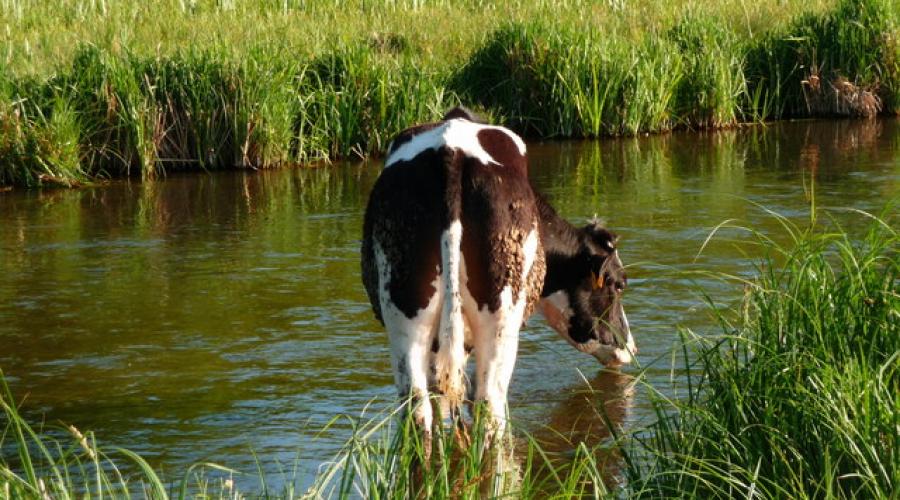 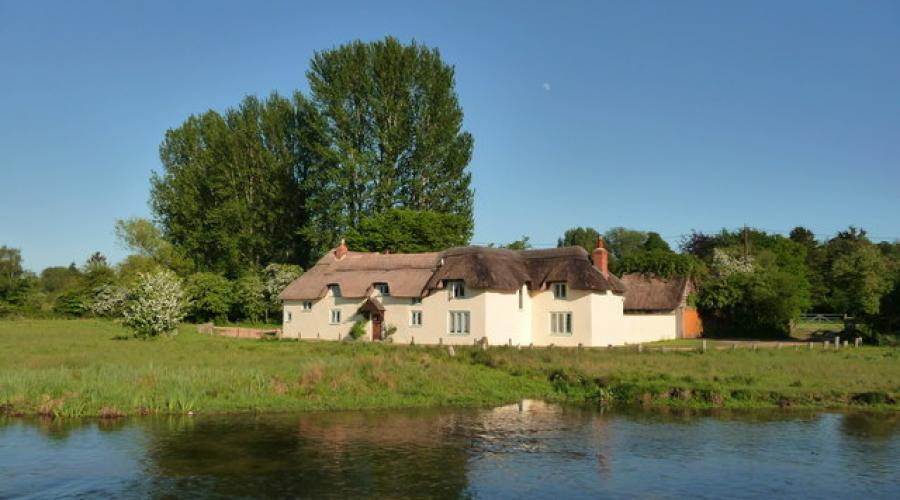 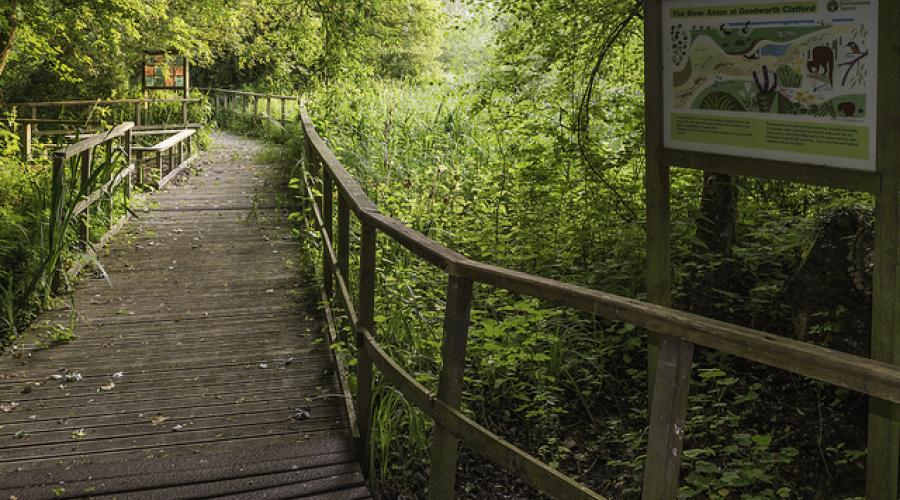 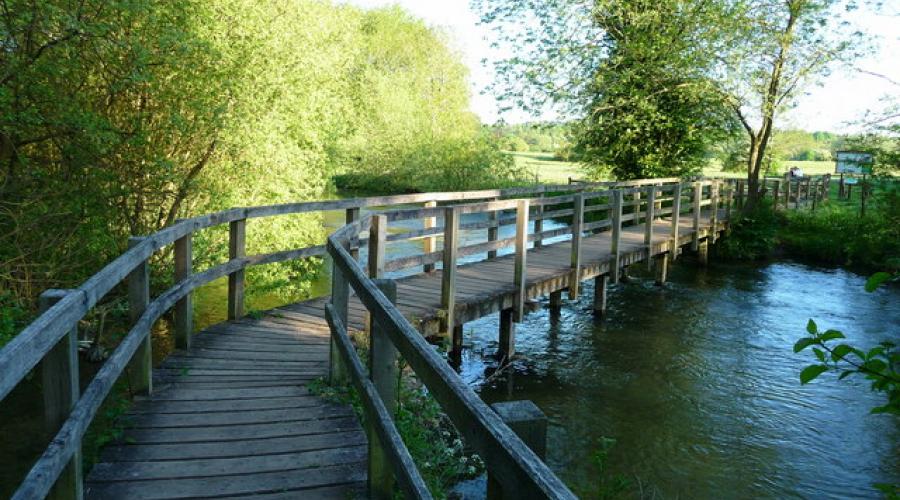 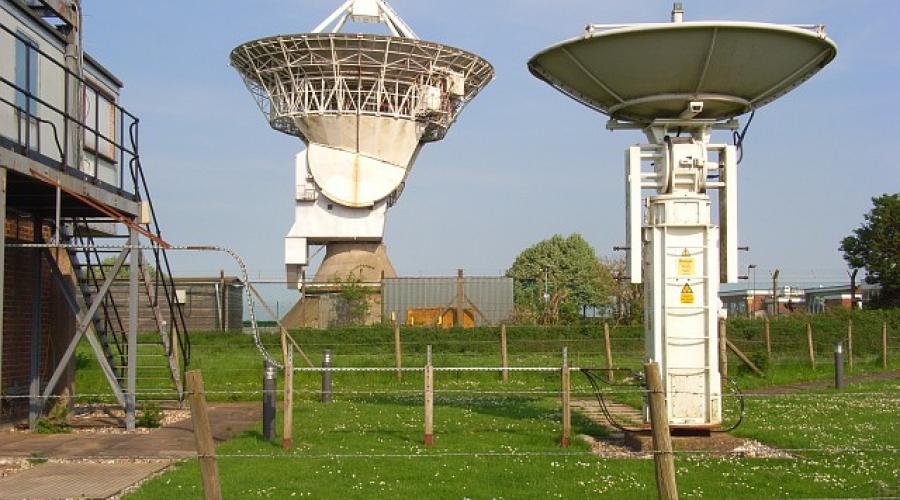 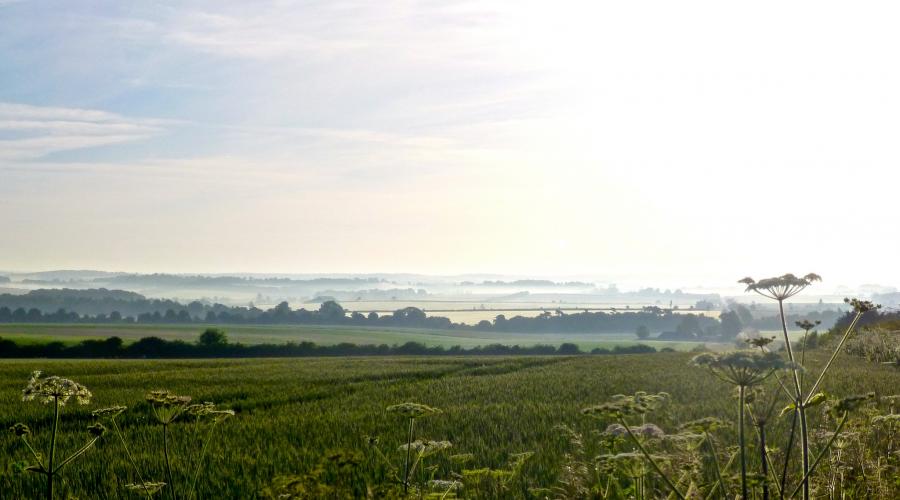 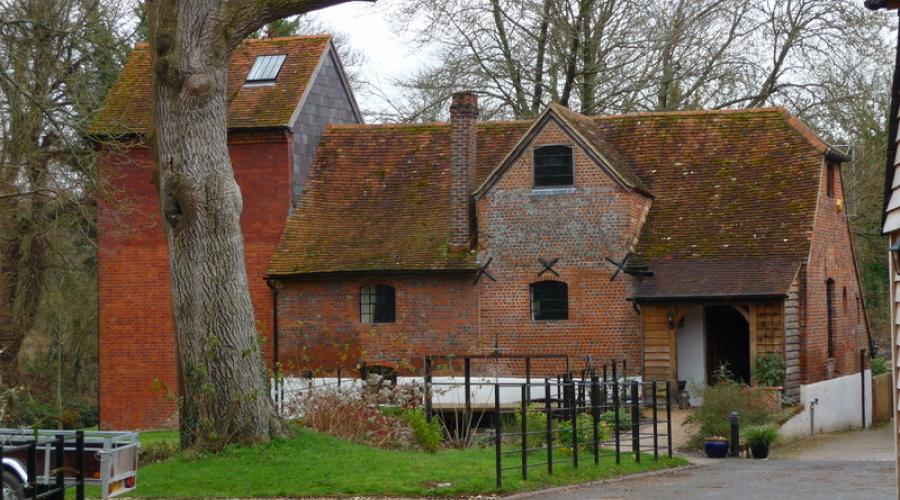 Please bring a packed lunch, snacks and plenty to drink. Chilbolton does have a village shop and we will walk through the town centre of Andover. We will have a drink at the The Abbot's Mitre at Chilbolton at lunchtime. There are pubs in Andover and one near the end, The Crook & Shears at Upper Clatford we could visit.