Your price
£12.50
Register now to book
Easy Moderate Very Hard
Distance is 14.5 km (9 miles); total ascent is 110 m; terrain is flat except for ascending and descending one modest hill.

This event is currently scheduled to take place in July. In light of the ongoing coronavirus pandemic, this event along with others scheduled for July is under review. The OutdoorLads board will make a decision by 22nd June about if these events can go ahead in some form, or otherwise. Hence, please be aware that there is a possibility that this event will not go ahead as planned following that review.

The features that made the site a prime location for settlement for the Saxons (at the confluence of two rivers and on a wide yet enclosed natural harbour sheltered by a headland) have since made it a prime location for tourism for visitors. Christchurch in Dorset (formerly Hampshire) offers abundant attractions both historic and natural. The former include the huge Priory Church, the pretty quaysides and a busy Georgian and Victorian town centre; the latter include two agreeable rivers, a sizeable harbour, a formidable headland and an enjoyable sandy beach. And that human/natural divide is how our marvellous day out will pan out: town and ferry before lunch; beach, headland and riverbank after.

Christchurch: 'Of all the great churches of England, Christchurch is perhaps the least well-known. Its tower rises above the water meadows of the River Avon near the coast, which has taken more punishment than any. The continuous ribbon of retirement suburbs from Lymington to Poole is a landscape without redemption [!]...The church itself is sensational' (Simon Jenkins). The Priory Church (founded 1150) was bought by the town at the Dissolution and its long profile (it is reputedly the longest parish church in the country) dominates the town. Robust Norman nave, magnificent Norman arcading on the north side, ravishing C14 Lady Chapel and Quire with a lierne vault, Great Screen with the Tree of Jesse, opulent renaissance chantry to Margaret, Countess of Salisbury.  An ascent of the C15 tower involves climbing 176 steps on a spiral staircase to get a spectacular view (£4 for adults). In the well-kept grounds of the Priory are a C12 castle and Constable’s House which are ruins.

Stanpit Marsh: Built from the accumulation of sediment from the Rivers Stour and Avon in Christchurch Harbour and having a range of habitats including areas of salt marsh, freshwater marsh, reed beds and sandy scrub. An SSSI and an important nature reserve. Our path uses a prototype Bailey Bridge to cross 'Mother Siller's Channel', a creek that supplied the landlady of Stanpit's pub (The Ship in Distress) with contraband.

Mudeford: A fishing village now caught up in Christchurch's sprawl. Its lovely views over Christchurch Harbour and Christchurch Bay brought it Victorian retirees and holidaymakers, and a pretty fluted pillar box as well as the villas date to this phase of its expansion. Mudeford Quay (from where the ferry sails - cost £2 cash) still has weatherboarded boat sheds.

Mudeford Spit/Sandbank and Beach: A bank of fine, soft sand the colour of demerara sugar leading off north from Hengistbury Head and almost closing off Christchurch Harbour. Gaily-painted beach huts all along it, notorious for the high prices they fetch (for instance £285,000 in 2018). Superb views over to the Isle of Wight and The Needles. The cafe sells light lunches to eat in or take out.

Hengistbury Head and Warren Hill: Seemingly robust at a distance but actually composed of crumbly sand and gravel. A third of its size in the C19 when quarrying began, which involved extracting the boulders of cemented ironstone called doggers which would normally fall out of the cliff and form a natural sea defence. The various habitats on the Head form an SSSI and provide a home for many plants, birds and insects, some of them rare and critically endangered such as the natterjack toad. As important for archaeology as geology and ecology with a long history of Palaeolithic, Bronze Age and Iron Age habitation and use from hunter-gathering to burial to metallurgy and trade. Superb views again over to Purbeck, Old Harry, the Isle of Wight and The Needles (see if you can see the 'polar bear').

The route (please click on the link in red to see it):

Heading along the B-road into Christchurch we'll walk through the town centre to the Priory. We'll then split up and have an hour and a half to explore the town's attractions and possibly have lunch. Meeting up again at 13.00, we'll head out to Stanspit and cross its meadows and then reach Mudeford. We'll walk along the quay and pick up the ferry to Mudeford Beach. Alighting from the ferry we'll have an hour (or more if you want) to visit the cafe and swim in the sea. When we've had enough of that, we'll walk along Mudeford Spit and ascend Warren Hill over Hengistbury Head following the national trail. We'll then split off and join another national trail to walk along Christchurch Harbour and then the River Stour to cross Iford Bridge. We'll then be at the suburb of Tuckton and a traversal of this will bring us back to the station.

I love having dogs on my walks and this walk is suitable for them to some extent. The morning portion of the walk is less suitable as it is in town and we are visiting places of interest. The afternoon portion is near-ideal as it is out of town and Mudeford Sandbank Beach is dog-friendly. Any dog off the lead at the beach must be under control and there are no dog waste bins there. Hot weather could be exhausting as there is no shade and little water in which dogs could cool down once we have left the beach. 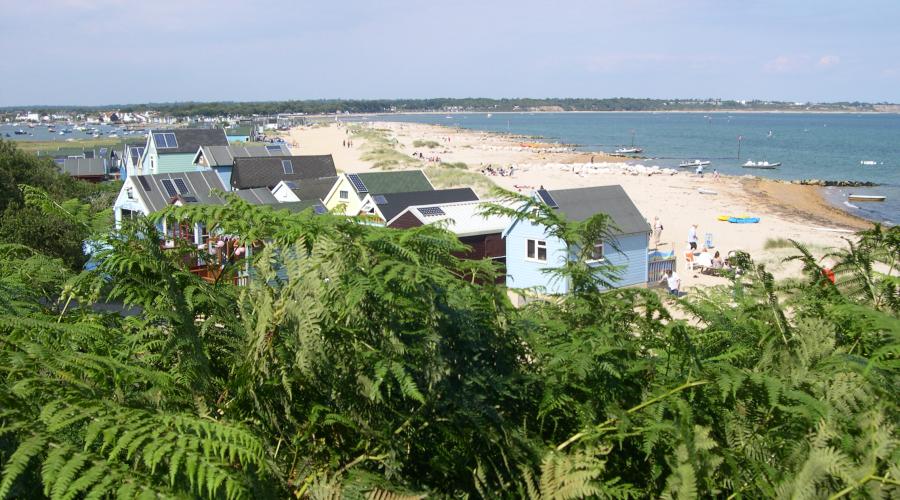 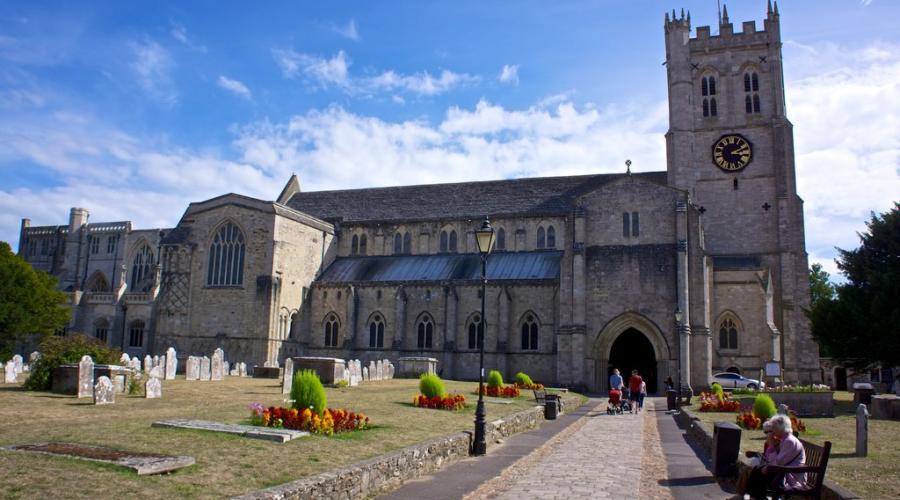 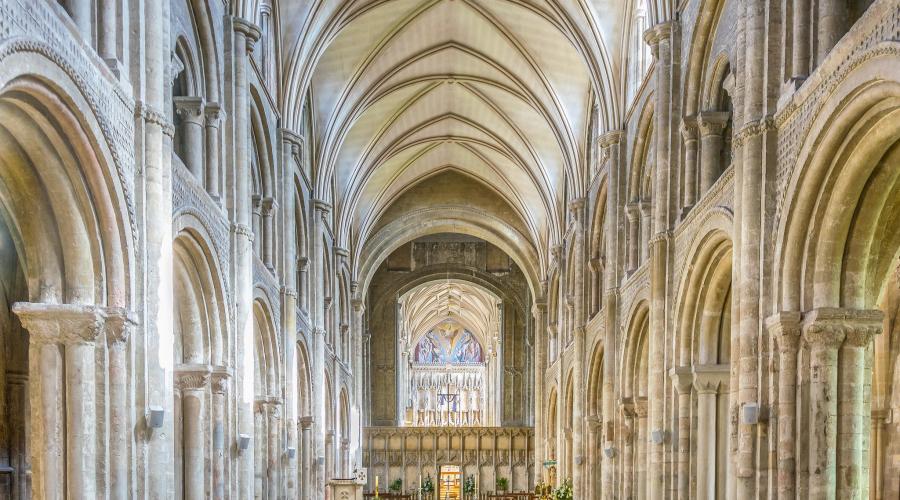 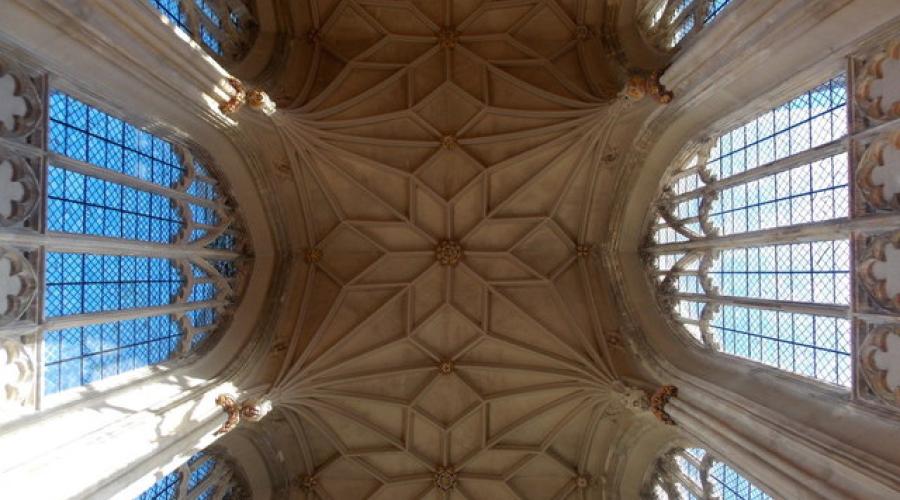 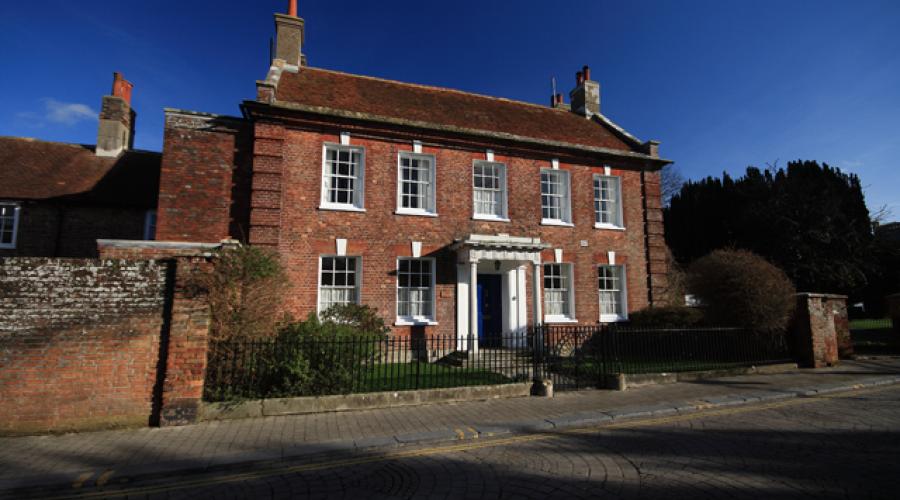 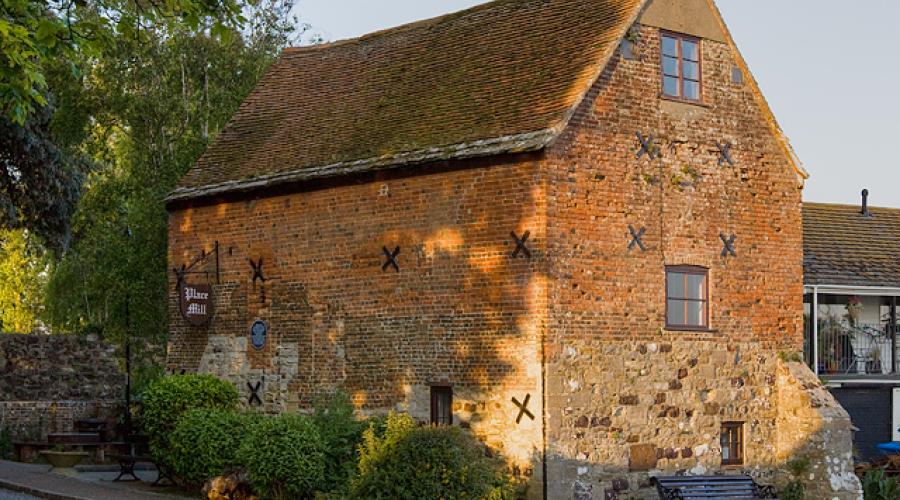 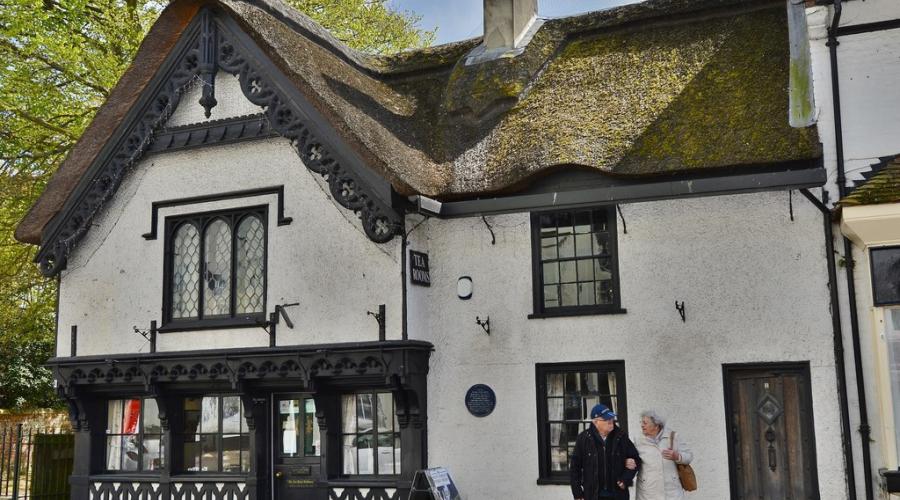 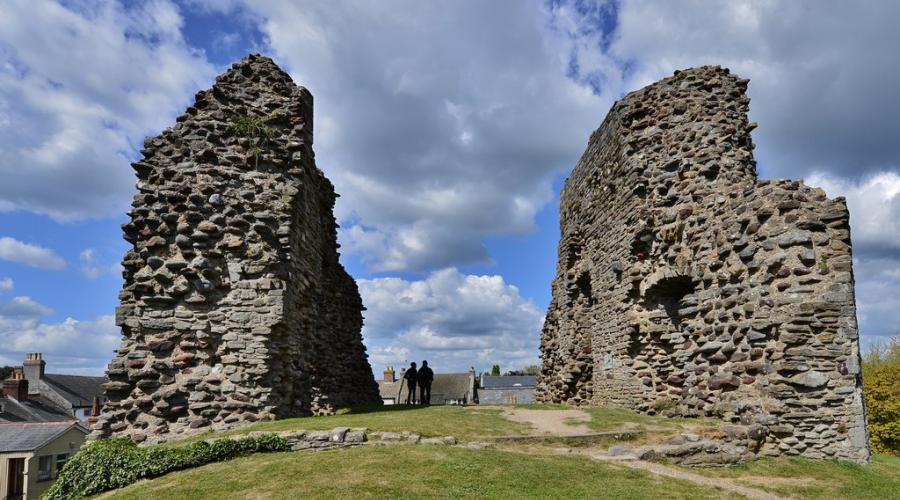 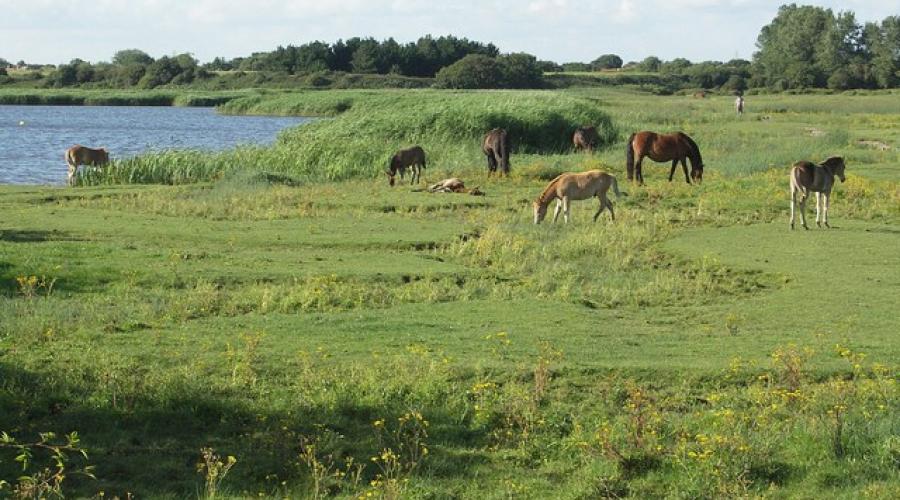 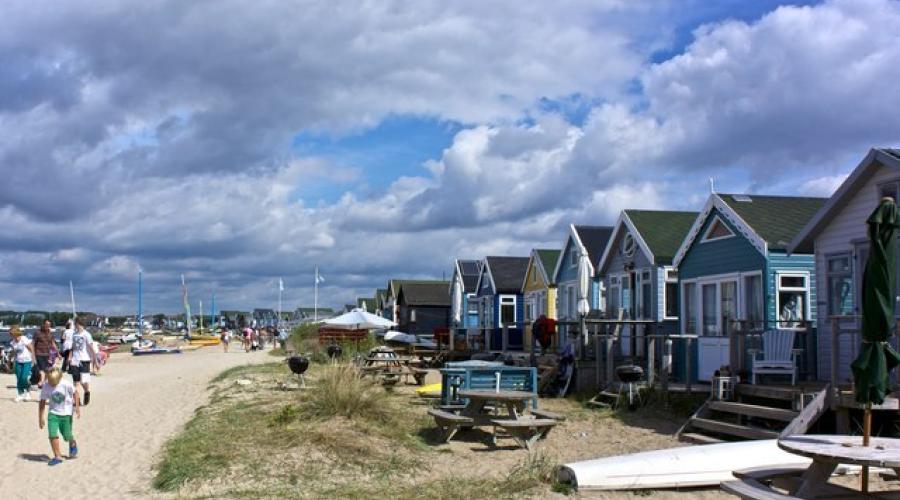 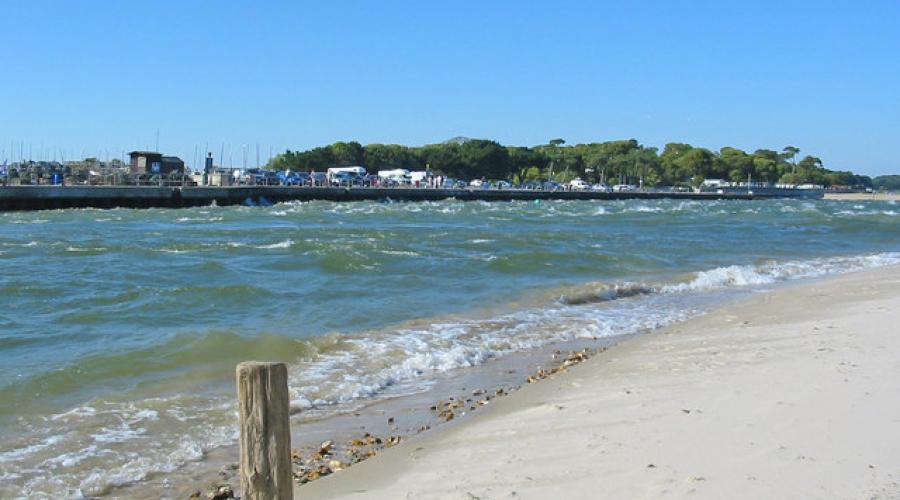 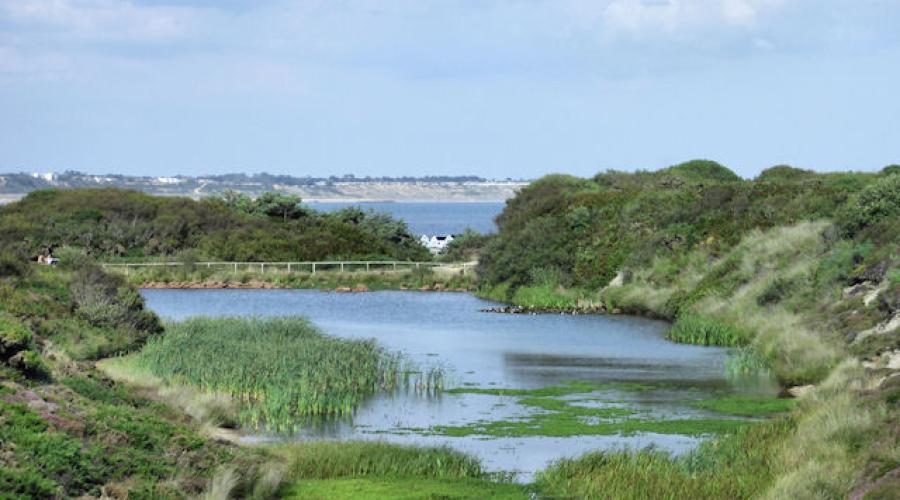 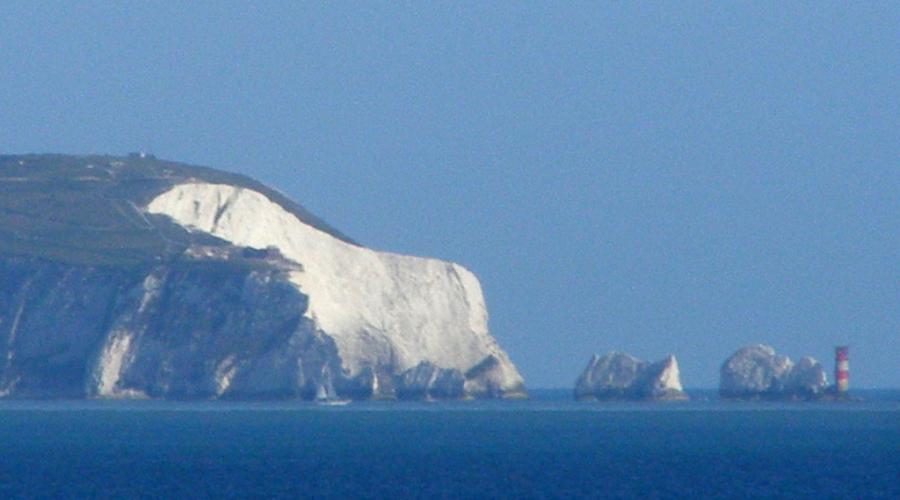 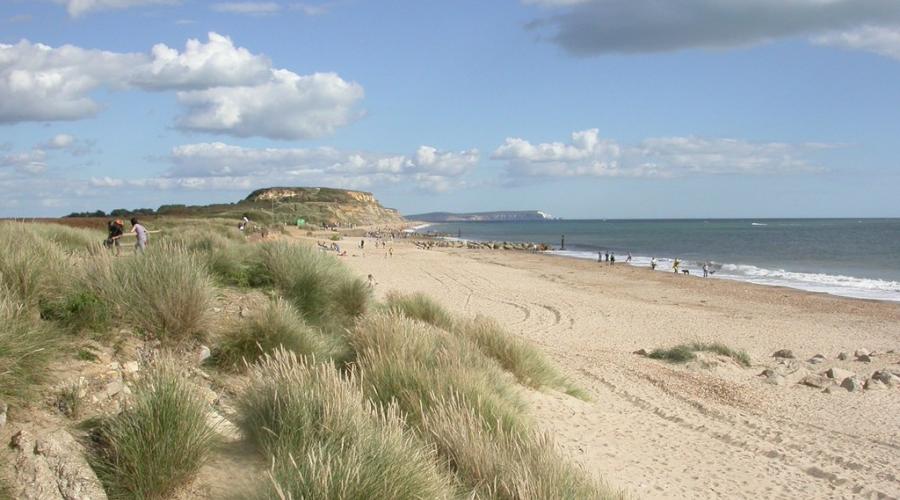 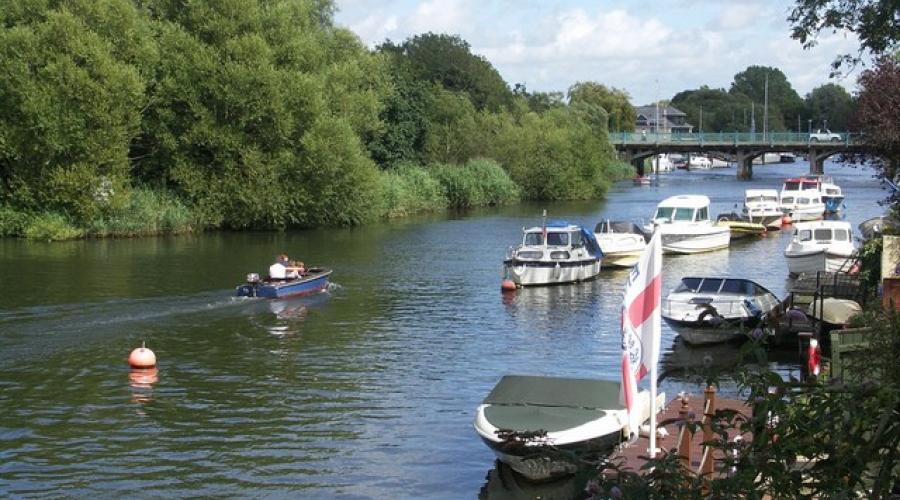 Bring swimwear and a towel if you want to swim at Mudeford Beach.

Wear whatever is suitable for weather, including a hat if the sun is forecast to be strong as much of the walk will be exposed to the sun. Bring and apply a high-factor sun cream.

Walking boots aren't essential so walking shoes or even well-fitting trainers could be worn. Please be aware that the path up and down Warren Hill on Hengistbury Head is quite uneven with sandstone rubble and loose stones in parts.

If you're bringing a dog please bring dog waste bags as there are no dog waste bins at the beach.

There are lots of options for food and drink. At about 11.30 we will have an hour and a half to explore Christchurch town and visit the places of interest independently.

You can either have an earlier lunch in Christchurch or a later lunch at Mudeford Beach. For food you could either:

There are many cafes and places to buy drinks and ice creams all along the route of the walk.